Xiaomi 11i HyperCharge is one of the first models on the market to apply fast charging technology with a capacity of up to 120W. In addition to high-speed battery charging, the device also has many other attractive features to compete directly with product lines in the same price segment.

Xiaomi 11i is applied by the manufacturer with a flat border design similar to last year’s iPhone 12 series. Personally, I think that models using this design will only feel comfortable in the hand if they are small in size. With a screen with a diagonal length of 6.7 inches, the Xiaomi 11i HyperCharge is a fairly large phone. The large size of the body plus a flat frame will make the experience of holding the phone in the hand not very comfortable.

The SIM slot on the bottom edge can hold up to 2 SIM cards or 1 SIM plus 1 microSD card. Both SIM slots support 5G. On the top edge, you can find the IR infrared eye and a 3.5mm headphone jack along with a second speaker strip. The Xiaomi 11i HyperCharge has an IP53 water and dust resistance standard.

Xiaomi 11i HyperCharge is equipped with a high-quality vibration motor system inside, providing a good experience during use. 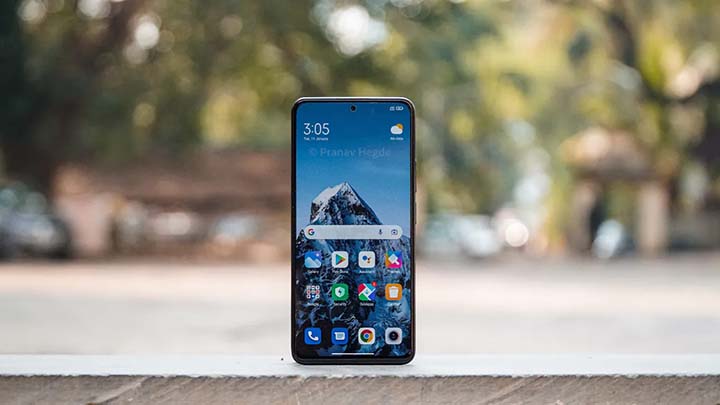 In addition to the internal vibration motor system, the screen is one of the other strengths when talking about the Xiaomi 11i HyperCharge series. The screen of the device is a 6.7-inch AMOLED type, Full HD + resolution with a refresh rate of up to 120Hz. The panel meets the HDR10+ standard and is capable of displaying colors with high brilliance.

The series is Widevine L certified, so you’re free to experience content in Full HD on Netflix or Amazon Prime. The screen has a high brightness level, providing a good experience even when used in the sun.

Xiaomi 11i HyperCharge: Performance and Software

In recent years, MediaTek has continuously launched excellent performance chips, and the Dimensity 920 chip series of Xiaomi 11i HyperCharge is also on that list. The chip gives the phone a level of speed performance, allowing me to interact smoothly with various apps on the operating system. In addition to the high level of performance, the optimization of the MIUI operating system also plays a large part in giving users a smooth user experience.

Dimensity 920 is a high-performance chip in the price segment, capable of handling all different work tasks. All operations with the phone are done definitively and seamlessly. Even when playing games, Xiaomi 11i HyperCharge still offers a good experience even for high-configuration games.

At the time of writing, Xiaomi 11i HyperCharge runs on MIUI 12.5 operating system, built by the manufacturer on the Android 11 platform. The operating system has a neat and eye-catching interface, with all the features and Various options to give users the most complete experience. 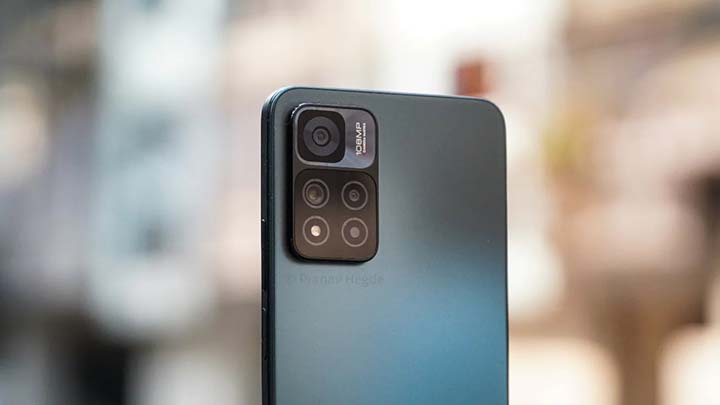 This is not the first time Xiaomi has used a 108MP sensor for its phone model. In fact, up to now, it has been nearly 2 years since Xiaomi first launched the first model with a 108MP camera. However, even after many years of experience in using this sensor, the quality of photos taken from the main camera of Xiaomi 11i HyperCharge is not very good. Specifically, the photos taken with this lens have not really good details when zoomed in. The camera also tends to smooth out the details of the scene, making the photos lose their inherent naturalness. Color reproduction is also not very bright.

Located on the rear camera complex of Xiaomi 11i HyperCharge, there is also an ultra-wide-angle camera with 8MP resolution. Photos taken from this camera have quite good quality compared to the segment, but a bit weak in detail. The manufacturer can overcome this weakness by equipping the camera with a higher resolution sensor.

The 2MP macro camera of the device has a reduced configuration when compared to the 5MP macro cameras inherent in other Xiaomi phones. Photos taken in selfie mode have good quality in color and dynamic range, but human skin color is not very stable quality.

Xiaomi 11i comes with a charger with a capacity of 120W and according to the manufacturer’s words, the device can fully recharge the battery from 0% in just 15 minutes. Our actual usage shows that the number promised by the company is quite accurate.

The device is equipped with a battery with a capacity of 4500 mAh. The device has a fairly long battery life, allowing me to comfortably use it for a whole day without worrying much.