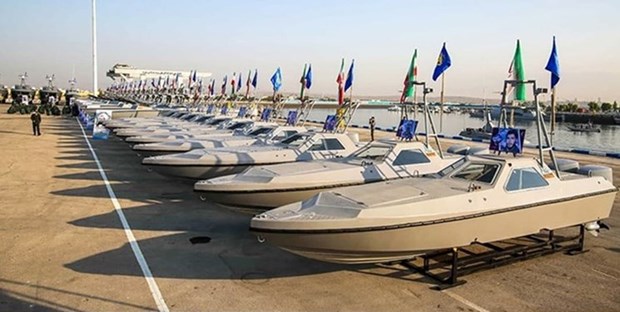 The new high-speed boats have the ability to carry a variety of rockets to attack targets. (Source: farsnews.ir)

These ships joined the IRGC Naval fleet during a celebration of 42 years of victory over the Islamic Revolution.

At a ceremony in the southern port city of Bandar Abbas, Iran’s Armed Forces Chief of Staff Hossein Baqeri described the high-speed boats as “quick, easy to maneuver and equipped with stealth technology. radar. “

Mr. Baqeri claimed Iran has increased its naval power despite the US sanctions imposed.

High speed boats, by the Navy IRGC and Ministry of Defense Iran Co-production, capable of carrying a variety of rockets to attack targets.