The Hong Kong police seized millions of dollars worth of drugs 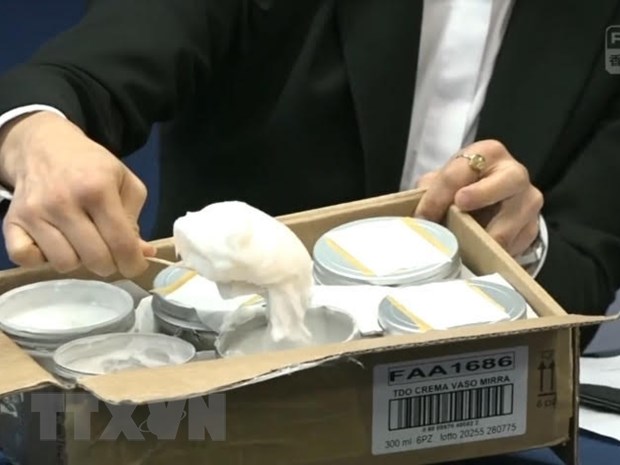 Drug Ketamine hides in a lot of moisturizer (Photo: RTHK)

According to the Vietnam News Agency reporter in Hong Kong, on January 21, the police of the Hong Kong Special Administrative Region (China) said that it had destroyed a drug warehouse in Kwai Chung in the New World area, seized about 62 kg of drugs. ketamine with a market value of approximately HK $ 40 million (US $ 5.1 million).

Police received confidential information, intercepted and searched a man on Lei Muk Street in Kwai Chung on January 19, then ransacked a nearby factory and found 52 boxes of moisturizers including contains the above ketamine lot.

Police arrested a 38-year-old man, who claimed to be a transport worker, on suspicion of drug trafficking. It is not excluded that the police will arrest more subjects.

Police advise landlords to pay attention to tenants who have unusual activities such as frequent windows closes, high electricity consumption, and strange odors in the room. If the landlord knows or lets the tenant break the law, it is also possible.

Amount of drug seized in Hong Kong tends to increase in recent years. Particularly in 2020, the amount of ketamine is affected seize has increased 4 times compared to 2018./.