The first impression of Motorola EDGE S: Only 7 million * immediately have Snapdragon 870 to battle games, will this be a fever in 2021?


Motorola’s return today is an unexpected move that even manufacturers specializing in launching pure-performance models can hardly imagine. With a phone called Motorola EDGE S, we will experience the smoothest Snapdragon 870, no worries about getting too hot at a price too loving. Let me review the first impressions of Motorola EDGE S through this article.

Note: Motorola EDGE S was opened for sale in China with a starting price of 1999 CNY (about 7.1 million VND).

Motorola EDGE S how much is it so attractive? 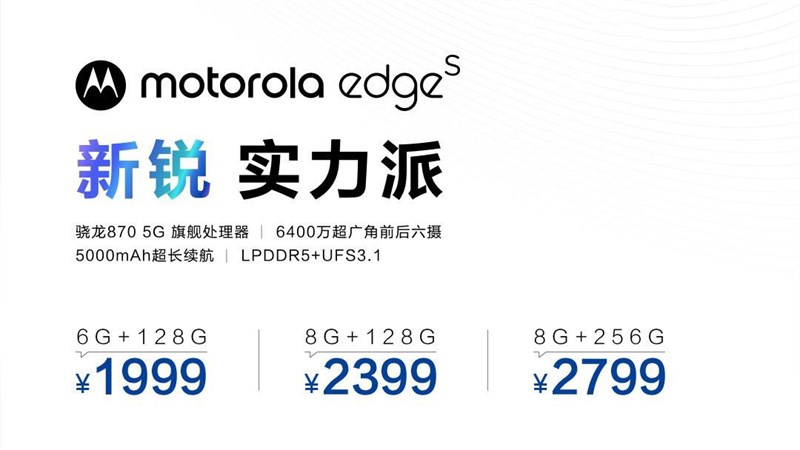 It can be said that the starting price of 7.1 million is too attractive for a phone running the Snapdragon 870 chip at the moment. However, when the portable products come to Vietnam, it is likely that Motorola EDGE S will have a price of VND 8 million or more. Even Redmi K30 Pro launched has a price of 2,999 CNY (about 10.7 million VND) and is showing signs of cooling down to 9 million VND in the Vietnamese portable market, it can be said that the price of Motorola EDGE S is too hot. What an unexpected move for Motorola in the early 2021.

As for gamers who expect a bargain gaming phone, try to wait a while longer when Motorola EDGE S returns to Vietnam. 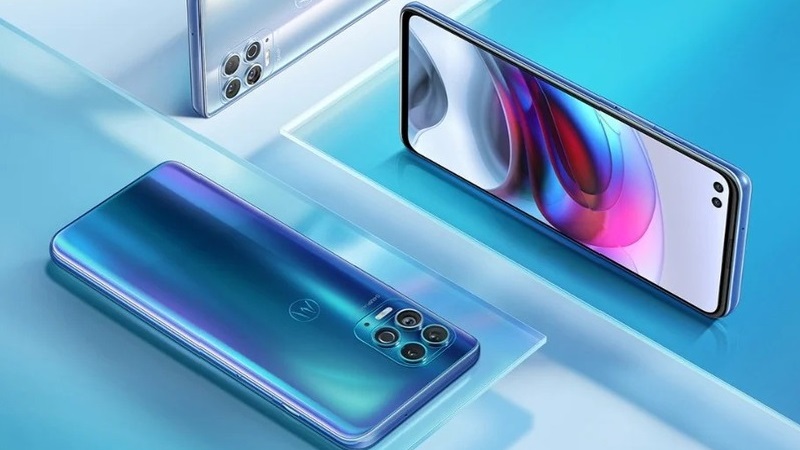 Comes with the built-in 5G and Wifi 6 technology will help the network access speed become super fast. In addition, the device also runs on the latest MY UI based on Android 11, so it fully inherits the full range of modern features.

Perhaps to power the Snapdragon 870 on the Motorola EDGE S, a 5,000 mAh battery is not enough. But how much is enough, I do not know, but with my assessment experience through many phone lines, it is likely that Motorola EDGE S can give up to 6 hours of gaming time continuously (depending on the game). At the same time, with the burden of an additional 8xx chip of the dragon family line, this 5,000 mAh battery when playing games can drop faster if to maximum configuration. 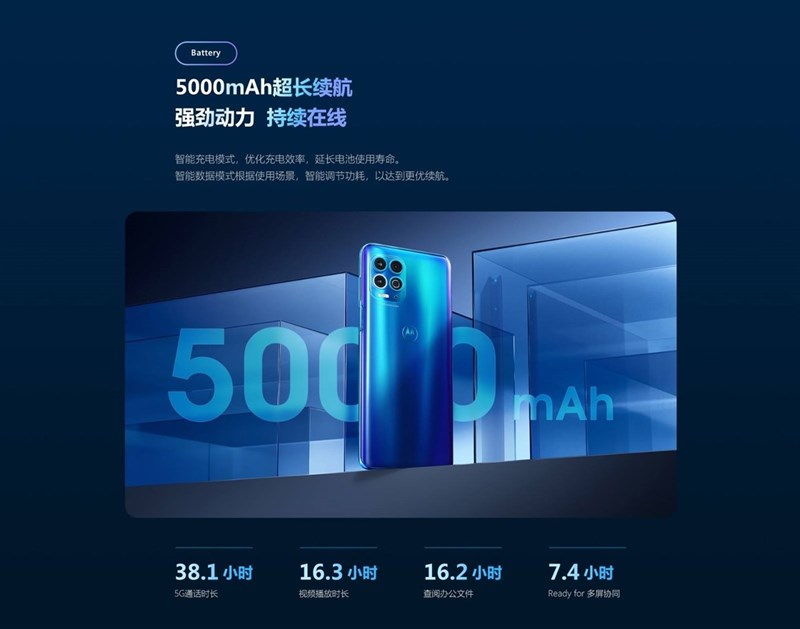 As for the time of experiencing many previous MOTO models, the battery life when used normally by these phones is very long, comfortable for a day and a half, so I believe Motorola EDGE S will have in common. similar experience.

Comes with the machine is a pre-loaded 20 W fast charger that comes with the body case so you do not need to worry too much about this. Fully charging time from 0% may take a little more than 2 hours with the included charger.

In addition to a terrible configuration, Lenovo also cares for the Motorola EDGE S a super cool 4 camera cluster with the following parameters: 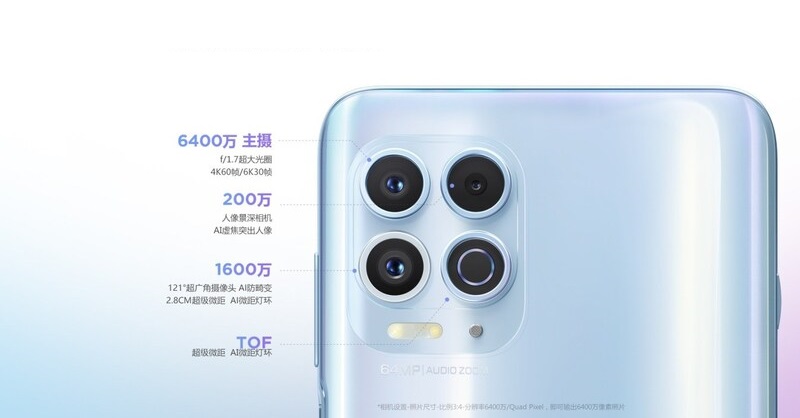 Of course with the 64 MP camera we can partly speculate that the image taken from Motorola EDGE S will be extremely sharp. As for the color quality, I will probably have to wait for foreign experts to review this phone or at least when it comes to Vietnam and I have the opportunity to experience it.

Big screen smartphones are becoming more and more popular right now, and the Motorola EDGE S should not go out of that trend. Therefore, the device is equipped with a large screen up to 6.7 inches, using IPS LCD technology. In addition, this screen also owns a cinema standard 21: 9 aspect ratio, so it will be a bit long.

More about the 21: 9 aspect ratio, currently on the market, not many companies are using this aspect ratio. But I have used a few models with 21: 9 screens, which are quite strange and strange to the rest of the current smartphone world, but the experience on this screen ratio is not bad, especially with the ability to split function to use 2 tasks at the same time. 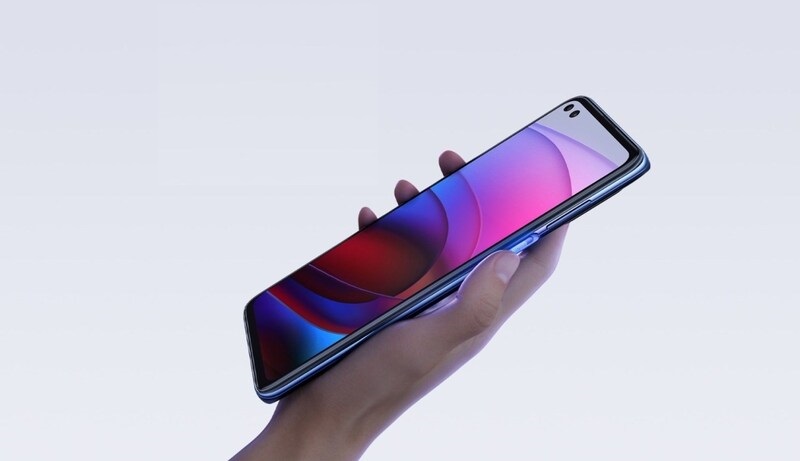 Along with that, the screen of Motorola EDGE S also owns a 90 Hz refresh rate, giving a smooth touch feeling, along with beautiful colors due to the DCI-P3 color range, HDR10 standard.

It seems that this time Lenovo wants to play big with the Motorola EDGE S when it comes to a 7 million phone, with a Snapdragon 870, comes with a range of attractive technologies from batteries, cameras to screens.

What do you like best on the Motorola EDGE S? Don’t forget to leave a comment below. Especially when the device returns to Vietnam, I will find ways to directly put this product on hand, please pay attention to watch it. 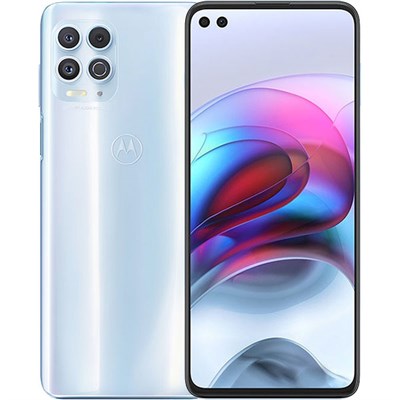 Cu Bo Nguyen
She should return to Vietnam quickly, in urgent need of changing ??
Reply ● Prefer ● 22 hours ago● ?