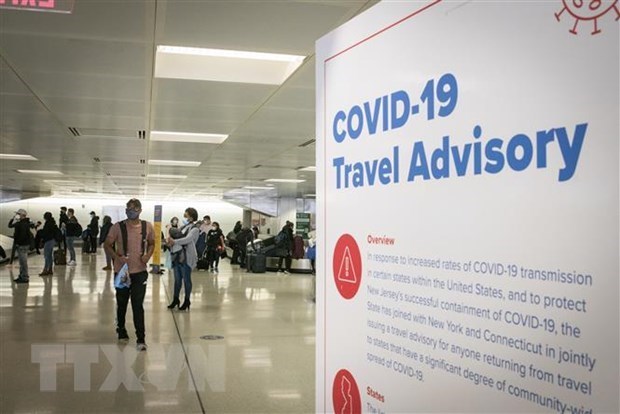 All of these highly anticipated trips have been canceled due to the COVID-19 epidemic. (Source: AFP / VNA)

Every late winter or early spring, people all over the world plan trips that have become a routine every year.

Chinese workers return to their hometown for the Lunar New Year, and American students organize picnics to clear beaches Spring vacation, Germans and Britons turn to the sun in the Mediterranean for Easter.

However, all of these highly anticipated trips have been canceled by the “dark cloud” known as the epidemic of acute respiratory infections COVID-19.

Amid growing concerns about new variants of the SARS-CoV-2 virus, many countries have imposed travel restrictions at a time when people all over the world are heading towards the busiest travel time of the year.

This means the “pain” is lingering on airlines, hotels, restaurants and tourist destinations, which have struggled for more than a year due to the pandemic.

American universities had to cancel the Spring break to limit student travel. Every new news about the epidemic seems to involve the imposition of new restrictions on the epidemic.

US President Joe Biden has re-imposed travel restrictions on passengers from more than 20 European countries, South Africa and Brazil, while those leaving the US are also required to have a negative test. with the SARS-CoV-2 virus before returning to the country. 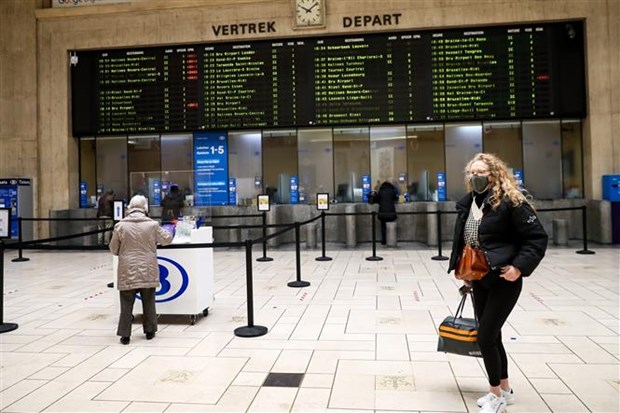 A secluded scene at Brussels central station when an order to restrict and prohibit people from traveling abroad for non-essential reasons was issued to prevent the spread of COVID-19. (Photo: THX / TTXVN)

Canada has banned flights to the Caribbean. Israel closes its main international airport.

Migration to countries within the European Union (EU) is also restricted as the bloc tightens immigration rules for visitors outside the bloc.

The situation is becoming more difficult in Europe due to vaccination programs COVID-19 Implementation was somewhat delayed, with the arrival of new variants.

Travel company TUI is offering tour packages to Greece and Spain, but with cancellation terms.

At bus stations and train stations in China, the bustling Lunar New Year atmosphere was sagged by the COVID-19 epidemic, and instead the anti-epidemic spirit was raised.

“Spring Yun” – the world’s largest annual “migration” activity in China during the Chinese New Year – has started on January 28, but the number of passengers has decreased significantly.

For the millions of Chinese migrant workers, this is often the only time of year for them to return to their homeland.

But this year, the authorities pledged to give money if they decide to stay. The Chinese government also urged people to avoid traveling after it discovered new outbreaks of COVID-19.

In Beijing, only 5 of the 15 security gates at the downtown station are still active. There was no longer the image of crowds of tourists gathered in the shopping mall outside the station.

The Chinese government estimated that 1.7 billion visitors moved during the occasion Lunar New Year this, down 40% from last year.

Meanwhile, Thailand, a country with about 10% of the population relying on tourism, requires a 2-week quarantine for foreigners at designated hotels, priced at $ 1,000 or more.

Up to now, only a few dozen people every day choose to travel to Thailand.

The World Tourism Organization (UNWTO) in January released a report showing that the COVID-19 pandemic in 2020 has “blown away” $ 1,300 billion in revenue, 11 times higher than the damage the tourism industry has recorded. received in the global economic crisis in 2009.

This Madrid-based organization said the number of international tourists last year decreased by 1 billion, or 74%, and warned that the pandemic threatened 100-120 million jobs directly in the Tourism.

According to the UNWTO, the implementation of the COVID-19 vaccine promises to help the tourism industry gradually recover in 2021, but many countries are re-imposing stricter travel restrictions such as quarantine and testing. forced and closed borders due to “natural development of pandemic” ./.