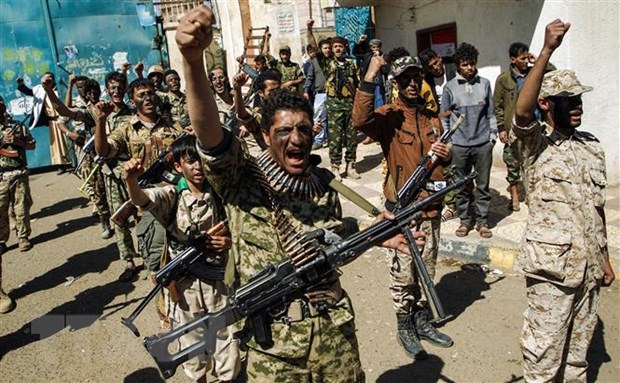 TV channel Ekhbariya reported that on January 22, the Arab coalition led by Saudi Arabia had stopped two attacks by Houthi forces in Yemen on the same morning.

Specifically, the coalition had promptly stopped and destroyed a vessel gunpowder in the southern Red Sea area and a Houthi drone is headed for Saudi Arabia.

This is part of a series of fair attacks rocket and drones targeting many areas of Saudi Arabia, mainly border cities.

Most of these attacks are blocked before they reach the target.

Yemen has been mired in civil war since late 2014 when the gunmen’s Houthi conquered the capital Sanaa and the government of President Mansour Hadi was exiled.

In 2015, a military alliance between Arab states led by Saudi Arabia intervened in Yemen to assist President Hadi’s administration to restore power.

According to the United Nations, up to now, conflict now Yemen has claimed the lives of tens of thousands of people, mostly civilians, and caused the world’s worst humanitarian crisis.

The administration of former US President Donald Trump recently included Houthi forces in Yemen on “a list of terrorist groups.”

The US’s view of Houthi as a terrorist organization will stop many transactions of this force, including banking transactions as well as buying and selling food and fuel.