A long time has passed but Microsoft's efforts in popularizing and attracting developers, developers involved in building software for this platform have yet to make significant progress.

Microsoft had a dream at the time when the Windows 8 operating system version was released, that Windows software would become "versatile" Windows applications that could work on all platforms from mobile phones. , tablets, personal computers, and Xbox gaming consoles. Microsoft's original plan was to help developers just write applications once and they would be able to run on all platforms. This dream began to show signs of "dumping" when Microsoft's Windows Phone mobile platform was "killed", and at the present time, it can be said that everything has ended.

Microsoft has spent many years urging developers to write applications specifically compatible with the company's Universal Windows Platform (UWP) standard, so today, the company officially closes the final nails on the coffin. UWP. Microsoft's latest move that allows game developers to bring full Win32 applications to the Microsoft Store app store means that games that have been published in other popular game markets like Steam can also be upload to Microsoft Store without rewriting according to UWP standard.

"We realize that Win32 is the application format that developers like to use and that gamers also like to play, so we are excited to announce that we will fully support the original Win32 games. on the Windows Store application store of Windows,"Microsoft game director Phil Spencer shared."This will bring more options for both developers and gamers, allowing them to customize and control the game the way they want on the open game ecosystem of Windows." 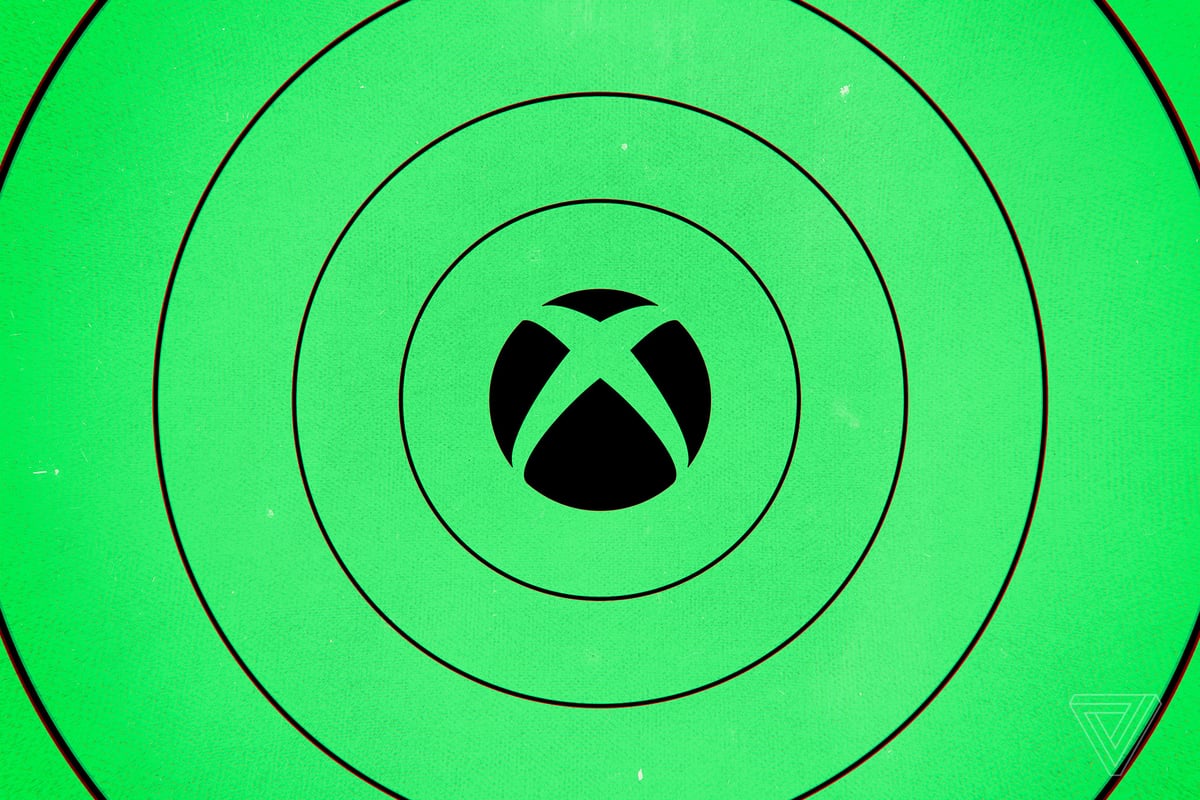 This is a big change for the Windows app store, especially because the game is one of the most downloaded applications on online app stores. Previously, developers were forced to publish their games to the Windows 10 platform in the Universal Windows Platform format, which did not provide the necessary customization capabilities that developers were always looking forward to on the Windows platform. many years.

The door has gradually closed for UWP for many months. Recently, Microsoft unveiled a plan to convert its Edge browser to use Chromium kernel, "stay away" from the UWP format so that the browser can work on operating systems like Windows 7 and Windows 8. and macOS. Joe Belfiore (Microsoft) in an interview with tech site The Verge At the beginning of the month, the UWP standard was recognized as a "reverse wind" on Edge's development line. "Not because the UWP is a poor standard, but because the UWP cannot match a "mature" 35-year-old platform and has a huge amount of application written on it,"Belfiore said.

There have been many Microsoft engineers and developers who have to admit that the UWP standards set too many limits on their own applications, and many third-party developers often have to make choices between write a standard UWP application for Windows 10 or a traditional desktop application that works on both Windows 7, Windows 8 and Windows 10. Microsoft has gradually expanded the definition of the UWP standard, allowing The developer repackages desktop applications to put on the Microsoft Store, but Microsoft's original vision is to create new style apps that are compatible and work on every platform from a computer. personal, phone, tablet, Xbox game console and HoloLens virtual reality glasses. With Windows Phone's "death", Microsoft's original plan with UWP seems to have become much less feasible. 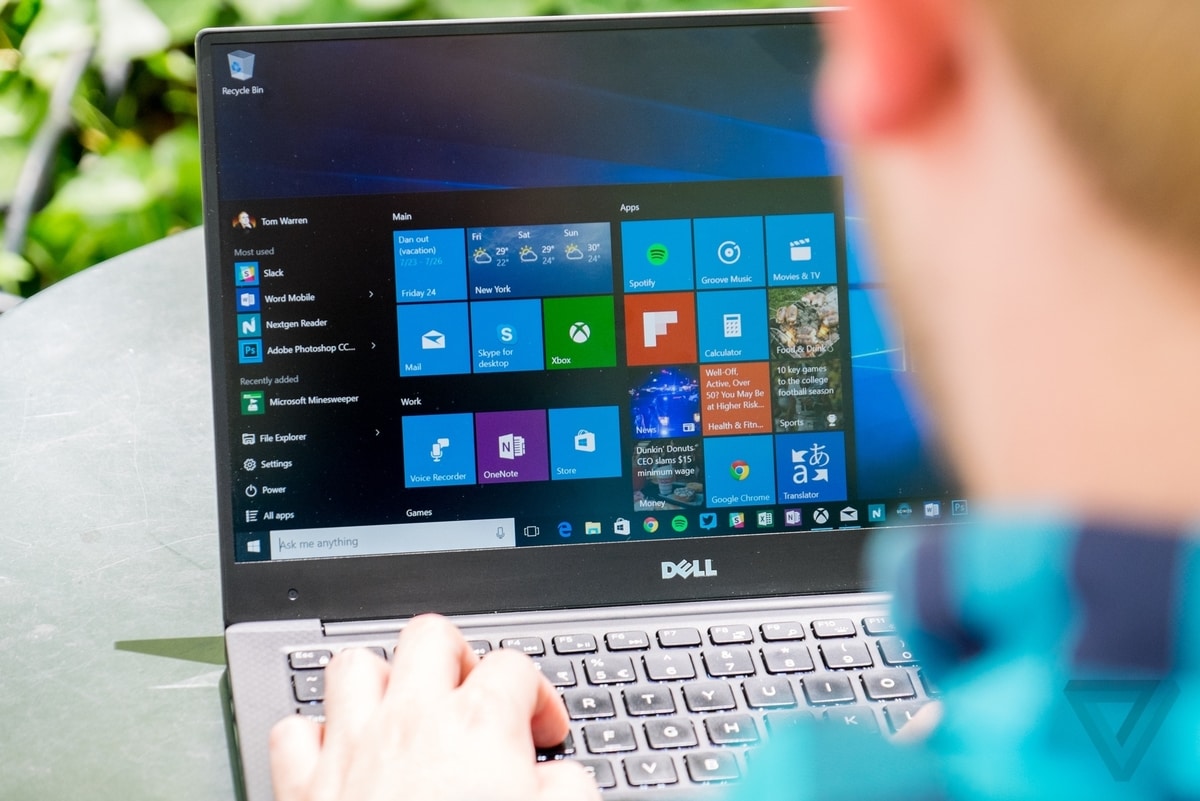 Even recently, Microsoft suspended the project to develop a touch-screen version of Office UWP, citing the reason that the company wants to focus on improving the web-based Office suite and Office apps on iOS. Traditional, Android, and desktop before. Office has always been one of the most important UWP applications, and is a good example of Microsoft showing how its new UWP platform can build complex applications …

Ultimately, Microsoft responded to requests from game and game developers, and did not "force" them to use the UWP standard anymore. "You told us that you want to separate the sections of Universal Windows Platform to adapt gradually through each stage,"Kevin Gallo, director of platform for Windows developers, explained. That means developers can choose to gradually integrate the advantages of UWP over time. Other interviews with professional reporters ZDNet, Gallo also revealed, "When our plan is complete, all software will simply be called 'Windows applications'."Of course, Microsoft has not done that yet, but it is aiming to provide each UWP feature separately to every developer. 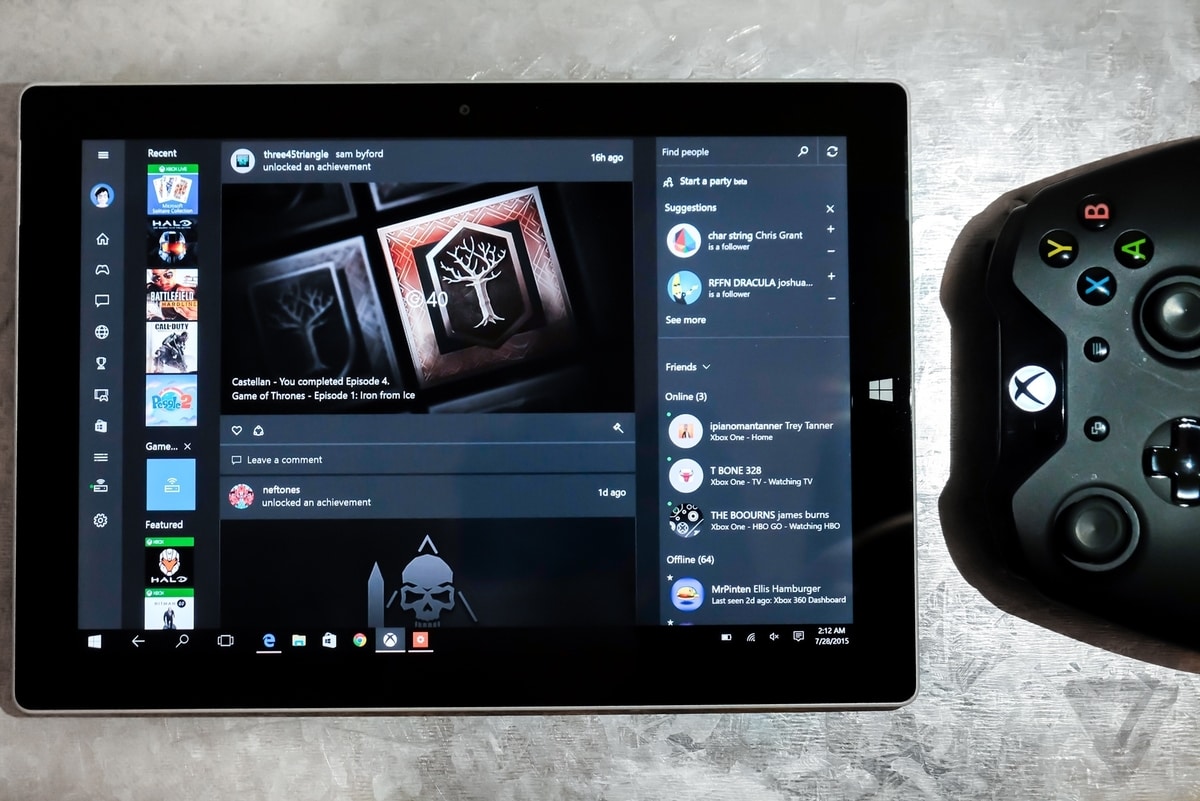 Anyway, Microsoft's move is good news for both Windows developers and users. We will see more games appear on the Microsoft Store, and they can deliver the same experience that PC gamers expect, and so do other applications. Over the years, the Windows Store app store has become flooded with "junk" applications, and Microsoft seems to have encountered a lot of difficulties in attracting developers in the past. This new approach by Microsoft even impressed with Epic Games CEO Tim Sweeney earlier this year.

With Sweeney's support and Microsoft's new move to bring the company-developed games to the Steam platform, Spencer's team is becoming more and more open rather than tying themselves within the device. Play Microsoft Xbox game. At the present time, we still need to wait and see what developers will do with the Microsoft Store store and Windows application development platform, which is no longer limited as before.