A father living in Louisiana has filmed a video of his 5-year-old son demonstrating a skill in driving a crane excavator, which was seemingly impossible at this age.

The video shows the boy sitting inside the crane compartment and using the controller to operate the excavator crane. 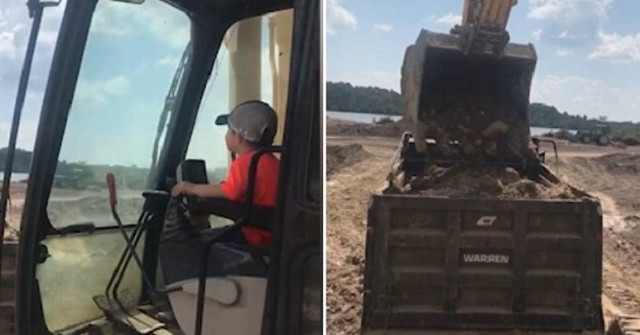 The boy, under the direction of his father, steered the boom, shoveled the soil and dumped it into a waiting dump truck.

“My son and I are in a local dirt hole, every time we bring this car into operation, I leave him on my lap and show him how to control and operate the car”… – The man shared. “During the last landing, we let him try this, this is when I feel comfortable and secure for him to do it. So I walked out, turned on the camera to shoot. and let it do its job “.