Recently, there have been a lot of virtual coins advertised as minable on mobile phones. With a smartphone, users simply download the application and then the machine will automatically mine without consuming battery, according to the ad of the team developing these virtual currencies.

These virtual coins are now quite downloaded on the Play Store as well as the App Store, thanks to attracting participants in the form of ‘seeding’ in virtual money groups on social networks, which means people who enter first to call people to enter. then enter the code to dig together. This has helped a virtual currency Pi Network has 13 million users, as ICTnews reflected not long ago. 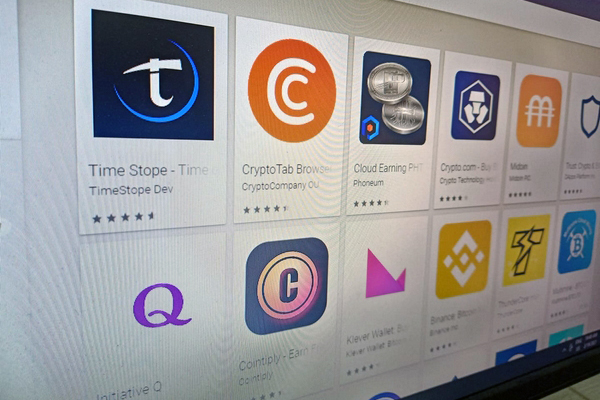 Many virtual currencies have appeared rampant on the application markets recently, and are not safe by experts

Assessing the Pi, Dr. Nguyen Le Anh, a leading math and IT expert in Vietnam, recently warned “Pi is just a clock running time, it gives the feeling of using a phone to mine money“.

By analyzing the code, this PhD in mathematics and physics pointed out many of the irrationalities of Pi Network. If the mining is done on the phone, it will naturally drain the battery and the machine becomes very slow.

But in this case, when many people believe that Pi mining being done on mainframe and mobile systems is just community building, says Dr. Le Anh predicted “If indeed there is a Pi, it is not in your phone, you do not have a Pi, you only have the system rights for Pi“.

“The scam system will expose the Pi exchange where the price increases daily. At that time, you will be advised to pay a little more Vietnamese currency and you will buy a lot of Pi. Then you will be withdrawn, because you have provided the fraudster with all the information necessary to take all of your money. This scam system, not fooling you right now, will feed you for a while and will calculate the exact timing of cheating all of you.“, Dr. Le Anh warned.

He concluded, “Currently, the new PI app is just a digital clock that you think is money. This is just a scam. The pros who are trying to promote Pi’s superiority are making a lot of money without losing anything, and trying to block information about the scam nature of the PI virtual currency.“.

Despite the recent warnings, the Pi Network group is still active with more than 123,000 Vietnamese members. Many users are also eager to share KYC (identity verification) and carry out daily surveys, which is essentially using their personal information in exchange for virtual money.