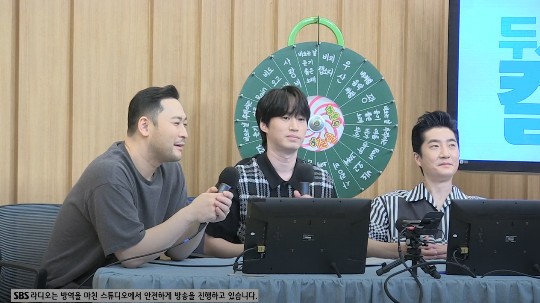 Epik High Tablo said that he felt proud of the production of ‘Fly’, which made BTS dream of becoming a musician.

On this day, DJ Kim Tae-gyun was envious, saying, “BTS uploaded ‘a good song to listen to on a rainy day’ on their official account.”

Tablo said, “It’s an account the members run together, so I can’t tell if it’s RM or another member. We captured and uploaded what we were listening to,” he thanked.

When DJ Shin Bong-sun asked, “How do you feel about BTS posting it on the official account?” Tablo said, “RM and Suga are so close to us. We didn’t know each other before, but when we were doing music shows, they came to our waiting room to take pictures and say hello.”

He said, “They said they dreamed of becoming musicians after listening to our song ‘Fly’. It’s an honor. Every time I see BTS receiving awards from all over the world, I think they did a good job making ‘Fly’.”

He continued, “I exchanged text messages with BTS saying ‘thank you’ and ‘I heard the song well’. I am sincerely grateful that many people other than BTS have given me strangely many recommendations.”

Epik High released their first single ‘Rain Song’ on the 29th. ‘A nice song to listen to on a rainy day’ is the first digital single released by Epik High in 18 years since their debut, and it is an epic successor to the previously loved ‘Umbrella (feat. Younha)’ and ‘Cold (feat. Lee Hi)’. This is Hi’s new seasonal song.