Launched in November last year, Flight Simulator 2020 is an aircraft simulator game that has been named the heaviest in human history with a capacity of up to 2000 TB, or about 2,000,000 GB. According to the Microsoft developer, they will rebuild the entire surface of the earth that humans live in in Flight Simulator 2020, from cities, houses, buildings, airports, seaports … all will be recreated. via data from Bing map with an error of only 3cm. 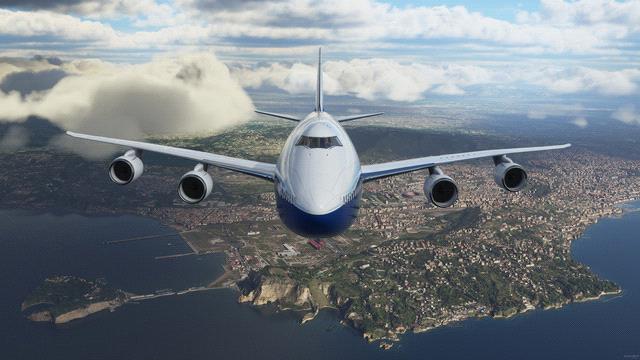 Specifically, Microsoft has unexpectedly released the official configuration requirements of Flight Simulator 2020, as what the company promised earlier, gamers will not need to have a huge PC but only a PC Gaming Normally with Intel i5-4460 CPU, 8GB RAM and RX 570 graphics card is able to play Flight Simulator 2020 at the lowest setting. However, gamers will need a strong network connection to play the game smoothly. 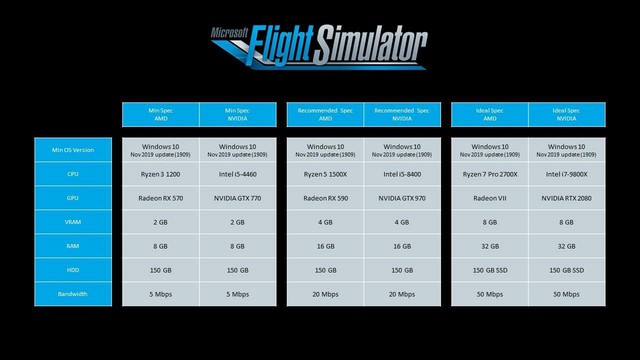 If you want to play Flight Simulator 2020 at 1080p / 60fps with Hight Setting, gamers will need a mid-range PC at the present time or higher. With Intel i5-8400 / Ryzen 5 1500X CPU, 16GB RAM and RX 590 / Nvidia GTX 970 graphics card – a PC configuration that gamers can completely achieve. However, network bandwidth will need at least 20 Mbps to be able to play the game smoothly.

Further, if you want to play Flight Simulator 2020 at 4K / 60fps with Ultra Setting, gamers will need a true PC monster. The CPU will need Ryzen 7 Pro 2700X / Intel i7-9800X, 32GB of RAM and one of the most powerful graphics cards available today – Nvidia RTX 2080, accompanied by a super-fast 50Mbps network connection.

4 ways to transfer data from iPhone to iPhone

Post Views: 85 If you're new to a new iPhone, you're wondering "How to transfer data from old machines to new machines" then here are 4 ways to do it. 1. Transfer with Apple's "QR Code" Unpack a new iPhone or put an old-new iPhone that you want to receive data next to the old […]

How to improve the realization of moC

Post Views: 60 This article applies to games and apps that monetize ads. However, the actual DAU needs to consider the product’s DAU level. Relatively speaking, the larger the magnitude, the more space can be optimized. When it comes to monetization of advertising, it must be inseparable from eCPM prices. So how can we improve […]