When running in PUBG Mobile that the bo is about to come, many people will jump onto the nearest car and jump into the safe zone. And because of the rush, many gamers who are unfamiliar or new to playing will not be able to control them well, because at that time we will not run along the asphalt, but most of them will climb haphazardly up the hills, and there are many directions. By the way, it doesn’t do that well.

Not to mention the stumbling block of the enemy, so now you will need the best means of optimization in the run. So now you will have to make choices about your running journey. Here are the best vehicle options that you can choose from in the maps.

PUBG Mobile: Combining the best vehicles in the game 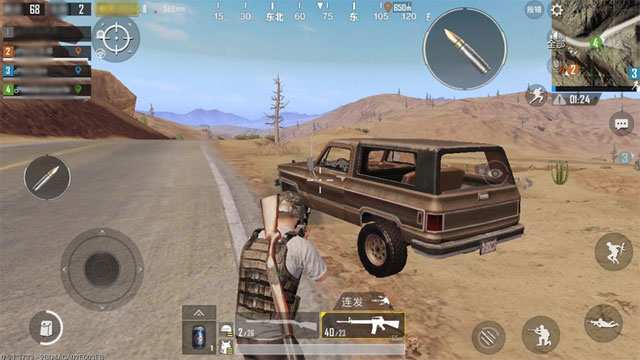 If we encountered this vehicle while cruising in Miramar, it would be a drought with heavy rain. This vehicle creates a sense of safety for occupants when the rear part is roofed and is not a truck type. Moreover, it can travel in a variety of terrain without much problem.

Although the speed is slower than some other means, but in return, the buffalo will be better. If you tip into the focus areas of the map, this is the means you should choose, because at that time there will be an enemy ambush available in these areas to attack. 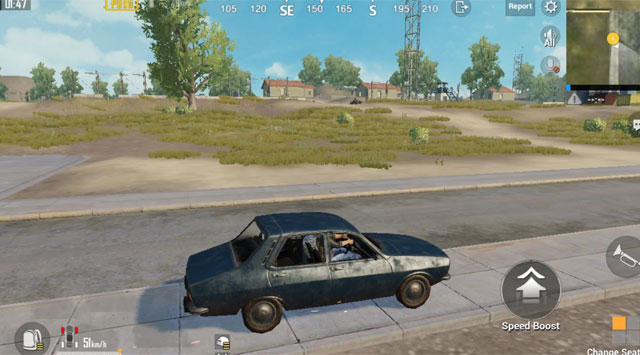 Another 4-seater car that can appear on any map and has the fastest speed in the game. This car reaches an average speed of 110km / h and burns little fuel, but if it is used to climb hills, it is not appropriate.

Dacia, which only works well on long roads, if trying to climb the mountain, the car will move very slowly, even if it is too steep, it may not be able to climb even when boosting. At that time, if there are enemies passing by, the probability of you being alive will be very low, and if you try to sit in the car, the durability of the vehicle will not protect you at that time.

However, if running on the road, the noise of the vehicle will be very low, the enemy will be difficult to detect. So Dacia is only suitable for running long distances. UAZ is the only vehicle in PUBG Mobile currently has two versions, one is the regular version and the armored version. UAZ version usually you can find anywhere on the roadside in all 4 maps.

UAZ has an advantage over Dacia in that this bike is a bit better at climbing hills, plus its toughness makes the gamers sitting inside always feel safe. In addition, when you see an enemy in front of you that can be boosted to hit directly, the enemy will die without yawning. 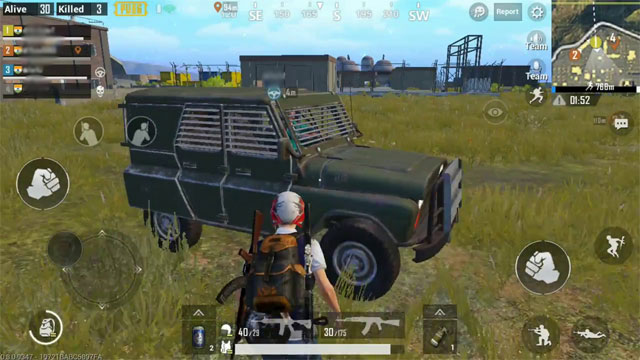 In the armored UAZ version, the design is not much different except that it is armored quite carefully to increase the resistance. However, to own this car, you must have a Flare Gun, stand outside the white circle and shoot the Flare Gun, then wait a bit and you will see the “heaven for”. 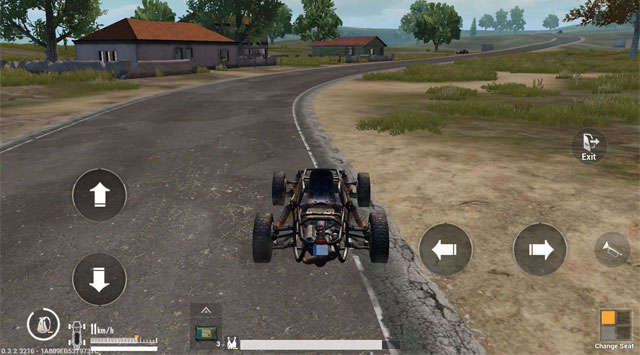 Buggy’s downside is that it cannot shield gamers sitting in the car and can only carry 2 people. But its advantage is that it can climb most types of terrain and easy to drive, moreover, the great acceleration will help gamers run pretty well when it can run smoothly on the road and even the hills. . However, the person sitting in the back seat will not rest if ambushed while moving.

If you have to choose between a motorbike and a car, most players will choose to use a car. Partly because of safety, partly because there are more seats and especially not losing blood by acrobatics while on hilly terrain, especially with the people behind.

However, a motorbike also has its own advantages that no vehicle has. The first is that it possesses the fastest speed in this ranking, in addition, if it is ambushed, it is difficult for the enemy to hit because the motorcycle is small, moving fast so the enemy even is equipped with teeth. it is impossible to blow up a motorcycle zigzagging on the road.

However, there are only two seats in the background sometimes they are used a lot in Duo mode, but if you play Squad and all four are still alive, you have to find two to run. In addition to the main version, Motorcycle also has a Motorcycle-W version with 3 wheels, adding a teammate sitting on the side to support. However, this vehicle is very rarely used because it is difficult to control, the speed is slower than the motorcycle and is very easy to flip.

Understand the structure and working principle of a refrigerator

Post Views: 49 Fridge is one of the essential equipment for every family, especially on hot summer days. So have you ever wondered Structure and operating principle of the refrigerator how? Our article will help you to find out details about this issue. content Components of the refrigerator includes what parts? Principle of operation of […]

This is the beautiful Samsung Note 10 red version, only limited sale

Post Views: 84 Besides the two black and white and gray previously leaked, Galaxy Note 10 also has a completely new red option and looks extremely beautiful. As expected, Samsung will launch Galaxy Note 10 product line next week. At the moment, we have seen a lot of leaks related to this flagship, but the […]