“STAND BY ME Doraemon 2” Review

On the day of the synopsis, Nobita finds an old teddy bear full of memories with her kind grandmother, and decides to meet her, so she pushes the opposition of Doraemon and heads for the past with a time machine.Quote-Wikipedia

This work is Doraemon’s 3DCG work.
As the title suggests, this is the second full CG work of Doraemon.
The director is Takashi Yamazaki and Ryuichi Yagi, and the script is Takashi Yamazaki, which is the same as the previous work.
Produced by Shirogumi, ROBOT, Shin-Ei Animation 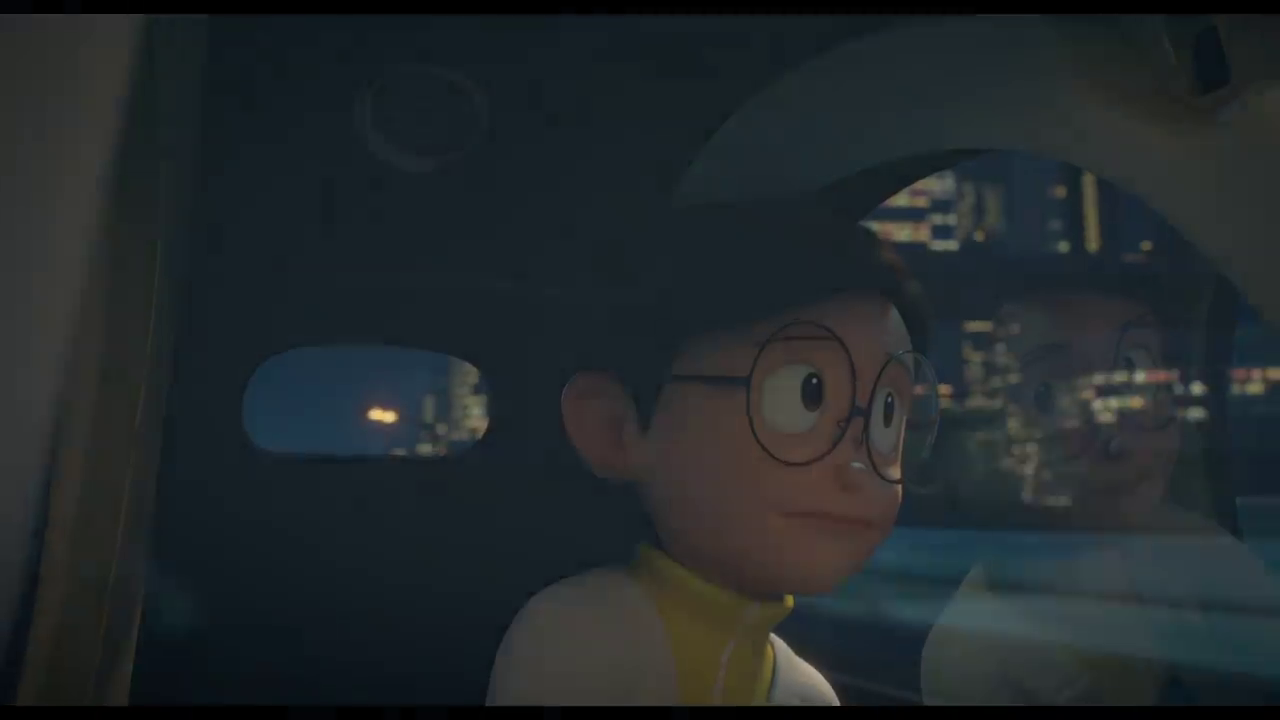 This work has a strong meaning after the previous work,
The movie begins at the end of the drinking party between Nobita and Gian on the eve of their marriage.
On the way back, Nobita, an adult who floats on the ice somewhere uneasy,
What is he worried about on the eve of marriage, the originally happy day?
It makes me feel the expectation for nature and the story.

As mentioned in the review, the previous work was “Doraemon in 90 minutes”
Even people who do not know Doraemon at all can understand the work called Doraemon
It’s a story, and to put it badly, the original is famous.
It has a strong feeling that the episodes are spliced ​​together, and it is modified to put together in 90 minutes.
It was a work in which the deterioration to support the emotional element was conspicuous.

However, this work does not have such a “joint” feeling from the beginning,
It makes me feel that the story structure is quite natural.
Without having to proceed at once with a digest
The story of the future adult Nobita naturally shifts to the modern Nobita,
I go to see “Grandma” who has passed away Nobita.

Among them, there are some parts that are “modified”.rather than
It clearly depicts the “foreshadowing” for later stories,
If Nobita suddenly came back alone on a time machine
I lost my memory a while ago, or another Doraemon with a transparent cloak
There is a hint that it is easy to understand that it is acting suspiciously.

What was Nobita’s behavior now?
What did the transparent Doraemon come to?
Because it is an easy-to-understand hint, I am quite worried. 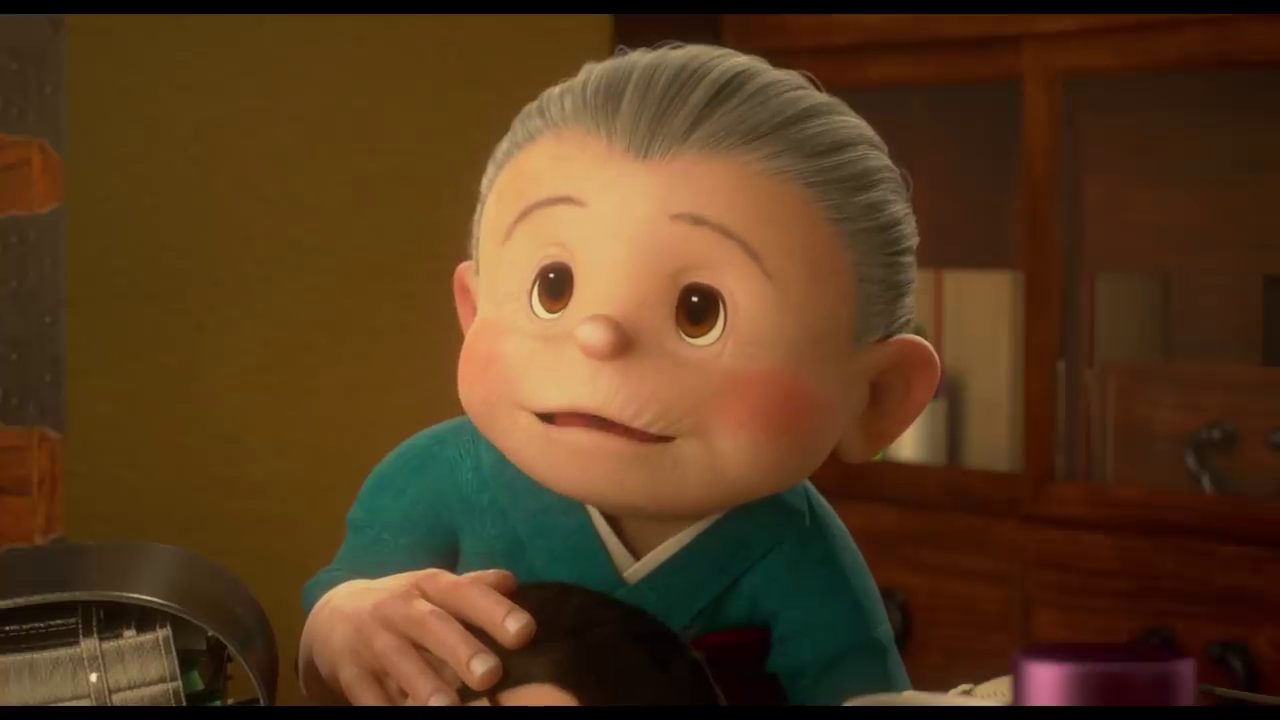 This work is based on the original “Grandma’s Omoide”
The story of “the day I was born” and “45 years later …”
The story is built based on it.
Like the previous work, it has been modified, which is a change.

Most of the famous “Grandma’s Omoide” episodes
Although it has not been modified and it is an episode that I know, it stimulates the lacrimal glands,
This episode is interrupted.
Grandma said, “I want to see Nobita’s wife next time.”
Nobita tries to show her future wedding to her grandmother.

In the original story, he goes back to the present age and asks Shizuka-chan to get married now.
It ended with a gag punch line, but this work has a future wedding ceremony
It has been modified to show what it is.

The modification up to this point is natural and the last
The development of really taking grandma to the “future wedding”
If it hadn’t been expanded to the middle stage, I might have been able to “cry” obediently.
The beginning and the end are good,
This work has the worst process to get there. 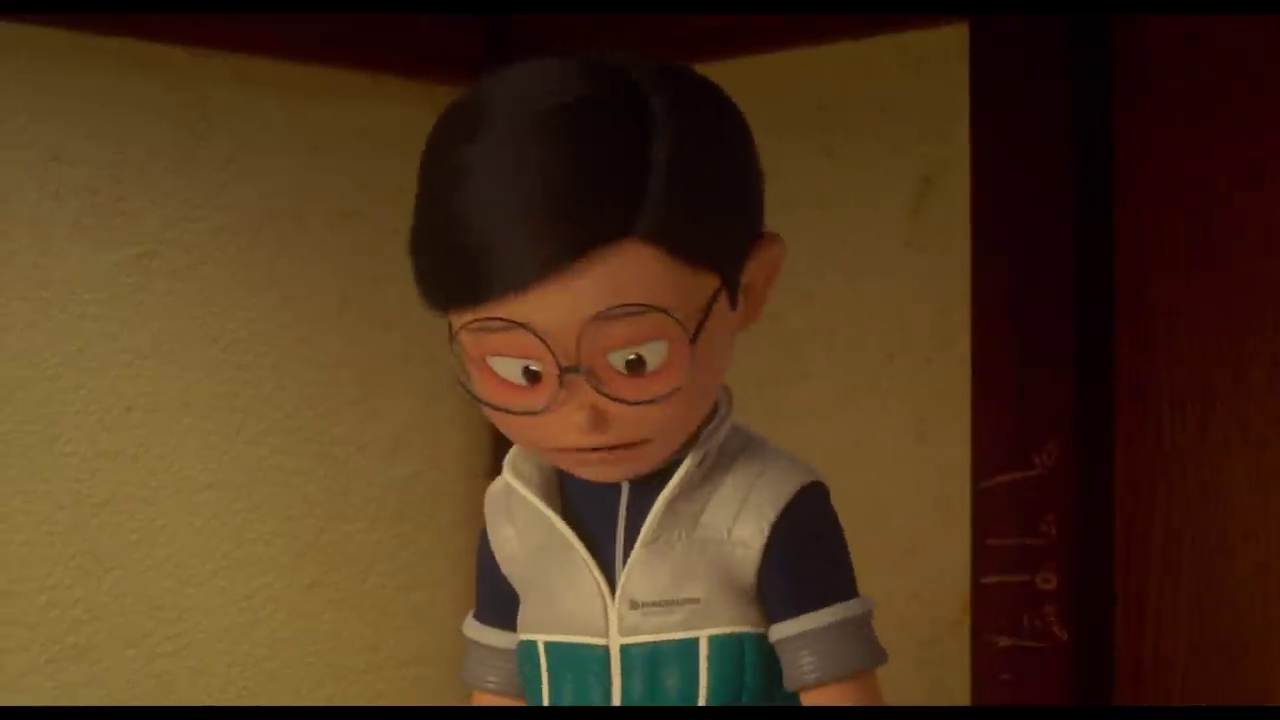 As it is a catch phrase of this movie,
Nobita, who has grown up, does not visit the wedding venue on the day of the wedding.
“Why” he didn’t come to the wedding
It’s a very disturbing situation for the viewer.

However, in such a situation, “Nobita” became an “adult Nobita”.
It will be a flow of participation instead of a wedding ceremony.
Although the flow is similar to “Romance of snowy mountains”
Before taking the place of adult Nobita, take a quick look at adult Nobita
I should go looking for it, but for some reason I don’t.

Walk on Virgin Road instead of adult Nobita
Watch over Shizuka-chan’s dad and Shizuka-chan,
Make an oath, exchange rings, and kiss an oath
Nobita faints, but as a viewer
“Shizuka-chan” looks so cute that I can’t help it.

The main part of the wedding
It’s all done with Nobita, an adult child.
Probably a one-time wedding.

I understand that the child Nobita is nervous, but it’s a gag,
As for the viewer, “Adult Nobita”
I can’t help wondering why I ran away.

By the way, Grandma has been waiting all the time in the past.
Because I’m going to do various things in the air
I can’t concentrate on the story because I’m worried about the dangling part.

After all, after the reception, I went looking for adult Nobita,
It is a development only to have “Children’s Nobita” have a wedding ceremony.
Shizuka-chan, who was given a wedding with her child Nobita, looks cute and can’t be helped. 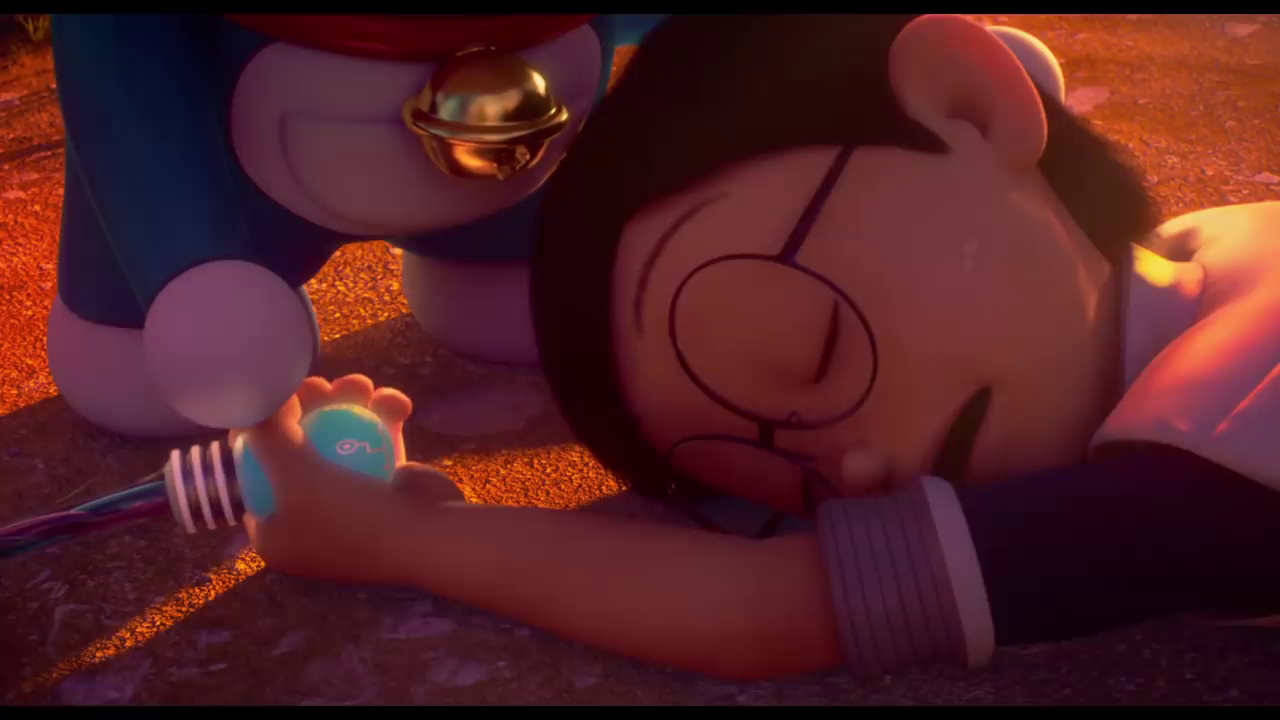 There must be a good reason to “escape” on the day of the wedding.
Perhaps the person who saw this work until Nobita, an adult, tells the reason
I should have thought so.
However, the reason is “vague anxiety” (bitter smile)

I did something, I was in a traffic accident,
I got lost, or I was late because I was helping someone.
It is not the reason why such “viewers” can be convinced.
Is it okay for me, or can I make Shizuka-chan happy?
So-called marriage blue.

Although he came to childhood with the intention of returning soon
Whether or not Nobita and his friends came, they were already late for the wedding,
Giants and Shizuka are also worried.

I can understand how Shizuka feels uneasy on the eve of her marriage,
The line that Shizuka’s dad resolves her anxiety is
It’s a great line.

“That young man is a person who can wish for happiness and mourn the misery of others.”

Escaped with vague anxiety on the day of the wedding and was late
Nobita is worried about his friends and wife
Is it really an adult who deserves this word?

The reason why Nobita, an adult who even ruined the famous lines, escaped
I can’t agree with anything.

Although this episode itself has the same composition as the original “45 years later …”
The meaning is totally different. In the original, 45 years later, as the title of the original
Nobita, who turned 55, came and enjoyed his elementary school days.
Nobita, a child, hits 55-year-old Nobita with vague anxiety.
I answer such anxiety as follows.

“I’ll tell you just one thing. You will continue to stumble many times.
But every time I have the strength to recover. “

Advice from yourself to yourself, about Nobita’s anxiety as a child
This is because of Nobita’s advice as an adult.
By the way, there is no such line in this work.

However, in this work, he is 25 years old, 15 years later, not 45 years later.
Moreover, I want time to think before the wedding with the marriage blue fully open
I’ve “run away”.Nobita as an adult and even Nobita as a child
I’m amazed.

I’m not an adult at all.
To describe “Adult Nobita” which is too pathetic
I even feel uncomfortable.
Shizuka-chan, who marries Nobita, feels sorry for her.

You can’t just leave it as it is 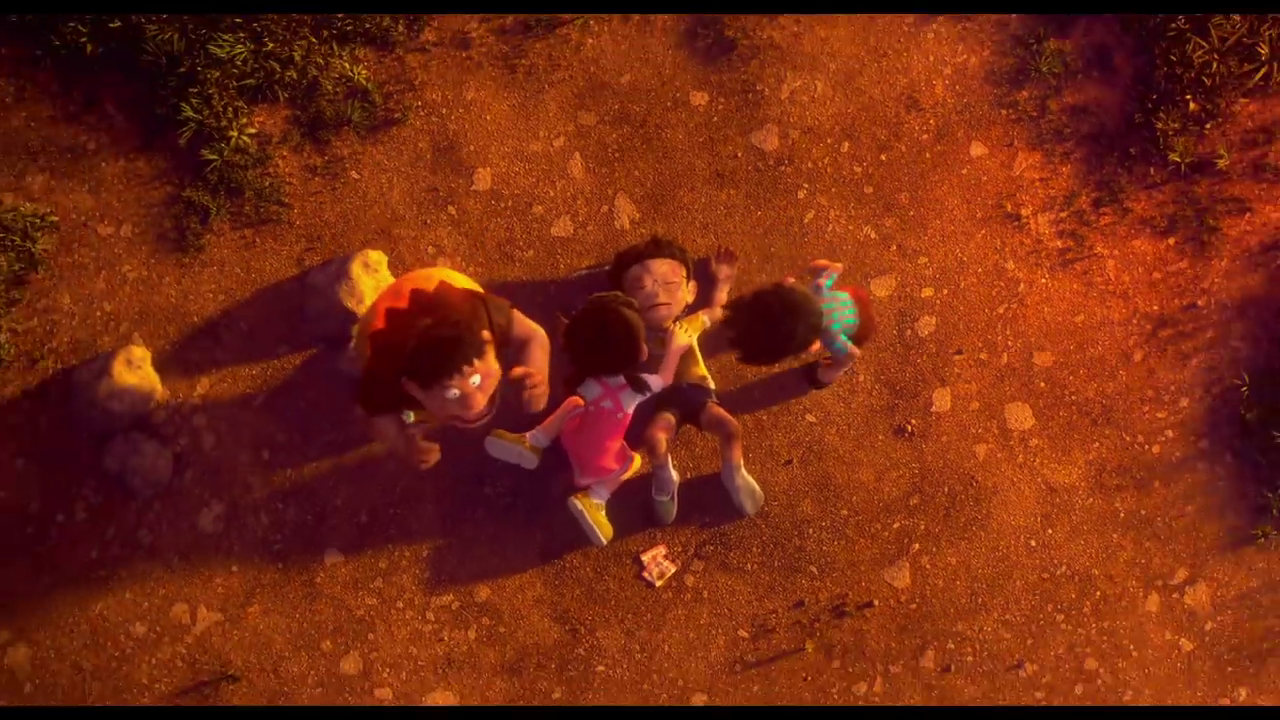 When adult Nobita, who has become a child, is enjoying himself freely
Entangled with “junior high school students”.Even though I’m a child, like an adult
His behavior is humorous, and he only feels frustrated by his spree.

The place where I was chased by junior high school students and cornered
Helped by Shizuka-chan, and helped by Gian and Suneo.
For the time being, although it takes an adult Nobita to help Shizuka-chan,
In the first place, the cause is the extra behavior of adult Nobita.

“Nobita-san can stay as it is” to Shizuka-chan as a child
Let me tell you, it’s definitely not good as it is.
In the end, where did the vague anxiety he felt disappeared?
Did you think you could make Shizuka-chan happy?
The description around that is insufficient.

Everyone knows that Nobita as a child is pathetic,
Being an adult and being able to show this on the day of the wedding
It was only unpleasant and asked, “Why did Shizuka marry him?”
It’s a depiction that ruins the stack up to the eve of marriage.

By the way, by adding an extra setting to the “replacement rope”
We have also added an emotional element that we are good at. 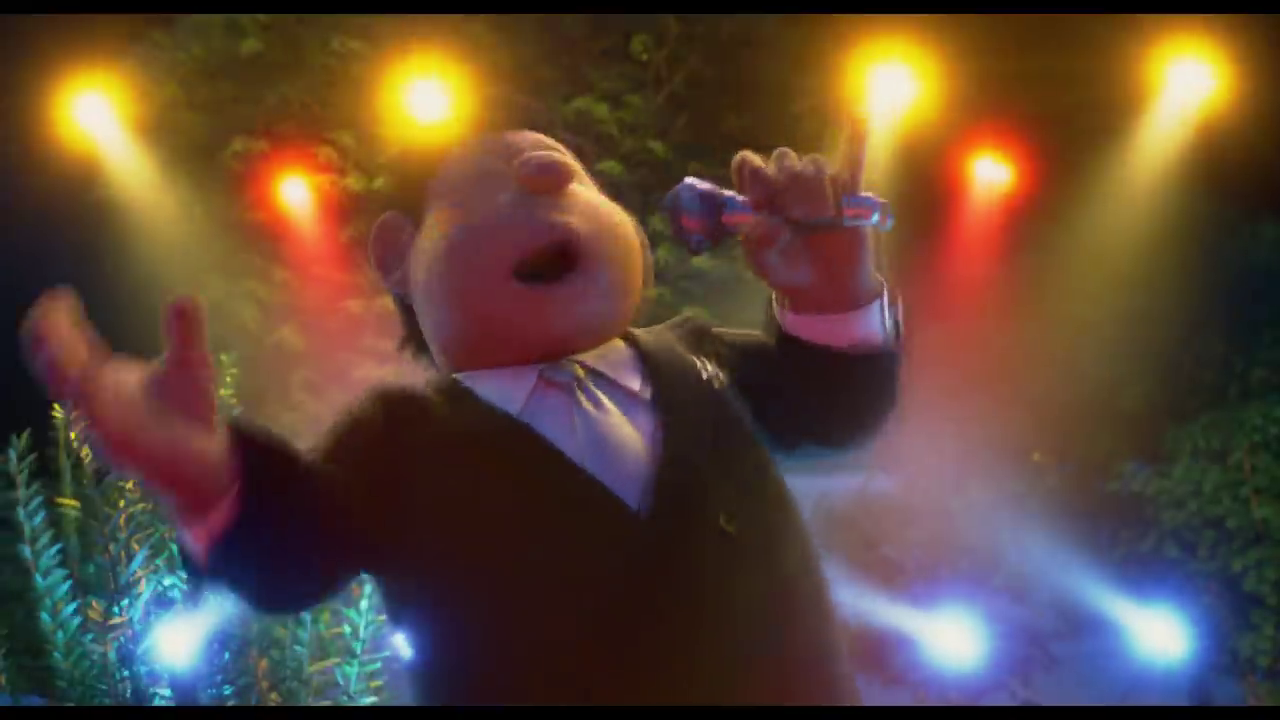 After all, I went back to the future and had a wedding reception.
Adult Nobita gives a speech.
The speech to thank my parents is certainly a moving speech.
Talk about your parents, grandma, name,
I swear to build a happy family with Shizuka.

You can certainly be impressed, and even the appearance of “grandma” looking at it from behind
There is something that comes a long way. But,
In this speech, the lack of love for Doraemon produced
It turns out to be a stain.

Adult Nobita never talks about Doraemon in her wedding speech.
He grew up to this point and was able to marry Shizuka-chan
Thanks also to Doraemon. I don’t even put out such a Doraemon character.
It should be okay if there is a part that touches Doraemon.
However, there is no mention.

Nobita hasn’t grown up at all when he grows up
For Shizuka-chan’s wedding, who understands and accepts all of Nobita
It ended without being able to applaud the blessing obediently.

General comment: It was better to scoop only the supernatant 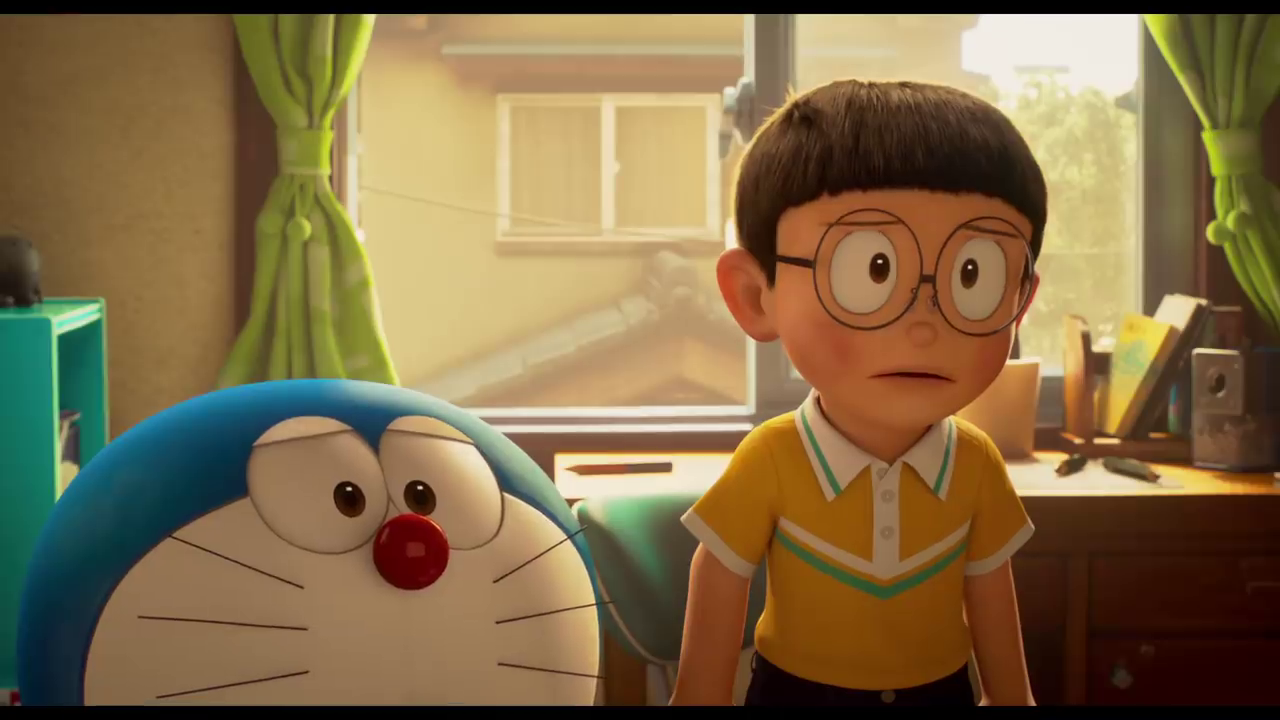 Overall, it’s worse than the previous one.
The previous work was summarized in 90 minutes, and the modifications to boost the moving elements were conspicuous.
Although I was worried about that, as “Doraemon that can be understood in 90 minutes”
It was well organized.

However, this work is far from modifying the episode of the original
“Nobita escapes on the day of the wedding” with almost no prototype modification
Because I drew mainly the episode
The impression is that there are too many “individuals” of directors and screenwriters.

Two characters, “Adult Nobita” and “Children Nobita”
Nobita, who was originally an adult, was not able to master it
For mental growth and child Nobita because he became an adult
It should be a character who should give advice,
In this work, I’ve been getting help from my child Nobita.

Lowering the impression of “Nobita who became an adult”,
Even Nobita who got such an impression will accept everything
Although you can feel the magnitude of love of “Shizuka-chan”,
To Nobita, an adult who proposes from herself and runs away on the day of the wedding
It was a work that made me uncomfortable from beginning to end. 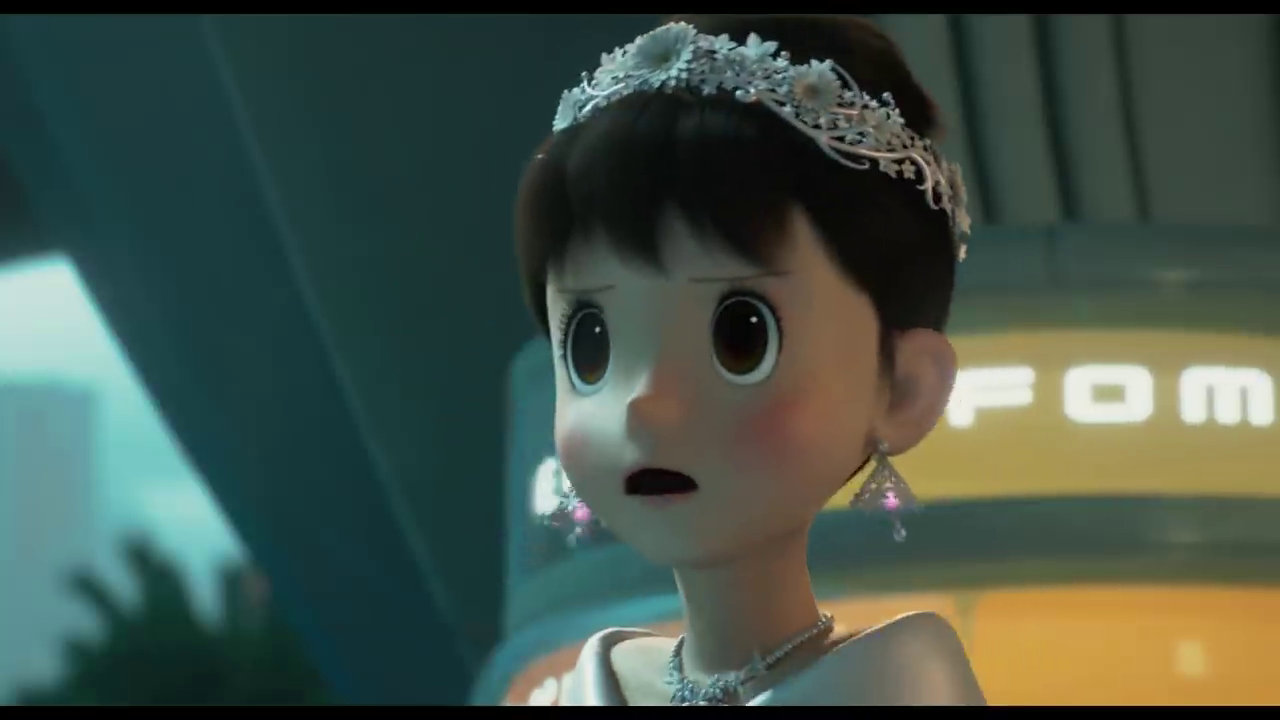 It’s a work that honestly says that it’s really unpleasant to watch.
I was worried about the modified part of the previous work, but it was not unpleasant.
However, this work is full of obvious discomfort.

The part that really shows grandma a wedding
I think it’s a great modification, but the process leading up to it
It’s really a lump of discomfort, not a fuss about crying.
I have myself crying because Shizuka looks cute.

I don’t know what kind of work Takashi Yamazaki will work on in the future,
I want you to do whatever you want with the original work that has no original work.