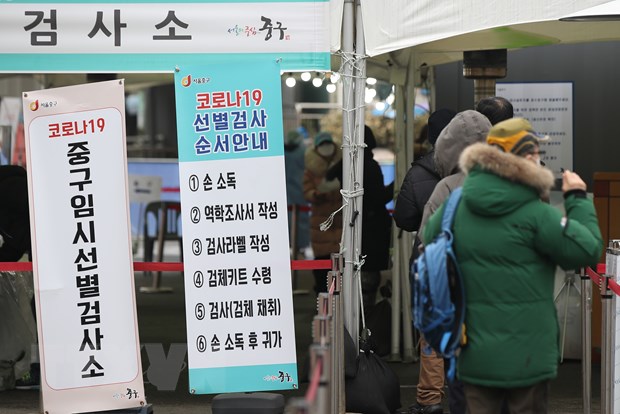 On February 6, the Korean Government announced it would easing Comeinand curfew to approximately 580,000 restaurants and businesses outside of Seoul.

Specifically, some establishments like restaurant, sports clubs … outside the capital Seoul will be allowed to extend their operation hours to 22 hours daily, 1 hour more than before.

Speaking at a meeting on response to the COVID-19 acute respiratory infection, South Korean Prime Minister Chung Sye-kyun stated that the government made this decision after considering the growing needs of businesses. economic impacts from epidemics.

Seoul and surrounding areas are applying the second highest level of epidemic prevention measures in the 5-tiered application scale. Prime Minister Chung Sye-kyun said more than 70% of the patients were from the Seoul metropolitan area and the risk of infection remains high.

Therefore, businesses in this area still have to close from 21 hours daily. Besides, he also called on people to stay home during the holidays, due to fears that travel could cause the number of infections to increase.

Authorities still maintain a ban on gathering of 5 or more people at least until February 14.

According to the Korea Agency for Disease Control and Prevention (KDCA), in the past 24 hours, the country has recorded 393 new infections, bringing the total number of cases in the country to 80,524 cases, of which 1,464 cases were reported. died from COVID-19.

On the same day, the Korean government said it would begin providing the COVID-19 treatment drug produced by domestic pharmaceutical company Celltrion to medical facilities in mid-February.

Celltrion’s CT-P59 has been approved by the Government of this country on February 5, provided that the results of a third clinical trial are submitted.

This is the first licensed drug COVID-19 manufactured in Korea. The South Korean Central Agency for Disease Control said it will buy the drug directly until a supply chain is established between the manufacturer and the pharmaceutical company.