Sony Xperia 1 II detailed review: Is the flagship from Sony still worth the wait? (Updating)


Sony – a technology manufacturer from Japan in the year 2020 also promptly contributed to the smartphone race with the Sony Xperia 1 II. This is a product in the high-end segment and is equipped with quite a few new and genuine technologies. So let’s review the Sony Xperia 1 II in detail, to see if this is a ‘formidable’ smartphone or not!

The article is still being updated. I will send to the full article on February 9, 2021!

Design of Xperia 1 II: Seeing is to know at home Sony

Not following the majority of the market, the Sony Xperia 1 II still chooses its own path, in accordance with what is inherently familiar to Sony fans. You certainly won’t be able to find the current hot design trends on the product itself, but in return, you’ll get an ‘unmistakable’ phone.

Overall, the Xperia 1 II gives me a feeling of ‘nostalgia’ when it comes to ‘her brother’. The smartphone from Sony is complete with a glass back and aluminum side bezels. With a glass back, surely Xperia 1 II will bring a feeling of ‘luxury’ to the user. However, if you are not using a case, then getting fingerprints is easy to encounter! Therefore, the transparent cases, both limit the dirty face of the back, and can show off all the beauty of ‘her’. 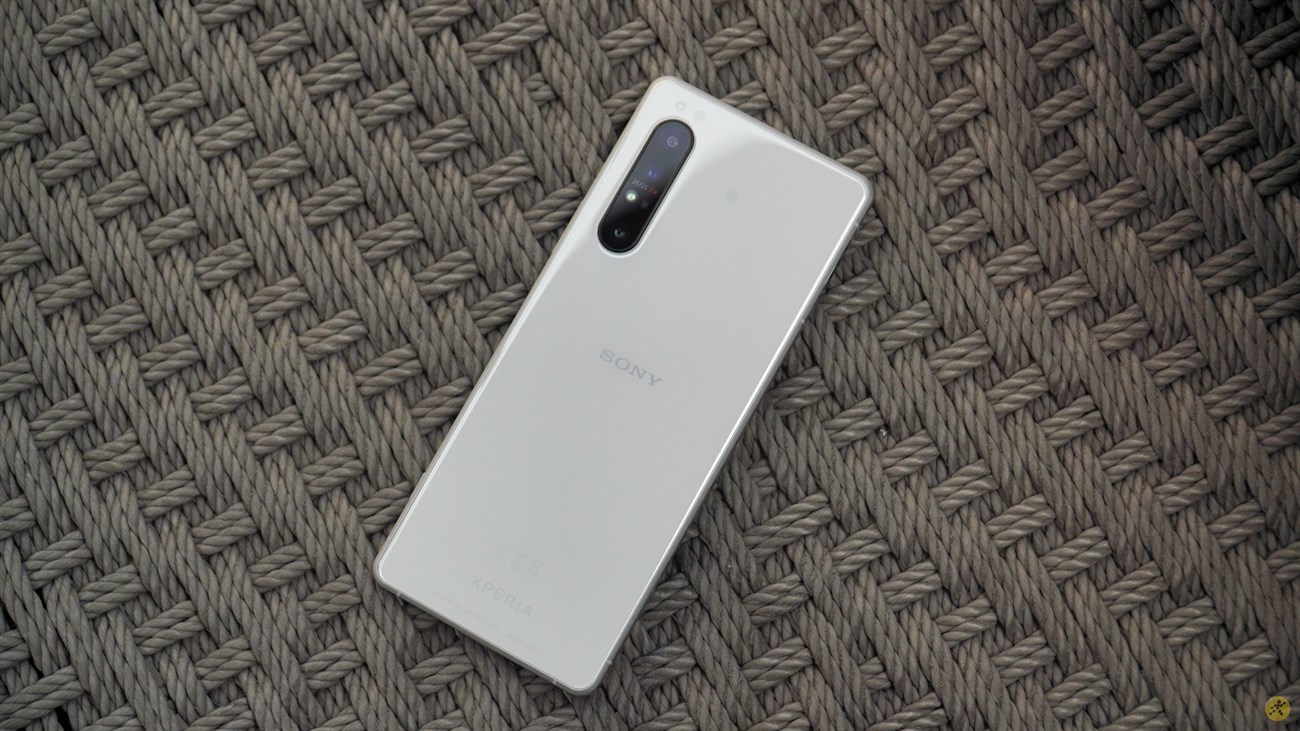 The back of the glass is sleek, ‘luxurious’ of the Sony Xperia 1 II.

Sony Xperia 1 II is equipped with a cluster of 3 cameras with extremely impressive technology, but rest assured, ‘it’ is not very convex. It is still the same vertical rear camera layout as on the Sony Xperia 1, but instead of the camera cluster placed in the middle, it has now moved the lenses above to the left corner. I like the layout of the camera cluster located in this corner of Sony much more! 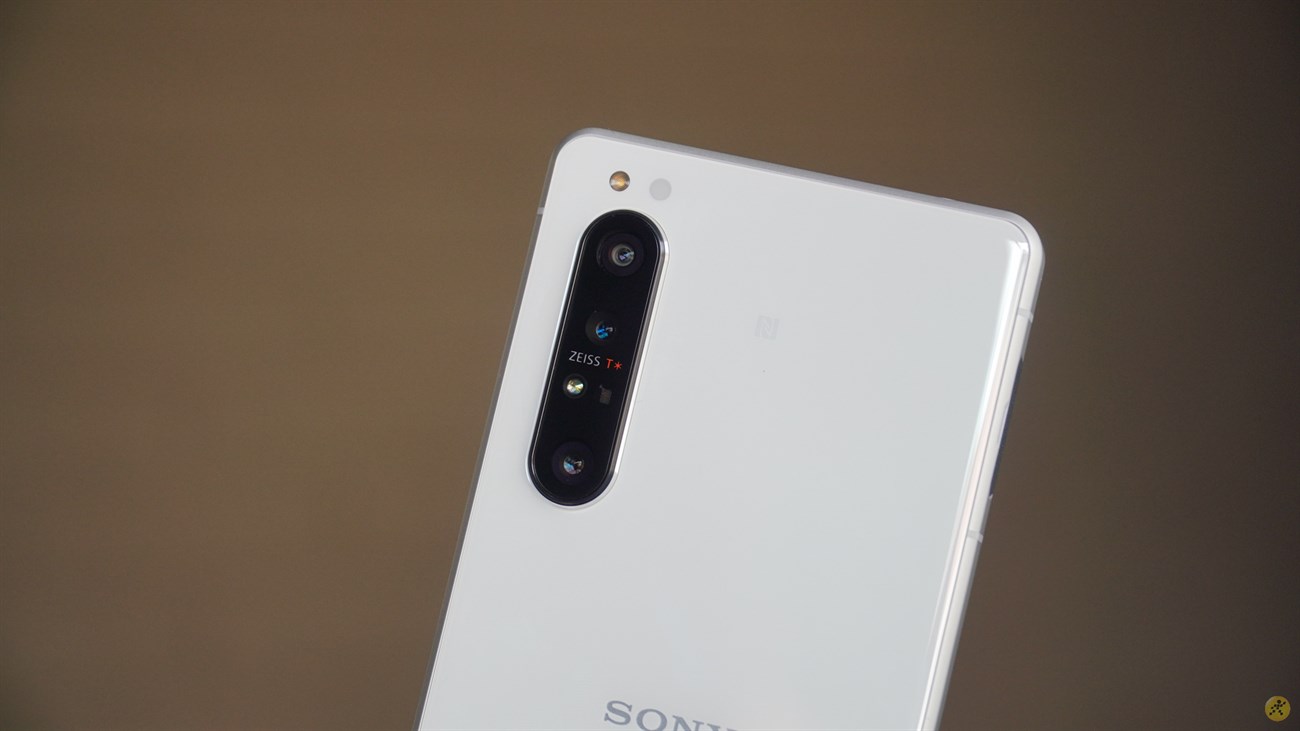 Rest assured that the Sony Xperia 1 II camera cluster is not very protruding.

The two edges of the Sony Xperia 1 II are designed square, creating a strong, masculine feeling. The volume buttons, power button and camera open button are all located on the same edge. If you often get the same power and volume buttons mistaken as you, then Sony will fix that! The volume up and down buttons of the Sony Xperia 1 II are completely protruding, while the power button is slightly concave slightly below the edge surface. Sony is very delicate is not it! 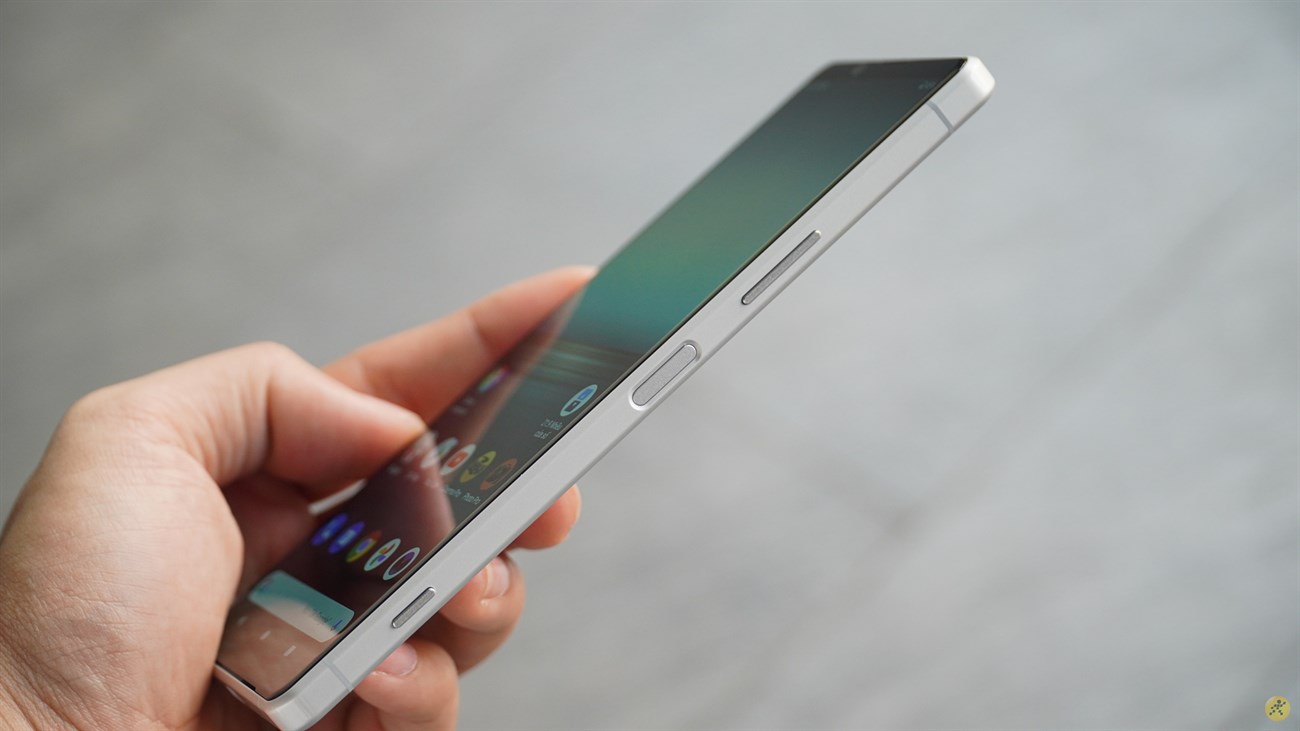 The buttons are located on the same edge of the Sony Xperia 1 II.

In addition to the two basic buttons above, a special feature is that Sony still retains the button to quickly open the camera on this new device. At first I felt that this button was just ‘yes like no’, but after opening the camera as fast as blinking, I fell in love with ‘it’. On the other side edge is Sony arranged the sim slot. This sim slot does not seem very secure, so I encourage you not to open it, open it very much. 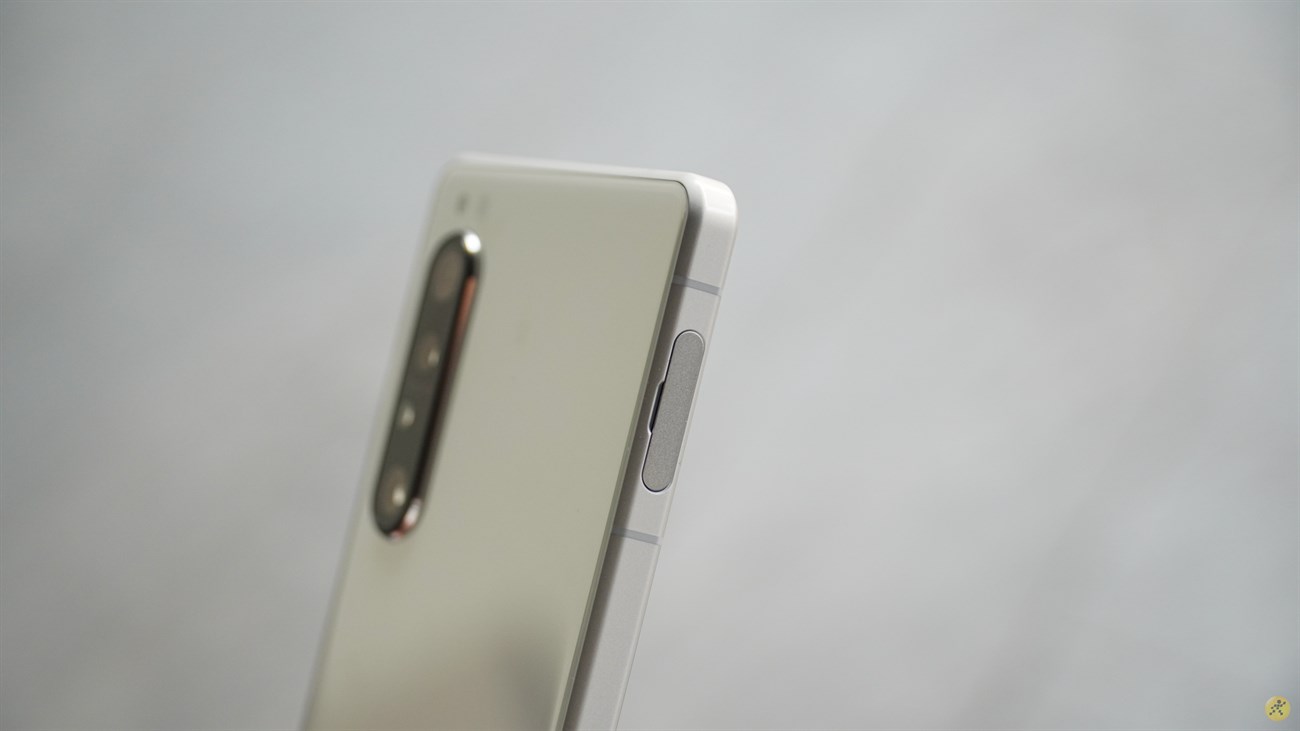 The sim tray of the Sony Xperia 1 II does not seem very certain.

Sony Xperia 1 II does not follow the design of a rabbit ear screen, a hole or a water drop, but still keeps the top and bottom edges. Although still in the same fashion as the iPhone 8 Plus, iPhone SE, … but the Xperia 1 II is more in love with the ‘chin’ above and below the trimmed down. The edges of the screen around the screen are also thinned to optimize the frame for the user. 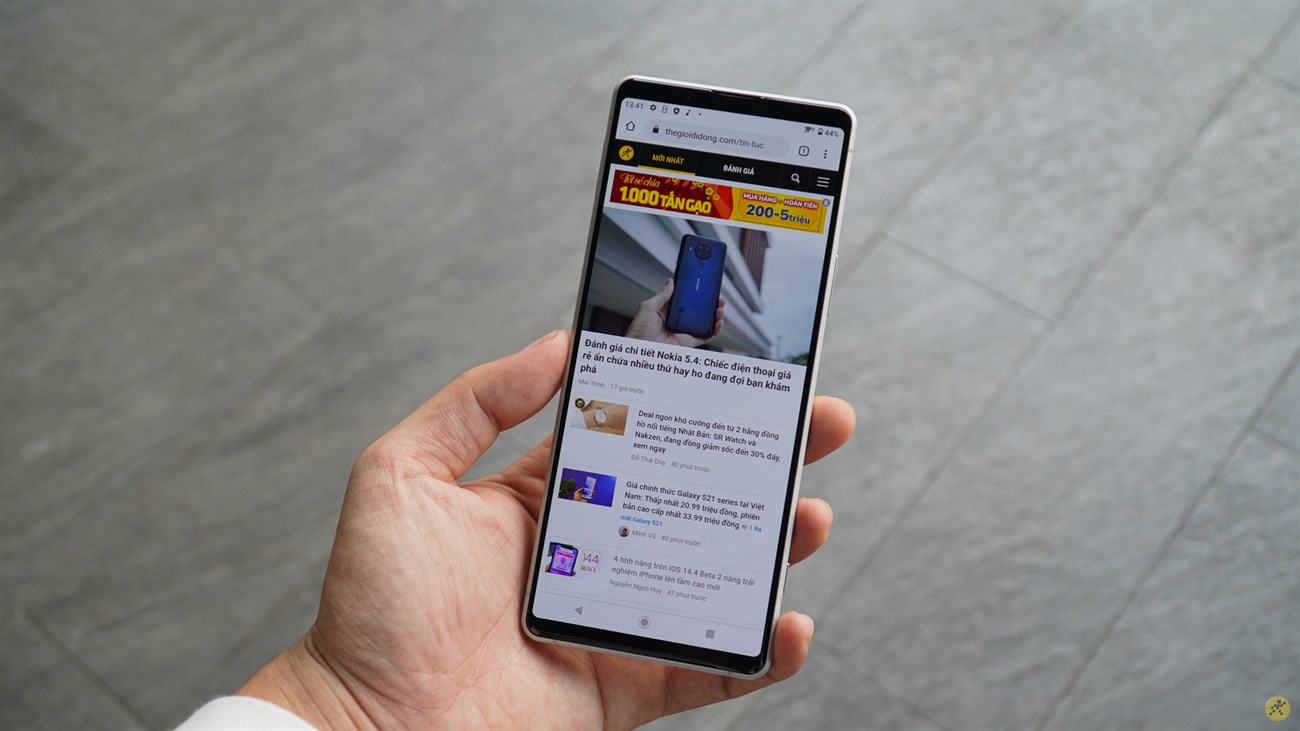 Although still keeping the upper and lower chin design, the Sony Xperia 1 II is better than me.

The screen of the Sony Xperia 1 II is one of the highlights that makes our phone have a unique, elongated design. From past to present, Sony has remained loyal to its 21: 9 aspect ratio. With this wide frame, you will experience a comfortable entertainment experience, combining 4K resolution is nothing more. In addition, Sony also uses OLED panels covering the surface of the 6.5 inch size for bright colors, good contrast and sharpness.

Besides this 21: 9 ratio also brings some disadvantages to our products. When using the Sony Xperia 1 II to watch YouTube videos, you will experience a large black patch on both sides. Or if the zoom is larger, you will lose quite a few frames on the videos. Also, due to the long screen, it is also difficult to use one hand. 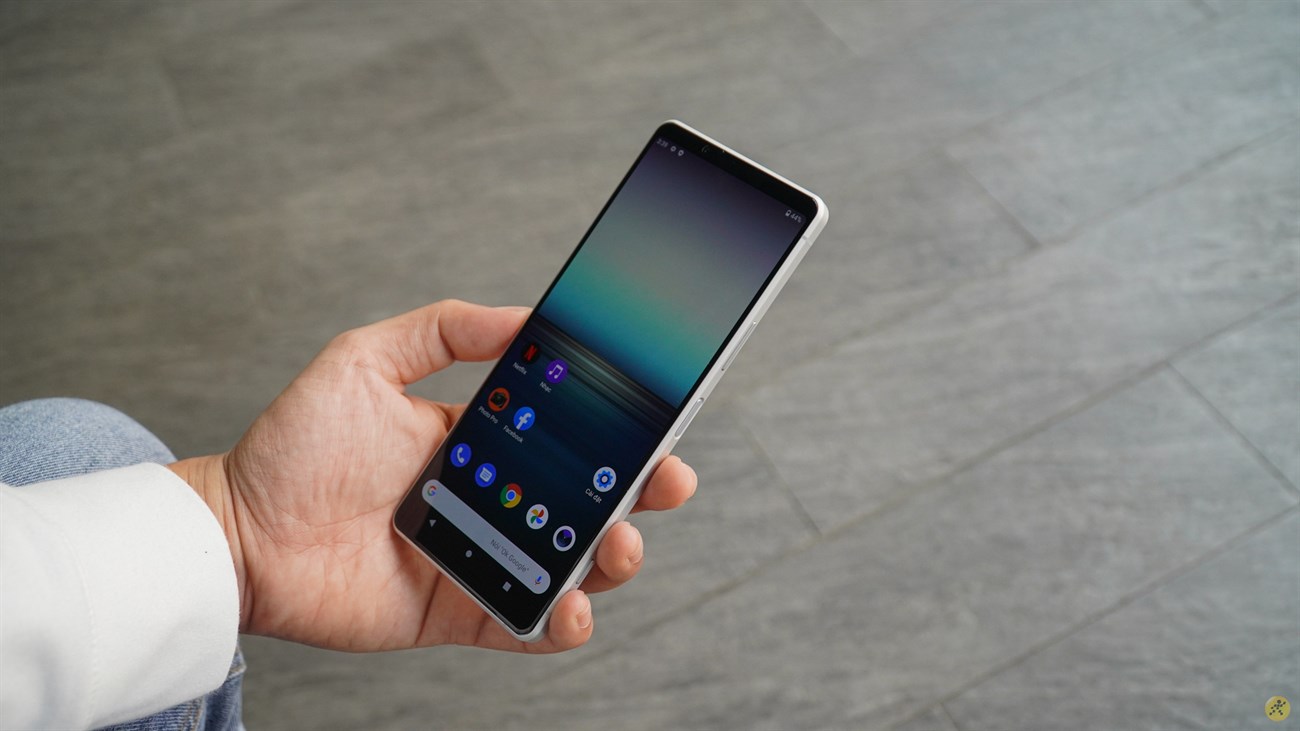 Sony Speria 1 II is also quite difficult for me in the process of using one hand again.

One more thing you need to know, is that Xperia 1 II also has a split screen feature that allows you to optimize the 21: 9 aspect ratio and multitask better. This is one of the most appreciated features and I use it throughout, through which the experience is better, do more and quickly complete the job satisfactorily.

Camera of Sony Xperia 1 II: Is it worth a try?

Sony is too famous for its camera products, so on the Sony Xperia 1 II, I wish the ‘brother’ will inherit some of the quintessence of these products. Therefore, the camera is one of the parts I want to be tested the most. Let’s take a look at Sony’s flagship parameters a little bit: 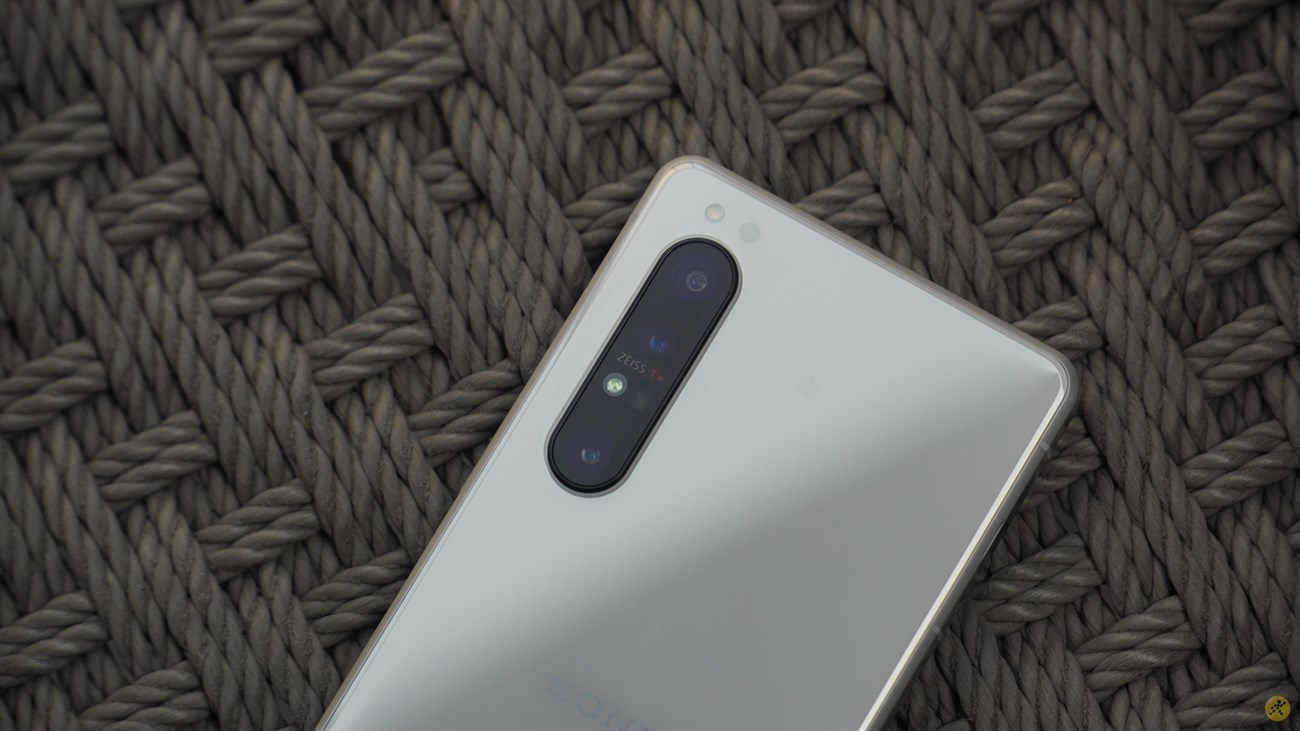 Not carrying the ‘huge’ numbers like 108 MP or 64 MP, but I believe that the shooting capabilities of the Sony Xperia are not trivial at all. Oh, but forget, in this test I used Photo Pro software – already available on the product, simulated as a Sony camera to see if there is really ‘crazy’ as the name suggests!

In good lighting, the Sony Xperia 1 II shoots with the Camera Pro software for truly quality images. In particular, I like the way that this phone, from light balance, color, and focus on the main subject, makes the overall photo look quite beautiful and professional. 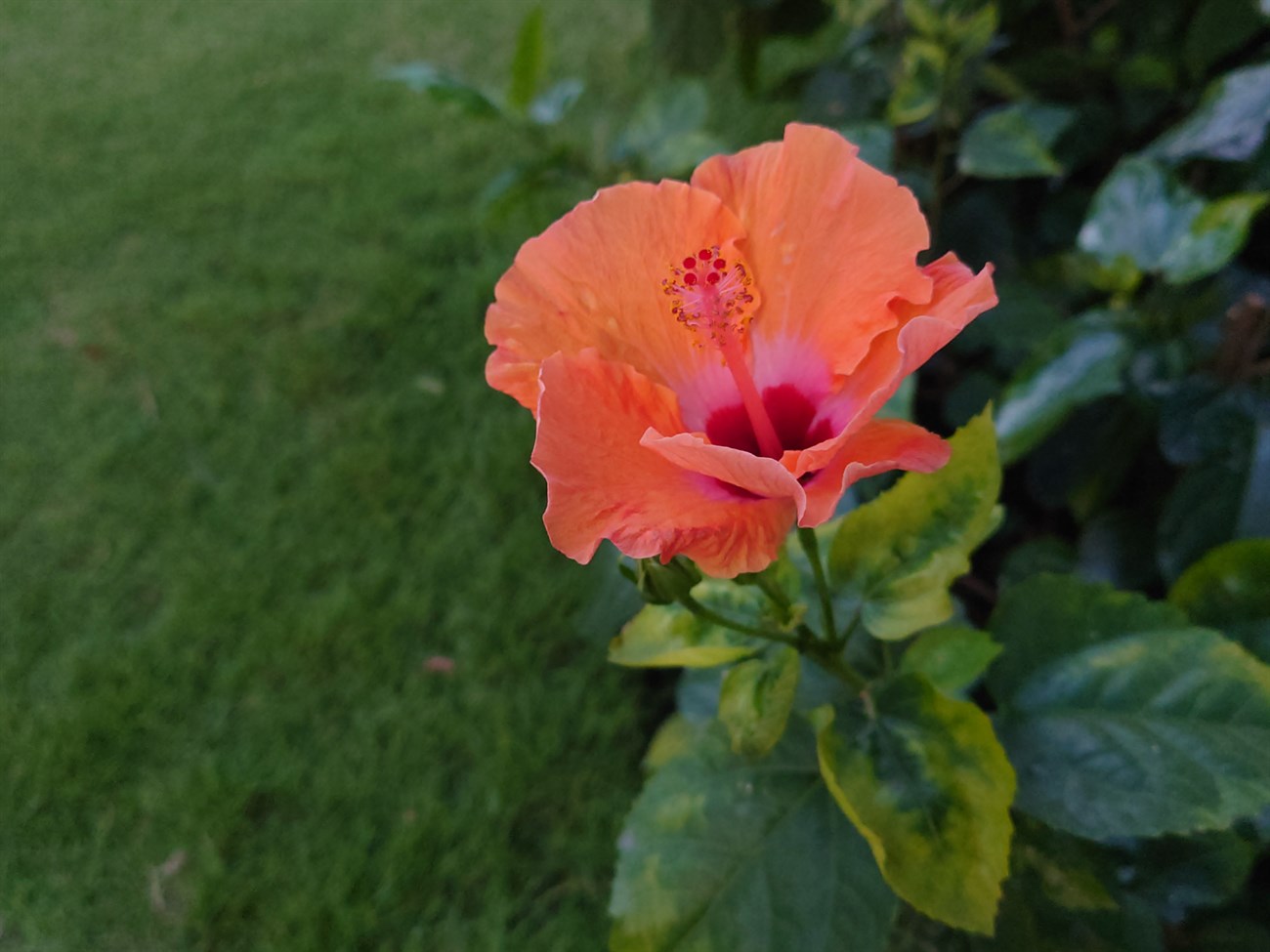 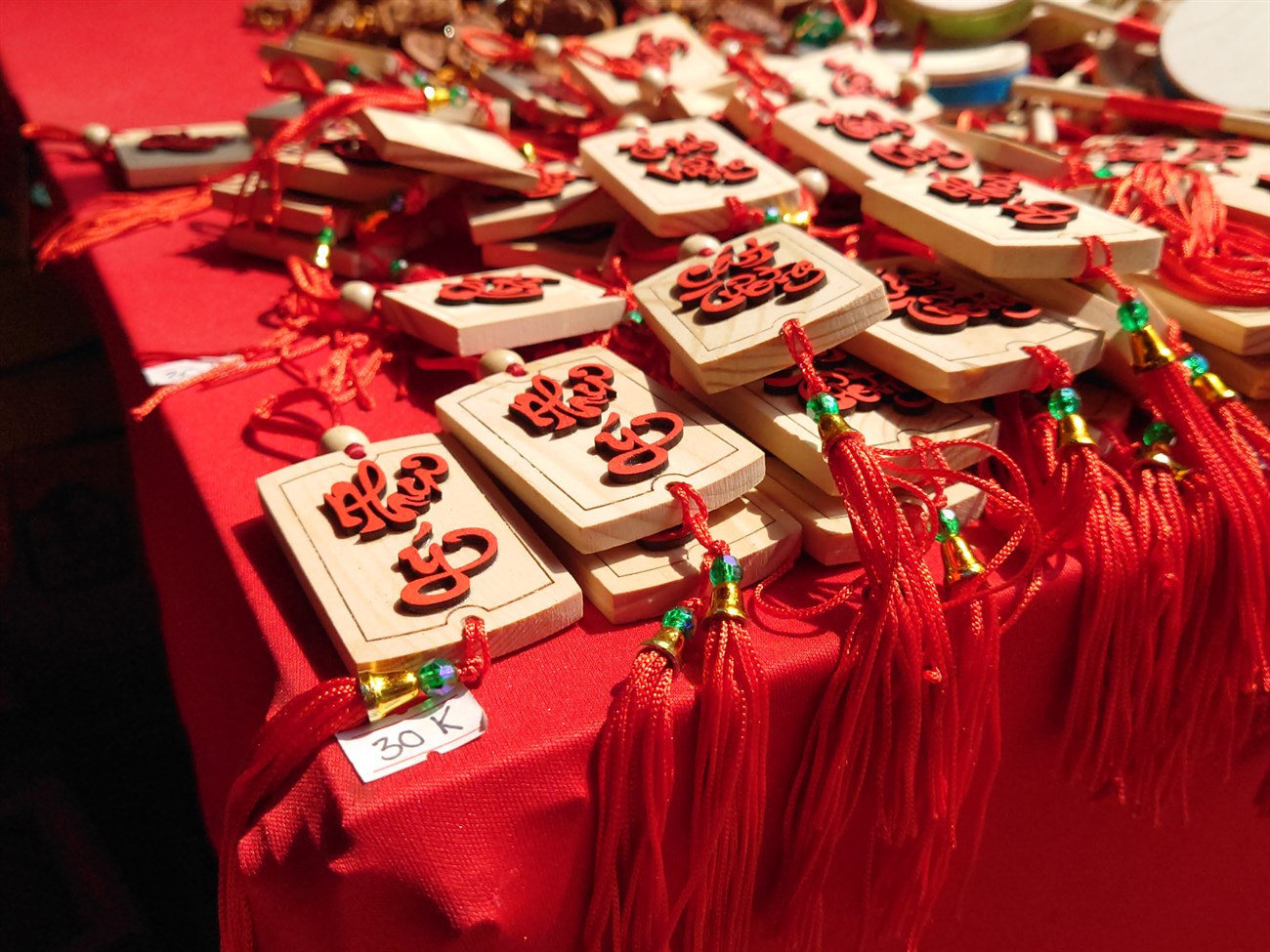 I like the way the Sony Xperia Mark 1 II presses on the main subject. 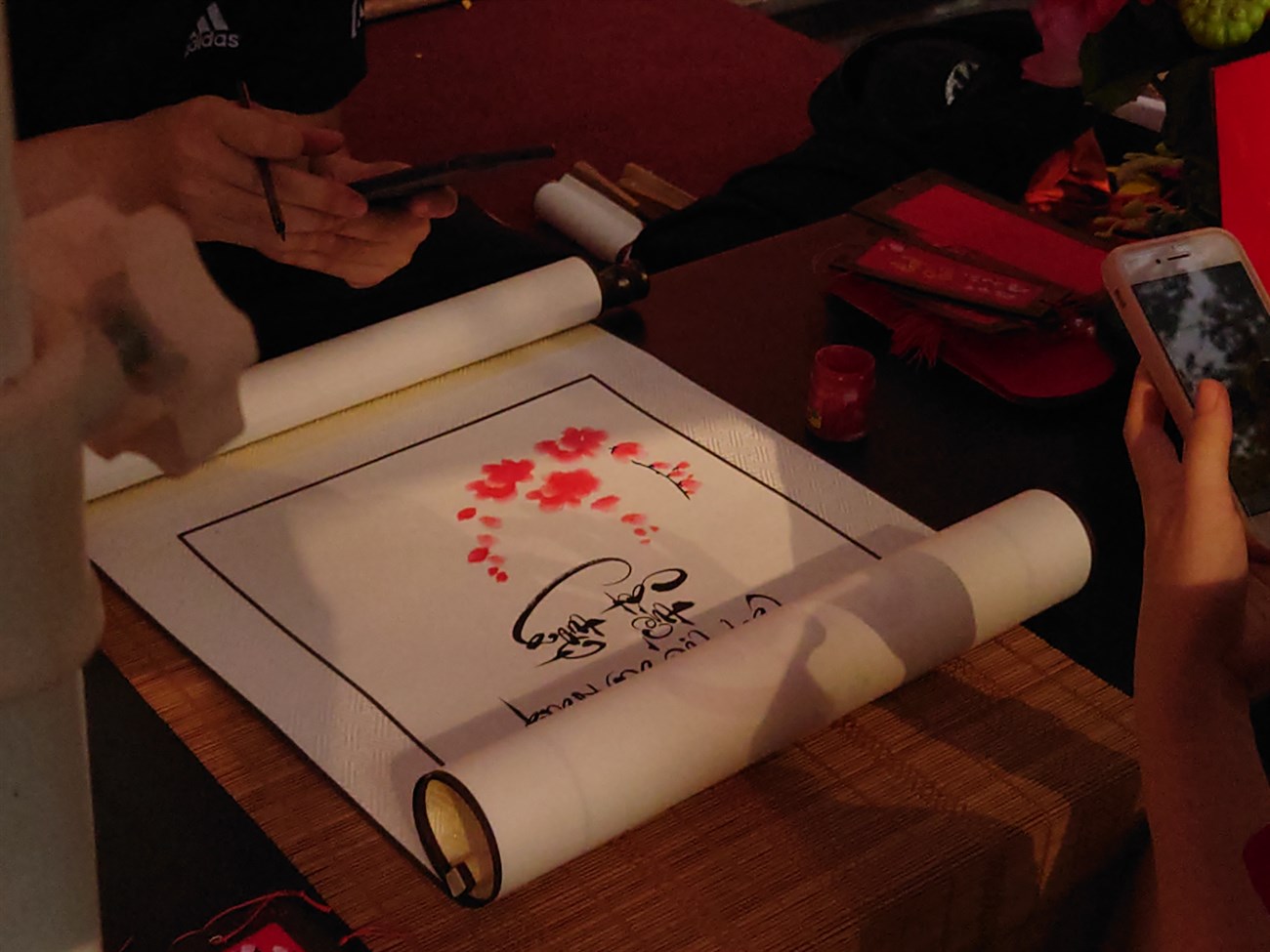 The Sony Mark 1 II balances the light on its own. 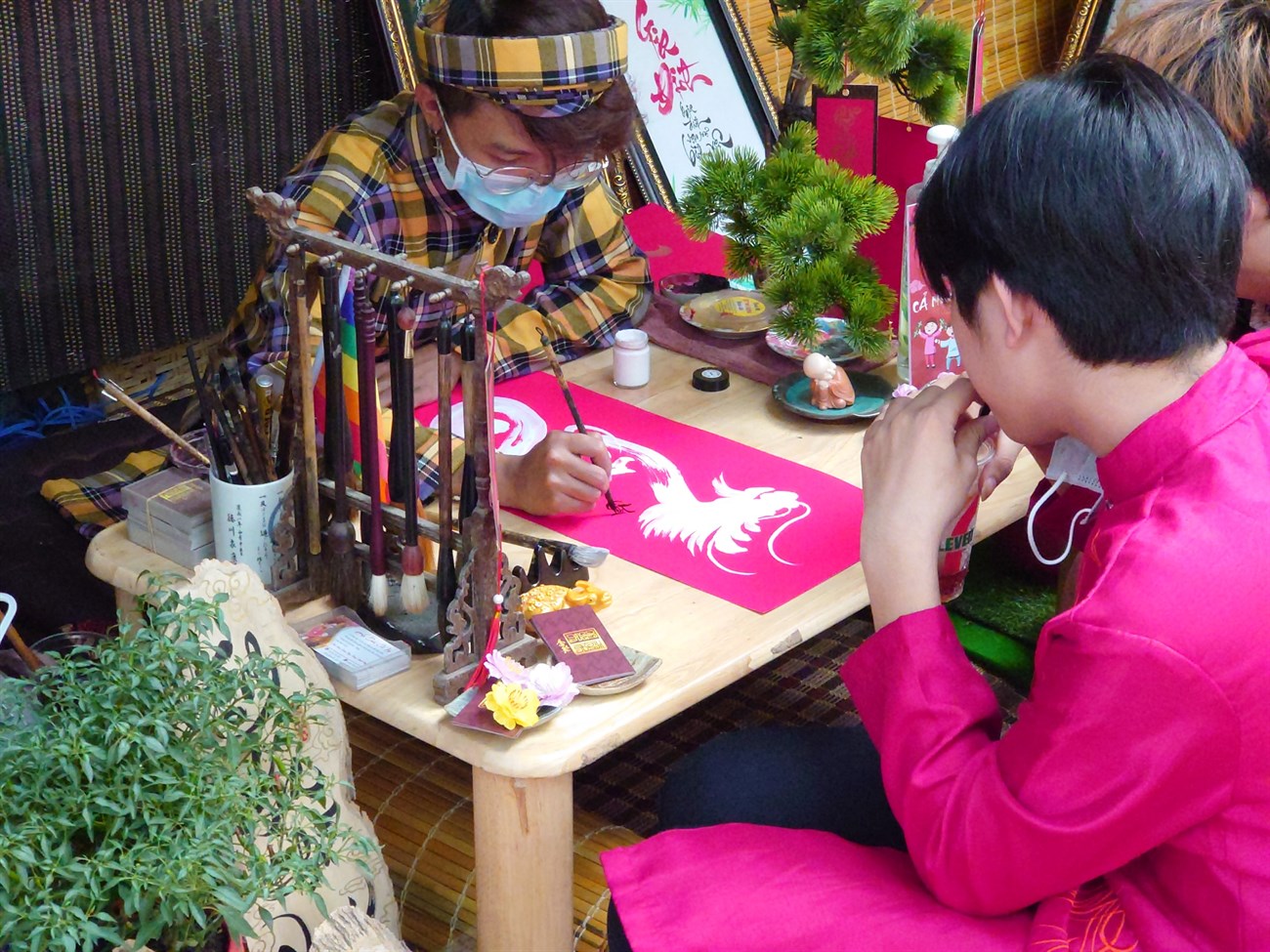 Tet is coming, have you gone to ask for words? 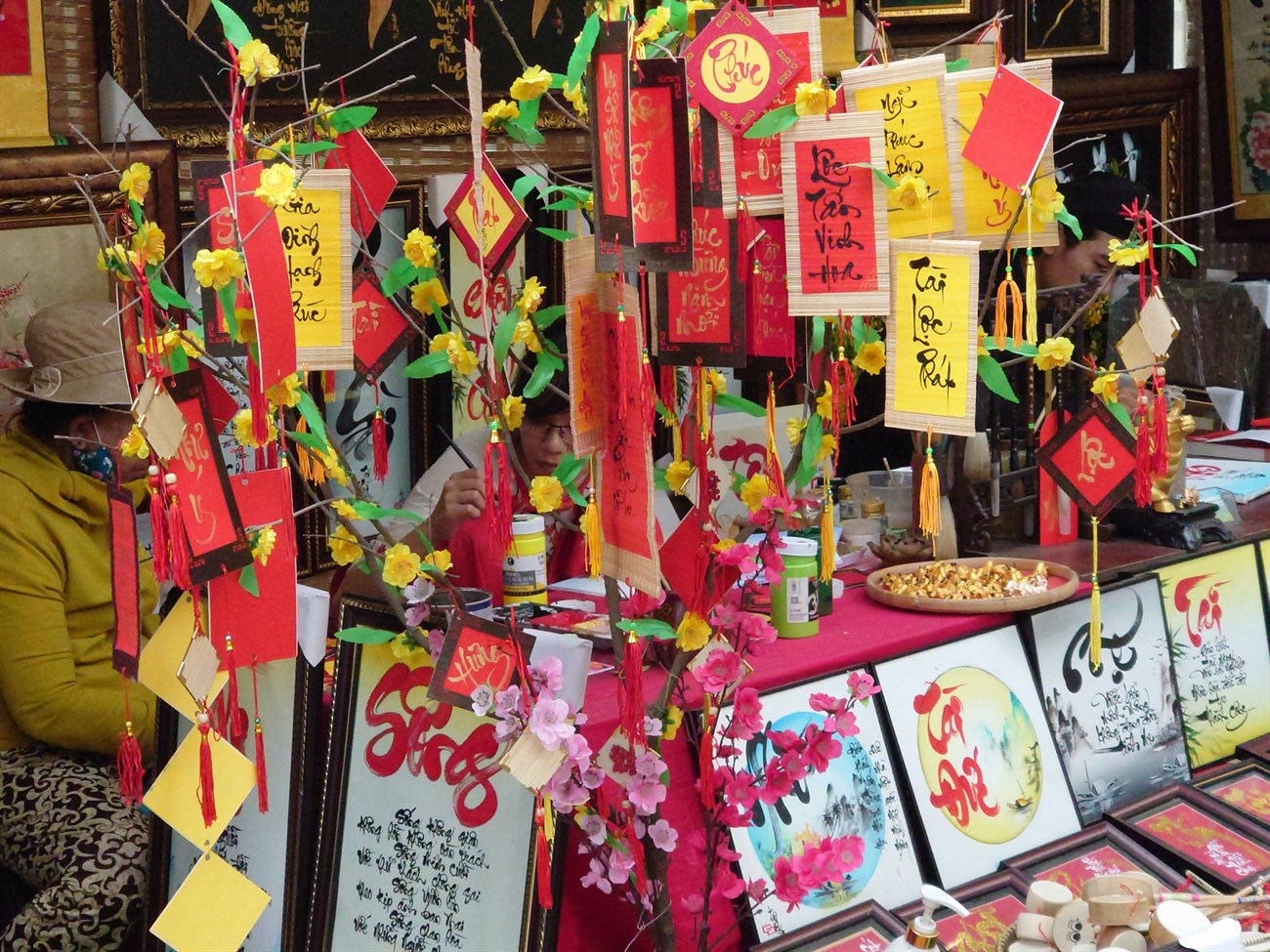 However, a few shortcomings I recognized during the shooting process are that, the Sony Xperia 1 II does not really focus as quickly as I expected. I have to regularly adjust the camera angle, change all kinds of shooting postures to be able to focus on what I want. 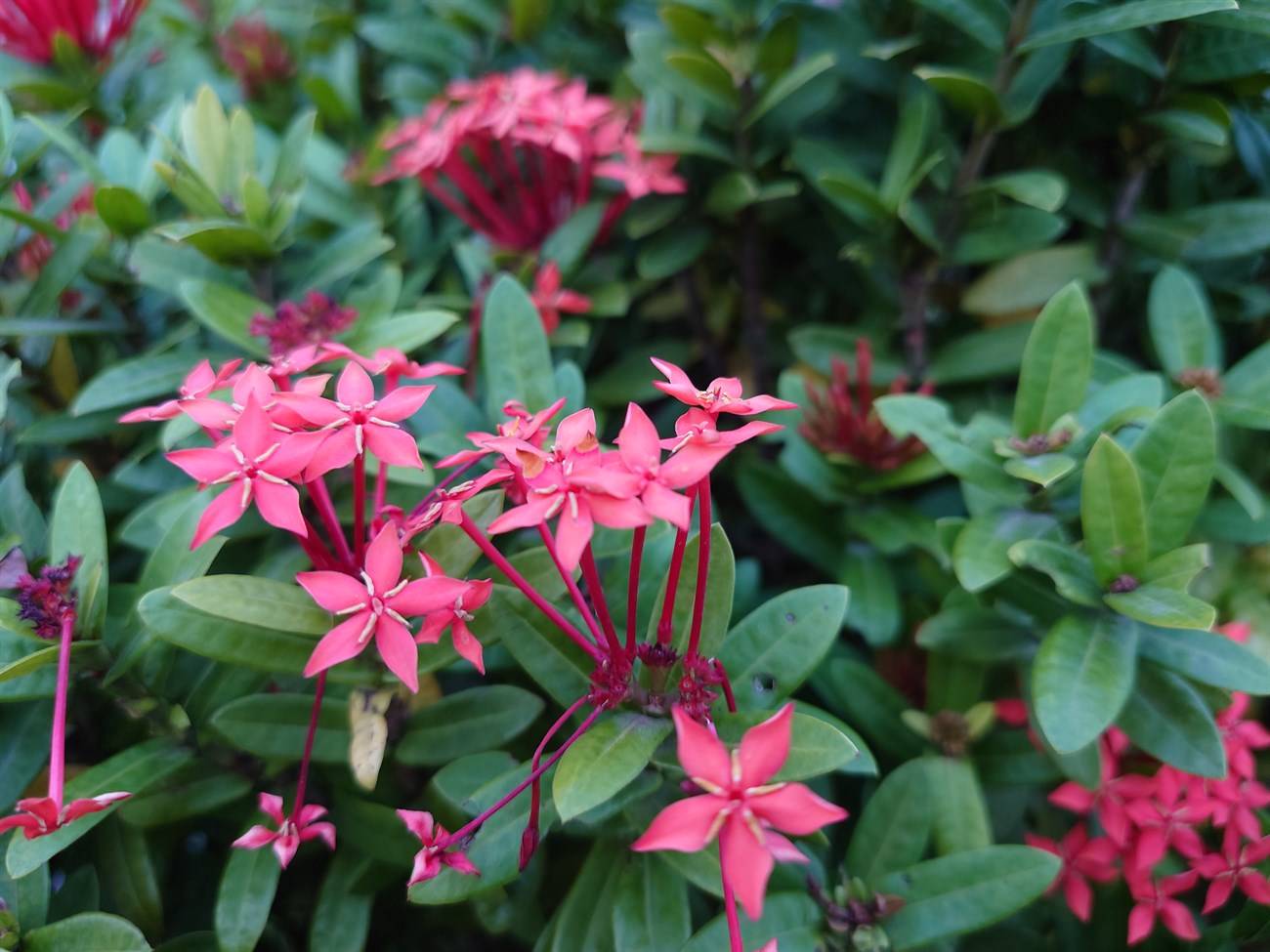 The Sony Mark 1 II is quite difficult to focus.

In addition, with the 12 MP main camera, reproducing image details cannot be too demanding. Overall, the details are fine, but when you zoom up, there will be grain breakage and slight blemishes. 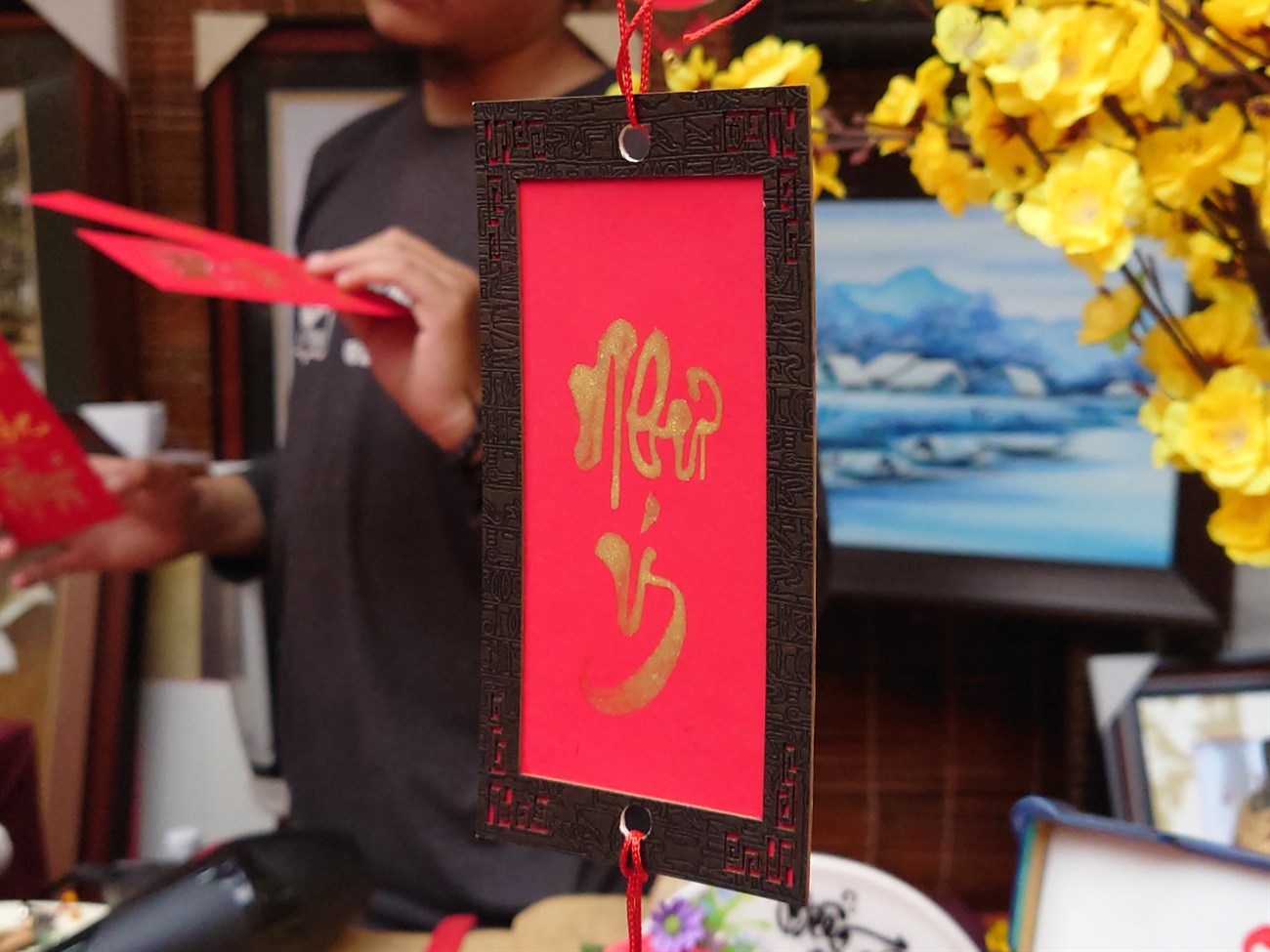 Because the main camera has a resolution of 12 MP, image details are just fine!

In the backlit environment, the photo taken from the Sony Xperia 1 II is not too dark, but the flat, broken image appears more. 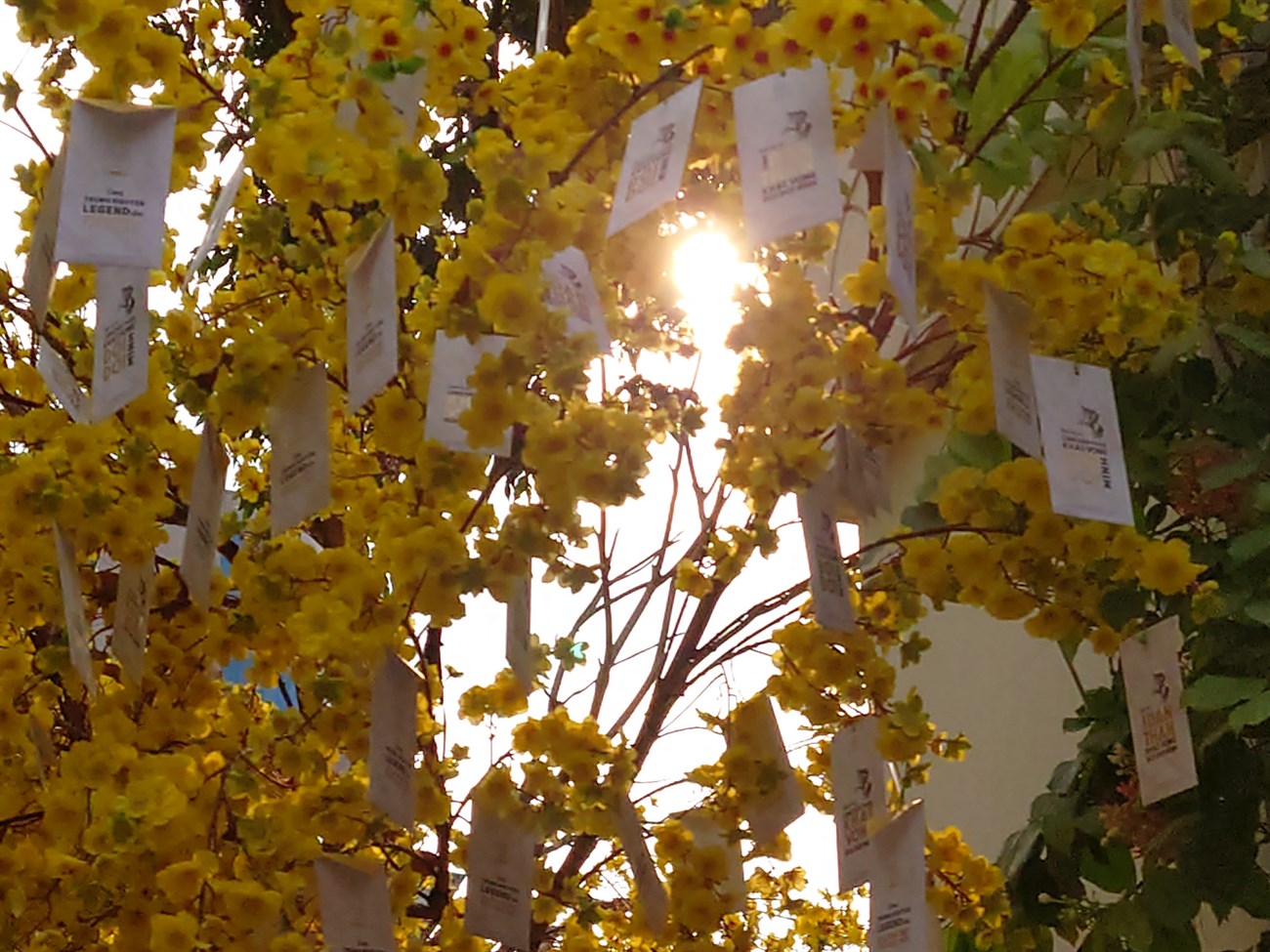 Low light is also not the strong point of the Sony Xperia 1 II. The image taken from this ’em’ phone is no longer fresh and the photo details are not really satisfying. 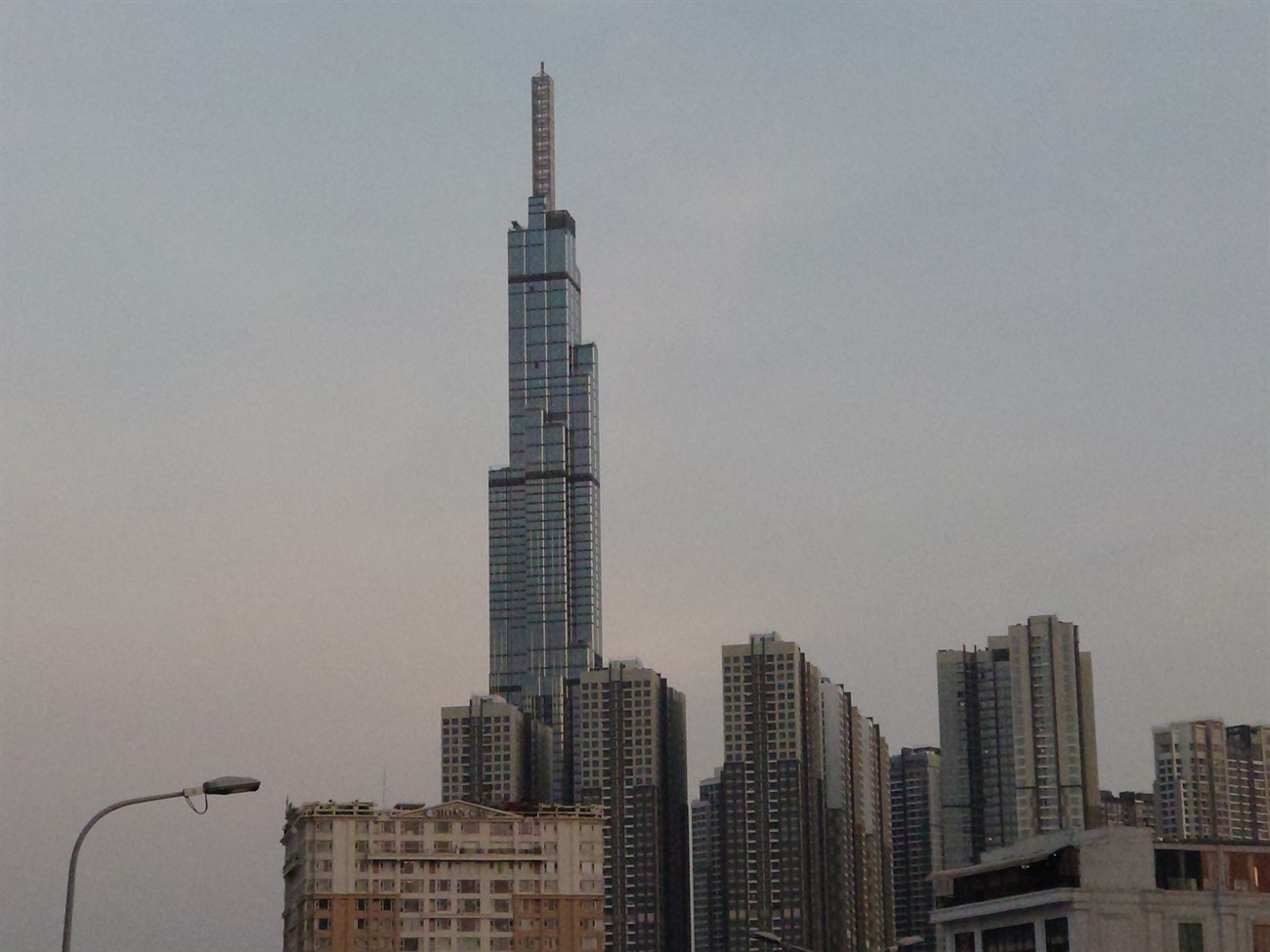 Overall, with the Sony Xperia 1 II, I encourage you to shoot in bright enough conditions for the best experience!

The article is still being updated. I will send to the full article on February 8, 2021! 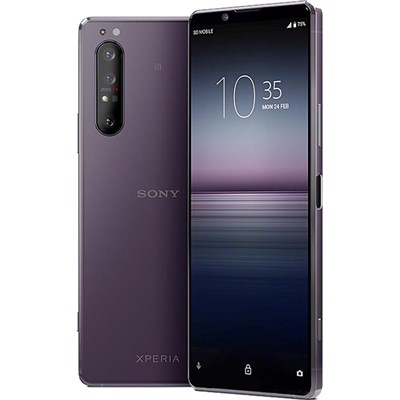