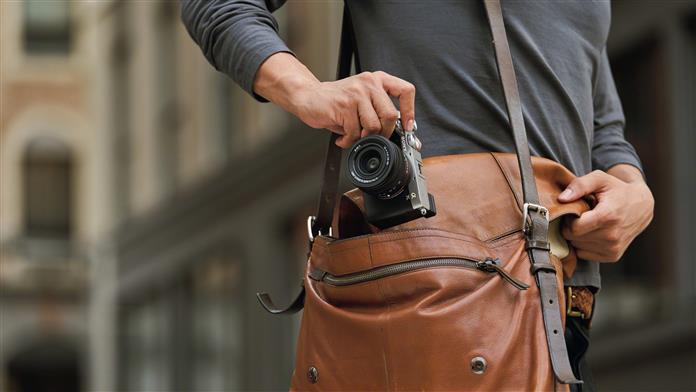 Announced in September 2020, the Sony A7C is the world’s smallest and lightest full-frame camera system. In essence, Sony has merged its top-of-the-line APS-C model, the Sony A6600 with its mid-range full-frame camera, the A7 III to create a whole new range.

The idea behind this mix is ​​that you get a small, compact package that is more likely to appeal to younger users and those new to smartphones, compared to the (slightly) larger and bulkier standard A7 lineup.

To match this smaller, lighter design, Sony has also introduced a new kit lens to accompany the A7C in the form of the 28-60mm f / 4-5.6 zoom that retracts on itself to make of the overall combination a highly portable option, potentially attractive as a travel, walking or everyday camera. 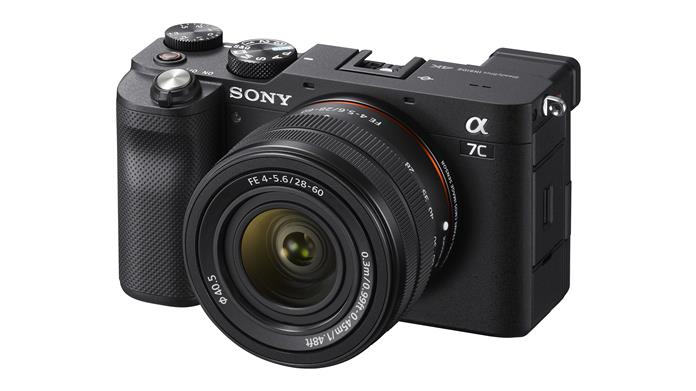 Sony has created a bit of a halfway house when it comes to the A7C. It’s more or less an A7 III wrapped in the same body type as an A6600, but it’s still a bit bigger than the latter.

As such, you get a viewfinder that’s shifted to the left in a flat range finder style, rather than being housed in the center like you’ll find on the regular A7 line of cameras. The viewfinder is a bit small, with a lower resolution than other A7 cameras. It’s usable, but it looks like stale technology in 2020 and isn’t too fun to use.

Instead, you may prefer to compose your images via the fully articulated touchscreen. While this is handy for taking photos from different angles, it’s also low, in terms of resolution, and doesn’t show your photos at their best.

The front grip isn’t as deep as the a6600’s, which makes it a little less comfortable to hold for long periods of time, but it does reduce the size. On the top of the camera, there is a mode dial, an exposure compensation dial, and a dedicated video recording button.

On the back of the camera, you have a setup similar to other Sony models, including an Fn button and scroll that has dual functions including ISO. There’s no joystick here for navigating menus or choosing an autofocus point, but that’s not particularly unusual for entry-level models.

Press the Fn key to access a set of commonly used settings including ISO, white balance, metering, and more. You can fully customize this menu to include the settings you personally use most often, while most buttons can also be customized to your preferences. 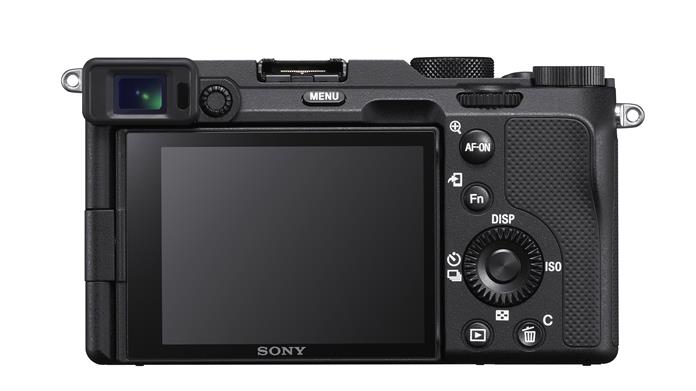 At the heart of the A7C is the same 24.2-megapixel full-frame sensor found in the now three-year-old Sony A7 III, the company’s “all-rounder” mid-range model. The fact that it’s a bit old-fashioned helps keep the price down, and we already know he’s a solid performer.

Sony uses the same lens mount on its APS-C and full-frame mirrorless models, so if you already own one of the company’s APS-C models and have a few compatible lenses, the A7C might make sense as a step-up model.

If this is your first interchangeable-lens camera, the A7C comes with a new kit lens, the 28-60mm f / 4-5.6mm retractable zoom optics. It’s designed to be as portable as possible, rather than sharpness or high image quality – so you’ll almost certainly want to invest in an additional lens at some point.

Covering 93% of the frame, the A7C features Sony’s best autofocus technologies. There are 693 phase AF points and 425 contrast AF points, designed for super fast focusing. There is also a real-time Eye AF feature (which can be used on humans and animals), which makes it a great option as a family camera for capturing special moments.

Offering shooting at 10fps, the A7C is again on par with the A7 III, which, while not as fast as some on the market, still makes it reasonably well equipped to deal with the moving subjects. You can also capture a decent stream of photos, with 115 raw / 223 JPEGs in a single burst.

Vloggers might also consider the A7C a viable option, and as such, it has a number of video features, including 4K video recording (although this is a high frequency of (fairly pedestrian maximum images of 30p), a fully articulated screen that can face, and the ability to create a vertical video suitable for social media. 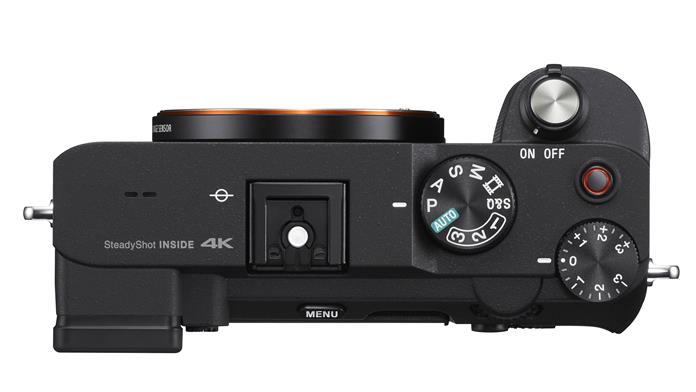 Using very similar specs to the A7 III, including the same sensor, we didn’t expect there to be any surprises when it comes to the A7C’s image quality.

Much like the A7 III, the A7C’s sensor is a solid all-rounder, producing good images in a variety of different shooting conditions. The images are warm and vibrant, with a good level of detail. He might be a little disappointed with the 28-60mm kit lens which is far from Sony’s sharpest and best performing lens. Opening only at f / 4 at its widest, gives it limited leeway for creating shallow depth of field effects or shooting in low light conditions, but it’s a good lens to get you started for travel and everyday shooting.

At higher ISOs, such as ISO 12800, images are usable, but it is best to keep them in smaller print and share sizes. For best results, it is recommended that you take photos at ISO 3200 or less.

Again, much like the A7 III, the A7C’s autofocus performance is another solid all-rounder, generally locking onto the subject easily in most conditions. It’s also good enough at tracking a moving subject, especially if that subject follows a reasonably predictable pattern. Again, the 28-60mm f / 4-5.6 lens isn’t the best suited for sports and action, but it’s a good feature for pets and kids.

Turning on the Eye AF function is also useful for taking portraits, even if they belong to the family. You can switch between AF Human and Animal Eye – hopefully someday a firmware upgrade will allow the camera (and other Sony models) to automatically switch between the two types. 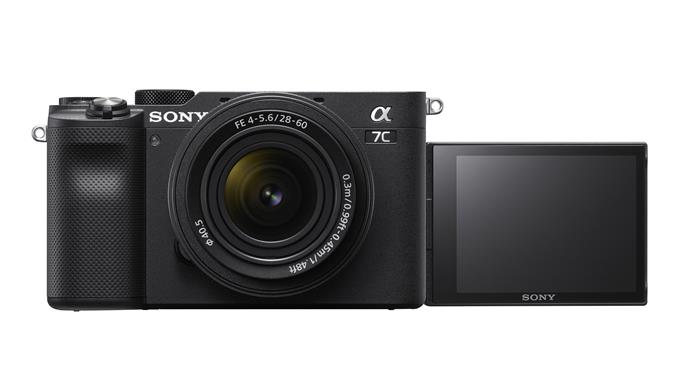 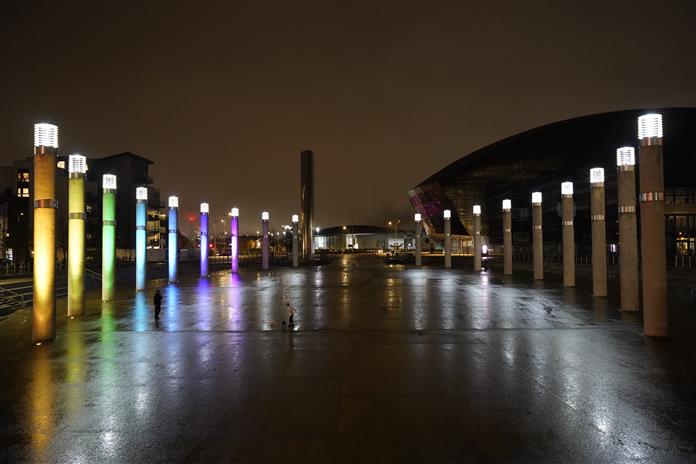 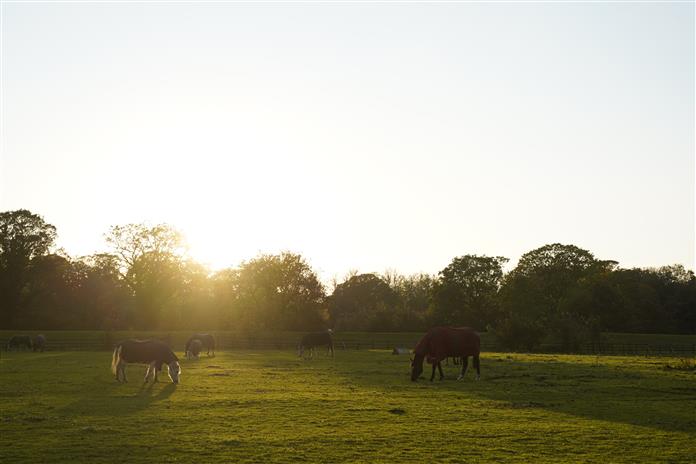 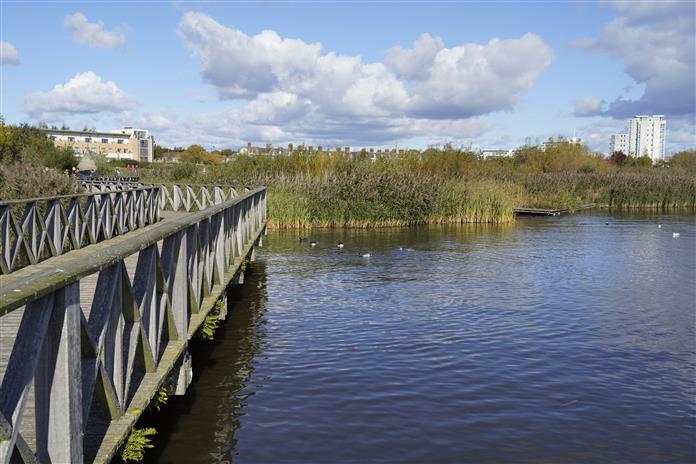 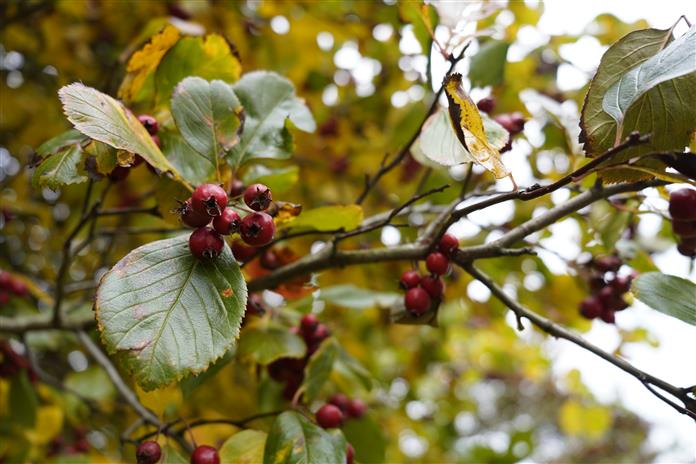 If you’re looking for a very small full-frame interchangeable-lens camera, what Sony has managed to do by cramming full-frame tech into an APS-C (more or less) sized body is pretty impressive.

That said, Sony’s APS-C cameras, like the A6600, aren’t the most pleasant to use. Placing full-frame tech in something similarly built can be a technological achievement, but that doesn’t translate into a system that’s too fun to use.

The viewfinder is small and cramped, and although the screen articulates fully, being low resolution, it doesn’t make your compositions and images shine when playing.

There is also the issue of pricing. With the A7 III being quite old now, it’s actually cheaper to buy this (bodywork only) than the A7C. The difference becomes a bit more apparent when comparing each model with their respective kit lenses, with the 28-60mm kit lens helping to keep the overall package price at £ 2,150 (compared to £ 2,649 for the A7 III with 24-105 mm). However, since the A7 III’s kit lens is more capable, you could easily say that it represents good value for money.

Ultimately, choosing the A7C really depends on what you want in a camera. If you’re looking for something ultra-portable for travel and the like, then this is something to consider – but for most photographers, we recommend looking instead at the A7 III, which offers the same performance in one. much better use of the body.