For the first time ever, a character in the game with the largest worldwide downloads was inspired by a Vietnamese artist. 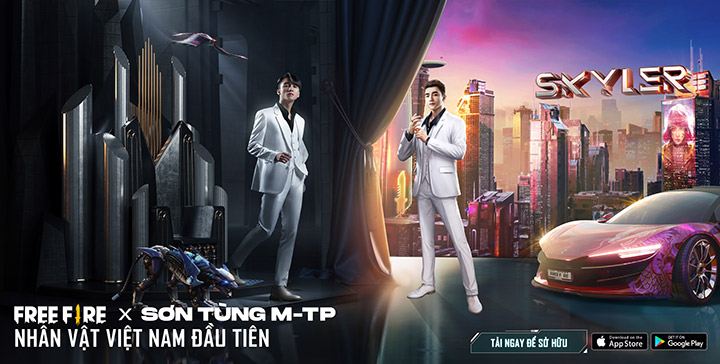 Character inspired by Son Tung M-TP in the Free Fire game is Skyler, scheduled to be released on February 5. Free Fire players will not only experience the new Skyler character, but also many items in the game bearing the personality of artist Son Tung M-TP.

According to the published 3D image, Son Tung’s character will stick to the prototype to the smallest details such as style, costumes to the voice of this male singer. From there, players can completely feel like chatting and playing with Son Tung M-TP.

The cooperation with Son Tung M-TP is an effort to help the Free Fire game become closer to players in each country. The “handshake” with Free Fire also marks a new step in the development of Son Tung M-TP in the game world, besides the remarkable successes in the music and film field.

Free Fire is currently a large-scale global game with a record 100 million daily active players in the second quarter of 2020. According to App Annie statistics, Free Fire is the mobile game with the most downloads. world for 2 consecutive years 2019 and 2020.