In 2009, Derek Morrison stopped in front of an airport store and hesitated to buy a pair of Louis Vuitton sneakers in collaboration with American rapper Kanye West worth $960 handcrafted from suede. However, he decided not to buy it.

Ten years later, the shoes are being sold online for up to $10,000. Currently, Morrison is working as the senior director of the European region for sneaker platform StockX. He said he regretted not making the right decision.

The Louis Vuitton sneakers debuted just a few months before Kanye West teamed up with Nike to introduce the “Nike x Yeezy” shoe line that changed the fashion industry landscape. “They represented a convergence of sneakers, Kanye West and high fashion which was controversial at the time but it was a pivotal moment in the industry.” Morrison said and described “It was the breakthrough that paved the way for the modern era we see today.”

The selling price of a pair of shoes can change dramatically if something happens to it. Since 2017, sky-high auction shoes have been all the rage, from a $190,000 Converse pair signed by basketball player Michael Jordan when he wore it to the 1984 Olympics, up to a pair of Nike Air Jordan 1s priced at $615,000 in 2020.

Or earlier this year, auction house Sotheby’s held a sale for one of the most valuable sneakers ever to hit the market. The sneaker model worn by Kanye West on the 50th Grammy stage officially sold for $ 1.8 million.

Over the past five years, there has been an explosion in the number of collectors spending huge sums on rare shoes, said Caitlin Donovan, head of handbags, streetwear and sneakers at Christie’s auction house. , said.

Through the sneaker exchange platform Stadium Goods, Donovan realized that most of the above deals were focused on Nike’s Jordan line. At an auction this week, there are nearly 30 pairs of rare sneakers, ranging from prototype Jordan, sports-match versions to early limited edition pieces. At the end of the sale, the most expensive item went to the red and black Air Jordan High 1s for $ 27,500. 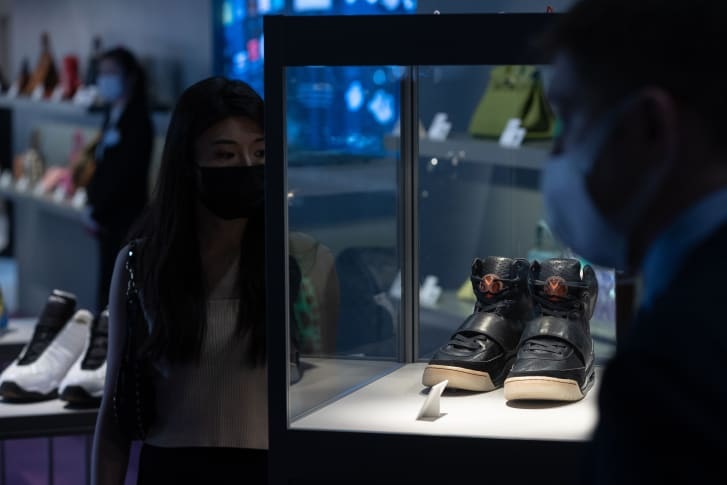 The shoes Kanye West used to wear have a resale price of up to 1.8 million USD

The higher auction prices reflect the strong growth of the secondary sneaker resale market, which StockX estimates is currently worth $10 billion. That number is predicted to grow to nearly $30 billion by 2030, as more and more people hunt for limited edition “deadstock” items – shoes in brand new, never-worn condition. out on the street – for the purpose of reselling or displaying them as valuable assets.

“Young people, mostly from many urban areas, have made up the sneaker market today and they will continue to have a big impact on the sports shoe industry.” Ligaya Salazar, curator of the exhibition “Sneakers Unboxed: Studio to Street” sponsored by StockX at London’s Design Museum, said.

Sneaker culture has long been associated with sports. Especially after Michael Jordan’s 1985 Air Jordan was released and was considered by Donovan as “the world’s first sneaker and most worth buying”.

“Those were iconic sneakers of the early era. Jordan has slowly permeated popular culture and spawned a new breed of collectors: lovers of sneakers, as they are known. are sneakerheads”, Donovan said.

Since then, the sneakerhead world has diversified as more and more millennials join the ranks of the most prestigious and professional collectors.

Sneakerhead Ann Jacobe, who owns about 500 pairs of sports shoes of all kinds, said she welcomes the public’s interest in luxury shoe products. Even the most expensive models of shoes, Jacobe does not hesitate to wear them. Meanwhile, some people uphold the notion that sneakers can be viewed as a work of art considering their price tag.

And if Air Jordans are one of the most popular sneakers on the market, they also have one of those inspirational stories.

The result of a collaboration between Michael Jordan and Nike, this design famously follows the “51% rule” of the American Basketball Association (NBA), which stipulates that players can only wear white shoes on the field. However, Jordan wore a pair of red and black Air Jordan 1s in a pre-season game, helping it surpass that standard to represent a cultural moment. 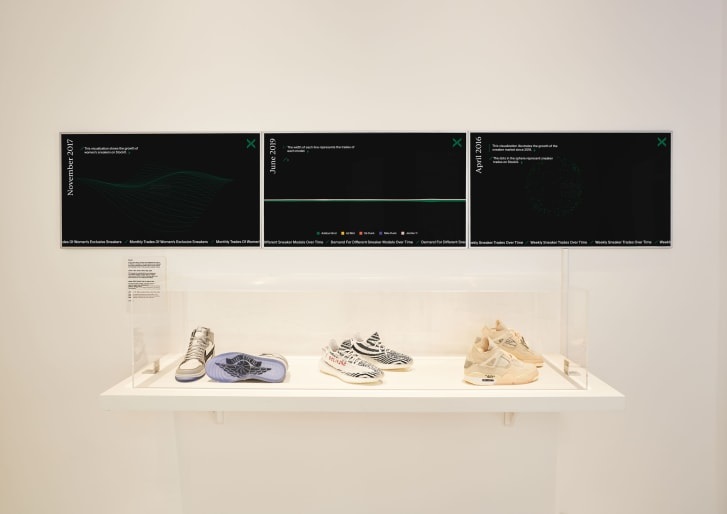 Nike then capitalized on the controversy, re-releasing the Air Jordan 1s and was well received by many. Capturing the cultural power of the sneaker, the company has begun collaborating with high-fashion labels like Dior and Sacai, as well as non-sports celebrities like Travis Scott.

Before the success of Nike, other fashion names have followed suit, such as Adidas’ Marvel Avengers-themed sneaker line or Balenciaga’s fashion collection combined with Sony PlayStation to attract gamers.

Changing the look of sneakers

Not everyone who invests in expensive shoes comes from a love of sneakers. Like art and property, shoes can represent both an investment and a way for collectors to diversify their assets.

“In limited editions, they often have a vintage twist and that’s always been the pinnacle of the luxury collectibles market. Collectors are often on the hunt for shoe brand collaborations with another party. at sky-high prices. And it’s not an easy job because they’re only sold in limited quantities.” Donovan said.

Thanks to exchange sites like StockX, which tracks shoe values ​​in real time and sales like stocks on Wall Street, collectors can more easily find expensive shoes that are rarer. . They even have parties that specialize in checking fake goods so that they don’t have to buy the wrong product. 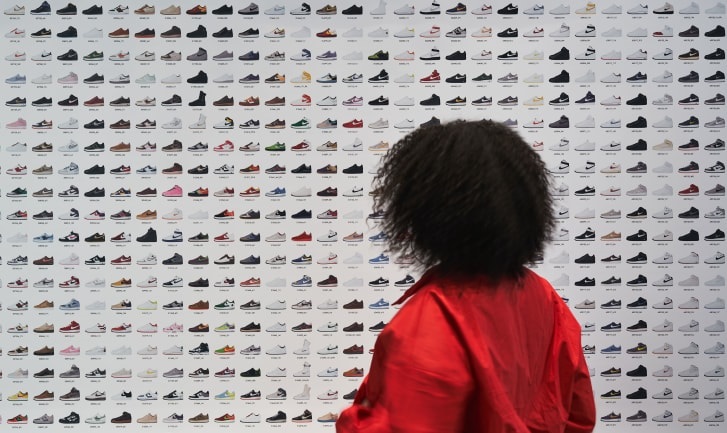 And creating limited editions became even more a huge business with huge profits. In the past, collectors used to have to queue outside of stores to buy products, now sellers are turning to hunt online. Every time a new collection from a brand is released, sneakerheads often set up automatic software to make purchases as soon as they open for sale.

Meanwhile, if sneaker resellers are knowledgeable about the product and the market, they can push shoe prices up tens of thousands of dollars. The StockX platform said that the collaboration between Nike and Dior to produce the Jordan 1 Retro High Dior product has created a fever in 2020. Although the original price is only $ 2,000, the resale price of this sneaker is up to $ 11,000 via through an auction on e-commerce platforms.

With this release, Nike only produced a limited number of 8,500 pairs worldwide and launched on the 35th anniversary of the Air Jordan shoe line. Since then, Jordan 1 Retro High Dior converges all 3 elements including rarity, co-branding and historical moment. To date, the highest price the product has received on StockX is more than 12,600 USD.

“There are many factors that make some shoes more expensive than their generic counterparts, including its rarity, celebrity use, or an exaggerated collaboration. But overall, it also depends on the supply-demand relationship – the fewer products sold, the more attractive or resonant they become, which in turn also makes the price higher and harder to own.” Morrison commented.

But whether it’s for passion or profit, all shoe collectors are looking for sneakers that embody the world’s contemporary culture.

Ngoc Diep (According to CNN)