A study by the Kaspersky laboratory carried out with 6 thousand people revealed that more than 50% of smartphone and tablet users cannot remember the phone number of people close to them. In addition, 43% of respondents stated that they trust their cell phones to memorize for them what they need. The results show the impossibility of retaining information that some people acquired due to the ease of accessing it on their smartphones. About half of the respondents believe that the cell phone stores everything they need to know or remember during the day. 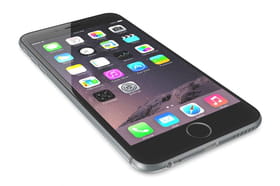 The experts involved in the research say that the situation reported by a large part of the interviewees concerns a condition called numerical amnesia, which corresponds to forgetting information entered on a smartphone. This phenomenon, they claim, affects people of all ages, as well as men and women in equal measure.

Several researchers point out that the smartphone plays, for many people, the same role that stuffed animals or other toys have for babies and children. Their loss, like toys, can detonate episodes of panic and sadness among adults. Other scholars point out that the cell phone or tablet increasingly works as a brain prosthesis or as a device that works as an extension of the user’s memory.

Stress due to loss of the device

The Kaspersky study showed that the loss of the device or the theft of the information recorded on it can cause situations of great stress among users. Therefore, the researchers defend the need to protect the data registered on the cell phone. However, only one in three smartphone owners and only 25% of tablet users use any program or tool that protects or backs up their data.

Connected 24 hours a day to their smartphones, users of this type of devices communicate each time fewer and more superficially with family and close friends.

The permanent connection can also be the cause of cases of burnout, the professional burnout syndrome. Without disconnecting, the user is always at the employer’s disposal to perform small services even during weekends and vacation days.