This sandstorm is the result of a combination of cold air and a tornado.

Mongolian authorities said that the sandstorm formed in the country left 6 dead and 81 missing. Previously, 548 reports of missing persons were submitted. But by 9 a.m. this morning, 467 people had been found.

On Monday morning, March 15, Beijing was “engulfed” by the biggest sandstorm in 10 years. Visibility in most areas dropped below 1,000m, and the PM10 fine dust index reached nearly 10,000 micrograms / cubic meter in the city center. 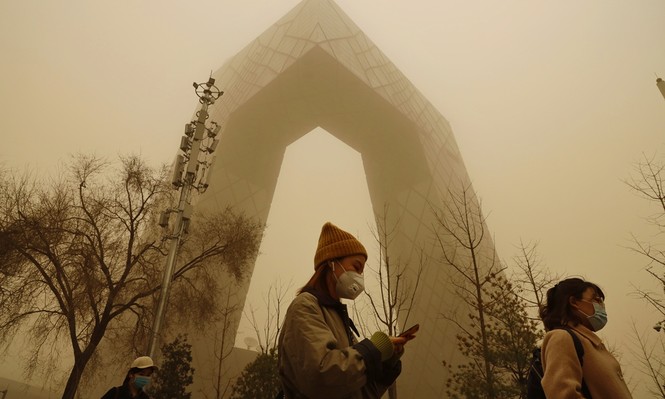 With the Yellow warning, residents are encouraged to temporarily set up all outdoor activities and wear protective masks.

According to the Central Meteorological Observatory, this is the most severe sandstorm, and has the widest impact range in China in the past 10 years.

It is forecasted that sand storms will continue to rage in China on Monday, and gradually decrease at night.

According to Global Times