Side Effects of Marijuana

Marijuana is a plant used for some medicinal purposes, relieving pain and helping to treat diseases such as Alzheimer’s, depression and multiple sclerosis. However, when consumed without medical supervision, Cannabis sativa can generate physical addiction. 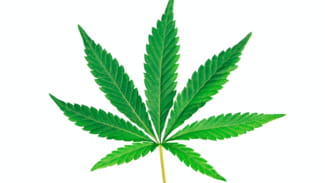 Main side effects of marijuana

Marijuana increases the risk of schizophrenia, can cause chronic psychotic symptoms, insomnia, reduce memory, hinder learning, cause delusions, anxiety, increase the chances of depression and cause mental confusion, as well as personality disorder.

Emergence of side effects of marijuana

The side effects of marijuana usually appear when the plant is used without medical advice and in excessive amounts. Cannabidiol, a drug that contains the therapeutic properties of marijuana, does not have the addictive effect of the plant.

Long-term side effects of marijuana

When consumed for a long time, marijuana increases the chances of developing lung cancer, bronchitis, chronic cough and cardiac arrhythmia, in addition to making the immune system more fragile.