Seniors and Gaming – You are never too old to play video games!


We often tend to say that video games are aimed at a young audience. What do we mean by that? Who are these “young people”? Because in fact, when we talk about growth and development from a morphological point of view, we observe five phases (although depending on the individual there may be inequalities, in particular due to their origin of life) :

Knowing this, one would assume that “young people” enter the first two phases. However, we can easily see that many games are intended for an informed public. We wouldn’t let a 10-year-old play Outlast or Until Dawn, or even a 14-year-old (no, really, the age limits are not there to look pretty).

So long the video game was reserved for a young audience (and male), today, the trend is changing. This hobby now affects all sections of the population; Moreover, according to SELL, the average age of users has gone from 21 in 2005 to 40 in 2019. The video game industry has become intergenerational and affects children, adults and seniors alike. Yes, seniors, you read that right! 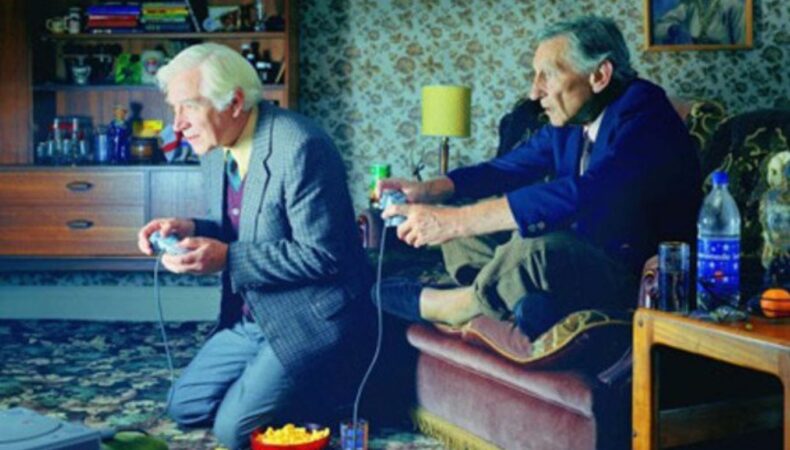 Moreover, several studies have been carried out and have thus shown that video games suitable for the elderly and played in good conditions have undeniable advantages :

The Rosemary home in Clapiers near Montpellier was one of the first retirement homes to be equipped with a Wii, and beyond the benefits mentioned above, the console allowed residents to once again have self-confidence, and to overcome their isolation by making them interact.

Even outside the walls of a home, we are seeing more and more seniors playing video games. This is a whole community of elderly people who claim to be gamers, playing for fun and sometimes even for the taste of competition. Which brings us to the esports scene where it is no longer rare to find seniors playing tournaments!

In short, you will understand, video games are for everyone! The entertainment catalog is vast enough for gamers all over the world of all ages to enjoy playing. If, by chance, there are still a few detractors to claim that video games are useless, here is further proof to the contrary. If it is now rising to the rank of art, like cinema for example, and is no longer considered only as “simple entertainment”, it is also useful!

Furthermore, it makes it possible to make the link between the generations and to bring them closer, evidenced by this viral video of a 93-year-old Japanese grandfather playing a car game. A steering wheel and a speed arm bought by his grandson, and there he is all smiles, reviving his passion for cars. Having driven taxis in Tokyo in the 60s then dump trucks until the 90s, here he is “driving” cars he has already owned!

We leave you with this video which is sure to put a smile on your face.