The intro here is no news – Episode 7 is another wondrous outing for Seirei no Moribito.  It may in fact be my favorite of the series to this point, but the problem is that by the time it’s over there are about a dozen I could say that about and choosing between them is like choosing between my children (if I had any). 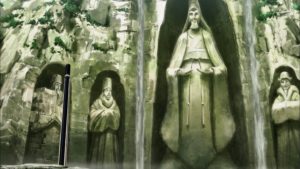 The thing that really stands out about this ep in hindsight is that it was the first one where Kamiyama Kenji really began to make Seirei no Moribito the anime his own distinct creation.  There are a lot of changes from the novel to the anime (reportedly Uehashi Nahoko was kept in the loop and signed on), but they’re most telling in this middle portion of the series.  The backstory of Balsa and Chagum’s relationship and life together is vastly more developed in the anime, which means Tanda’s role in this new family is as well.  Since for me this is probably the best part of the series that’s a huge change for the better – and having read the translated novels now, I feel that more strongly than ever. 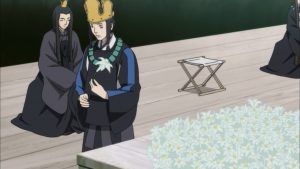 This is also where some of the viewers who were drawn in by the more action-driven episodes began to see Moribito as falling short when held up to a conventional anime metric.  “Nothing happened” was a complaint I heard lodged against some of these middle episode, including this one.  The problem is, you could hardly imagine a less conventional anime than Seirei no Moribito.  Thank God Kamiyama wasn’t interested in making allowances for convention – it seems clear he told the story he wanted to tell, with minimal interference from anyone outside the creative process.  Even in 2007 that was miraculous in anime – nowadays it seems entirely impossible. 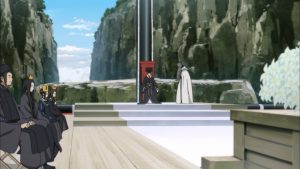 How anyone could watch this episode and say “nothing happened” is utterly and totally beyond me.  Immense amounts of stuff happened – world building and character development is as far from nothing as you can get, especially with a story this profound.  Between the writing, visuals, and music the emotional power of watching these mundane events play out was off the charts.  It’s incredibly subtle and incredibly deep, this three-way character web, and you just grow to love these wonderful people so much.  All three of them are beautiful souls, and it only makes what happens later in the story that much more painful. 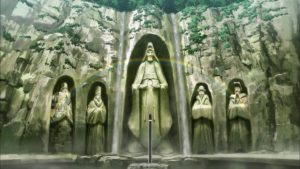 From the moment the Yakue proprietress brought out the Gisho – the three-bean “celebration” dish – to Tanda, the waters were running deep indeed.  One of the sheer joys of this episode is just watching these characters in silent moments.  Chagum is voraciously observing everything around him, trying to process this kaleidoscope of sensory data and new concepts.  Meanwhile, Balsa is always watching Chagum – sometimes inscrutably, but sometimes a little smile will creep onto her face and we can tell exactly what she’s thinking.  It’s the blossoming of love – maternal love of a woman who isn’t a mother for a boy who isn’t her child. 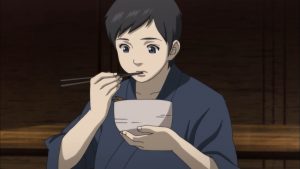 This is where the reality of the situation begins to sink in.  For Balsa this is unlike any other job, because it doesn’t end – she’s stuck with Chagum, but is becoming glad of it.  She’s transitioning from a yojimbo to a true guardian, and that means she has to think about the rest of her life.  Just as Jiguro did, when he took her from Kanbal to Yogo.  But for Chagum, this is all troubling.  It’s not that he doesn’t already love Balsa – of course he does.  But this boy is whip-smart, and as he takes in the reality of the commoner – having to pay rent, for example – he begins to see the burden his existence places on Balsa.  Especially as she’s already spent most of the treasure his mother gave her to assist in protecting him. 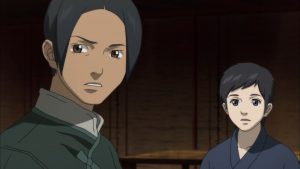 I love that mill house to an irrational degree, as anyone who’s read my Moribito sequel knows.  In addition to being gorgeously depicted (this is another episodes full of astonishingly beautiful backdrops), it seems to represent Balsa and Chagum’s bond in a very profound way.  As Tanda spends too much to make too splendid a supper for his “family”, Chagum – as naive as he is intelligent – tries to give Balsa his mother’s earring and declare that she and Tanda are free from having to care for him.  It’s a fitting gesture, perfectly in-line with his nature, but what he comes to realize is that it’s the last thing in the world Balsa and Tanda want. 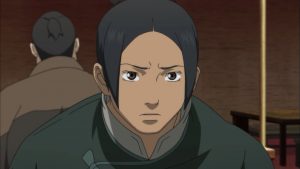 Balsa’s dialogue here is some of my favorite of the entire series.  “Baka da ne…  You can stay here as long as you like.  That’s what I promised your mother, remember?  And besides – there are lots of people in this world who couldn’t abandon a boy like you even if they weren’t getting paid.”  I can’t even begin to describe how many layers are packed into those words.  First Balsa reassures Chagum that she’s still within the bounds of her job – but what she says next is “You’re special.  And I wouldn’t give this up for anything – this is my choice.”  In her gruff and understated way Balsa is capable of an eloquence that’s as remarkable as her prowess with the spear.