Huawei recently confirmed that it will launch its Mate 30 product line at an event held on September 19 in Munich, Germany.

Today, just a few days before the launch, PriceBaba has teamed up with OnLeaks to create impressive 360-degree renderings and videos of the flagship Mate 30 Pro.

According to Gizmochina, the Huawei Mate 30 Pro design is reimagined that it will have a high-end appearance with a glass back like its predecessor last year. At the back, this flagship has a 4-camera system with sensors arranged in a 2×2 format. The left corner of the back also has dual LED flash, Leica sensor and brand.

The Mate 30 Pro measures approximately 158.1 x 73.6 x 8.7mm and the thickness of the device increases to nearly 9.7mm if you include the protruding portion of the camera. Occupying most of the front of this phone is a "rabbit ears" screen, which is bent almost 90 degrees on the two sides like "waterfalls". 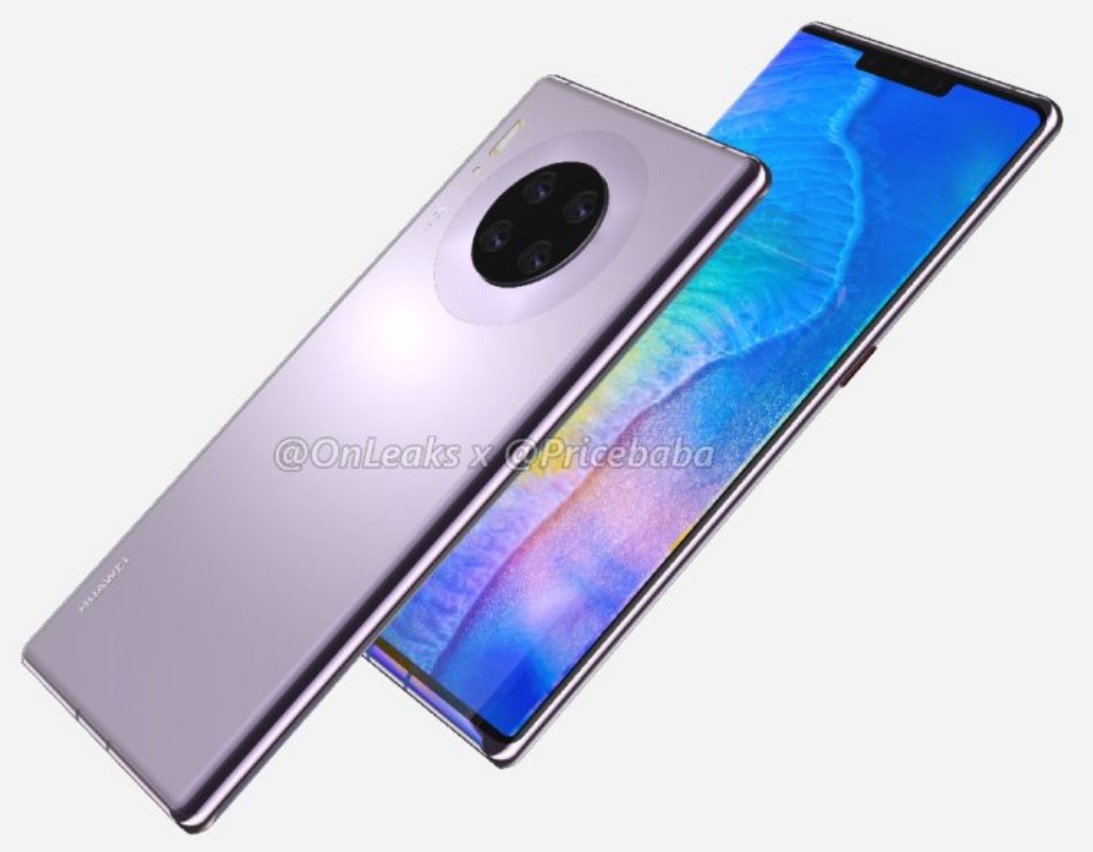 There is no volume button on the device and the power button is visible on the right side. In addition, the Mate 30 Pro may own a pressure sensitive area on the power button to control the volume. The bottom edge of the phone is equipped with a SIM tray, USB-C port and external speaker. An IR blaster infrared sensor and microphone can be found on the top edge of the device. 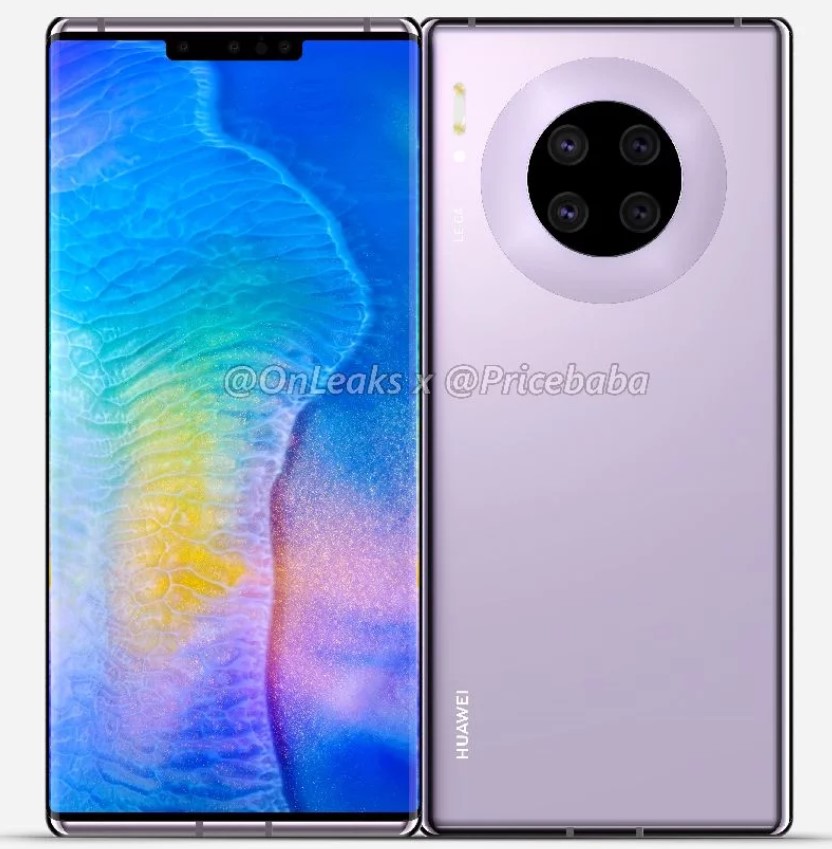 Regarding configuration, previous rumors said that Mate 30 Pro will use Kirin 990 chipset with built-in 5G modem. The new SoC is expected to officially be introduced at IFA 2019 on September 6. The Mate 30 Pro's camera setup may include 2 40MP lenses + 8MP lenses + 3D ToF sensors. It can have 4,500mAh battery which supports 55W fast charging and 25W wireless fast charging. The phone will run on Android, but it may not have the Google app because of the ongoing trade ban imposed by the US.

Finally, OnLeaks has stated that because the images above are based on a CAD, it may not be completely accurate.