After a long time appearing in the form of rumors, today, Samsung has just launched its new Galaxy M12 phone in Vietnam.

In fact, the Korean company didn’t hold an event to launch the phone, but quietly listed it on its official website.

As revealed from Samsung, Galaxy M12 is equipped with a 6.5-inch PLS TFT screen, supports HD + resolution and uses a waterdrop notch design to accommodate the selfie camera. Inside, this phone is powered by an 8-core chip clocked at 2GHz, comes with 3GB / 4GB / 6GB RAM, 32GB / 64GB / 128GB internal storage and user can expand the storage via microSD card. 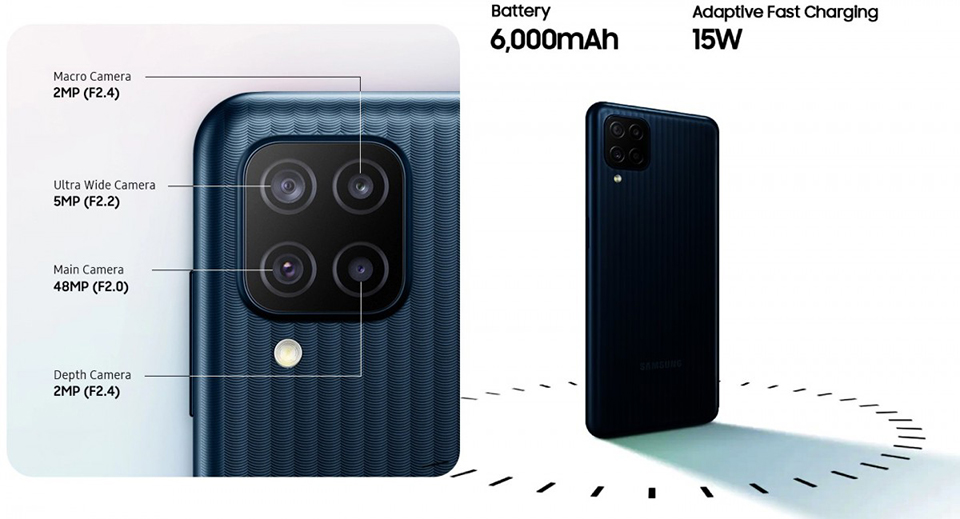 In terms of photography, Galaxy M12 has a 16MP selfie camera on the front for users to take selfies and video calls. On the back, this phone impresses with a 4-camera system, including a 48MP main sensor + 5MP lens for ultra-wide angle + 2MP macro camera + 2MP depth sensor. The remaining features of the Galaxy M12 include a 6,000 mAh battery with the support of 15W fast charging technology, which promises to respond well to 2 long days of user use. This phone will run on Android 11 operating system with OneUI 3.x user interface and support connections like 4G LTE, Wi-Fi, Bluetooth, USB Type-C port for charging, 3.5mm headphone jack. . It measures 164.0mm x 75.9mm x 9.7mm and weighs 221 grams.

Unfortunately, despite being introduced, the price and release date of the Galaxy M12 have not been disclosed.