According to newly received information, Samsung seems to be working on two new mid-range Galaxy A smartphones and is expected to release them in the next few weeks.

Samsung has introduced at least nine new Galaxy A smartphones this year, and at least three more are underway. The latest reports reveal that one or two Galaxy A50 phones are coming soon as they are both certified by the Wi-Fi Alliance.

Specifically, GSM Arena recently shared information that the two devices have the SM-A561F model number and the SM-A562N both obtained Wi-Fi certification from the Wi-Fi Alliance organization, a sign that they have ready to go to the market. According to information experts, based on code names, they are more likely to be different variants of the same phone or may be two completely different products.

This is entirely possible because Samsung previously released Galaxy A10e and Galaxy A20e with the same model number as the original version. They are distributed to individual markets. Therefore, Samsung's newly discovered phones are said to be called Galaxy A50e. 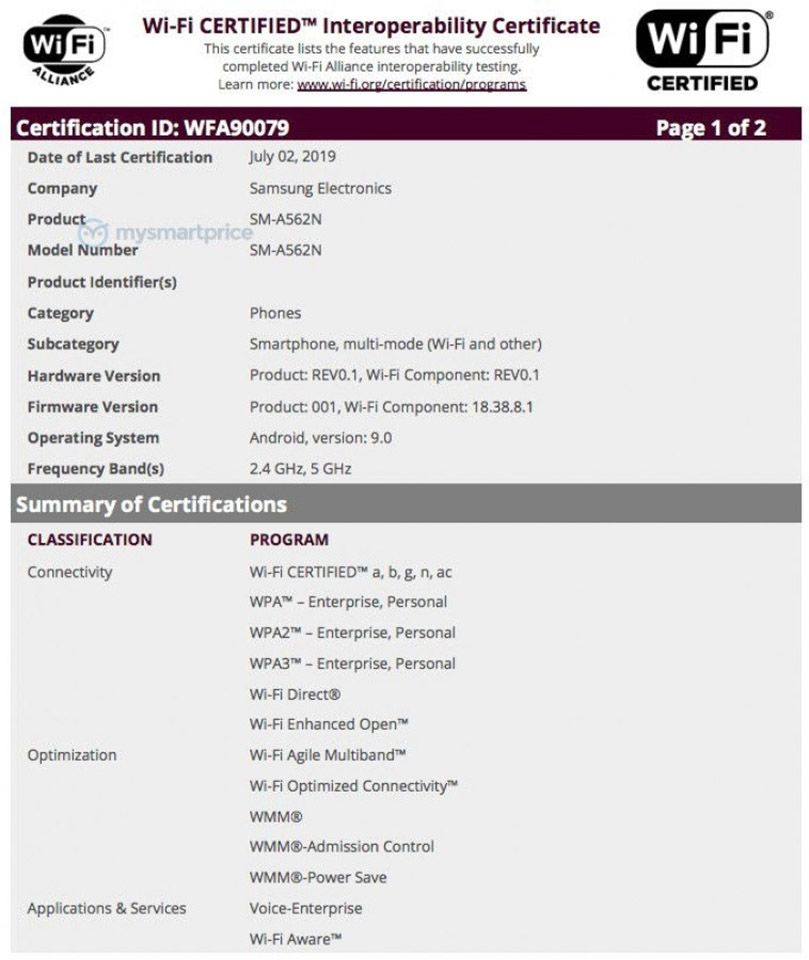 What's more interesting is that these model numbers have been discovered before, so they're not the upcoming Galaxy A90 or Galaxy A60. Earlier, a source also discovered a phone with model number SM-A507FN different from the device that appears in the Wi-Fi Alliance. So it seems that Samsung is working on many new phones in its Galaxy A line.