New inventions continue to show that Samsung is about to have new breakthroughs in design on smartphones.

Samsung has recently been licensed by the US Intellectual Property Office for a new patent for a dual-screen smartphone. The new invention was approved on June 11th. Although Samsung submitted this morning in Korea, however, with the US market certification, Samsung seems ready to turn the idea into reality.

Specifically, the new invention shows a smartphone with an edge-over screen on the front and half a screen or a screen on the back. Of the 7 sketches included with the invention, the main camera is located at the top of the front screen and the device is not equipped with a selfie camera. Dual screen allows users to use 1 camera to both be the main camera and selfie camera.

And due to being equipped with 2 monitors, of course the device will have less battery life. However, Samsung has customized the second screen to not use energy when users do not need it. This design is similar to the previous two screen YotaPhone.

For the YotaPhone, the manufacturer equips this device with 2 monitors, including a main LCD or AMOLED screen, while the secondary screen on the back will only be an E-ink screen. E-ink screen helps to minimize the power consumption. YotaPhone was first announced in 2013, ie 4 years ago when Samsung submitted the first patent for dual screen smartphone device. 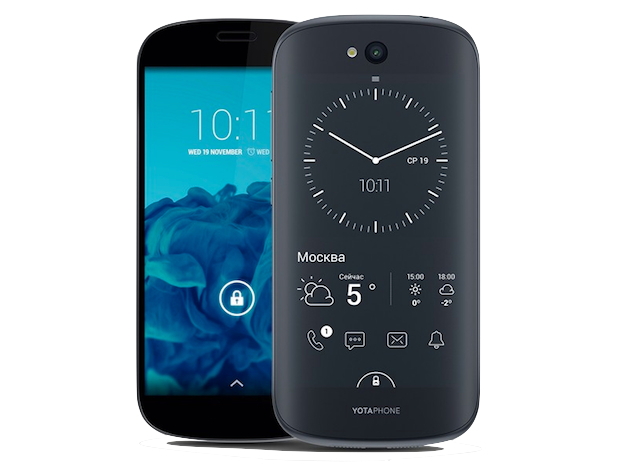 Samsung has tested the 2 smartphone models previously, specifically with Galaxy W2017 and Galaxy Folder, although both devices have no face on the back. Meanwhile, at the end of 2017, ZTE also launched the Axon M with 2 screens on the front, instead of 1 before 1 after.

In the patent submitted by Samsung, Samsung's two-screen smartphone is not equipped with a 3.5mm headphone jack. This shows that the high possibility of the upcoming Galaxy Note 10 will no longer be equipped with headphone jacks, and beyond that Galaxy S11 series next year. 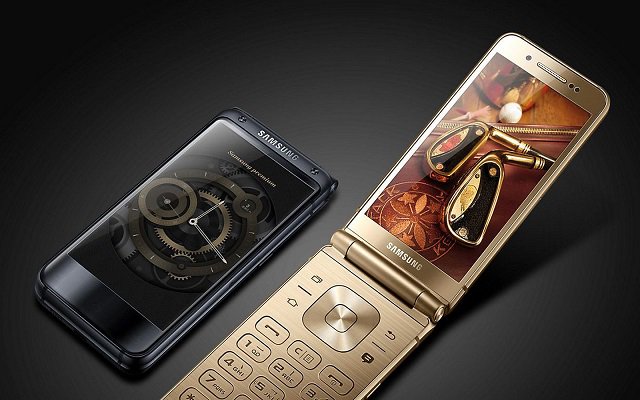 In addition, the design of these two screens may also appear on the Galaxy A-series. As we know the Samsung A-series of Samsung is often equipped with new features that are experimental, before putting up high-end flagship lines. Samsung may continue to bring curved 3D design to the Galaxy S11, and the new Galaxy S12 generation is a new designed smartphone Samsung tested earlier on the Galaxy A-series.

Samsung earlier said it will bring high-end features to the mid-range Galaxy A-series. And dual screen design can be one of these worthwhile features. And do not forget the Galaxy A-series line is the first line Samsung equipped with 3 and 4 camera clusters, instead of high-end smartphone devices, even Galaxy A8s is also the first smartphone of Samsung equipped with opaque screen Infinity-O hole. Therefore it is not surprising that Samsung may test dual screen design on line A.

Currently, we still cannot know until Samsung will implement this dual screen design. Definitely not this year, but we can expect a change in design of Samsung's new Galaxy series in the first half of next year.