Samsung is one of the few manufacturers that has launched a folding screen smartphone. Recently, there have been reports that the company’s next folding phone, the Galaxy Z Flip, will be introduced on February 11, during the launch event of the Galaxy S20 series.

However, apart from the Galaxy Z Flip, it seems that the Korean manufacturer is also developing another folding screen smartphone called Galaxy Z. According to a leaked advertising poster on Weibo, this phone will use a unique 3-fold folding design that is much more complex than the first generation.

A poster for the Galaxy Z foldable smartphone has been leaked on Weibo.

Unfortunately, the poster only says the device will be called Galaxy Z, in addition to no other information was revealed. However, it can be seen that it possesses a design similar to the triple screen smartphone that TCL introduced earlier. When fully opened, TCL’s triple-fold phone will become a 10-inch tablet, which can also be folded in a Z-shape like in Samsung’s advertising poster.

As for the Galaxy Z Flip, the phone will have a clamshell-like double design like the Motorola Razr 2019, using a “perforated” screen on the front to accommodate the selfie camera. A report from South Korea said it will cost from 1 million won (~ 19.9 million dong) to 15 million won (~ 30 million dong). This price is significantly lower than the $ 1500 price of Motorola Razr, although the Galaxy Z Flip is also equipped with more advanced hardware configuration. 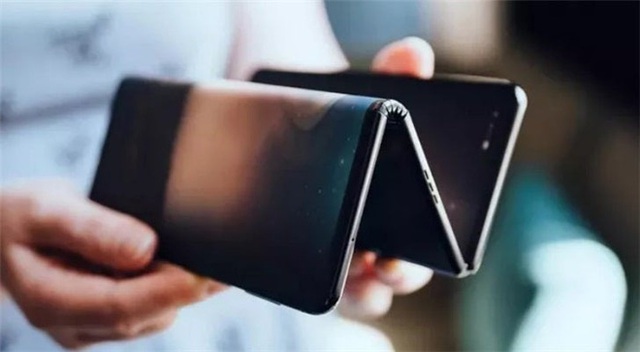 Galaxy Z Flip is rumored to have a 6.7-inch flexible screen, a 10MP selfie camera placed in the “mole” on the front. This is the first folding smartphone to use a new type of glass covering the screen called Ultra Thin Glass, replacing the plastic protection seen on the Galaxy Fold. As a result, the durability of the machine will be improved and at the same time limit scratches during use.

Inside, the Galaxy Z Flip is expected to carry on the hardware power comes from the high-end Snapdragon 855 processor, 1 inch secondary screen and dual camera on the back. The device can be equipped with 2 batteries with a total capacity of 3300mAh and support 15W fast charging, larger than the 2510mAh battery used on Motorola Razr 2019.