According to the latest patent, Samsung Galaxy S10 Lite will have the same punch-hole design as the S10 +, while the back will be identical to the Galaxy S9 +.

Samsung has just been granted a new patent by the US Patent and Trademark Office (USPTO) regarding the Galaxy S10 Lite. This will be the first device in the Korean manufacturer's new strategy, to launch a "Lite" version of its Galaxy S and Galaxy Note flagship models. It is expected to come with the specifications of the Galaxy A91, while the design is inspired by the Galaxy S10 + and Galaxy S9 +.

The patent shows that the device will have an identical front to the Galaxy S10 +, still a mole to accommodate the dual selife camera in the upper right corner of the screen. Meanwhile, the back of the device is a vertically arranged dual camera system in the middle and the LED flash is right, identical to the Galaxy S9 +.

In fact, it looks quite similar to the Galaxy S8 prototype with two rear cameras that Samsung tested in 2017, although the prototype has an LED flash and a heart rate sensor underneath the camera sensor. 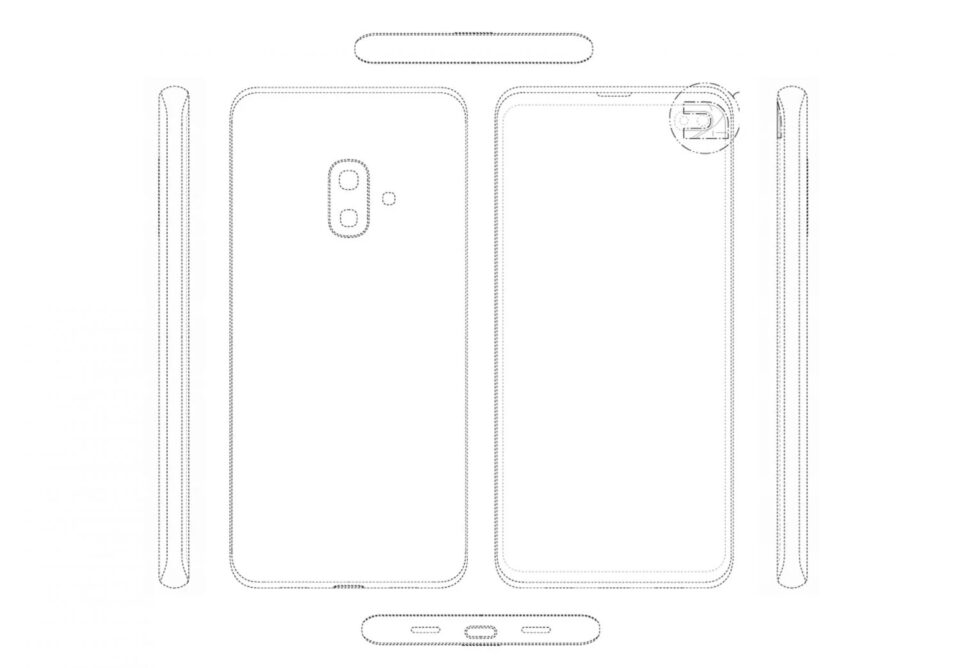 Of course, this is still just a patent and whether or not Samsung applies it is another matter. However, it is the most intuitive clue so we can easily visualize the design of the Galaxy S10 Lite and also quite reasonable.

In addition, it would not be too surprising if the Galaxy S10 Lite has a similar design to other phones in this year's S10 series.