Samsung is expected to launch a new low-cost phone called Samsung Galaxy M32 in the near future. So to see what this upcoming phone has outstanding features, invite you to join me in the article summarizing rumors about Samsung Galaxy M32 below.

Note: The article will be constantly updated, so please follow the article continuously for more information about the device!

Samsung Galaxy M32 with large capacity battery up to 6,000 mAh

According to Gizmochina, Samsung Galaxy M32 will be equipped with a huge battery with a capacity of 6,000 mAh. If this information is true, the Galaxy M32 can last up to all day, helping you listen to calls, study, surf the web without having to worry about having to regularly plug in the device charger. 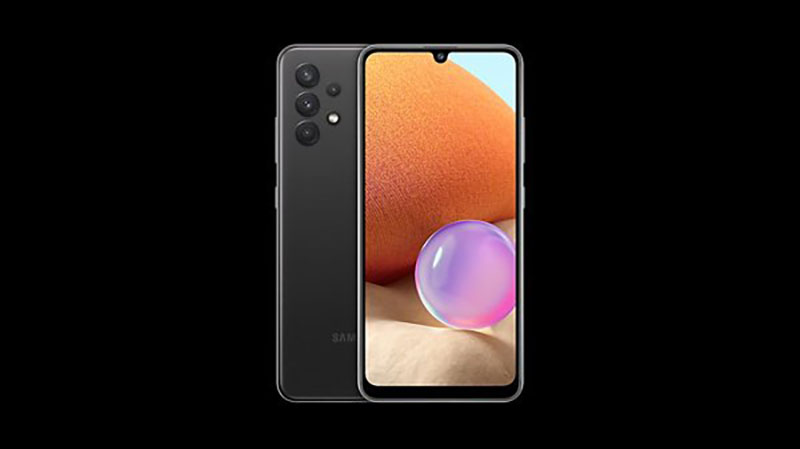 In addition, the Galaxy M32 will also be equipped with 15 W fast charging, although the fast charging parameter is not too high, but with support for fast charging, it also helps you reduce the time to wait for a full charge. big on the machine. 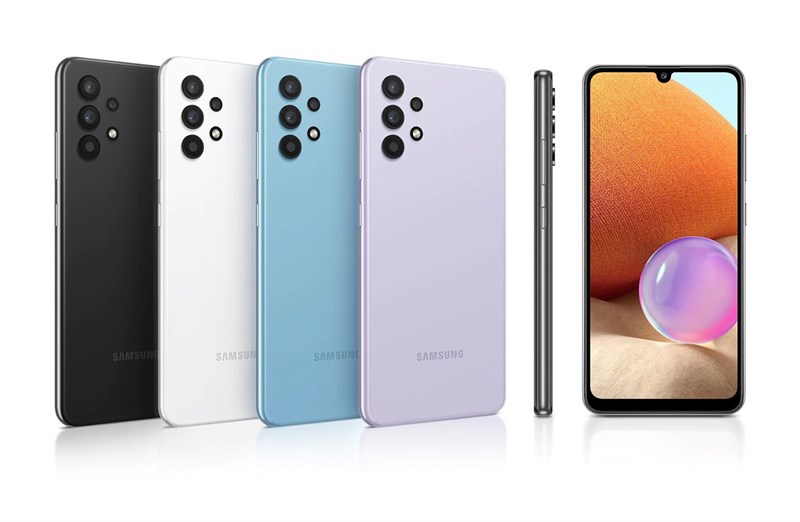 The back and frame of the Samsung Galaxy M32 will be finished with plastic material, which will help reduce the price and weight of the device. In terms of color, Galaxy M32 will probably be sold in four colors: Black, white, blue and purple, giving you more choices.

The front of the Samsung Galaxy A32 is a 6.4-inch Super AMOLED display with a resolution of 1,080 x 2,400 pixels. Galaxy A32 will use Infinity-U Display with 20 MP wide-angle selfie camera placed in the U-cut part of the screen.

According to Gizmochina, Samsung Galaxy M32 will be equipped with MediaTek Helio G80 Quad-core chip and Mali-G52 MC2 GPU. The machine will also have two versions of RAM 6 GB or 8 GB with two options of internal memory are respectively 64 GB and 128 GB. Galaxy M 32 is also expected to run custom One UI 3.1 based on Android 11. 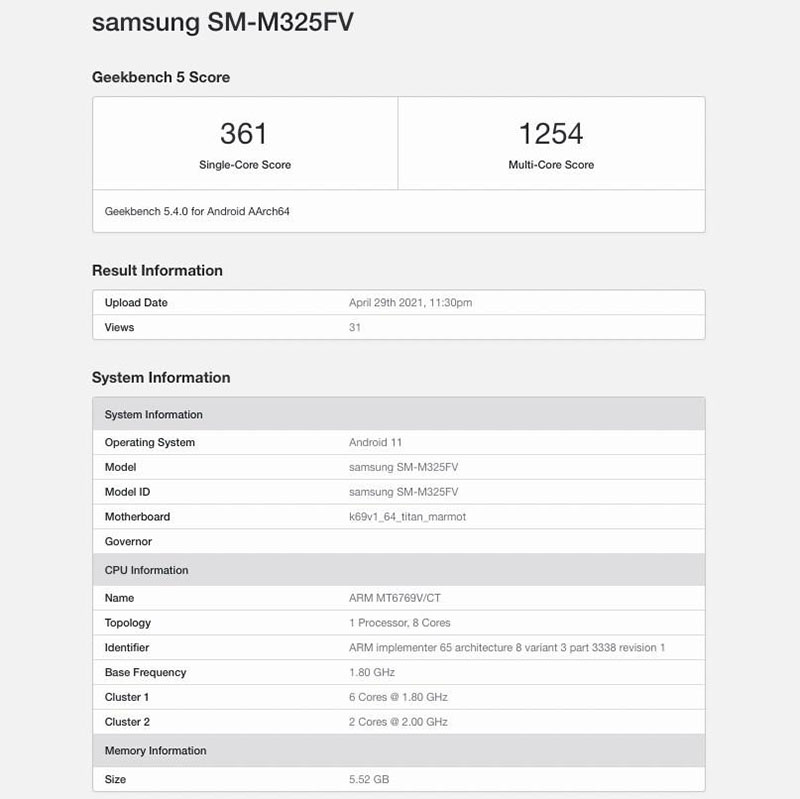 In addition, the 6 GB Galaxy M32 version also revealed GeekBench scores when in the single-core and multi-core tests the phone scored 361 and 1,254 points respectively. With the above configuration, I think Galaxy M32 will satisfy your daily tasks well.

Above are some rumors about the upcoming Samsung Galaxy M32 phone. Let’s look forward to the launch of the Galaxy M32 and see what else Samsung will have on this device.