Samsung has returned to the mid-range, cheap smartphone market with great success thanks to devices such as Galaxy M30 and Galaxy M40. In just four months, the Korean smartphone giant has sold more than 2 million Galaxy M series phones and is targeting over $ 1 billion in online sales in India.

Now, the Korean company seems ready to release more advanced versions of its Galaxy M members. Specifically, a smartphone called Galaxy M30s has just been discovered on the Geekbench performance measurement page and so some configuration information has been revealed.

According to Mysmartprice, Geekbench data shows that the Galaxy A30s smartphone will come with model number SM-M307F. Here, the phone is found to be operating on the latest Android 9 Pie operating system with the processing power provided by Exynos 9610 chip, 8 core clocked at 1.74 GHz and comes with 4GB RAM capacity.

With this configuration, the Galaxy A30s scored an impressive performance on Geekbench. Specifically, in the single-core test the phone scored 1,680 points, while the multi-core test result was 5,211 points. 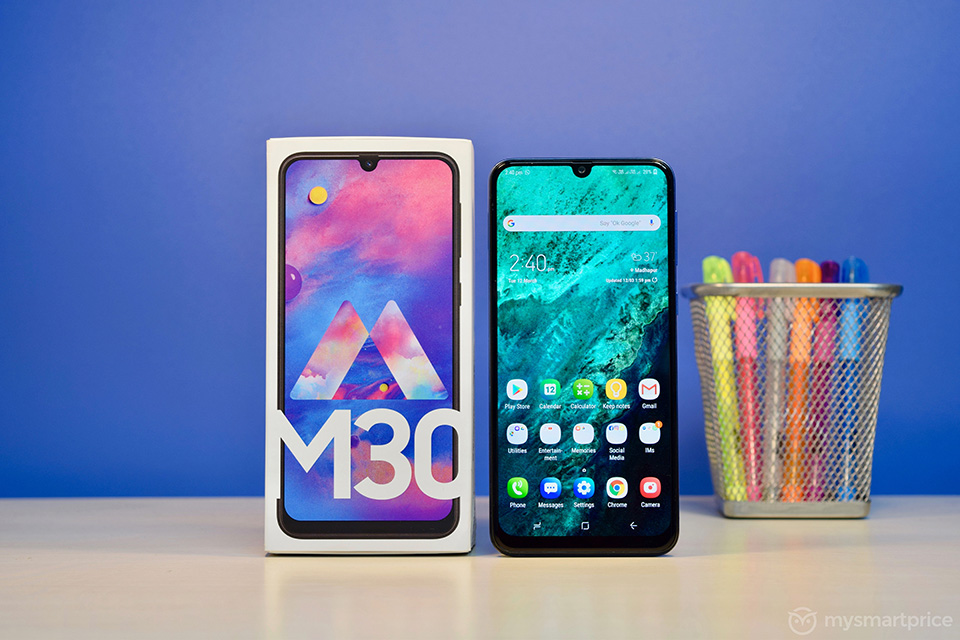 Unfortunately, that's all we know about the Galaxy A30s at the present time. However, with the processor of this smartphone has been upgraded stronger than Galaxy M30, which only uses Exynos 7904 chipset, it is likely that the remaining specifications of Galaxy M30s will be identical to the standard version. . Wait and watch it!