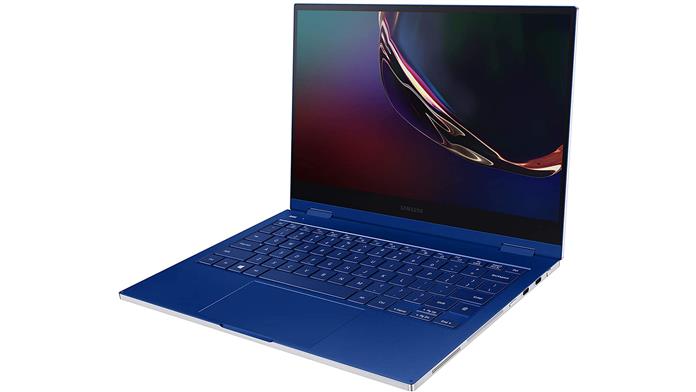 With the Samsung Galaxy Book Flex, Samsung gives you everyday computing power in a device that stands out the most for its design and aesthetics. Its 2-in-1 form factor – so you can use it as a tablet, with a single click – and the included stylus add to the appeal.

When it comes to laptops, generally speaking, you’re either getting bigger and more powerful or light and less powerful, and that definitely falls into the latter camp. Serious gaming and video editing are out of the question, but anything else is entirely possible.

You can buy the Samsung Galaxy Book Flex with a 15.6-inch or 13.3-inch display, and it’s the latter model we had for our review. If you want that extra screen, or a separate number pad on the keyboard, you might want to pay more for the bigger laptop.

In our Samsung Galaxy Book Flex review, we’ll walk you through everything you need to know about this sleek new Samsung laptop: what battery life looks like, what kind of performance you can expect, what looks like the screen and much more. more elsewhere. 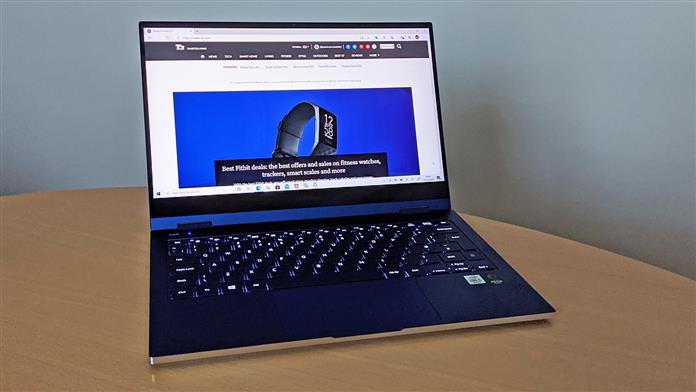 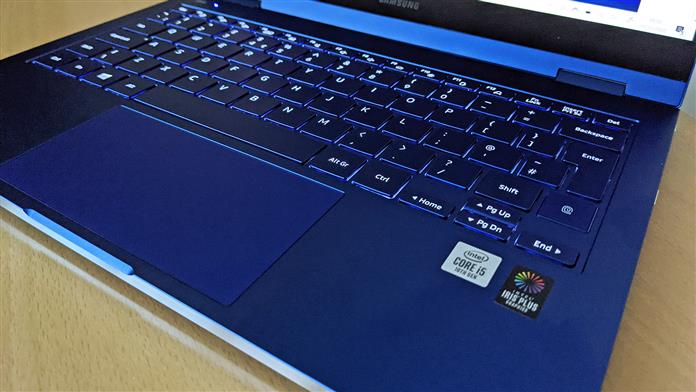 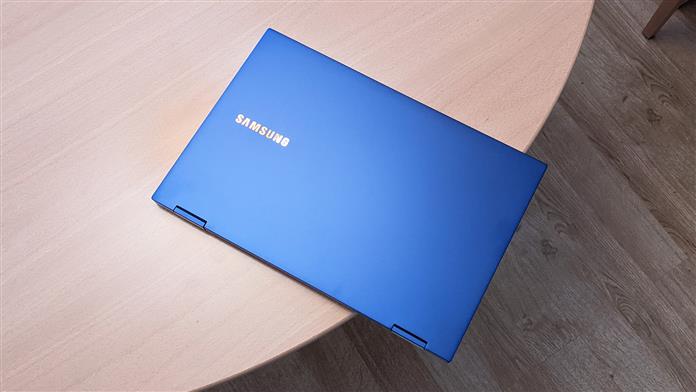 It’s without a doubt a fantastic looking laptop whether you go for the royal blue of our review model or the Silver alternative: the Galaxy Book Flex can be relatively expensive, but you can see where your money is going by. design matter. It looks and feels like a top-level machine, with a clean aluminum body and crisp lines. The build quality is also good, with a strong and sturdy hinge under the screen.

The 13.3-inch QLED touchscreen, which you can fold up and use as a tablet, operates at a resolution of 1920 x 1080 pixels. It’s crisp and bright, and we have absolutely no complaints – whether watching movies or editing pictures, it’s a pleasure to watch, in part thanks to the 100% VDE certified color volume transmitted. by Samsung TVs. The bezels are nice and thin except at the bottom, and you get a built-in 720p webcam, 3.5mm headphone jack, two Thunderbolt 3 ports, a USB-C port, and a microSD memory card slot.

As a tablet, the device is rather bulky (with the keyboard still underneath), but it’s fine for brief use – if you want to lay the device flat and do digital sketches, for example. The S Pen fits right into the case and is intuitive and responsive, although we’re not sure there are many real uses for anyone who isn’t a digital artist. The laptop is great for watching streaming videos, with AKG stereo speakers delivering plenty of quality and range, even at louder volumes.

We also found the typing experience to be very comfortable, with soft, quiet keys to use – we can imagine fueling a few tests or reports on this laptop. The trackpad is just as good, with large dimensions and a quality feel. We also like the inclusion of a fingerprint sensor to the right of the keyboard for easier logins, although it’s a bit misplaced (and means the right Shift key is cut in half). 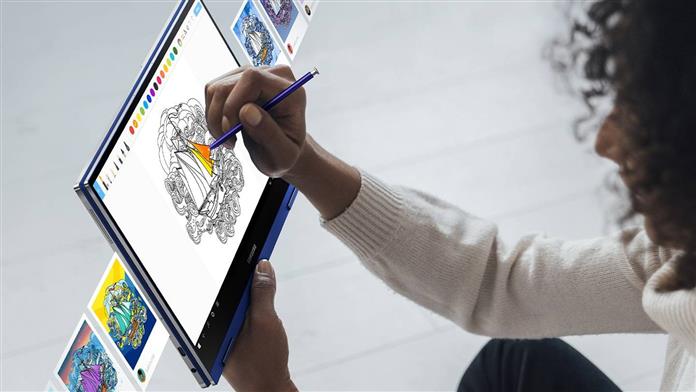 There are only two models of the Galaxy Book Flex available: the 15.6-inch model and the 13.3-inch model. Go for the smaller, cheaper option, like with our test device, and you get a 10th Gen Intel Core i5-1035G4, a high-end processor that first appeared in late 2019. This is paired with 8GB of RAM and 512GB of SSD storage, so you get a decent spec here rather than a spectacular one.

Integrated Intel Iris Plus graphics are good, and the computer gets through tasks like browsing the web, sending emails, editing pictures, and watching movies – don’t expect just not doing quick 4K editing on it or playing demanding games. For most users, the performance will be more than satisfactory, and will be so for several years.

Of course, the 2-in-1 form factor will be one of the main reasons you choose this over other laptops, as will the built-in S Pen – it works when you tap the screen and when you hover over it right above the screen, and you can use it for everything from selecting menu options to creating digital sketches. Another added bonus is that the touchpad doubles as a wireless charger for your phone or other gadget – and if you think you’re going to be using those extra features, the Galaxy Book Flex might be worth the extra price.

In our two-hour video streaming test, the battery went from 100% to 80%, which suggests that you’ll get around 10 hours of streaming in total – although that’s at maximum screen brightness you can so probably improve that if you need to. at. In general, that 10-hour limit seems about right, so you should be able to spend a full day away from an AC adapter with the Galaxy Book Flex.

It’s hard to find many reviews for the Samsung Galaxy Book Flex. You can get a similar set of specs for less money, but you don’t get the extras like the S Pen and 2-in-1 form factor; and while we generally prefer 16:10 aspect ratio displays for reading websites and documents, that’s a minor complaint. The screen might have a higher resolution, but at 13.3 inches it doesn’t make much of a difference.

Interestingly, you can get a higher performance version of this laptop in the US, with an i7 processor and 12GB RAM, so if we were to mark the UK version for something, we guess that would be it. . Otherwise, it offers everything you could possibly want in a laptop: excellent build quality, sleek design, fast performance, a great display, and even a few useful extras that set the Galaxy Book Flex apart from the crowd.

If you’re planning on picking up this laptop, we recommend that you consider whether you’re actually going to use the foldable, stylus, or wireless charging trackpad – because if you’re not, you might be able to find better value. elsewhere. Indeed, if you don’t need all that Windows has to offer and traditional desktop apps, you might be better off using one of the better Chromebooks.

Overall, the Samsung Galaxy Book Flex really impresses, from design to performance to versatility. Samsung hasn’t fully committed to laptops in recent years, despite making some great models, but if that’s any sign of what’s to come in the future, then we look forward to the sequel.