Launched in February 2019, the Galaxy A50 is a feature-rich, budget smartphone that includes a large 6.4-inch AMOLED FHD+ display with a small waterdrop notch and a thin chin, thus providing lots of screen real estate. With an Exynos 9610 chipset running Android 9.0, the Galaxy A50 is one of the most powerful devices at this end of the market. The photography proposition offers not one, but three cameras on the rear of the device: a 25Mp sensor coupled to a 26mm f/1.7 lens for the main camera, an 8Mp ultra-wide camera, and a 5Mp depth-sensing sensor for bokeh shots. Read on to find out how the Samsung Galaxy A50 camera performs against the competition in our in-depth review.

Achieving an overall DxOMark Mobile score of 83 points, the Samsung Galaxy A50 does not rank at the very top of our database of smartphone image quality, but is only 3 points behind last year’s Galaxy A9. The A50’s performance is also on par with much older flagship devices, such as the Samsung Galaxy S6 Edge (82 points) and the Apple iPhone 7 (85 points). 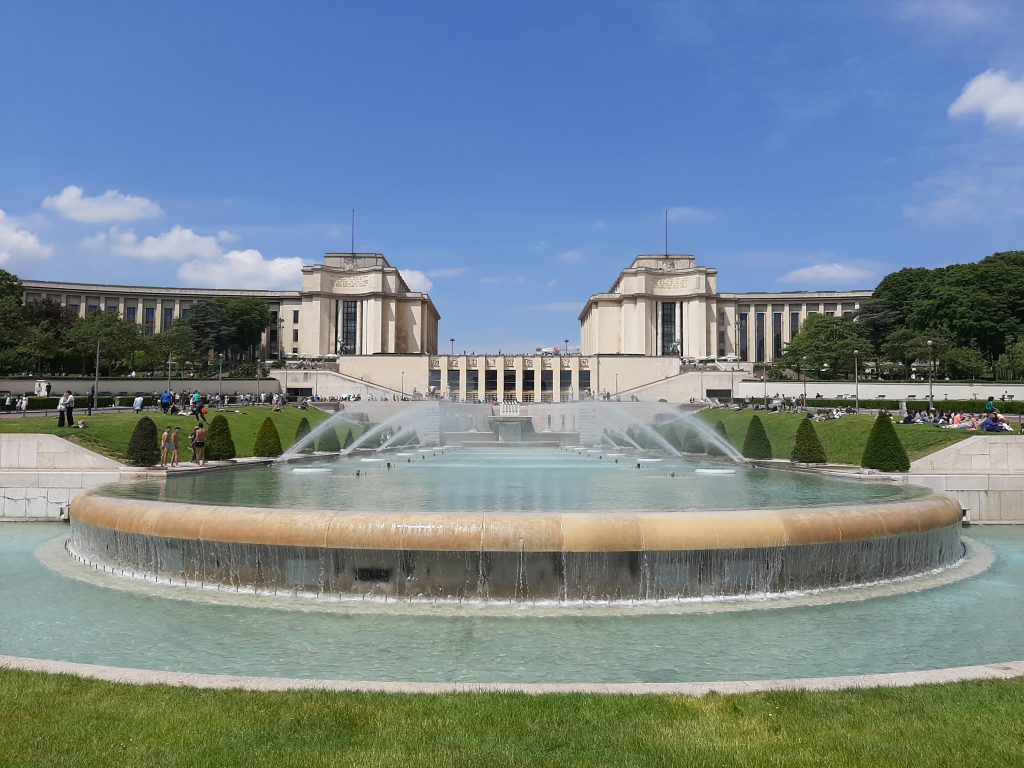 Shooting in tricky high-contrast conditions, the A50 offers wide dynamic range, with effective HDR rendering ensuring well-preserved detail in both the highlight and shadow regions in our “under the bridge” test scene. In fact, the shadow recovery in some of the A50’s HDR shots offered a slight improvement over the more expensive competition. Although a little chromatic noise, as well as ringing and aliasing edge artifacts are visible at close inspection, the A50 does a good job on HDR shots overall. 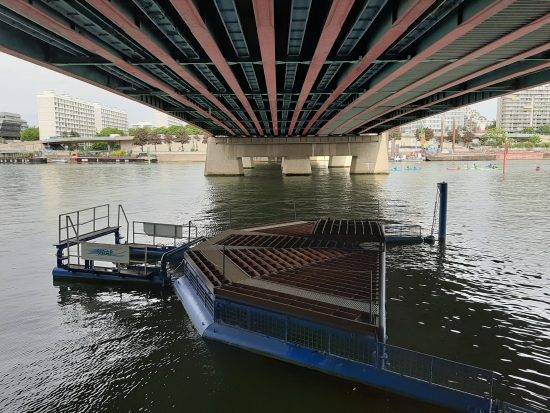 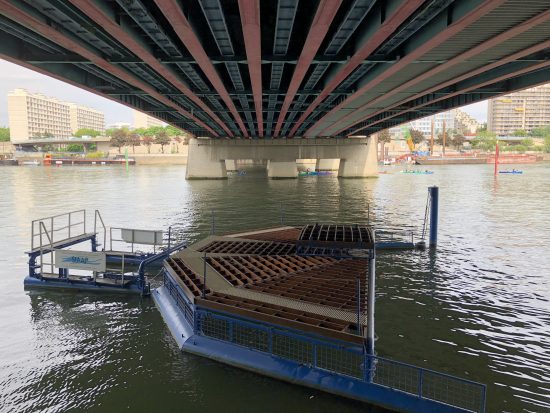 Portrait mode is another positive aspect for the A50, thanks to the dedicated depth-sensing sensor’s reasonably accurate depth estimation and subject masking when applying background blur to portraits. It’s not perfect, with some edge artifacts and abrupt transitions in the blur gradient visible when examining images at large scale. These are less obvious when viewing images on the device’s display, however, and the A50 did a better job of isolating complex details such as the glasses in our test portrait compared to the Samsung Galaxy A9 or LG G8. The A50 applies a nice circular shape to background spotlights, too, and although bokeh shots can lack a little contrast, with slightly washed-out color, the overall effect remains generally pleasant.

The main areas for improvement are low levels of detail preservation in all conditions and particularly with zoom shots, as well as disappointing results in cloudy outdoor scenes and lower light conditions generally. We observed several failures in overcast outdoor conditions, including a fairly strong greenish color cast and a heavier build-up of luminance noise in flat areas, with lower levels of detail in intricate areas than we’d expect to see in outdoor images. In fact, detail preservation is one of the A50’s main weaknesses, with fine localized detail rarely rendered well in any lighting conditions. 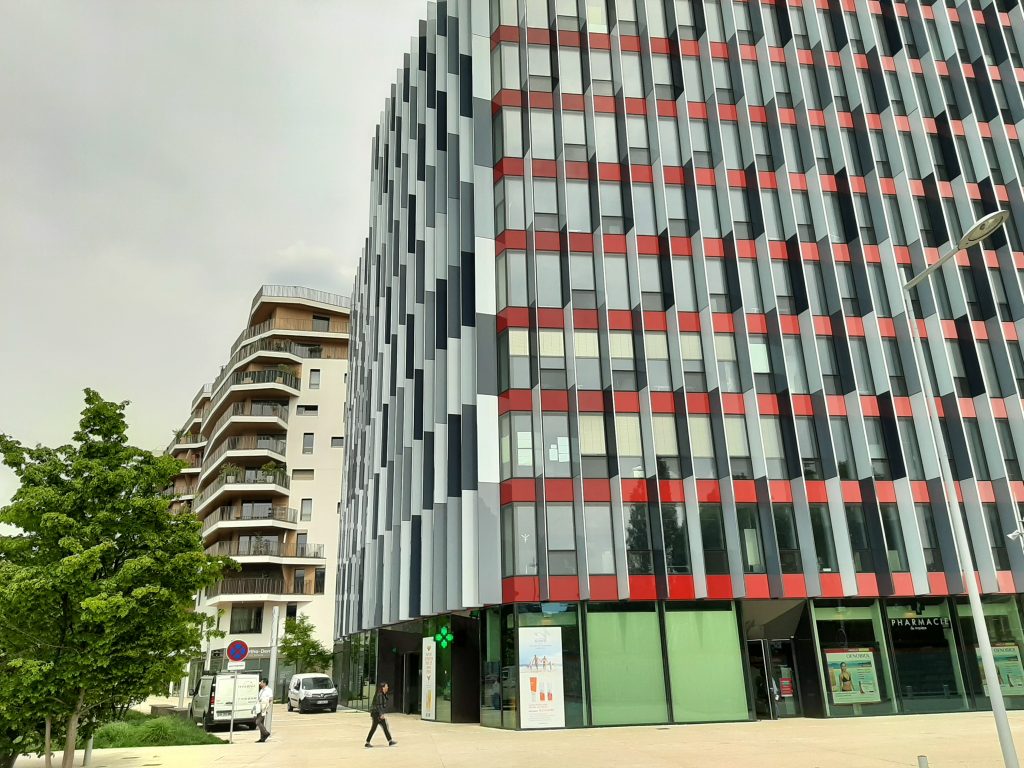 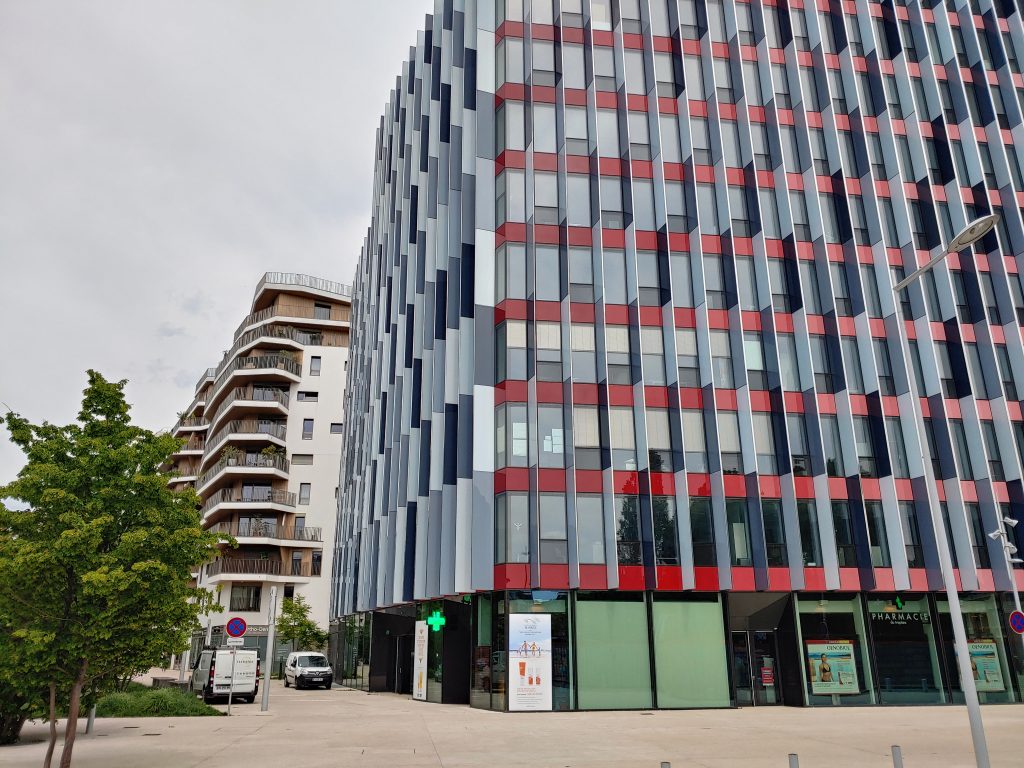 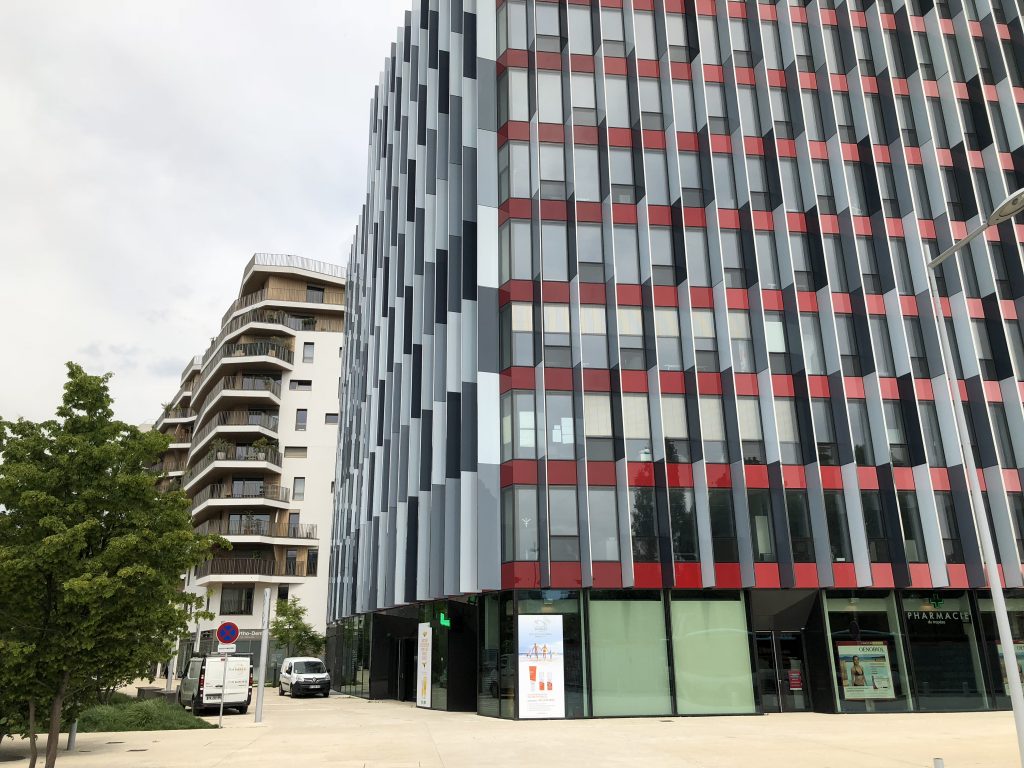 Opting for an ultra-wide-angle second camera on the A50 may prove popular with those photographers looking to squeeze more into the frame, but it also means there’s no tele-lens for improved zoom shots. Consequently, while the A50 offers a digital zoom solution up to a maximum 4x magnification, the results are some ways off the pace of what you can expect from the good performers. Even at close range (approximately 2x magnification), a significant loss of detail is visible, with unnatural rendering often evident in intricate areas. At medium range (approximately 4x magnification), other issues such as ringing and denoising artifacts, a heavy build-up of noise, and poor color rendering further reduce the quality of the A50’s zoom shots.

Flash performance is a strength for the A50, and although target exposures are a little high for both flash-only and mixed lighting shots, they remain acceptable and ensure nice bright results. Corner shading is reasonably well-controlled, too, but there is a strong difference in the level of noise between the center and corners of the frame in flash shots in which the edges have been brightened by image processing. Some luminance noise is also visible on faces in the center of the frame, but it is handled better there than in the corners. White balance is fairly neutral in flash shots, too, and although some slight desaturation is evident in flash-only shots, overall color rendering remains acceptable. 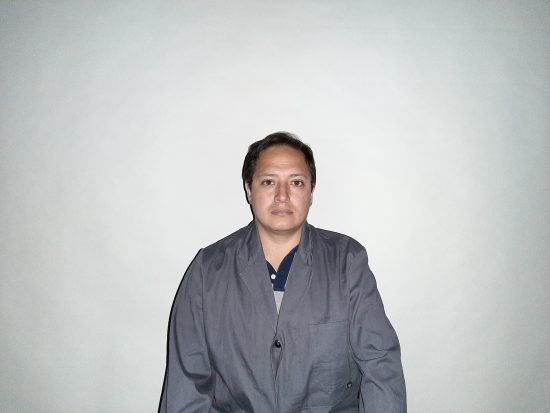 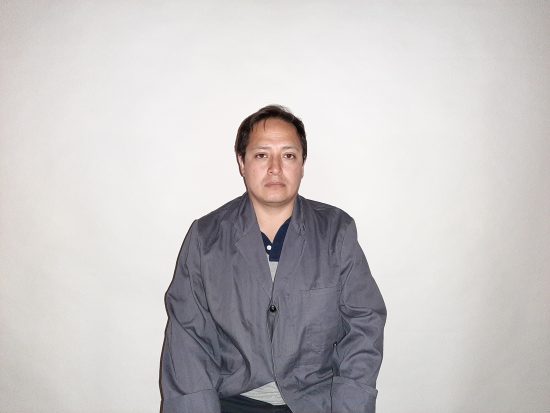 Our testers also found some image artifacts. The most problematic is ghosting, where subjects with even moderate movement often appear with a double image. We also found some ringing, flare, noisy edges, and geometric shifts where lines and patterns don’t quite line up in some of our sample images. 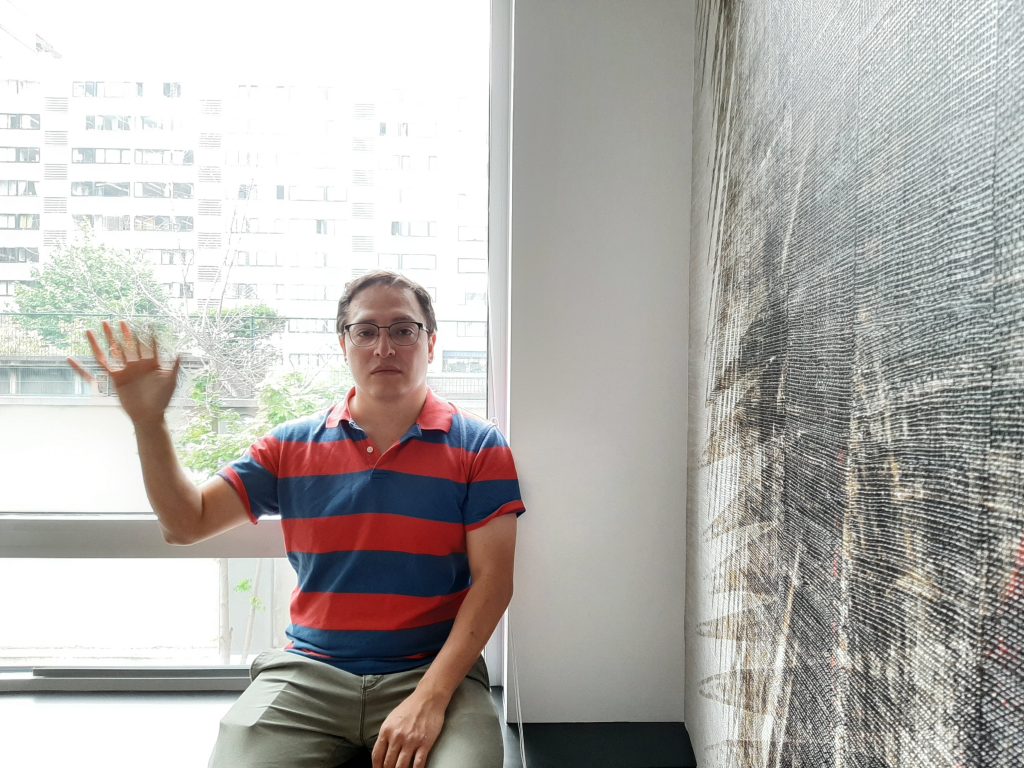 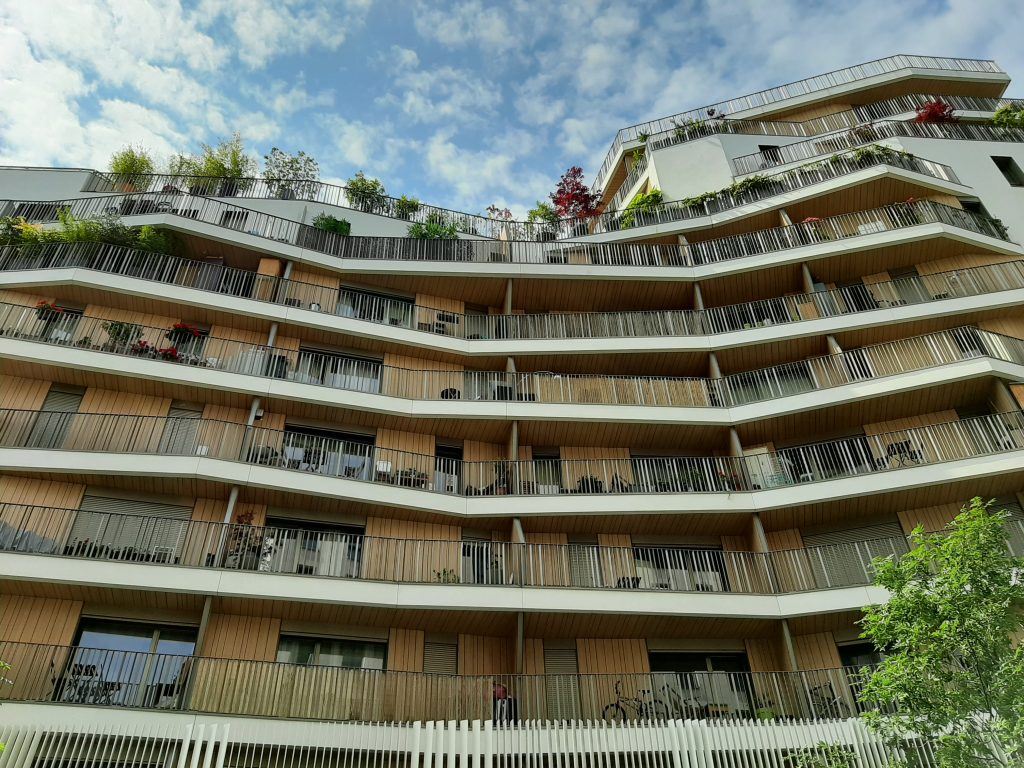 Tested under controlled conditions in the lab, the A50’s PDAF autofocus system performed well, consistently delivering in-focus images. It’s not the fastest we’ve tested, but its response times of around 100ms in our outdoor (1000 lux) shots and indoor (300 lux) shots are well within acceptable limits. It was slower in low light (20 lux), often taking around 500ms (0.5 second) for the focus to lock on, which will make it a little more challenging to quickly grab a well-focused shot when the light is poor.

The A50 achieves a Video score of 79 points. Its main strengths for movies are pleasant color with generally accurate white balance, and well-controlled noise in both outdoor and indoor lighting conditions—although both color and noise control deteriorate noticeably in very low light. Noise is particularly well-controlled in flat areas of uniform color, where a visible build-up of luminance noise is often distracting in smartphone videos. On the A50, a coarse noise becomes visible only in low-light videos.

Target exposures are generally accurate and pleasant in the A50’s videos, too, so again, it’s only in low-light conditions between 1 and 20 lux where serious under-exposure becomes obvious. We observed some exposure instabilities in all conditions, however, and dynamic range is very limited, so you’d be best off seeking more balanced lighting conditions when shooting video.

The main areas for improvement with video concern autofocus, detail, and stabilization. Autofocus instabilities are common, with frequent and unnecessary refocusing easily triggered by small changes in the scene, and autofocus tracking is relatively poor in all lighting conditions. The A50’s stabilization system is fairly effective for static handheld videos and with moderate panning movements, but recording while walking results in strong judders and residual high-frequency motion with every step. Detail is also low generally, with visible differences in the sharpness between frames; and obvious artifacts affect the integrity of videos particularly indoors and in low light.

Packing a large 6.4-inch AMOLED display, the Exynos 9610 chipset, and a triple-camera setup, the Samsung Galaxy A50 has plenty for the budget-conscious smartphone enthusiast to get excited about. Under the rigors of our rear-camera testing, however, the A50 can’t match the performance of some of the best mid-range devices and certainly not the image quality of the latest flagship offerings. It’s best in bright sunny conditions, where exposure, dynamic range, and color are good, and bokeh shots are very acceptable. In cloudy or low-light conditions, though, it’s not quite as effective with stills or video, and we found zoom shots to be a particular weakness.