Rumor has it that Tesla is communicating with the Thai government

According to foreign media reports, Tesla is currently communicating with the Thai government to obtain more information about the country’s investment promotion policies and industry profiles.

The Investment Commission of Thailand is expected to formulate recommendations for the renewal of the second round of electric vehicle investment plans in early November 2020. The plan will provide enterprises with an 8-year tax deduction for the promotion of electric vehicles.

The director of the Office of Industrial Economics in Thailand stated that government officials in the country are currently preparing to hold a conference call with Tesla. The company has contacted them before, hoping to obtain more information about the country’s investment promotion policies and industry profiles.

At present, the Thai Investment Promotion Commission has approved 24 car manufacturers’ projects, which will produce various types of electric vehicles in the country.

The financial report shows that Tesla delivered nearly 140,000 vehicles in the third quarter and has achieved profitability for five consecutive quarters. At the same time, it is reported that in the fourth quarter of this year, Tesla will mass-produce Model 3 in China and deliver it to overseas markets such as Europe, Singapore, and Australia as early as the end of this year or early next year. Tesla’s Berlin plant will also start production of Model 3 and Model Y in 2021, helping to expand the European market.

Editor-in-chief’s comment: Tesla is vigorously advancing its internationalization strategy and trying to establish good relations with many countries. Global expansion is the only way for car companies to develop to a certain stage. On the one hand, going overseas will help establish an international image, increase brand influence and consumer recognition at home and abroad; on the other hand, foreign markets are expected to become the second growth curve outside the domestic market, further increasing production capacity and delivery volume , After all, sales volume is an important yardstick to measure whether a new car company can truly “run out”… 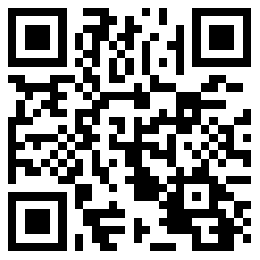 How to set CPU and RAM on MEmu emulator

Post Views: 47 Join us to find out 5 surprising health benefits of ginger and ginger tea formula with honey in the article below! What happens to your body when you eat 2 eggs a day? What will happen to the body if you do not eat meat? Ginger There are many medical benefits and […]