On January 27th, Nvidia’s new generation of mobile platform RTX 30 series graphics notebooks landed on Pinduoduo’s tens of billions subsidy channel, bringing a variety of new flagship products to gamers before the Spring Festival. According to the special page for the first launch of RTX30 notebooks with tens of billions of subsidies, in this “RTX series of new notebooks” event, RTX3070 and RTX3060 gaming notebooks from multiple brands such as Mechanical Revolution and Shenzhou have been welcomed by consumers and passed official subsidies. The way to make these flagship new products reflect a higher cost performance. 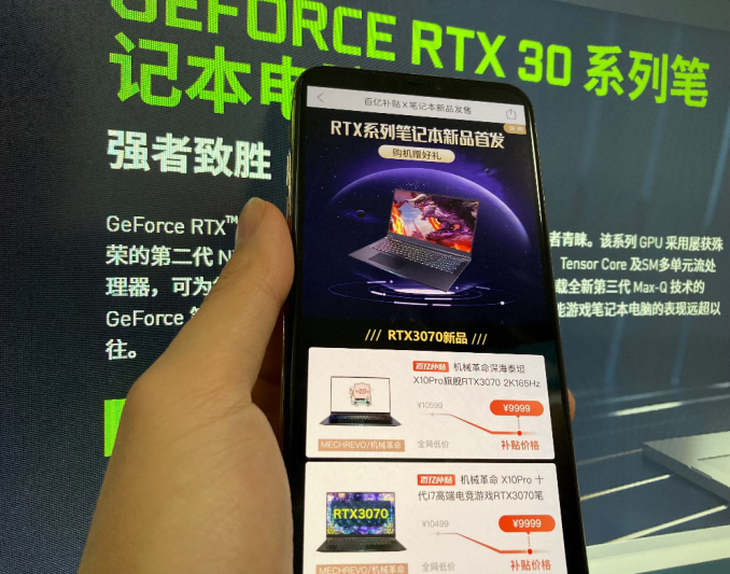 ▲Pingduoduo’s new RTX series notebooks are launched, and many new RTX30 series are launched on the 10 billion subsidy channel

Consumers can enter the RTX30 notebook first special page through the “Ten Billion Subsidy” channel of the Pinduoduo APP to purchase, or they can search for “3070/3060 notebooks” or product models directly to find the products they need through the platform. RTX30 series graphics cards are NVIDIA’s new star products, and the global market is tight, so friends who want to buy the latest flagship notebooks need to hurry up and buy them. 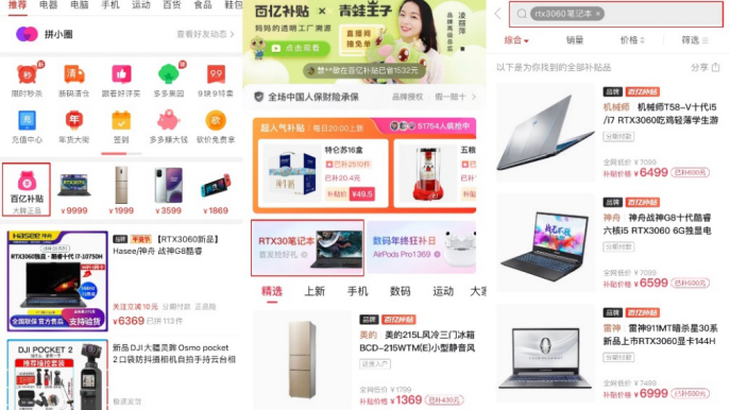 ▲Enter the special page through the “10 billion subsidies” channel on the homepage of Pinduoduo APP, or find the corresponding product through search 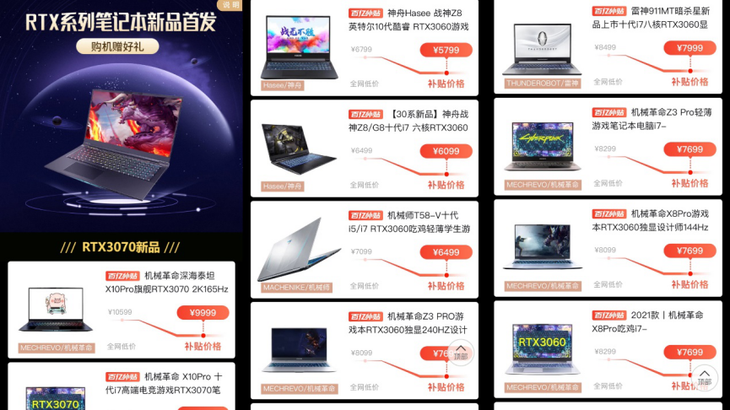 In terms of service, all RTX30 series notebook products participating in the “Ten Billion Subsidy” campaign enjoy the guarantee of fake one pay 10 genuine products, and most products provide after-sales service such as SF Express shipping, return package shipping, and seven-day unreasonable return.

In November last year, the 2020 MacBook Air and MacBook Pro equipped with Apple’s M1 self-developed chip were officially released. A large number of netizens followed up to discuss the “multiple prices” of the new products and asked Pinduoduo to “arrange 10 billion subsidies.” After the launch of the new products, both new products have landed on the 10 billion subsidy channel and have been online for a long time. At present, the official subsidy for 2020 MacBook Air equipped with M1 chip is 700 yuan, and the official subsidy for 2020 MacBook Pro is 1,500 yuan, bringing the lowest price on the whole network for the majority of Apple computer users before the holiday.

“Every year before the Spring Festival is the peak season for gaming computer demand. Under the call of this year’s New Year in situ, many consumers have begun to pay attention to entertainment products, hoping to relax through games in their leisure time during the holiday. This new RTX30 series notebook product For the first launch, we have brought a variety of cost-effective products through the tens of billions of subsidies. In 2021, more new PC products will meet consumers for the first time.” said the person in charge of Pinduoduo’s computer business.