Risks of television and tablets in childhood

A study by researchers at the University of Montreal, Canada, found that each daily hour spent on television by children up to two years old increases by more than 10% the risk of victimization at school at age 12. The work, carried out with about 2 thousand two-year-old children, confirms that the habits of watching television adopted at that age are susceptible to deprive the child of the experience of socialization. 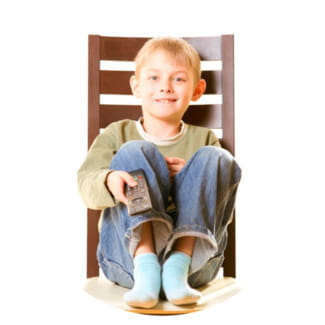 Consequences of children’s television use

During this study, victimization experiences were evaluated by the children themselves in the sixth grade classroom. The children’s behavior and cognitive skills were also taken into account, as well as the school’s socio-educational level.

Risks of using television by children

The results show that each 53 minutes watching television children up to 2 and a half years are associated with a risk increased by 11% to be bullied by colleagues in the 7th grade.

The hours spent in front of the screens replace family interactions, essential for establishing emotional intelligence and good socialization.

In addition, spending too much time in front of the screen development of brain functions responsible for solving interpersonal problems, regulating emotions, social competence and positive social contacts.

Do not exceed one to two hours a day

The American Academy of Pediatrics (AAP) recommends that children older than two years don’t spend more than an hour or two a day watching television or tablet screens. Many experts believe that it is not advisable to leave children under the age of three in front of the screen, only exceptionally. It is also strongly discouraged to place a TV in the child’s room. The use of tablets should also be avoided before the age of three years old.

Half the hours of the day should be dedicated to child’s needs: eat, sleep, play and hygiene.