After a first opus released in 2019, Ground Shatter studio announces release window for RICO London as well as the list of available platforms. If you had the opportunity to play RICO, this sequel should allow you to find the buddy movie atmosphere of the 90s, all in cel-shading.

Halfway between Max Payne and titles like Borderlands or Void Bastards, RICO London takes us back to the night of the transition to the 21st century. Inspector Redfern has followed the trail of arms trafficking in a building in the British capital and decides to return alone to enforce the law there, without the permission of her superiors, of course. 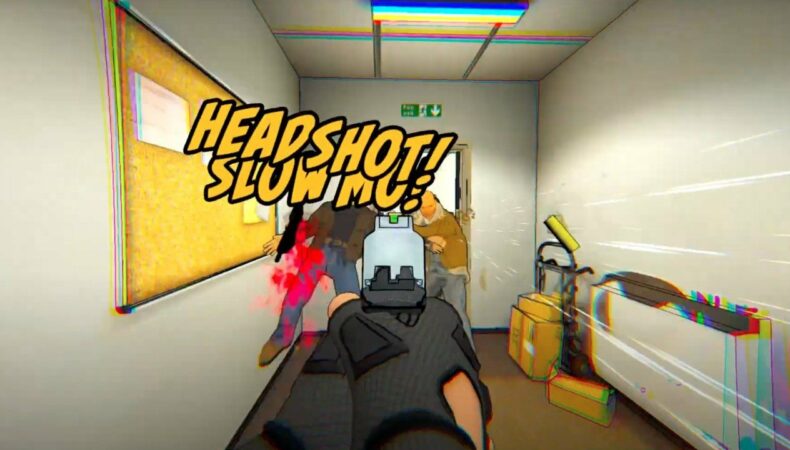 Just like the first opus, RICO London is a cel-shading FPS in which the nervous gunfights will be punctuated by passages in slow motion and onomatopoeias used to describe the actions carried out on the enemies that you have managed to kill. So, if you enjoyed the visual side of Void Bastards and if you are a fan of 90s buddy movies like L’Arme Fatale, RICO London is made for you.

The different levels of the game will be represented by the floors you climb and it will be possible to collect new weapons in order to defeat the toughest enemies. Many capacities will also be made available to you in order to facilitate your muscular search in the London building.

And who says buddy movie necessarily means cooperation, and that’s good, since RICO London will allow us to enjoy all the action it offers in online multiplayer, but also locally. Despite the ubiquity of online cooperation, the local has not yet said its last word and will continue to brighten up our evenings with friends.

For the time being, RICO London is scheduled for release in June 2021 on PS5, Xbox Series X | S, PS4, Xbox One, Switch and PC. We let you discover this new trailer that smells of the 90s and the best Hollywood action films of the time.