Review Yamaha Exciter 155 VVA, not perfect, but many points of praise

But at the end of 2020, the motorbike and car market will be quiet, but the launch of the Yamaha Exciter 155 VVA is really a blockbuster, with mixed opinions and different compliments.

After many clicks, bait the media with images that reveal a clear but unknown design, the launch of this hand-held car did not interest me much, because I also own a 150 life car. At first and later, new releases with a stamp change, a price tag, or a little tweaking were not very exciting. Until you see it with your own eyes and touch your hand, it feels different at least more firmly in the outline, less cumbersome design.

The Yamaha Exciter 155 VVA is friendlier in many ways

I do not know how many others feel, for the writer himself, the 4-digit Exciter 2006 version, the 135cc GP 2011 and the red and black RC 150 is the most irresistible attraction. The later generations may only differ in the change of stamps, giving other competitors such as Honda Winner, Suzuki Raider, and Satria a chance to bounce back in terms of sales. The car furnaces gradually turned to the toy business for more of these lines.

Honestly, after the second line, like Suzuki Sport or Yamaha Z125, there is a hand-held line that creates a fever or a trend like the Exciter. After many years of changes, the 155 VVA version has escaped the path from 150, instead of the rough lines, the headlights are quite weird like the 2018-2019 version, the new life is designed more compact with the side cos lamp. upper, lower headlights combined with fog lights. 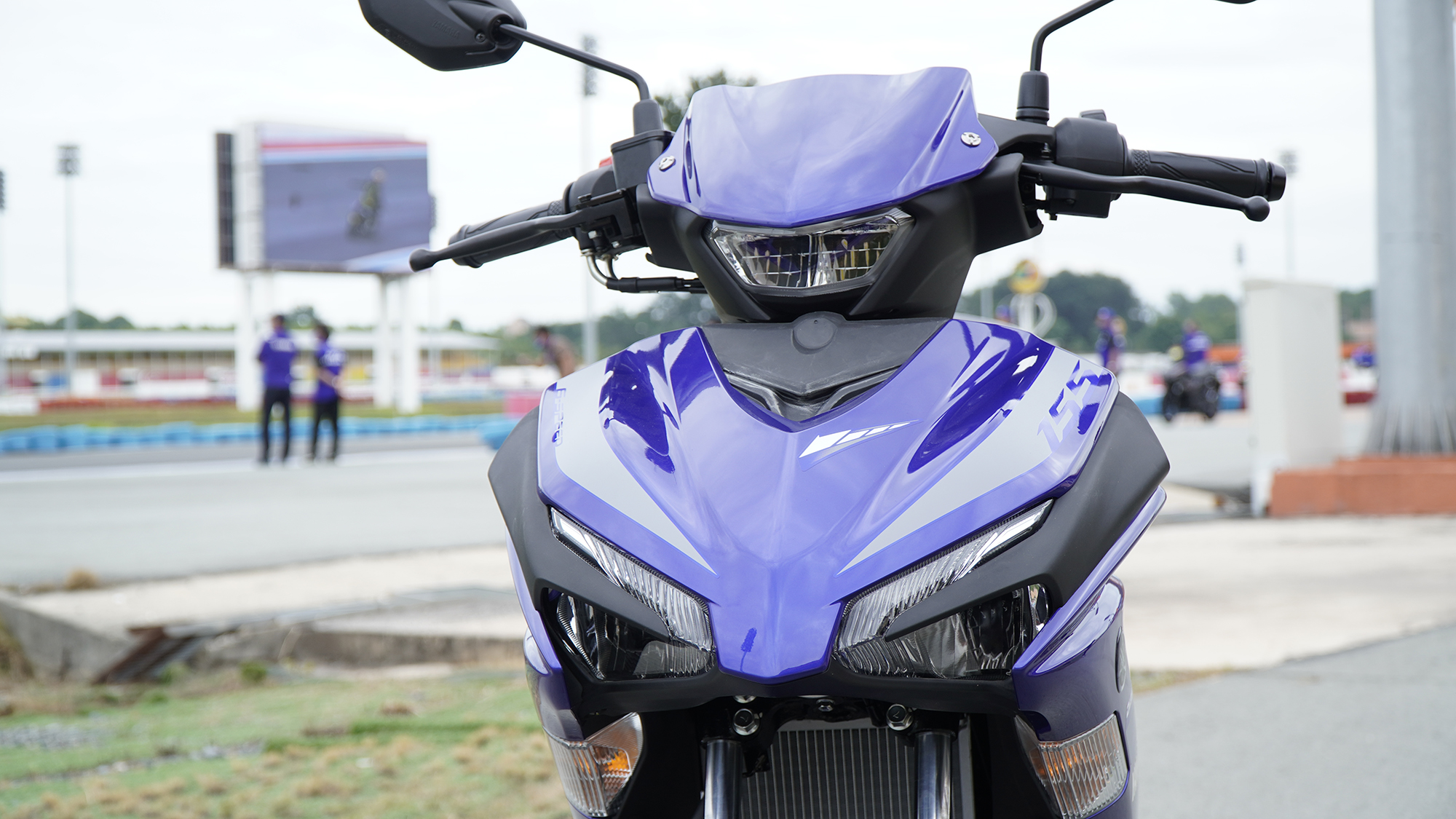 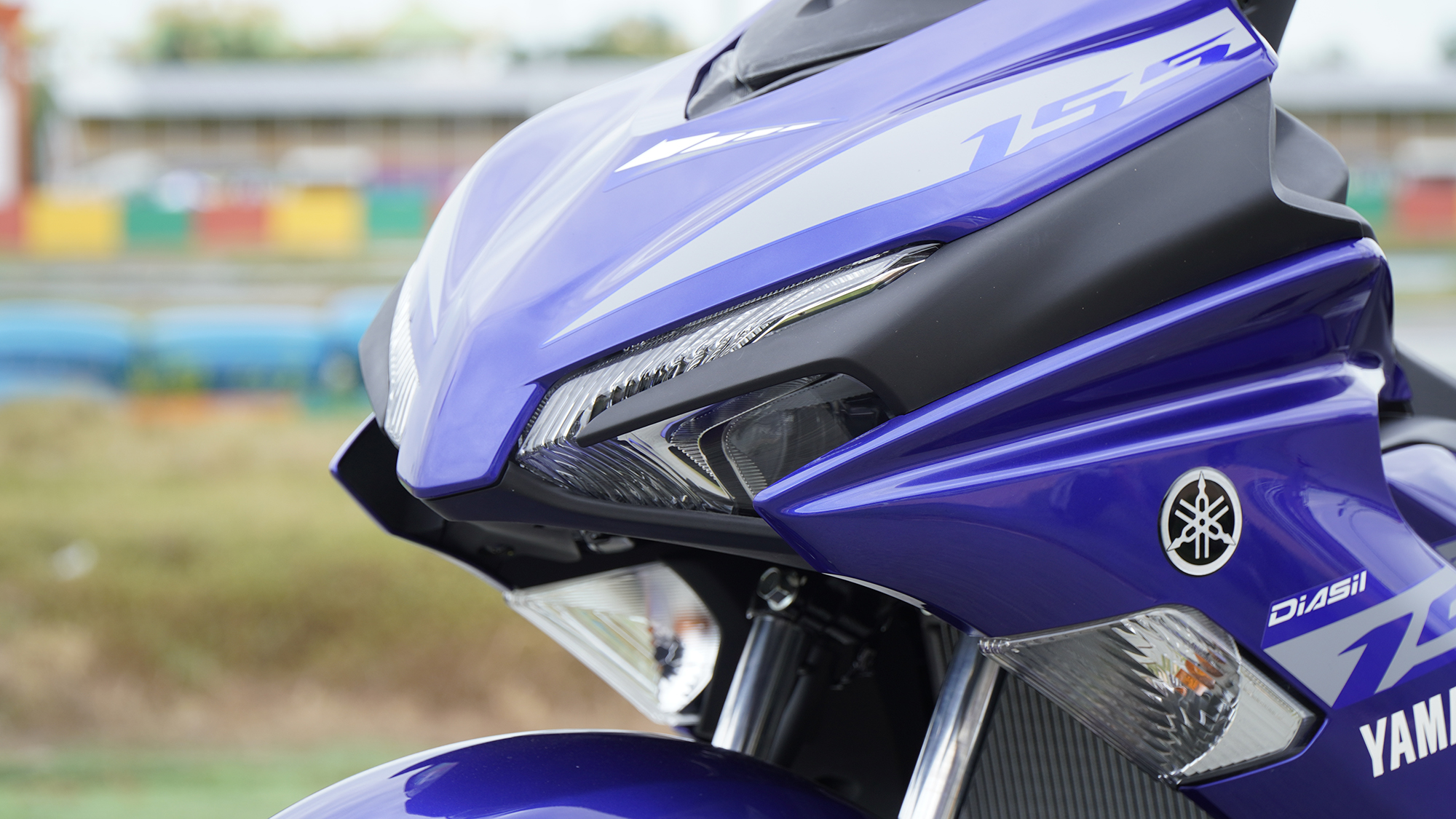 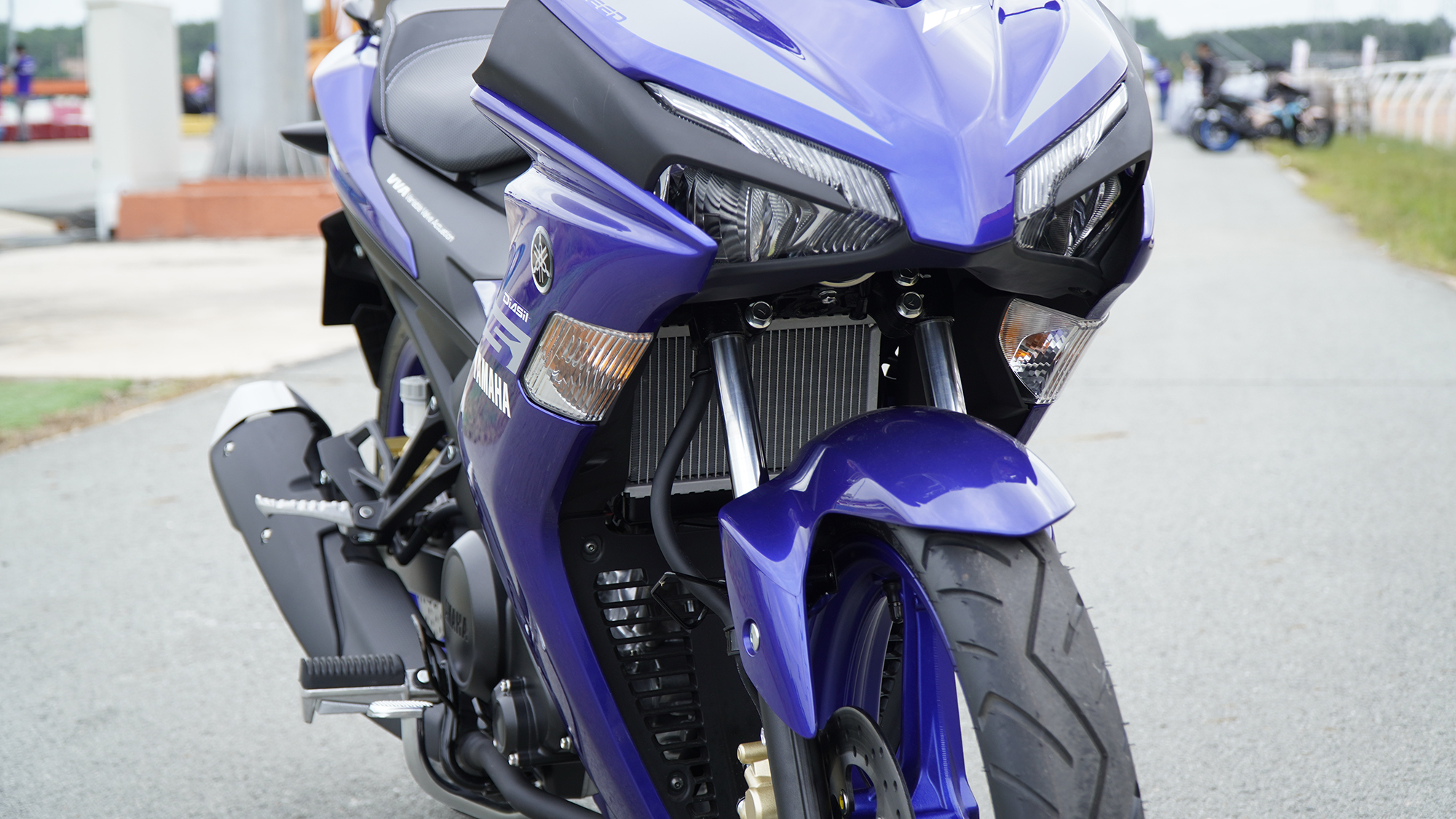 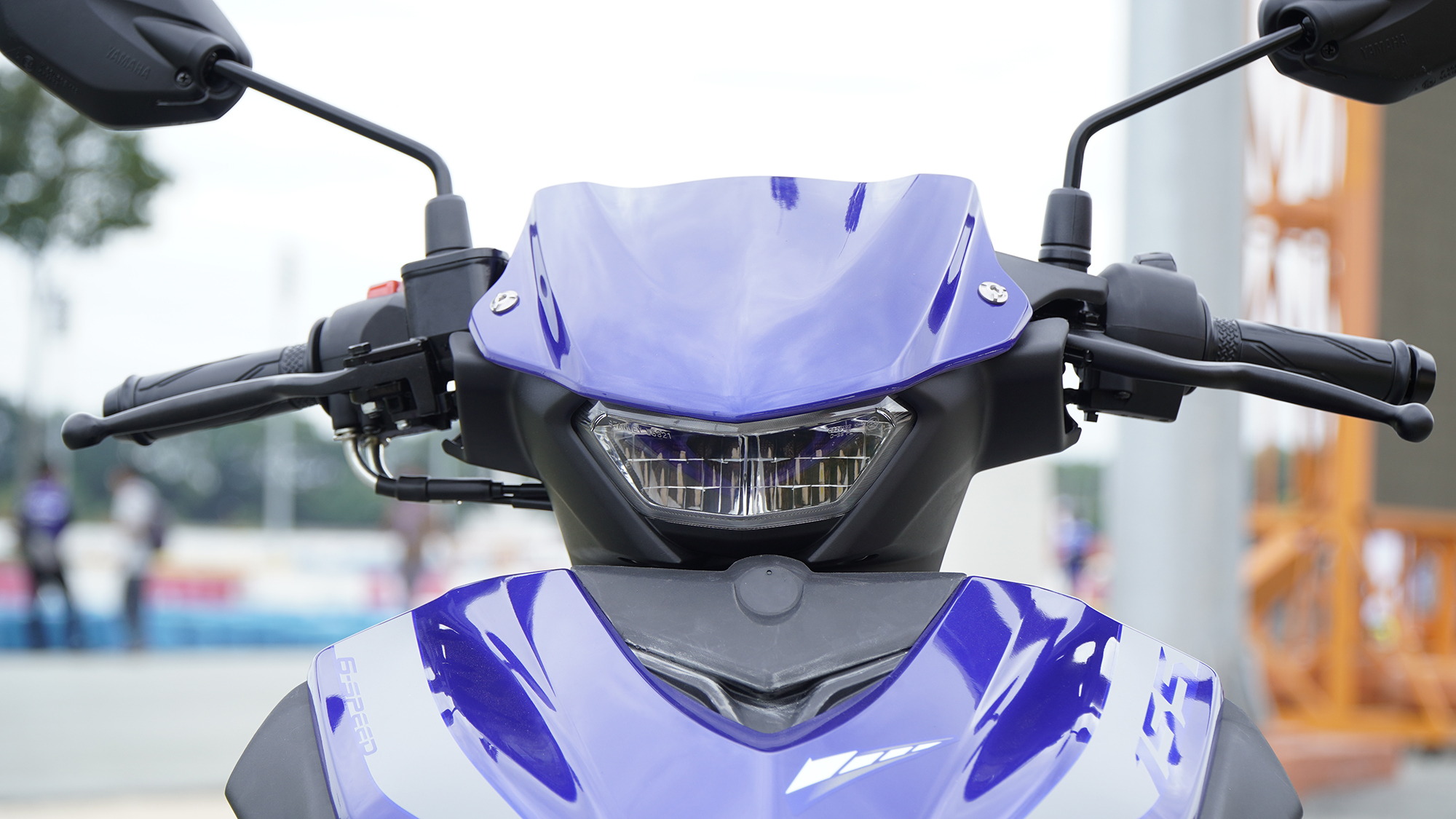 Remember the previous generation, the Exciter 150 is still a popular car, on the 2021, it has been redesigned, the feeling of looking at the car is quite long ahead, the panels, the cover plate. is made out of a smoother monolithic shape, especially the front mask is relatively similar to the 2011 EX 135. The saddle is made in a solo style for better sitting posture, more grip and easy to lower. wind ”when running at high speed. 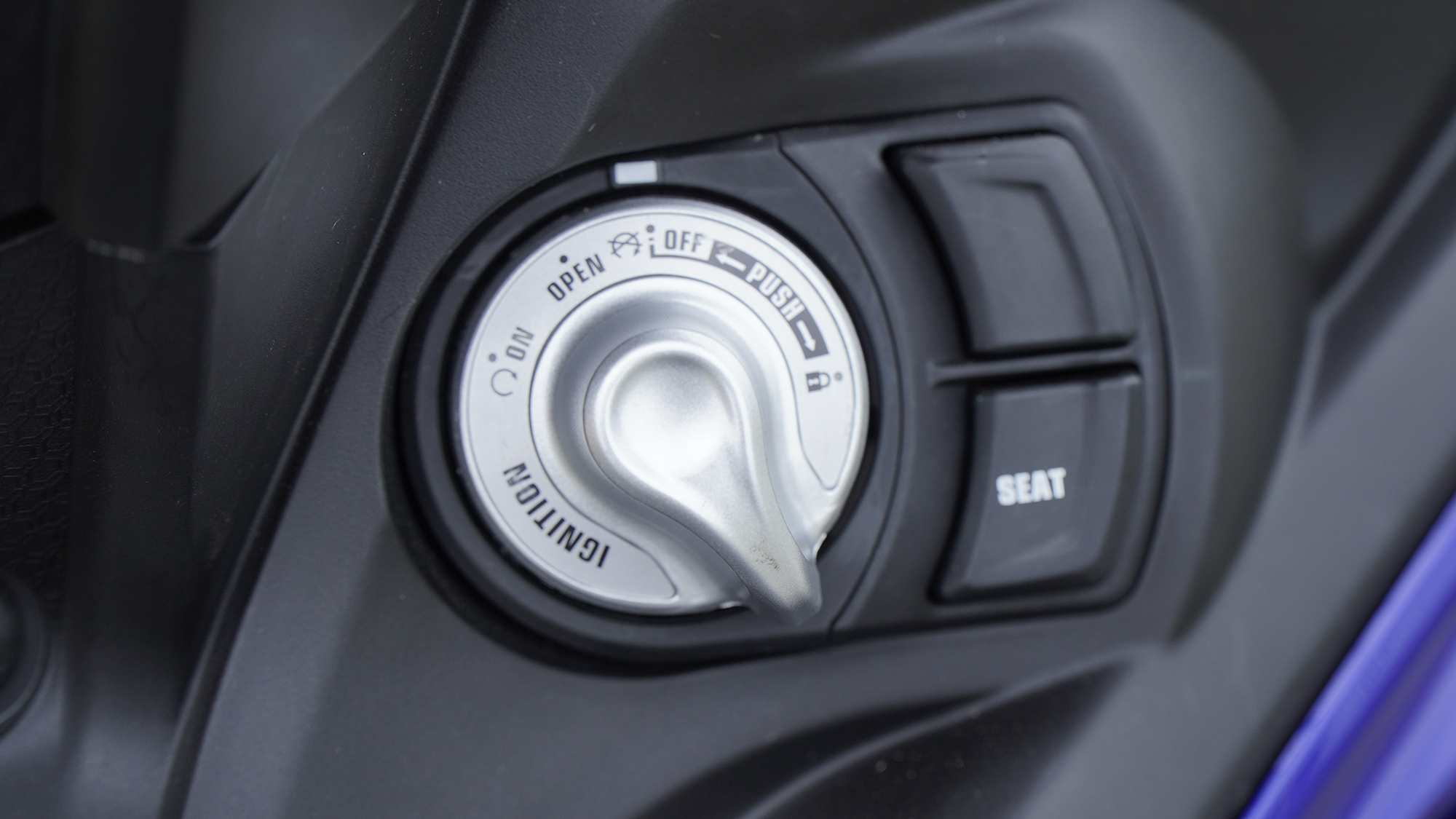 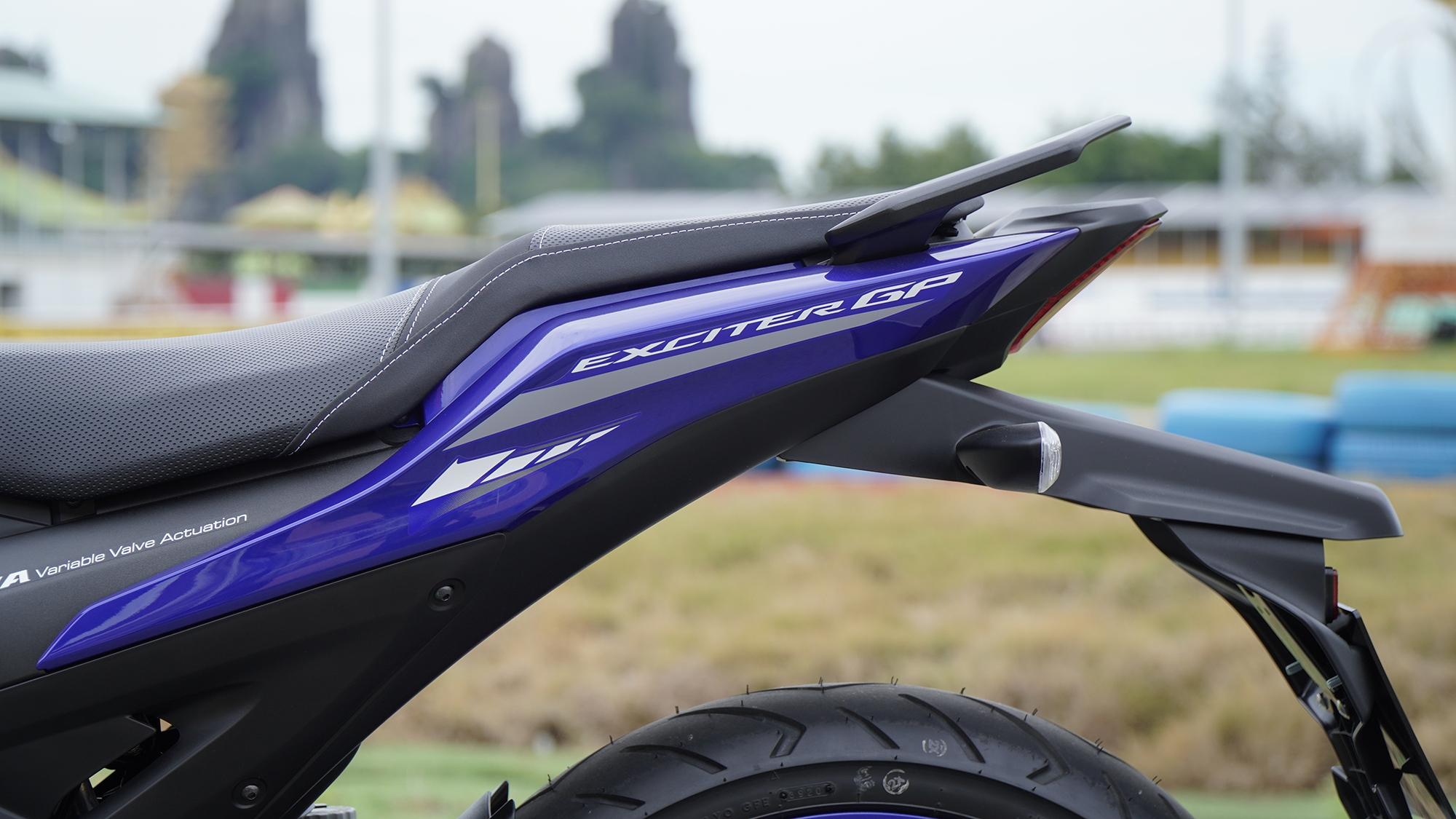 From 2015 to the present, the 150 version has a 2-storey rear fender that can be said to be out of tune with the overall vehicle, the model is not sure, the 155 VVA is improved, in fact, when impacted, the body After being sure, there is no feeling of loose, even the plastic shirt to try to feel better than the old one. The rest of the details such as dials, locks, wheels, … have not changed too much.

Certainly the trunk still does not have space to store graphics, luckily, the raincoat is fitted, and the fuel tank is raised to 5.2L to help it go a few dozen kilometers. Some new features such as the 12V charging port, passing switch, the temporary engine on / off button, the improved forks and the modified car-driven gear gears to rubber seals for a quiet feeling and longer lifespan. compared with previous life.

Test drive Yamaha Exciter 155 on the track, many plus points

Actually, in events, media test driving events, Kol, Influencers will usually update information immediately. But for me, I used to own the first generation EX 150, so I had to take care carefully, because I intend to change cars anyway. 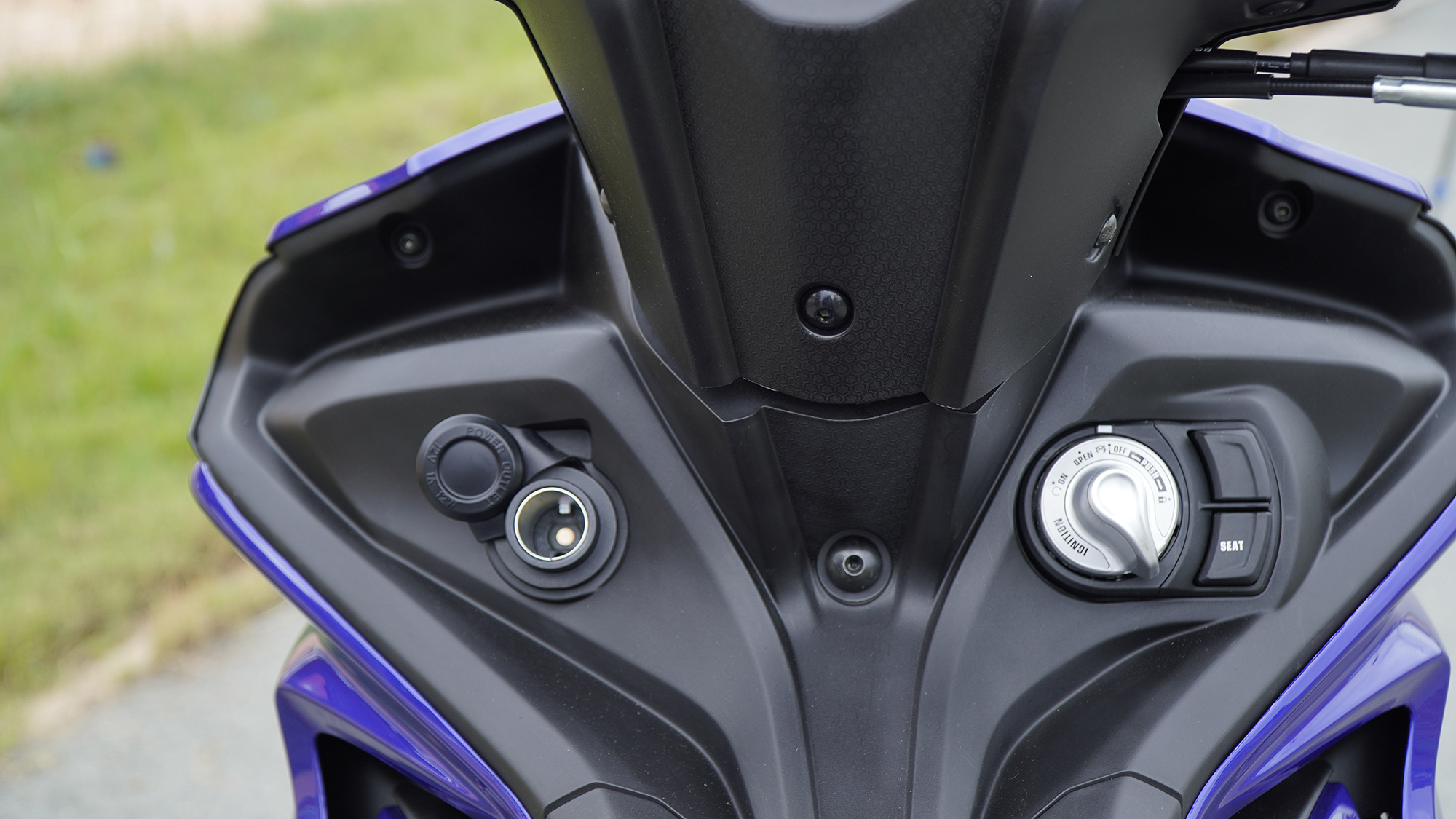 Basically, the Yamaha Exciter 155 is still a SOHC engine, so it has a better advantage in the early throttle countries, but will show signs of drowning when going to the rear. Equipping VVA will then overcome this problem. In fact, on the racetrack where it is easy to test the car, the 155’s head water is somewhat better thanks to the increase in engine volume, and after a range of about 7,000 rpm or more, the VVA is activated to make the vehicle more even force keeping the acceleration. like at-pa. As for the old life, after this cycle, the car will have the phenomenon of holding back by the limitation of SOHC single cam. And with new drivers can still easily reach nearly 110km / h at the longest stretch of Dai Nam racetrack, not to mention the gearbox is raised to 6 gears to help the car run smoother, avoiding the trauma at the last tour. 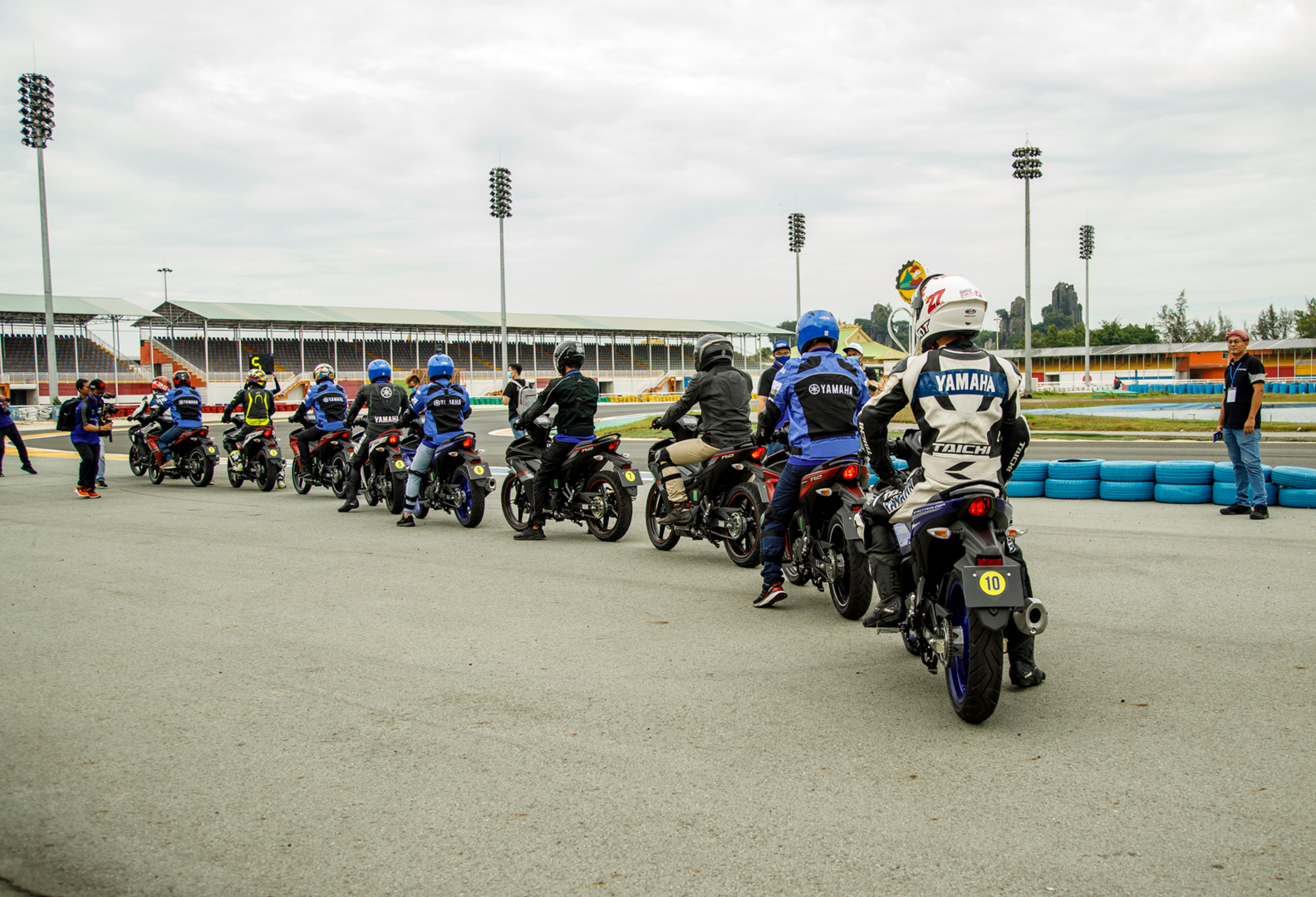 The next upgrade is the suspension system, as before, from the 2004 automatic transmission to the 2019 5-speed manual clutch, the fork system was still criticized for not being really good, causing fear when running at high speeds. Yes, even in 2019, when running at high speed, the driver still feels that the car has the feeling of “floor, shaking” the tail or the front of the car is somewhat fragile, the 155 VVA is different, more sure, and more assured. cornering at a speed of 6-80 km / h. 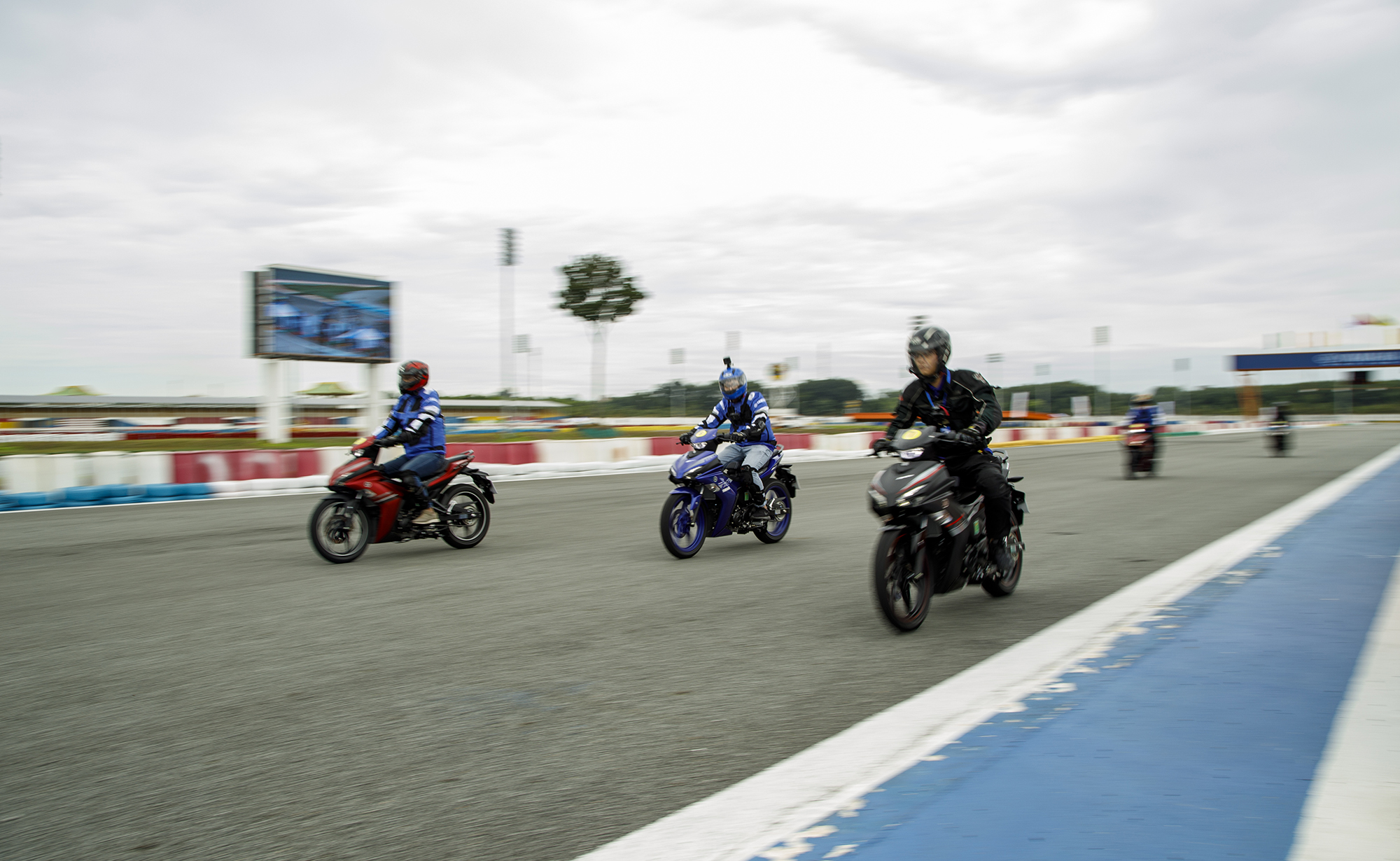 But the most controversial factor is still the car is not equipped with ABS brakes and the manufacturer suggests that the anti-slip clutch will help somewhat replace and limit wheel slip. It sounds reasonable but really ridiculous, because the accumulation is only suitable for those who have experience, and for those who dream, perhaps they should practice more skills. There is a strange point whether due to the VVA or the slip clutch, that kicking the number after 7,500 rpm becomes more difficult. If you look at it, this could be a long step or the viral way of Yamaha, because the absence of ABS will make more people discuss, prolong the debate when compared to the opponent or will be for the facelift version. 2 year lifecycle 2 and a half years upgraded once.

Those are the feelings when comparing between the old version and the new version on the track where there are ideal conditions to run out of gas, while operating in the street, maybe until long-time driving, we can give out the Accurate judgment from suspension, steering wheel, … all things can be encountered by surprise. 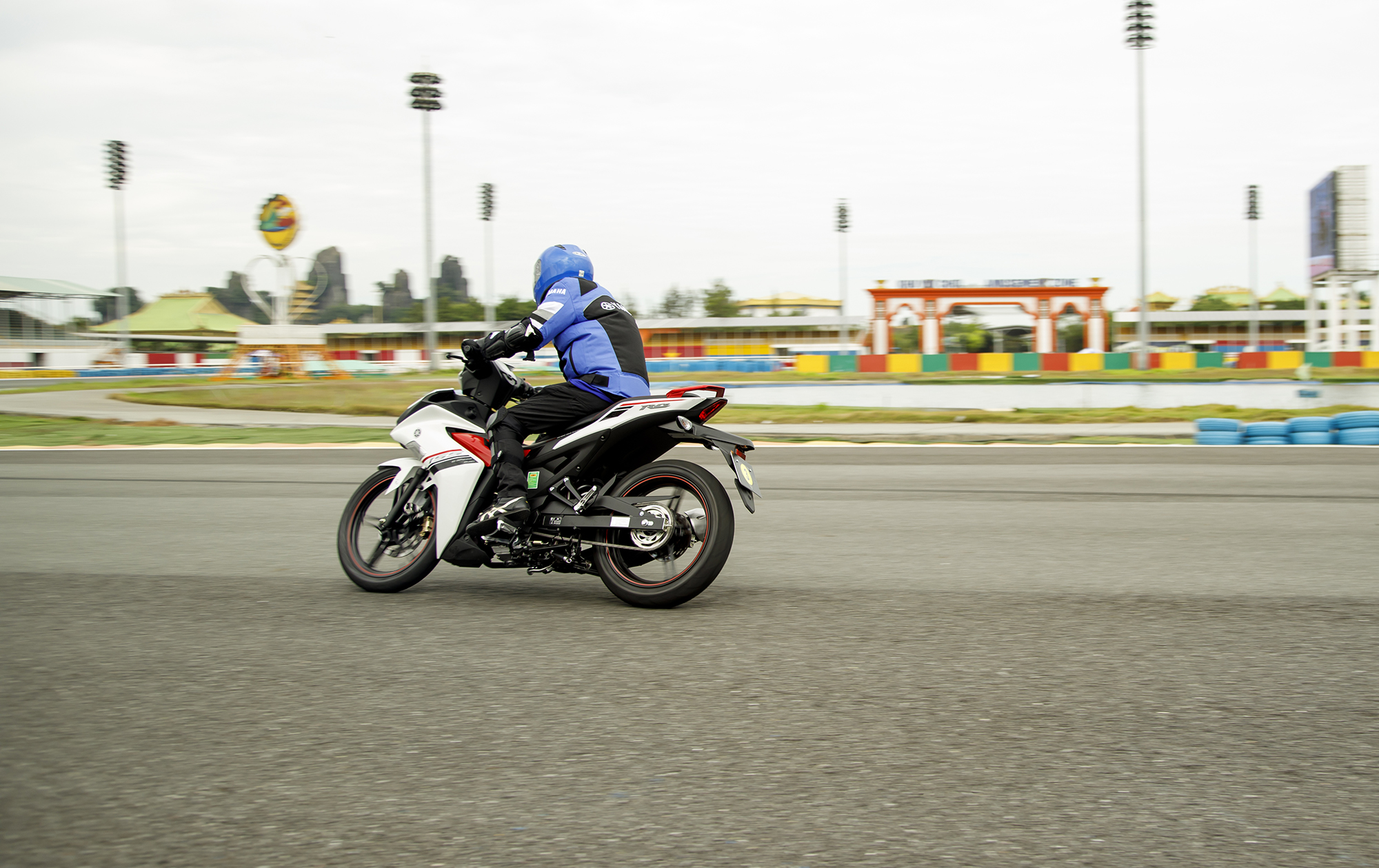 To be fair, the Exciter 155 is better, overcoming the weaknesses when running at high speeds, but if compared to the head-on rival, Honda Winner, it is probably still a little lower because the car’s fall is not yet. Well, the footrest can still scrape the road surface, startling or the lack of ABS will make the driver not dare to harden the gas when cornering. 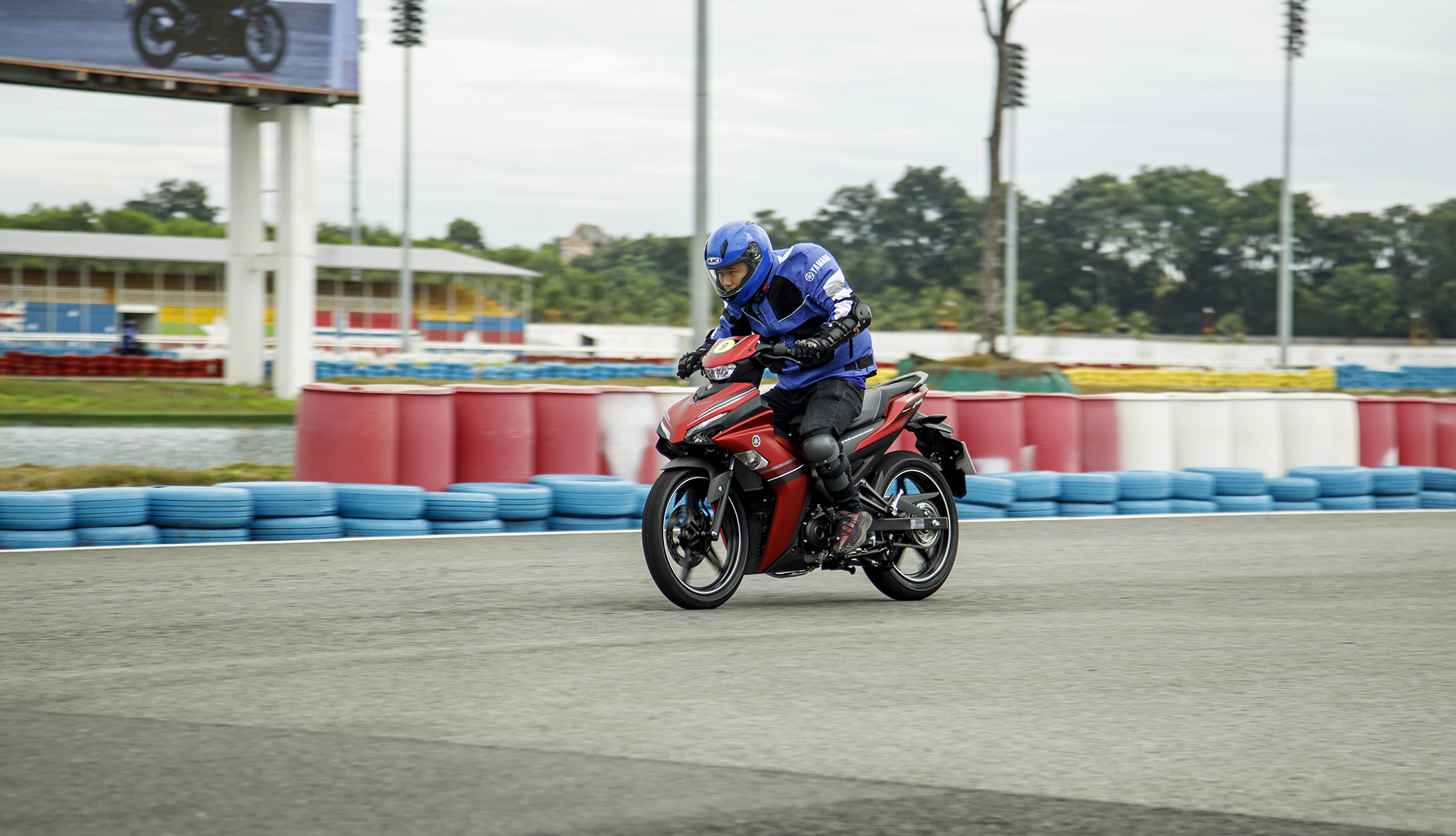 However, over and over again, the Exciter is still a monument in the village of the hand until the present time since the second car series, it is difficult to return to Vietnam. Because of its flexibility in the street, the ability to stir-fry is better even when compared to Suzuki Raider. Therefore, although there are many more delicious cars in the future, in terms of horsepower and design, the Exciter is still trusted by the functional forces in disguise and bad objects such as dog theft, tuor racing because it is easy to repair. There are also buyers with easy treatment or with closed eyes. 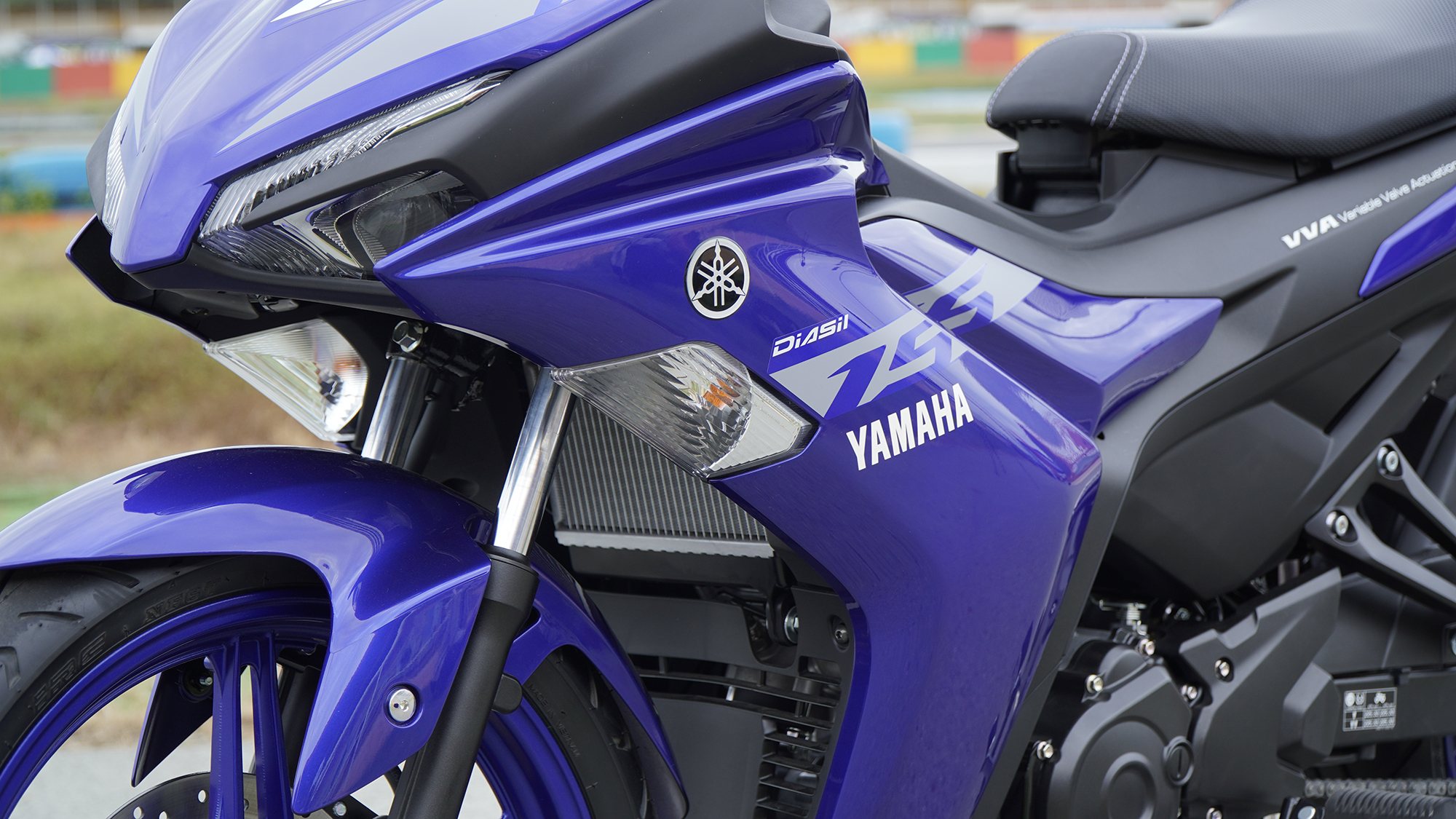 Although the online community has been criticized a lot, but when the Yamaha Exciter 155 opened for sale, there was a difference, even though there was no information in stock. With the price from 47 to 51 million dong, which is not too different from the old one, it makes it harder for Honda Winner, Suzuki Raider, Suzuki Satria to compete for sales. 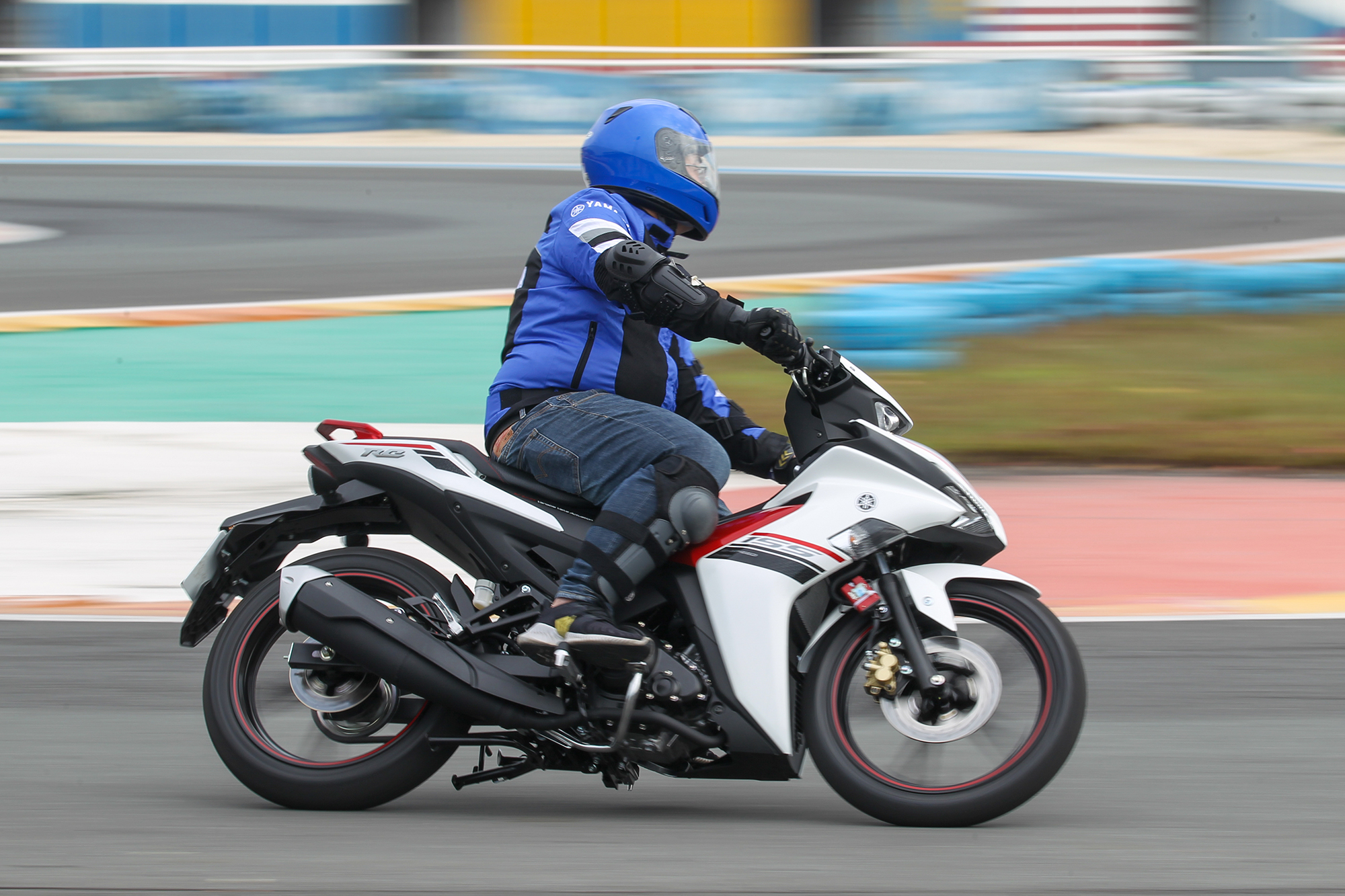 Also quite commendable for Yamaha with the statement “do not sell the Yamaha Exciter 155 this year” but only introduce the day near the end of the year or not equipped with ABS that has stirred the online expert community on the internet to analyze the anti-slip clutch.