Review the old Toyota Fortuner 2013: One of the most enduring 7-seater SUVs


The old Toyota Fortuner 2013 is considered to be quite prominent when Toyota has modified the engine system, helping to give users a better experience.

Toyota Fortuner 2013 also achieved quite impressive achievements in sales. At the time of launch, the car sold about 6,129 vehicles, accounting for more than 64% of the domestic SUV market share and is also one of the “key” drivers of huge sales for Toyota Vietnam. 2013 Fortuner still maintains 3 versions of petrol engine, front-wheel drive petrol and diesel engine similar to the 2012 model. The price of the old Fortuner car in 2013 is now about 600 million depending on the version and the actual quality of the car. . 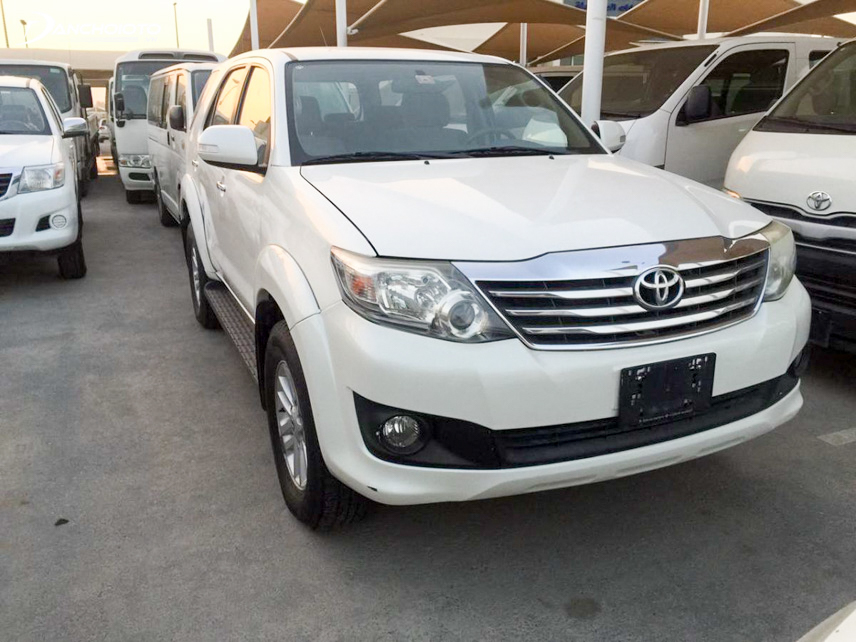 The exterior of the old 2013 Fortuner is considered to be no change compared to the 2012 model car except that there is an additional air cavity in the middle of the capo. The car retains the Halogen headlight system, Halogen taillights, rearview mirror with integrated turn indicator. In general, after only about 5 years of use, the exterior equipment is still quite durable and most have no signs of damage or deterioration.

Despite the durability advantage, the exterior of the old Fortuner 2013 still has drawbacks. First, the company has yet to fix the thin paint error and thin copper frame of this Fortuner, so the car is easily distorted when it collides. Secondly, Fortuner is still rated “pretty” by the front lights that still use Halogen and turn on and off manually. 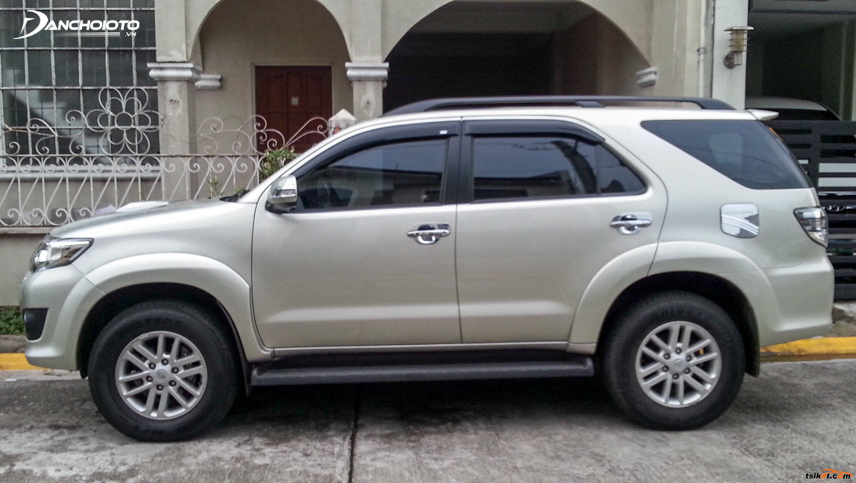 In terms of aesthetics, in general, the old Toyota Fortuner 2013 is considered to have a pretty good design direction. The car feels strong, dynamic and also very durable. If you choose the car that the car owner carefully maintained and restored the exterior paint regularly, the car will be quite new to use.

The interior compartment of the old Fortuner 2013 car has absolutely no changes compared to the 2012 Fortuner, including the dashboard or decorative details. Therefore, the car retains the advantages and disadvantages of the interior like the 2012 car.

In terms of advantages, the interior cabin of Fortuner 2013 has first and second row seats quite spacious to use. The third row is because of low ceiling, so it will be a bit crowded with people over 160cm. The two air conditioners of the car have good and deep cooling capacity, the air conditioner is also less damaged, although many car owners have less maintenance.

Furniture materials although quite “popular”, but extremely good durability. Plastic taplo taplo less scratched and most have no cracking after 5 years of use. The seats are also quite good, the leather upholstery is soft and feels relatively cool, comfortable, not sweaty and also easy to clean. The seat cushions are firm, not collapsed, so users who sit for a long time do not feel tired. 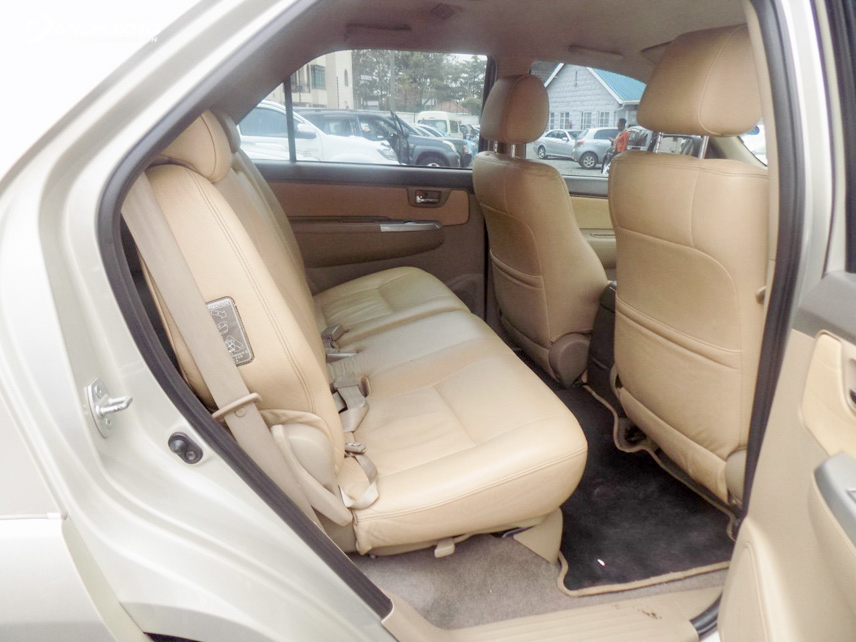 On the downside, the diesel version is only equipped with felt seats, CD player. Although the petrol engine has leather seats, the roof and floor still use felt fabric so it can easily get dirty and difficult to clean. The old Fortuner 2013 also lacks modern technologies and utilities. All the features on the car such as air conditioning, lights, wipers … are still manual. The car lacks Bluetooth connectivity to the phone and does not have features such as navigation, navigation, entertainment screens, etc.

Review the old Toyota Fortuner 2013 in terms of engine / performance

Fortuner 2013 has improved quite a lot on the engine of the diesel engine. Although still using 2.5L engine capacity, the capacity of the machine has increased from 100.5 to 142 horsepower, torque from 260 to 343Nm. This change of engine helps the engine of the vehicle to accelerate better and reduce inertia when climbing because of low engine power. Both versions of the 2.7L petrol engine keep the same capacity of 140 horsepower, but the company has also slightly improved to allocate traction better. 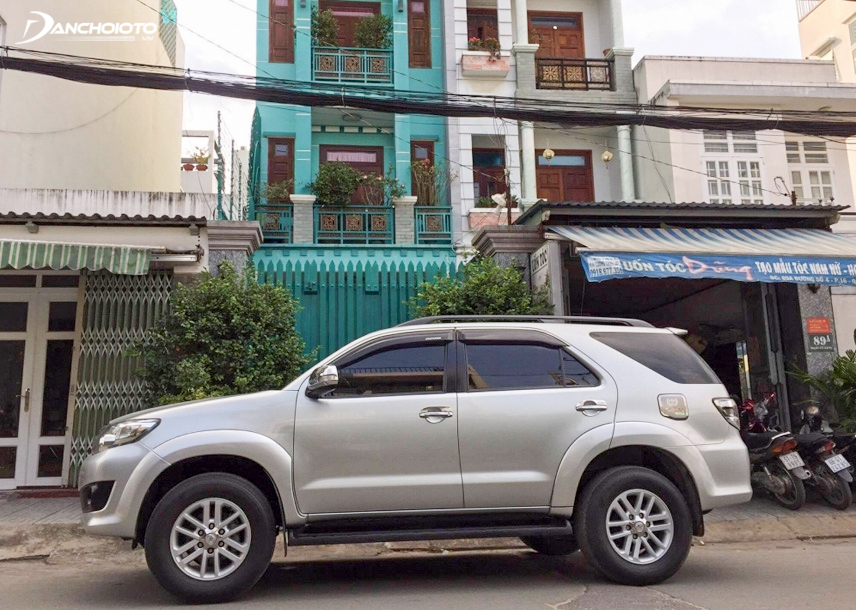 The car has the ability to accelerate faster and reduce inertia

Performance of the Toyota Fortuner is basically still quite good. The car is compact and stable at speeds below 100 km / h, if running at higher speeds, it will feel a bit floating by the high car chassis. The ability to accelerate and exceed the car of Toyota Fortuner 2013 is not really impressive because the car is long, heavy and has the capacity of the machine is still “sufficient”. But in return, Fortuner 2013 runs persistently, has little damage, is easy to repair and the repair fee is quite low.

In terms of safety technology, indeed, Fortuner 2013 is quite far behind by rivals such as SantaFe or Honda CR-V. Fortuner is equipped with only 2 basic airbags, additional ABS brakes and reversing sensor. Remaining, the other necessary technologies for a “muscular” vehicle such as Fortuner: horizontal launch, electronic balance, body stability, cruise control … are not yet equipped, even in the village. High-end V. 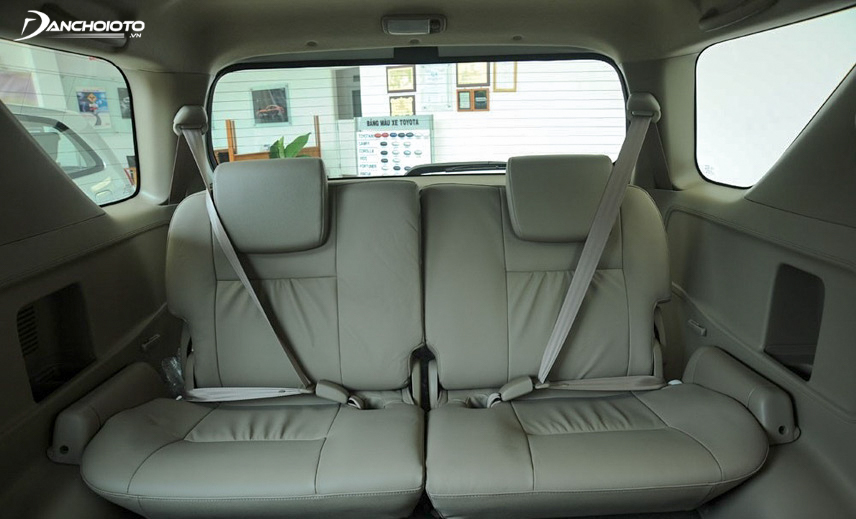 Safety equipment of the car is also quite simple, the rear seats only have seat belts without airbags

Should you buy the old Toyota Fortuner 2013?

From the assessment of advantages and disadvantages on many aspects of Fortuner 2013, we hope that the owners have more grounds to make a decision whether to buy the old Fortuner or not. However, according to user reviews, the old Fortuner 2013 is a 7-seater SUV that is quite suitable for large families or run the service because the car is less broken and operates relatively stable for a long time.