The market for compact system cameras (CSC), also known as mirrorless lens cameras, is very exciting. It is in this market that Samsung is making steady strides with the expansion of its lenses. Currently, Samsung's CSC camera product has a 45mm fixed focus lens for 3D stills and movies. This type of lens is exclusively compatible with Samsung's latest line of cameras – the NX300.

According to technology page Techradar, NX300 camera line is very different from the predecessor models like Samsung NX210 and Samsung NX1000 still available on the market. Of course, they still have similarities that are all equipped with 20.3 megapixel APS-C size sensors.

The NX300 also has a maximum shutter speed of 1/6000 seconds, faster than the 1/4000 second speed of the NX210 model, along with the ability to shoot RAW images and touch screen tilted over. 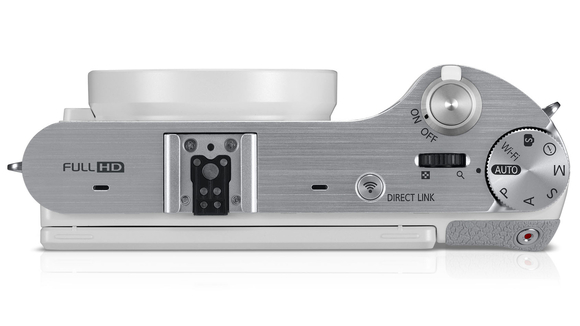 There are 105 phase focusing points and 247 points that focus contrast on the Samsung NX300's sensor, and it can detect up to 10 faces to determine the best shooting mechanism for collective shots.

Samsung NX300 costs 748 USD. Compared with the NX camera line of Samsung, the NX300 is priced with the NX1000 model when this model has just been launched, and also cheaper than the NX210 and the original price of NX20.

In this price frame, the NX300 is the same price as the mirrorless models that rival the Olympus PEN Lite E-PL5 and Nikon 1 J2, but more expensive than the Sony NEX-5R and Pentax Q10. 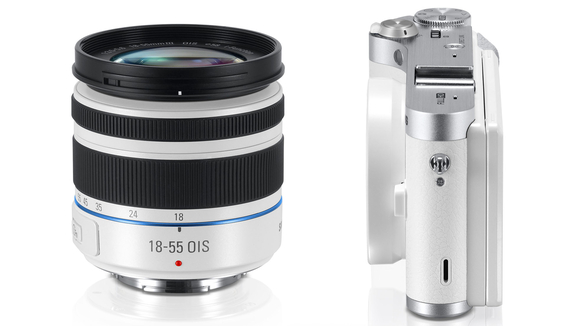 In addition to the auto-shooting modes (auto), scene modes and P, A, S, M (4 common shooting modes, of which P is Programmed Auto, S is Shutter Priority mode). , A is Aperture Priority and M is Manual), the NX300 also adds a further shooting mode called Lens Priority (Lens Priority). The advantage of this shooting mode is the same as the aperture priority mode, but it is simpler, allowing non-f-stops to be taken with care without focusing on the defocus / sharpen slider. You can drag on the touch screen or move by rotating the focus ring on the iFunction lens.

The NX300 also has a flash, but it does not integrate into the device, so either you have to carry the flash or have to shoot with a longer exposure mode or higher ISO. The machine has an ISO range running from ISO 100 to ISO 25600, with 3 stops of offset in each direction, in 1 / 3EV exposure compensation mode. In the Samsung NX210 and Samsung NX1000, ISO only reached the highest level of 12800, so this is an important improvement point in the NX300.

The NX300 doesn't have a dedicated movie mode, and this is a "plus" point, because you can shoot movies in any regular still mode and won't risk losing a photo. some valuable moment for having left the camera in the wrong mode. 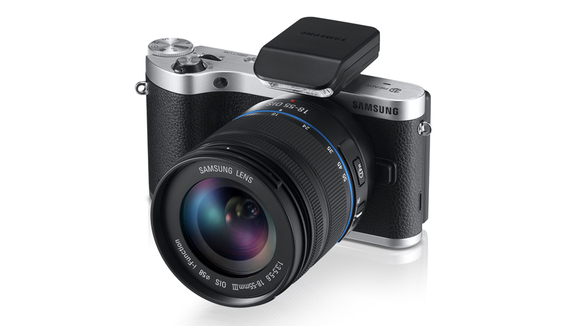 Nothing to complain about the hardware quality of the NX300. Samsung NX300 may be a bit heavier than its predecessors, but the body is very sturdy, sturdy and also covered with an aluminum top.

The battery and card slot are underneath and are nicely arranged from the base to not touch the tripod, so you can replace the battery or card without removing it. 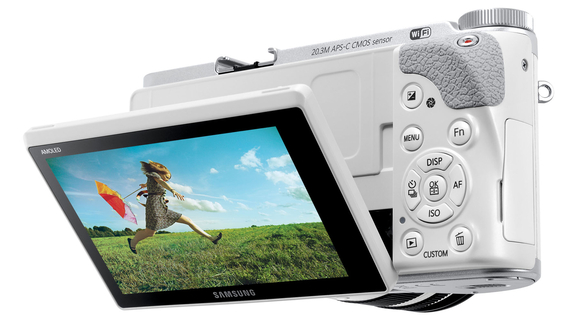 Bright AMOLED screen is easy to use under direct sunlight. The NX300's screen is larger than most competitors with dimensions from 3.31 inches / 84mm diagonal. The screen can be tilted over so you can tilt it up or down to create more creative angles, and it's the first touch screen on Samsung's semi-professional camera line.

The screen rotation of the NX300 is quite solid, ensuring users can fold in and out for many years of use, and Samsung is also very successful in creating a balance between making the screen smooth with the medium smoothness Enough to be easy to locate and tough enough to stand still. 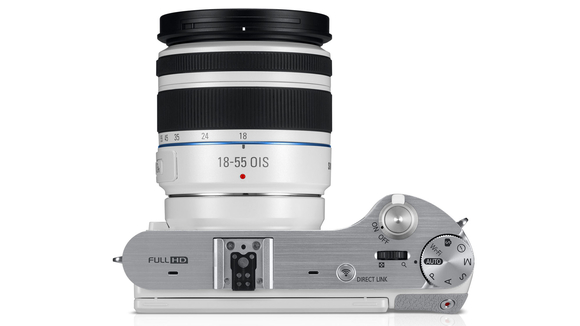 If you choose one of Samsung iFunction lenses, like the 18-55mm kit lens, there will be an iFn button on the side of the lens. Clicking the iFn button will bring up a context menu and control this menu by rotating the focus ring at the bottom of the lens, so you can quickly make changes in shutter speed, aperture, balance. White and many others.

Although not new, this great feature puts all of the control functions on your left hand, and leaves the right hand free with the shutter. Moreover, you don't need to change the way you hold the camera to navigate shooting options. It also facilitates you to use the lens priority mode mentioned above.

The full menus used regularly are very clearly arranged on the tabs (tabs). Each part has a large enough space so that users with slightly larger fingers can still control precisely, and any control operation responds very responsibly.

Sadly, the NX300 does not have an external battery charger, so you will have to charge a new battery with the adapter included, plugged through the micro USB port on the side of the device, just below the HDMI port.

You don't have to use the USB port to get your pictures on the camera, because like the Samsung NX210, the NX300 also has Wi-Fi connectivity. Moreover, Wi-Fi connection in NX300 is very good because Samsung has a lot of experience in building smartphones. 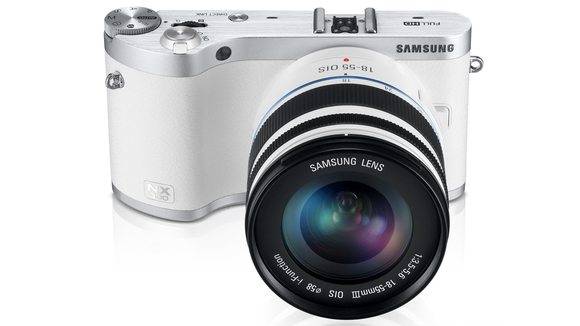 There is a dedicated Wi-Fi location on the mode dial, which gives you access to a variety of functions, including backing up photos to Microsoft SkyDrive or saving directly to a PC Mac. A direct connection button at the top of the phone allows you to create shortcuts for this mode, so you can program Wi-Fi activation and start a regular wireless function, just once press. For those who are familiar with tablets or smartphones, NX300 also has NFC technology built-in to share images.

In general, the layout of the NX300 control buttons do not make any mistakes, the most used options are right just under your fingers.

However, although you can use your hand to drag left and right on the screen to move through the images when reviewing them, but the NX300 still lacks the wheel as in the rear of the NX210.

This mechanism works very well under conditions of use, even when light is weak. The option to tap the screen to set the focus points manually will be much faster than using hard keys. It also has a face detection function of up to 10 faces in any frame. Photos taken in both RAW and JPEG files, true colors with images taken in both good lighting conditions and overcast conditions. 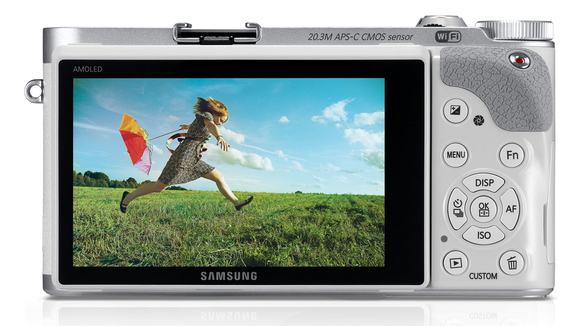 However, some test shots show some distortion if there is a slight reduction in sharpness in corners and edges in testing RAW file images, but if you take JPEG photos then this is not a problem.

Metering (metering) is very accurate in tests, the NX300 performance works very well under both good and overcast conditions. NX300 allows multi-point metering and metering to focus, with 221 metering points spread across the frame.

White balance is easy to control through the lens using the iFn button and focus ring. It has 8 predefined light sources, including 3 different fluorescent lamp settings and custom and manual options. 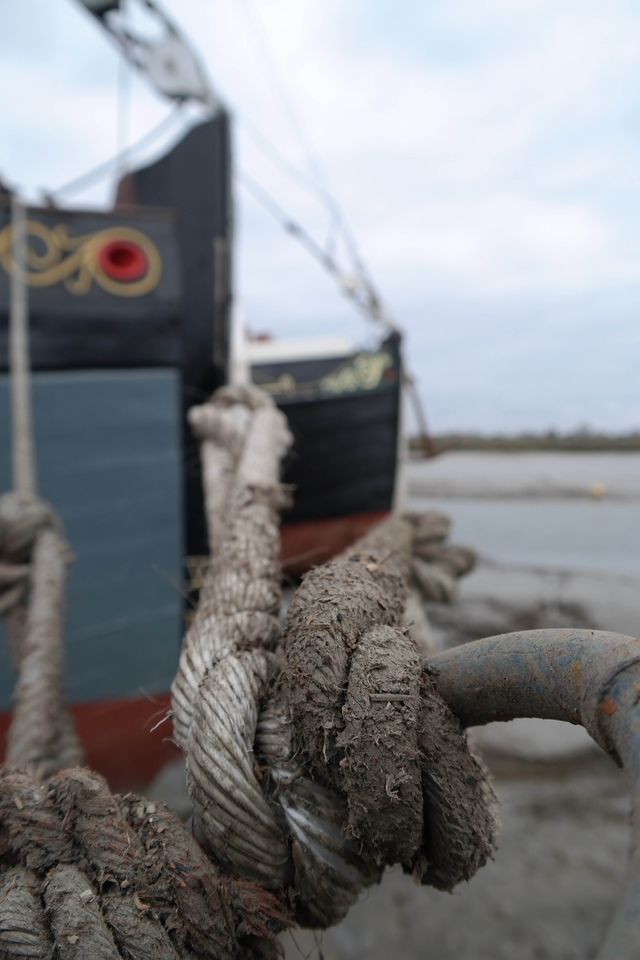 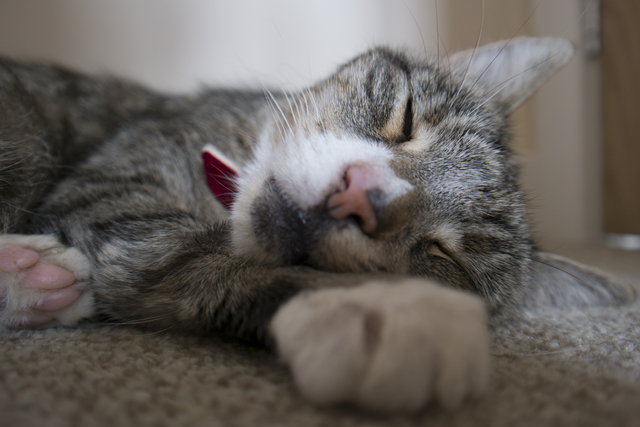 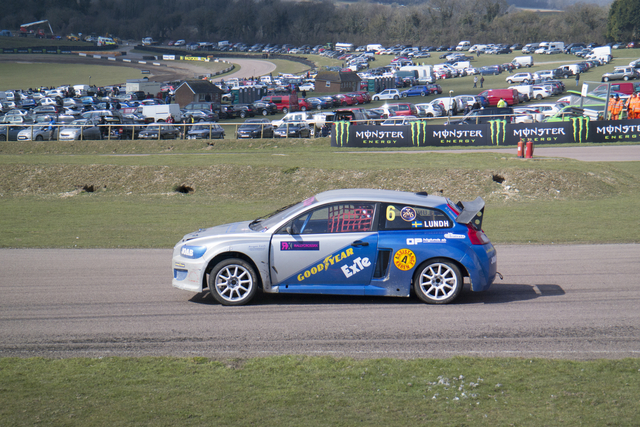 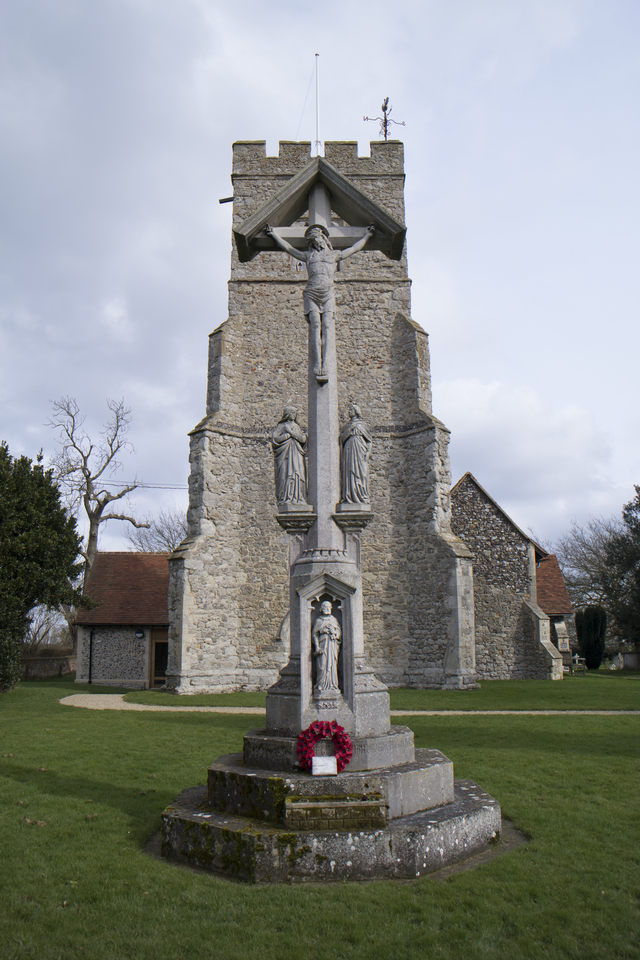 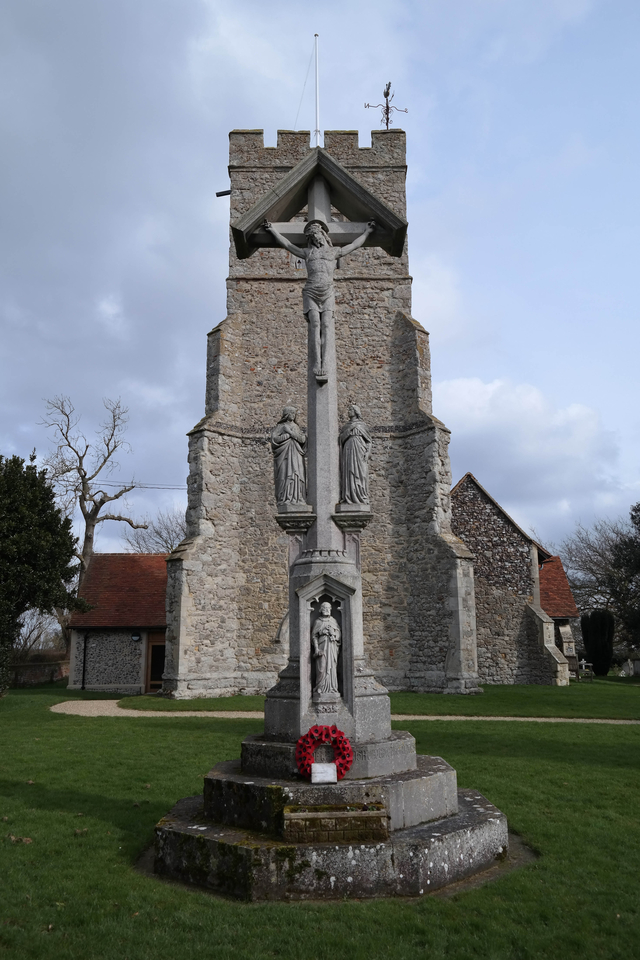 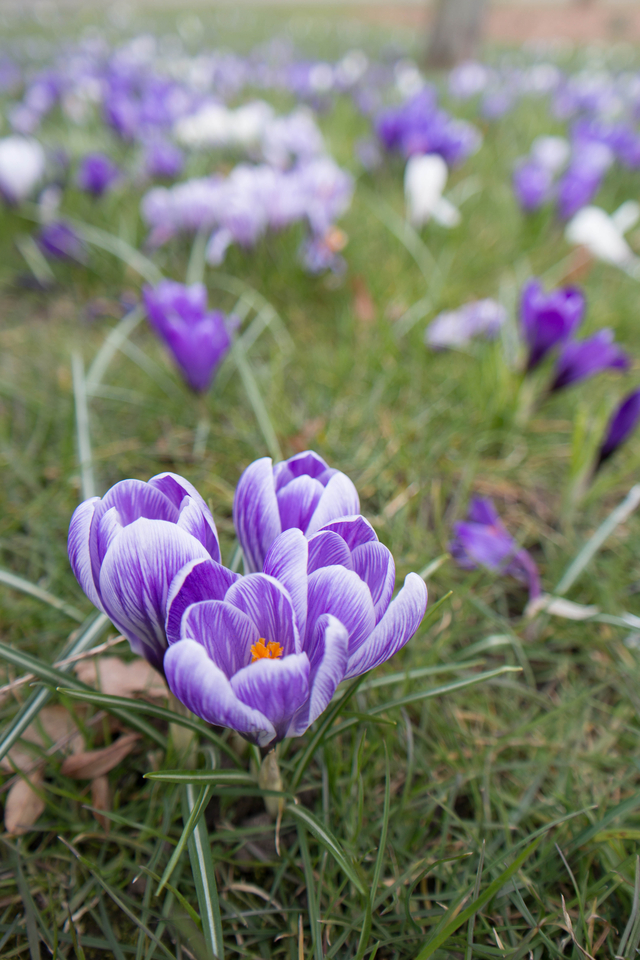 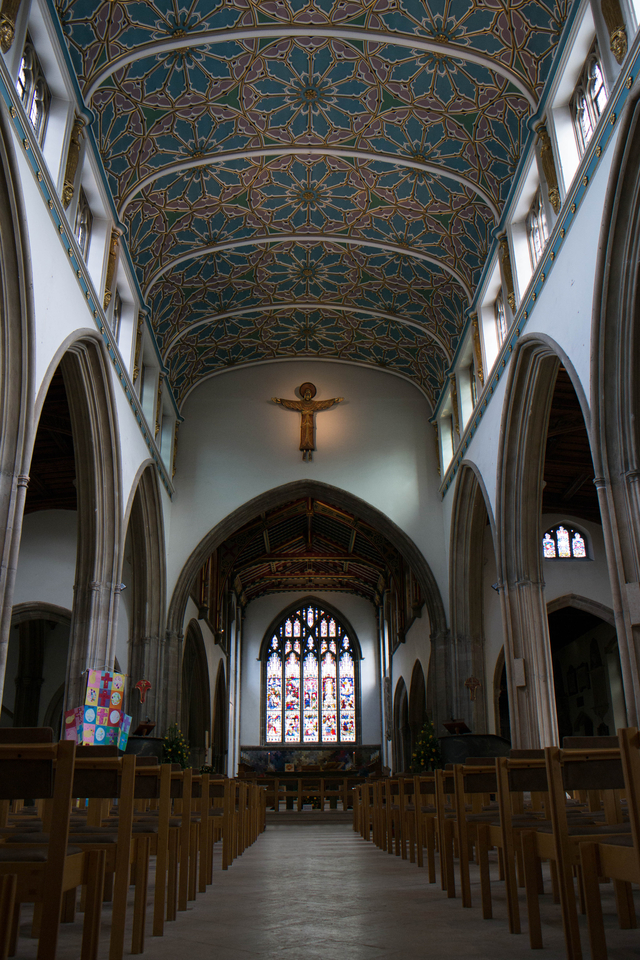 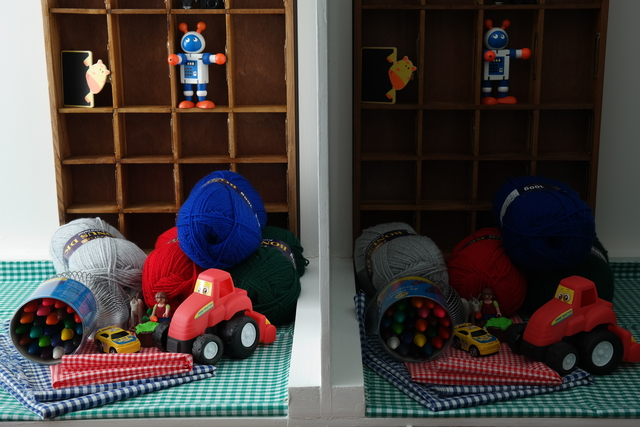 Samsung has equipped the NX300 with unique and high-end features. The screen is big, lively, the 20.3 megapixel sensor, the largest shutter speed 1/6000 seconds and the best focusing time is only 0.08 seconds. These features of the NX300 are enough to satisfy almost all users, except for a few very high-end users.

The quality of the photos is very beautiful and the colors are accurate. Photos taken in low light conditions are also very good. In general, the image quality of the NX300 does not have any merits and even those who are new to the camera can capture high quality images thanks to the smart shooting modes built into the machine and the system iFunction lens, New lens Priority function has opened up an attractive photo world for less experienced users.

One of the weaknesses of Samsung NX300 that page TechRadar Want to improve is a relatively large body compared to compact cameras.

Post Views: 37 The Samsung Galaxy Fold is officially hitting US stores on September 27 for $1980. In addition, Samsung has confirmed its will be offering a one-time screen replacement for $149. There is some fine-print however as this offer will only be eligible for those who purchase the device before December 31, 2019. […]

Is breakfast the most important meal of the day? This "truth" was actually composed by breakfast cereal vendors

Post Views: 33 Breakfast is the most important meal of the day, we often recognize it as a truth. Then there is the old adage: Breakfast like a king, lunch like a prince and dinner like a beggar. All have been pinned in our heads since we were babies, that skipping breakfast can affect our […]

Doraemon 2020 rises straight to the top of the box office in Japan!

Post Views: 52 On August 7, the movie Eiga Doraemon: Nobita no Shin Kyoryuu (Doraemon the Movie: Nobita’s New Dinosaur) officially opened in Japan on 377 theaters on the first day. The film quickly caused a box office storm in Japan, despite the Covid-19 epidemic. With 377 theaters in Japan, the film quickly rose to […]