The article is still being updated and I will have the complete article on this Thursday (April 22, 2021). Please remember to watch and wait.

Before going into the details of the article, I would like to give a quick look at the configuration parameters of the Galaxy M51, the device that I will use in today’s One UI 3.1 update review. The specifications of Galaxy M51 are as follows: 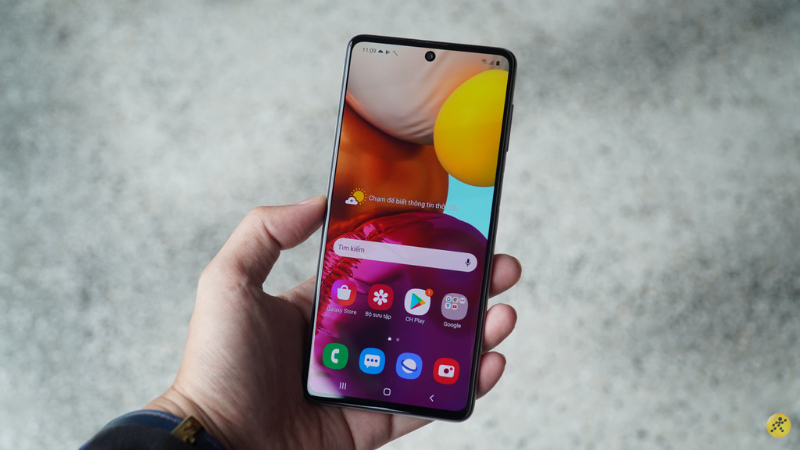 Will Samsung Galaxy M51 improve in performance and battery after One UI 3.1?

As I mentioned in the above parameters, I am holding the Galaxy M51 running One UI 2.5 (Android 10) and the device lets me go straight to One UI 3.1, which saves me from having to wait a long time. The total time for me to completely update the One UI 3.1 version (with a capacity of 1990.87 MB) for the Galaxy M51 is about 50 minutes.

2. The performance of Galaxy M51 is better optimized after One UI 3.1

After updating One UI 3.1 for Galaxy M51, I immediately score the performance of the device with 3 familiar software: GeekBench 5, 3D Mark, PC Mark to compare with One UI 2.5 version. The first is GeekBench 5 software and the results I obtained are as follows: 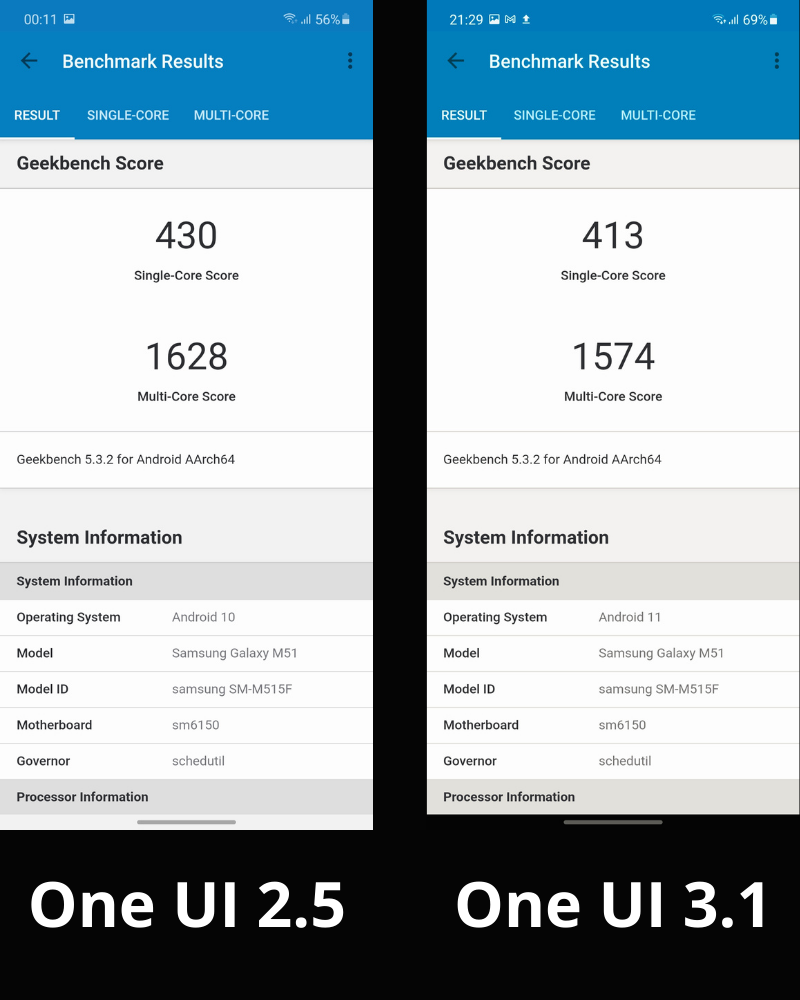 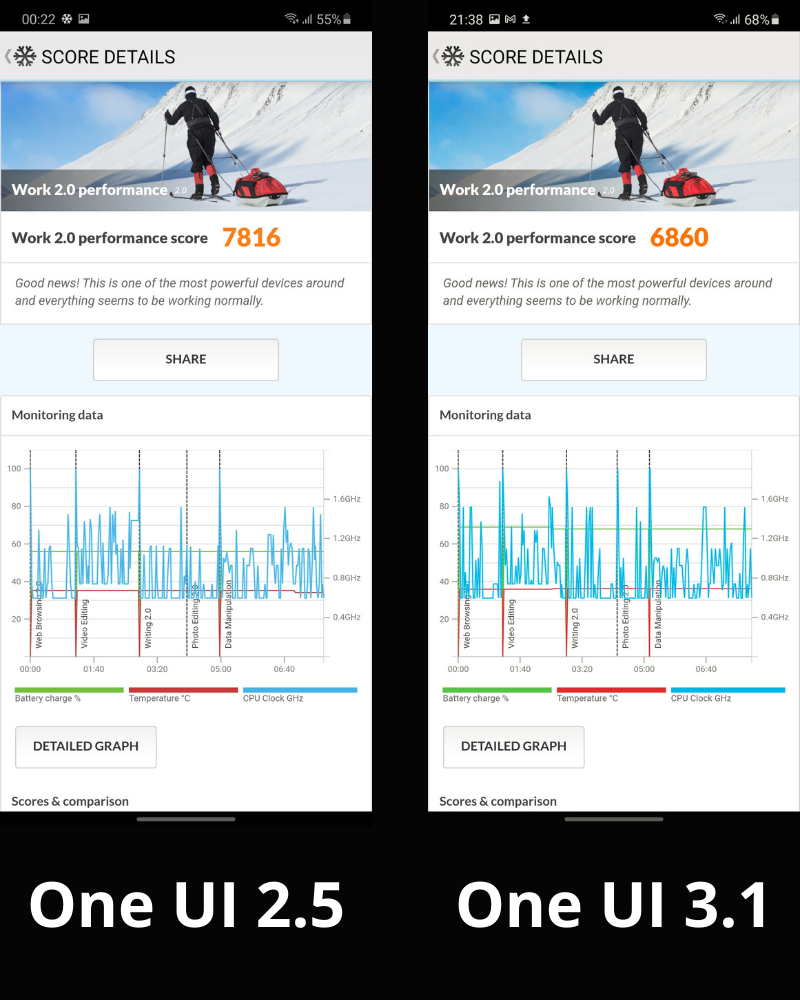 Likewise, the performance score scored by the Galaxy M51’s PC Mark running One UI 3.1 is about 1,000 points lower than the One UI 2.5 (7,816 points versus 6,860 points specifically). However, the 3D Mark software shows that the 2D and 3D graphics scores of Galaxy M51 after updating One UI 3.1 have increased significantly, as follows: 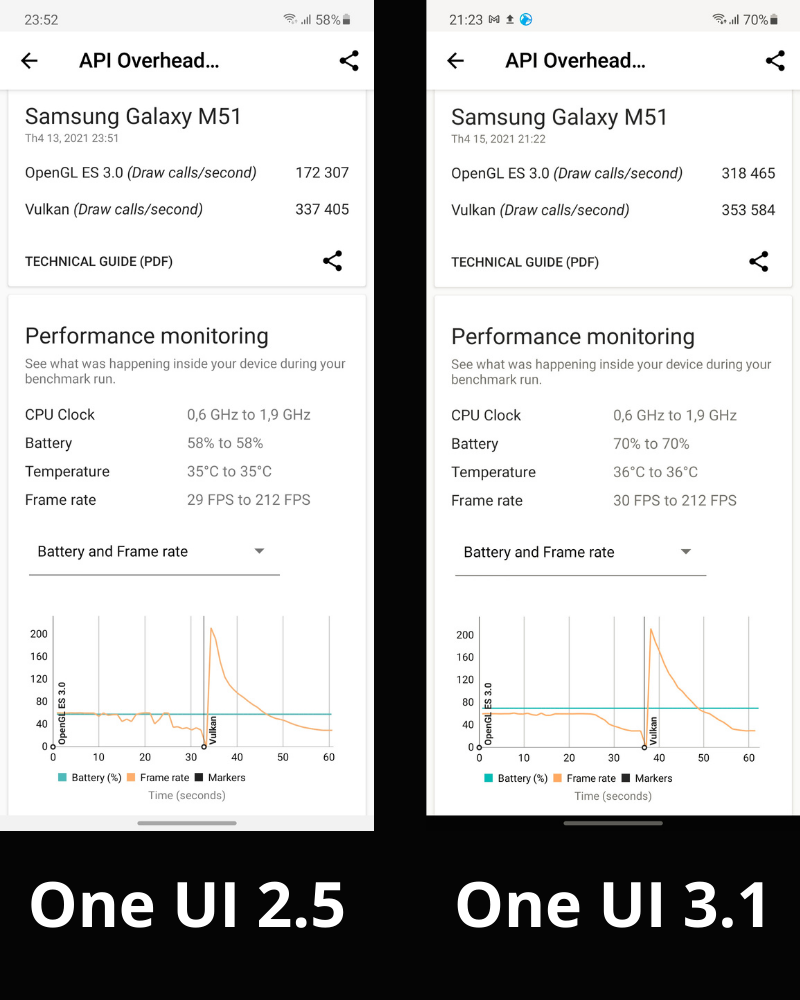 After the performance tests with 3rd party software, I will continue to try the 3 most popular games today, namely Lien Quan Mobile, PUBG Mobile, Call of Duty Mobile and all data about each game. I will leave it here for you to follow.

In the first game, Lien Quan Mobile, my Galaxy M51, before updating to One UI 3.1, played very smoothly and after updating to the latest software version, the device is still promoting the same performance. All operations in the game, solo or 5 vs 5 combat, cannot make this smartphone difficult, it must be said that the Snapdragon 730G chip has very impressive performance.

Of course, with Snapdragon 730G, the Galaxy M51 can fully enable the High FPS feature in this game. According to the FPS chart that we measured, the Galaxy M51 above both One UI versions achieved 60 FPS and remained stable during gameplay.

FPS chart when playing League of Legends Mobile of Galaxy M51 running One UI 2.5 (left) and One UI 3.1 (right).

Thanks to that, the lag, slight frame drop did not appear too much when I played PUBG Mobile on the Galaxy M51. Before updating to One UI 3.1, Galaxy M51 handled PUBG Mobile game not really smoothly, the FPS level fluctuated around 36-40 FPS.

With the game Call of Duty Mobile, the Galaxy M51 after going to One UI 3.1 is less stable than before the update. Although the Galaxy M51 in both versions displays a good gaming experience, the FPS chart below shows that the Galaxy M51 running One UI 2.5 plays smoother and less frame lag than One UI 3.1.

Specifically, the FPS fluctuation level when Galaxy M51 runs One UI 2 playing Call of Duty Mobile is about 48 – 60 FPS, while at One UI 3.1 when entering the game screen, the FPS ranges from 45 – 57 FPS. The difference is present but it seems imperceptible.

3. Does Galaxy M51 battery have more buffalo after going to One UI 3.1?

Galaxy M51 is inherently one of the smartphones with the largest battery capacity today with up to 7,000 mAh figure. However, some users fear that after updating to the latest One UI version, the device may consume more power, drain the battery faster, but is that true?

To verify that question, I have tested the battery life of Galaxy M51 in both One UI versions and the specific conditions of the battery test (according to TGDD standards) are as follows:

And the results I obtained are as follows: 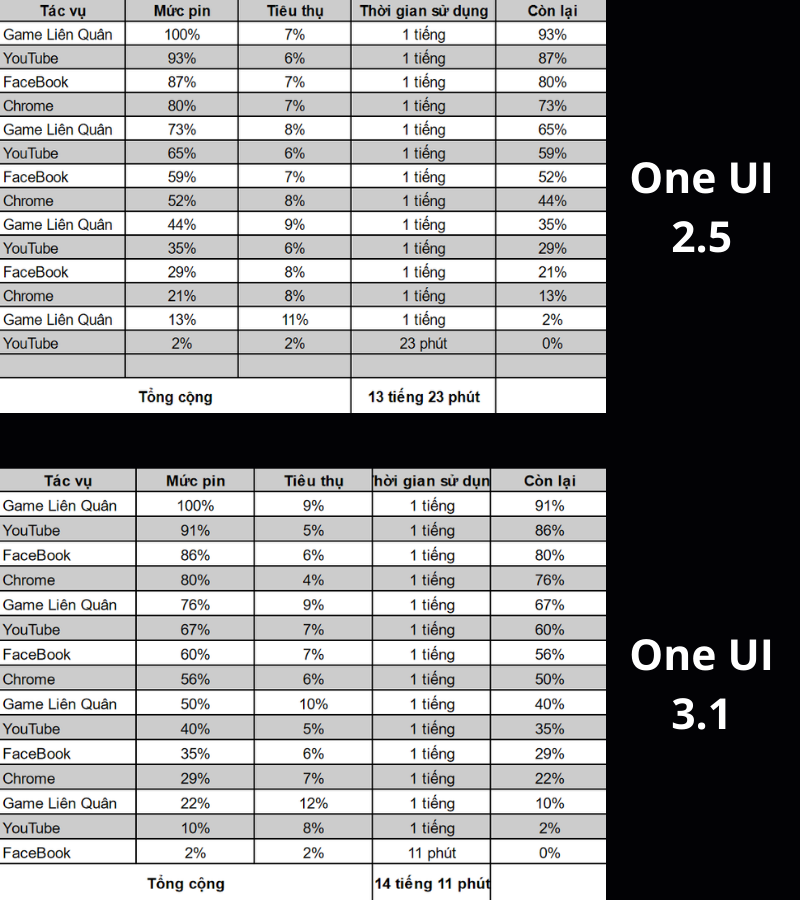 So after the Galaxy M51 comes to One UI 3.1, it gives us a battery life of up to 14 hours and 11 minutes, much more impressive than the 13 hours and 23 minutes when it was in One UI 2.5 version. I have to praise Samsung for creating an extreme One UI version, which optimizes energy consumption on the Galaxy M51. 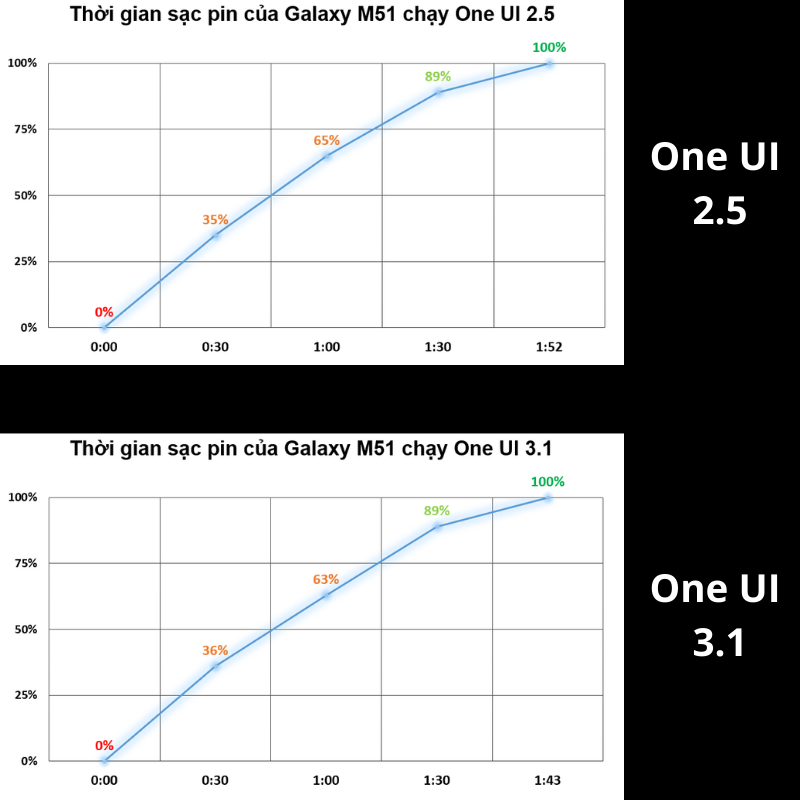 In addition, I have also measured the time to fully charge the 7,000 mAh battery of the Galaxy M51 before and after the One UI 3.1 update. The results as you can see in the picture above, Galaxy M51 after updating to One UI 3.1 for a slightly higher charging speed than the previous One UI version (specifically 1 hour 43 minutes compared to 1 hour 52 minutes). Because Galaxy M51 is equipped with 25W fast charging technology, I do not have to wait too long for the battery to be 100% full.

The article is still being updated and I promise you that I will have the complete article on this Saturday (April 24, 2021). Please remember to watch and wait. 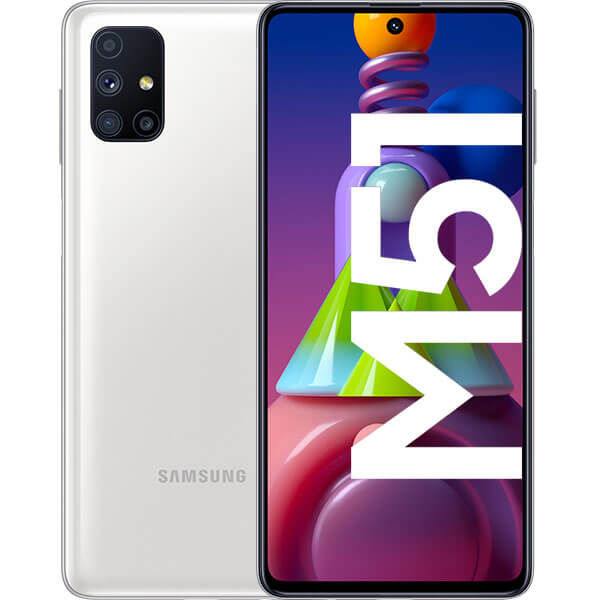