Being very famous, highly appreciated by the gaming community, technology lovers in Vietnam as well as around the world, the launch of Samsung 980 Pro on the market received many expectations. This is the company’s first SSD product using the PCIe 4.0 protocol with twice the bandwidth of the previous PCIe 3.0, which means that the actual speed has also increased significantly.

Samsung 980 Pro has versions from 250GB to 2TB suitable for many different uses, of course the price will be different. In this article, we will send you an experience with 1TB capacity. The Samsung 980 Pro’s appearance is relatively familiar, which has appeared on many of its other SSDs such as the 970 Pro or 970 Evo … with mysterious black tones along with a prominent hot color product name. In addition, the standard M.2 2280 shape is also too easy to recognize.

The good thing is that Samsung has equipped these sticker sheets to become heat sinks with very good heat transfer, both front and rear. In fact, the higher the speed of SSDs, the hotter they are, especially when operating with the large bandwidth of PCIe 4.0, the heat generated is very large. NSX anticipated this to take very good action. 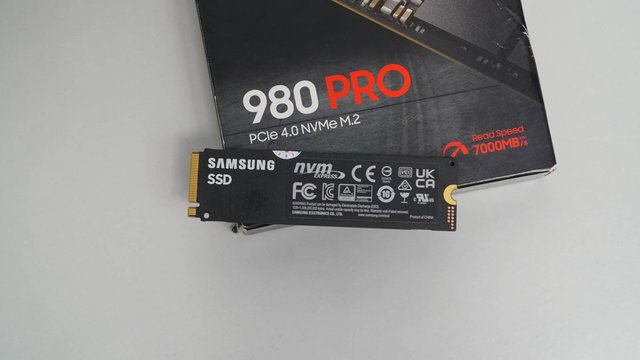 The new thing hidden behind the upper label is a 3-bit TLC flash memory chip along with Samsung’s latest generation Controller. Comes with Intelligent TurboWrite 2.0 technology that helps increase the read and write speed of SSDs based on caching. With the Samsung 980 Pro, the company announced that the data capacity of about 138GB will be “encapsulated” by the speed of light, of course larger, everything will slow down.

Next, we will attach the Samsung 980 Pro to the machine to test the speed of this SSD through some practical tests. The selected configuration is as follows: 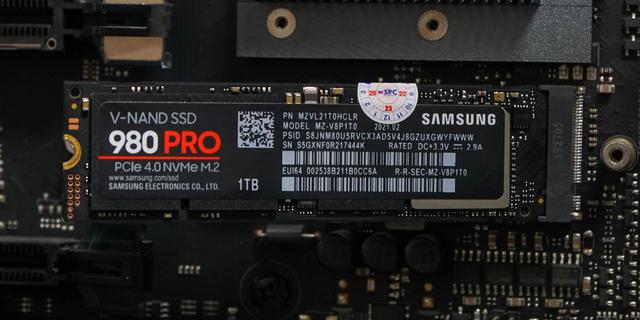 It should be noted that there are currently only a handful of new platforms including AMD Ryzen 3000, 5000 combined with X570, B550 and 11th Gen Intel Core i chipsets combined with new 500 series motherboards that support PCIe 4.0 only. So gamers who want to buy Samsung 980 Pro or any other high-speed SSD using PCIe 4.0 connection should consider carefully. 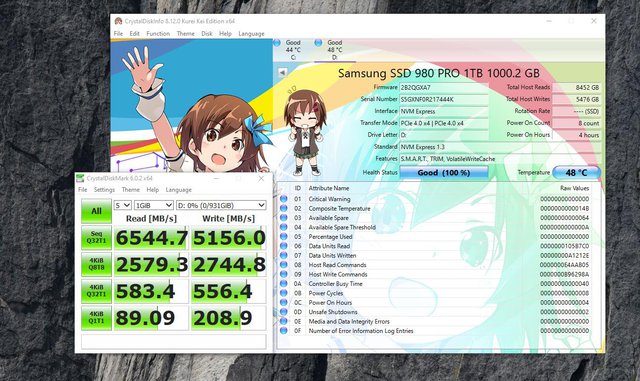 Experimenting with the more practical, most used task of copying data to the drive, the Samsung 980 Pro performed very well. The total copy file size is 100GB including the Cyberpunk 2077 game console, Valorant game and a series of 4K video footage, this SSD maintains a speed of 2.2 – 2.3 GB / s most of the time, then drops a bit. a bit but still keep 1.7 GB/s in the final stage.

And to evaluate the ability to run the game, on Samsung 980 Pro, we use the benchmark of the game Final Fantasy XIV: Shadowbringers, this SSD loads all 5 levels in 8.9 seconds. Compared to PCIe 3.0 SSDs, it is usually around 12-13 seconds.

This means that the heavier the game, the less time you have to wait, a very worthwhile upgrade for hard-core gamers. 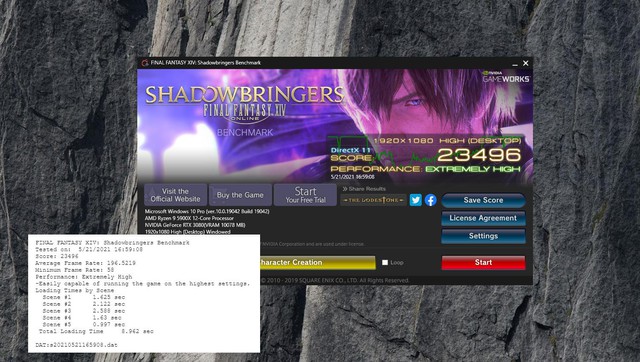 As for the temperature, with the help of the attached heatsink on the Asus ROG Strix X570 F-Gaming mainboard and the air-conditioned room temperature of about 25 degrees Celsius, the Samsung 980 Pro passed the heavy tests at temperatures of about approx. 50 degrees Celsius, which is extremely cool. However, if used in hotter conditions and without a heatsink, it can be up to 68 – 70 degrees Celsius, so users should pay attention to buy a heat sink for this SSD to be better.

Currently, the product is priced at 5.6-5.8 million VND for the 1TB version depending on the dealer. With higher demand, the Samsung 980 Pro 2TB version costs 13 million VND, or lower is 500GB priced at 3.9 million VND and finally 250GB costs 2.3 million VND. All SSDs come with a 5-year warranty.