Not too long ago, we had the opportunity to experience Samsung’s flagship SSD, the 980 Pro, which uses the latest technologies and comes with high-bandwidth PCIe gen 4 for “tearing” speeds. However, the small limitation is that only the latest platforms from Intel (CPU gen 11 and Mainboard Z590) or AMD (CPU Ryzen 3000, 5000 and Mainboard X570, B550) support.

So for those who use older or lower generations, which SSD is the best to buy? The answer is Samsung 980.

Samsung 980 still uses the popular M2 PCIe gen 3 connection standard, compatible with the vast majority of systems from old to new, the speed is not bad, and importantly, the price is very affordable, not too high like other models. PCIe gen 4. This is the reason for gamers who are intending to upgrade or build a new PC to choose this product. 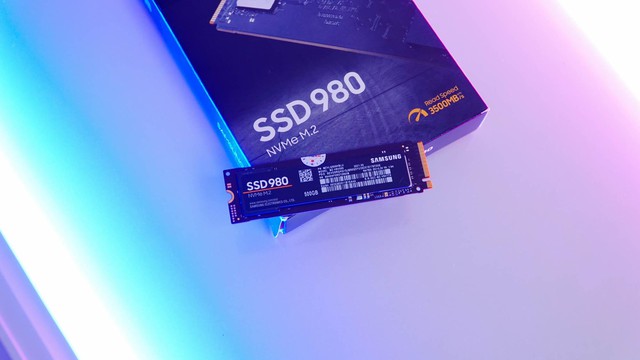 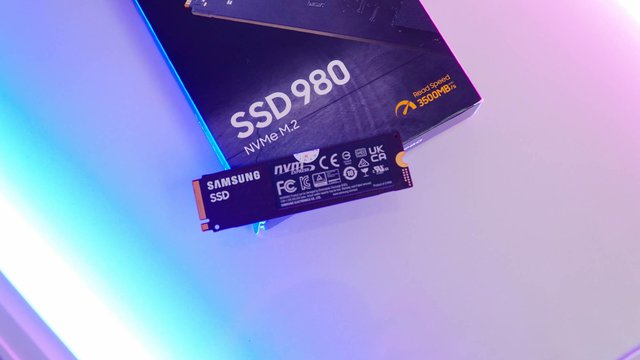 Inside, Samsung 980 uses Samsung’s 6th generation V-NAND memory chip, 128 layers, DRAMless design with Samsung Pablo controller. To accelerate, this SSD integrates TurboWrite 2.0 technology, but unlike the Samsung 980 Pro, the product only has a dynamic TLC cache (instead of combining both static and dynamic) plus a lower-end controller. Therefore, despite the large capacity, when the data buffer is full, the speed will not be as high as the elder. 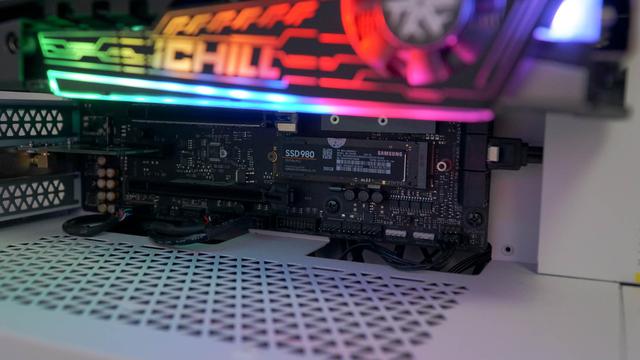 To test the speed of Samsung 980, we will plug the SSD into the configuration system as follows:

The first test is benchmarking with the familiar Crystal Disk Mark software: 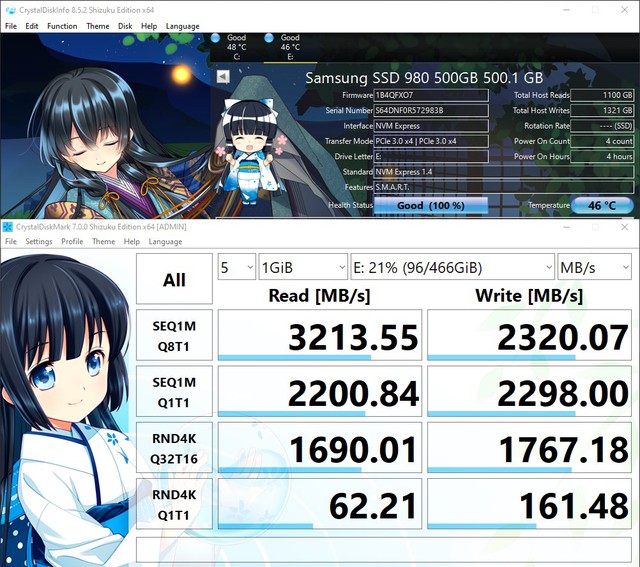 Next will be a more realistic test when copying the Assassin’s Creed Valhalla game with a capacity of more than 60GB to the SSD. 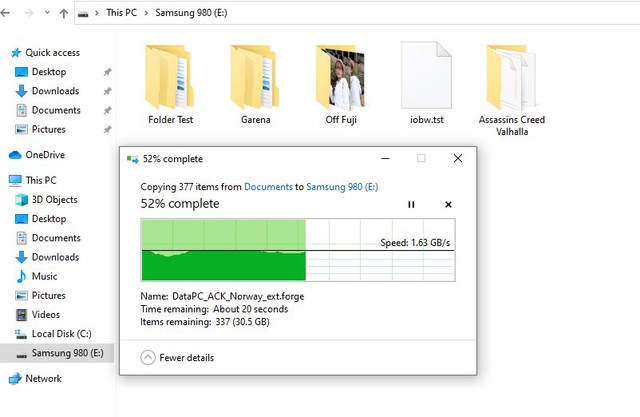 The resulting speed was around 1.6 GB/s about a quarter of the way before running out of cache and dropping to 800 – 900 MB/s at the end. It must be said that it is quite fast and stable when copying heavy data to “mixed” like this.

In terms of game downloads, we will try with the benchmark software Final Fantasy XIV: Shadowbringers 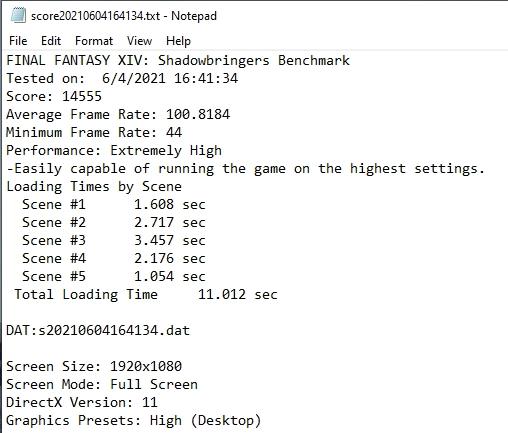 The 5-screen loading speed is 11 seconds, which is very fast compared to the PCIe gen 3 SSD models on the market.

Overall, the Samsung 980 is a very reasonable SSD for gamers or content creators in the current conditions, when the PCIe gen 3 connection standard is still more popular and it is important that the speed of the product is still responsive. normal usage needs.

Currently, Samsung 980 has 3 versions including 250GB for 1.58 million VND, 500GB for about and 1TB for 4.1 million VND, widely sold at agents throughout Vietnam, officially distributed by Samsung Electronics. Vinh Xuan computer company.