Despite stopping the sale of new cars, but thanks to the low price, strong chassis, durable engine, many people consider the old Chevrolet Aveo 2018 is still a worth considering option.

Forerunner of Chevrolet Aveo is Daewoo Gentra car from Daewoo – South Korea, it was quite popular before 2000, then American Motor Corporation GM Motor bought and launched GM Daewoo Gentra sedan in 2006. Also because yet the Chevrolet Aveo still has a sleek design despite its American mark. 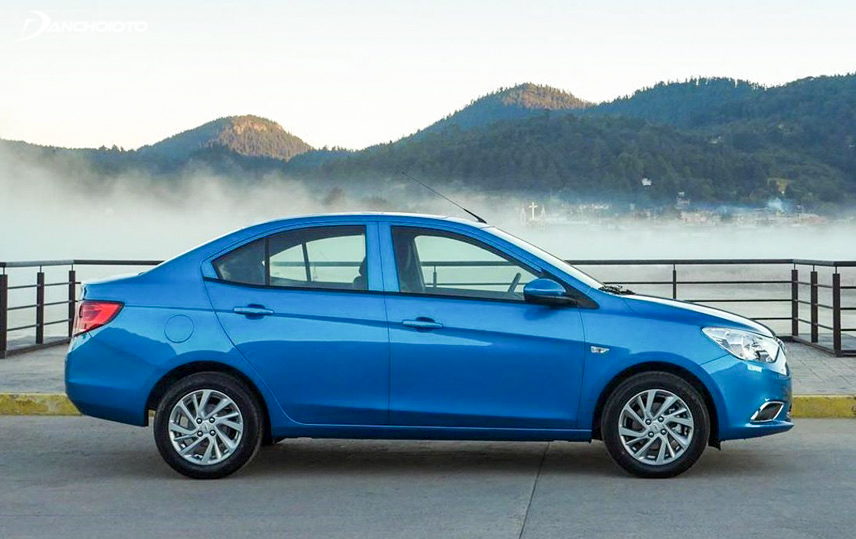 Although quite faint in the car segment, Chevrolet Aveo still meets the demand for small cars for personal transportation or running services.

Chevrolet Aveo is a low-priced 5-seater car that is quite private in the B-segment sedan segment. Competing with Chevrolet’s representatives are sedans from Japan and Korea such as Mitsubishi Attrage, Toyota Vios, Honda City, Mazda 2 , Hyundai Accent … In particular, the price of Toyota Vios and Honda City are higher than Chevrolet Aveo, while Hyundai Accent and Mitsubishi Attrage are on par.

Review the old Chevrolet Aveo 2018 in terms of exterior

Compared to the old models, the appearance of the Chevrolet Aveo 2018 is almost unchanged. Aveo 2018 overall dimensions length x width x height are 4,310 x 1,710 x 1,505 (mm), wheelbase 2,480 (mm), ground clearance 130 (mm). Compared to many rivals, the Aveo oto model is “bigger”, so that besides the appearance, the American sedan also owns a comfortable cabin space. Although “big” but the radius of rotation 5.03 (m) still more than enough for an Aveo to manage agile on narrow roads.

The design style of the old Chevrolet Aveo 2018 is a blend of strong and strong American car along with the youthful and flexible characteristics of Korean cars. The front of the Aveo is made up of sharp, sharp details that affirm a strong personality. From a distance, Aveo can still be recognized thanks to the dual honeycomb grille wrapped in shiny chrome borders. The two parts of the grille are separated by a yellow plus symbol – the Chevrolet brand imprint. 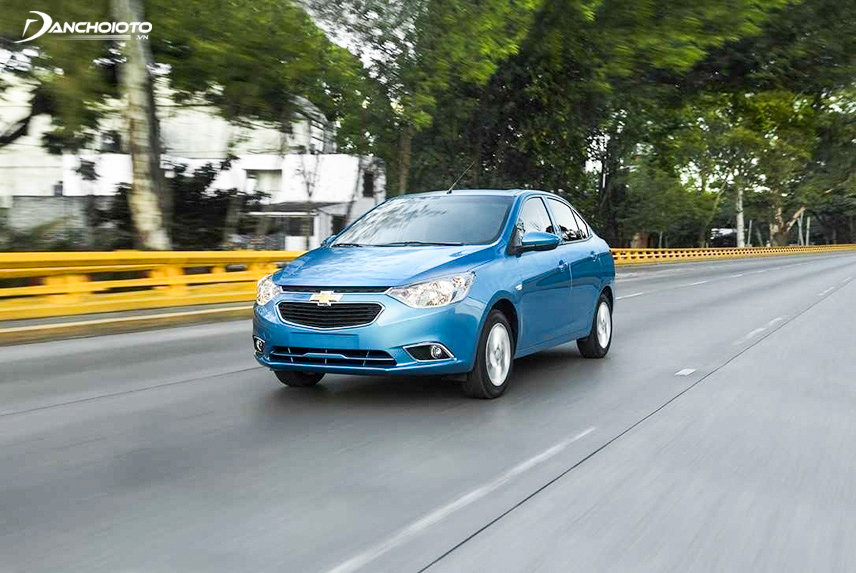 Balancing on both sides of the Chevrolet Aveo 2018 is a pair of large headlights with a pretty wings-shaped design. The bottom is the fog lamp socket located behind on the inside, also contoured by chrome to create a seamless design. The lighting system of the Aveo car still uses Halogen bulbs so it is quite modern.

One big drawback of Chevrolet Aveo is that the rearview mirror only allows for power adjustment / folding without turning signals, which most competitors in the segment, even the full i10 sedan 2018 are equipped with. be full. Although it is only a small feature, for fastidious customers, this can be a factor leading to the decision to choose a Korean car if you are considering buying Aveo or i10.

Marking your eyes back, the highlight on the rear of the Chevrolet Aveo is a large chrome bar that catches across the pair of distinct triangle-shaped taillights. Car lights continue to be Halogen. In return, the car is equipped with modern LED rear brake lights, with the LT, this detail is located in the middle of the rear glass and the LTZ is installed on the sports spoiler.

Review the old Chevrolet Aveo 2018 in terms of interior

Assessing the old Chevrolet Aveo 2018 in the interior compartment, it is not surprising that the usual hard plastic, felt cloth are fully utilized. The interior space design has been minimalist to be able to offer a reasonable price.

All seats on Chevrolet Aveo are covered with light-colored felt, the advantage is to help create a fresh and airy feeling, while the downside is easy to get dirty and hot. The front seats are designed to sport close to the occupants, helping drivers and passengers in the front seats to reduce fatigue during long trips. The driver seat allows for 6-way manual adjustment and 4-way passenger seat, in addition to the car has a armrest for the front row. 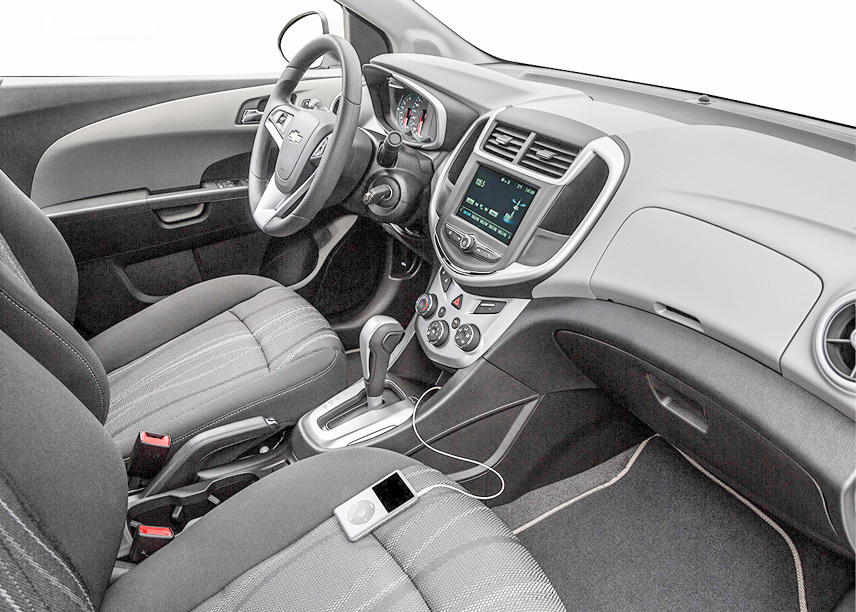 Interior compartment with less modern materials but quite eye-catching design

The Chevrolet Aveo taplo table is designed in 2 layers with 2 elegant black tones to create sympathy. The details are arranged focusing on the driver, convenient to manipulate when the vehicle is moving. The steering wheel is a sturdy 4-spoke form with integrated hydraulic power, customizable sound buttons and hands-free conversations. Another Aveo drawback is that the steering wheel is not leather, if on long journeys, it is very inconvenient for the driver to hold.

Just behind the steering wheel is an Analog instrument cluster that displays speed, fuel, revs, engine temperature, along with an unimpressive small LCD screen.

The comfort system included in the interior of the old Chevrolet Aveo 2018 can only be encapsulated in the phrase “couldn’t be more basic”. Even compared to many competitors in the same segment, the Aveo car is considered to be “outdated”, difficult to compare with the Accent 2018 car even though the price is on par.

However, Chevrolet has also shown an effort to care for customers with a number of useful amenities, such as a driver’s armrest, adjustable headrests, cup holders, luggage storage, bags storage on the back of the front seat, trunk lights, sun visor with integrated mirror. The 300-liter luggage compartment on the Aveo LTZ also makes it convenient for users to carry items.

Review the old Chevrolet Aveo 2018 in terms of engine / performance

Under the hood, both Chevrolet Aveo LT and LTZ versions use the E-TEC II engine block 1.4L DOHC, MPI providing power of 93 horsepower at 6,200 rpm and maximum torque of 128 Nm at 3,000. rpm. Customers have 2 options with a 5-speed manual gearbox or 4-speed automatic transmission.

Despite its unimpressive engine power, the 2018 Chevrolet Aveo has the advantage of fuel economy. Specifically, according to 2018 Chevrolet Aveo specifications, the car has a fuel consumption of 6.6 liters / 100km of mixed roads. This is a good figure in the segment and users no longer have to worry about whether Chevrolet Aveo consumes gasoline. 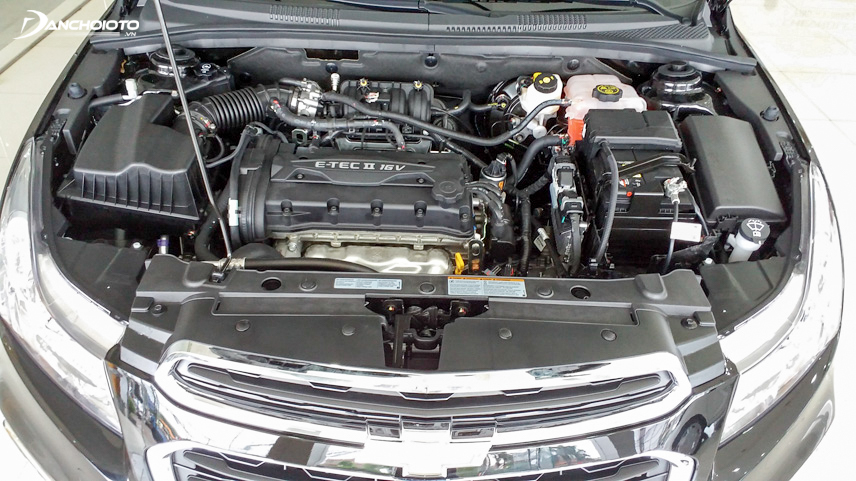 According to the reviews of old Aveo cars from many users, Aveo has improved the noise reduction, so that the passengers in the car can experience a quieter and more comfortable ride. The ground clearance of 130 (mm), though not able to make the small sedan flexible on rough terrain, but in return gives a feeling of driving, firm and quieter. In addition, the hydraulic power assist function makes it easier for drivers to steer.

Safety is always the priority that American car companies put on top. That’s why, although it is impossible to leave its small sedan “abundant” in terms of safety equipment, Chevrolet has tried to provide all the necessary features.

Should I buy the old Chevrolet Aveo?

This is a competitive price in the segment, much lower than competitors in the same segment. 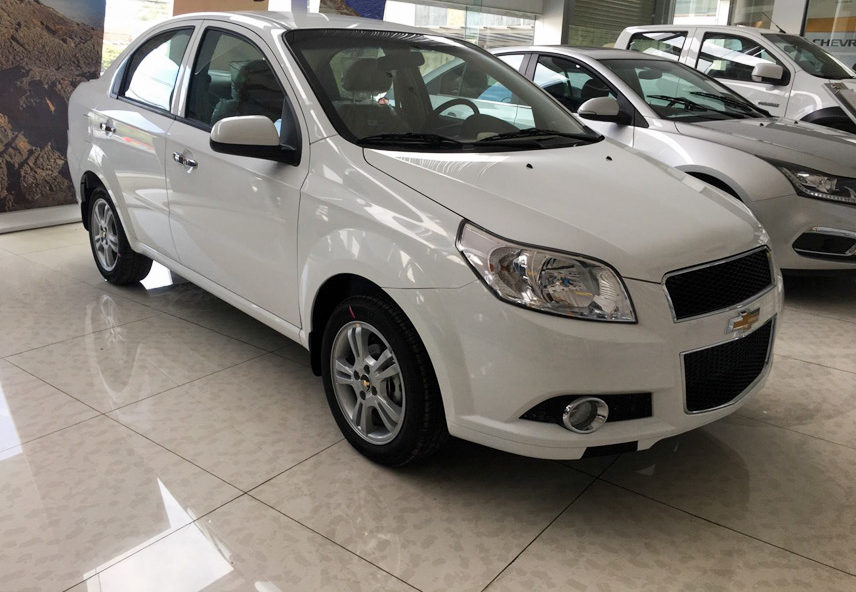 Between a series of heavyweight rivals from Japan and Korea, Chevrolet Aveo still proved quite “faint” especially when it was stopped selling. However, with the economic efficiency from the price and fuel economy, Chevrolet Aveo is still a worthy option when buying used cars of about 300 million. The target of the Chevrolet Aveo 2018 is that the buyer does not ask too much in a small sedan on the street or need to find used cars running grab, taxi …