One of the most powerful SSDs available today, the 980 Pro model redefines Samsung’s entire SSD lineup. With the combination of the latest PCIe 4.0 protocol and a new generation controller and memory chip, Samsung 980 Pro delivers dizzying performance on tasks, surpassing older generation SSDs with PCIe 3.0 protocol.

PCIe 4.0, the fourth generation of the protocol to connect peripherals to the motherboard, has gradually appeared and become more popular, the goal of replacing the existing PCIe 3.0 standard. With a nearly doubled bandwidth speed, the PCIe 4.0 standard supports 16 GT/s, (approximately 2GB/s per lane or 64GB/s total) compared to 8GT/s bitrate for PCIe 3.0 (1GB/s). PCIe 4.0 will also be backward compatible with legacy protocols, the PCIe 3.0 protocol will work on motherboards that support PCIe 4.0, and the PCIe 4.0 protocol will also work on PCIe 3.0 motherboards, but they are limited to performance of the PCIe 3.0 protocol.

980 Pro is the first SSD product from Samsung to support the PCIe 4.0 protocol standard. With read/write speeds (sequential) up to 7/5 GBps, random read/write up to 1,000,000 IOPS, Samsung 980 Pro promises to “weigh” all the users’ heaviest tasks. The product is currently priced at about VND 5.6-5.8 million for the 1TB version, depending on the dealer, with a 5-year warranty policy. If you have higher storage needs, you can consider the 2TB version for 13 million VND. 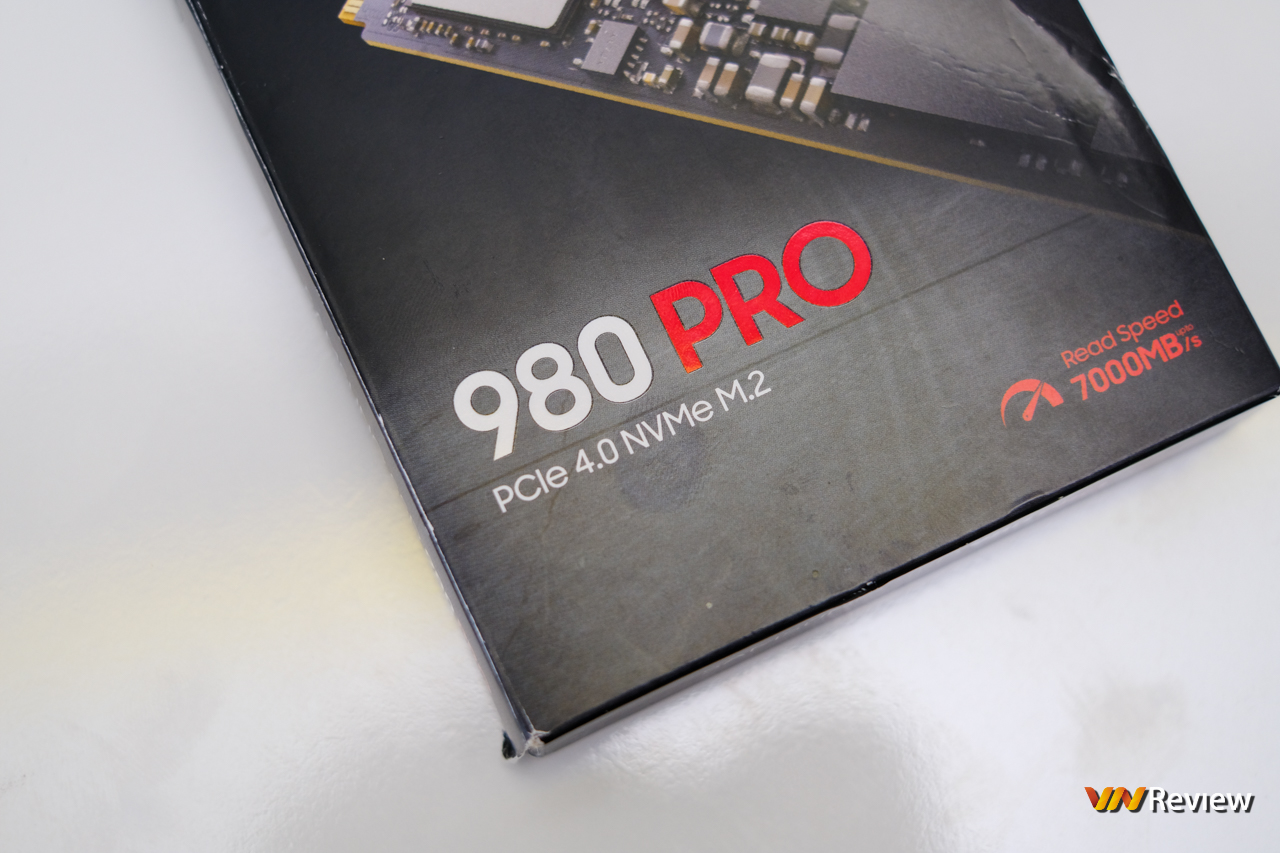 The specification of Samsung’s product boxes has long become an “immutable” formula, with the “Pro” brand line using mysterious black tones, a way that distinguishes it from the lower-end lines that are inherently low-end. have brighter colors. The parameters are also quite simple, including the product name, white print capacity and the highlights will be brilliant red. A color scheme to emphasize the focus without having to use too many flashy colors.

It should be noted, to exploit the full power of PCIe 4.0 SSDs like the Samsung 980 Pro, we will need a configuration that fully supports this protocol standard, currently they include AMD Ryzen 3000 CPUs, 5000 series combined with motherboard X570, B550. 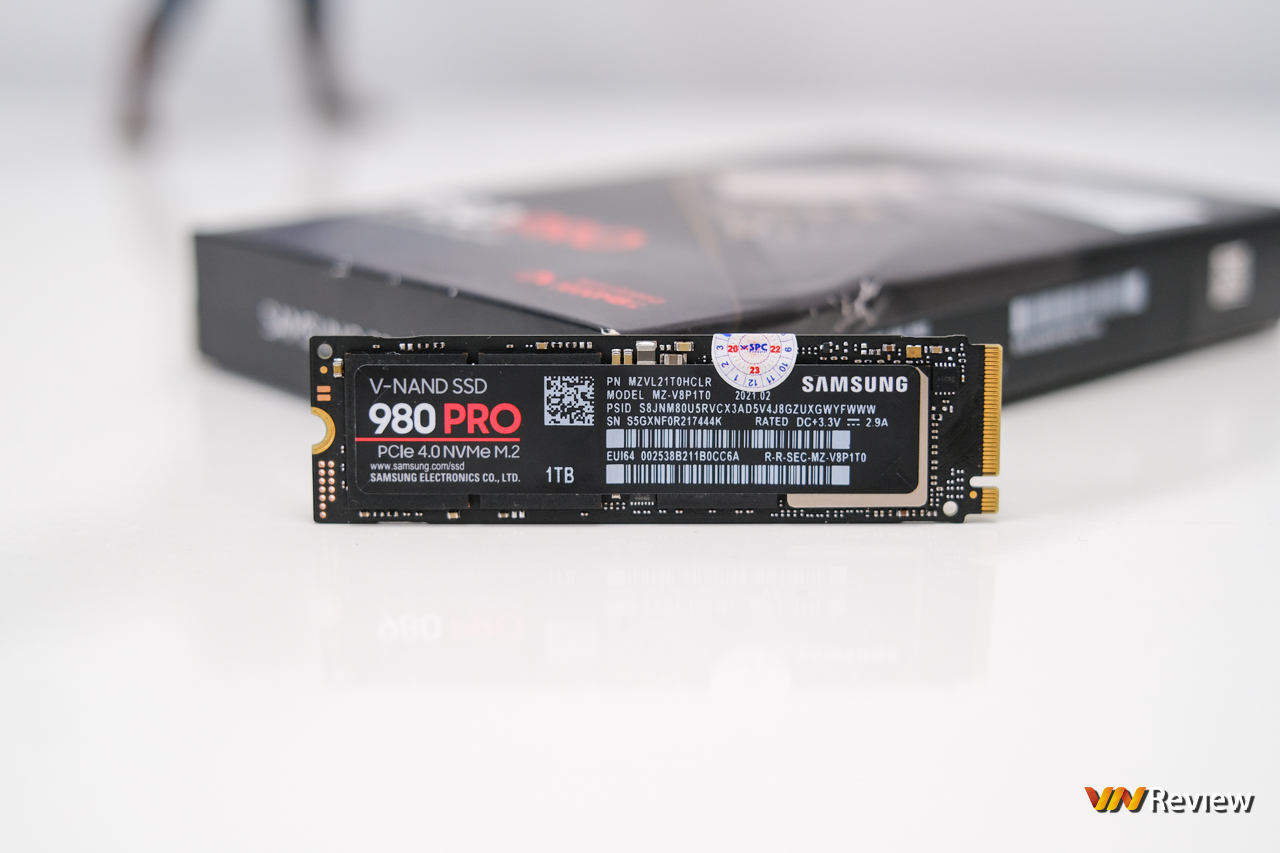 Overall, the Samsung 980 Pro is like a “beautiful, better” version of the 970 EVO Plus model. The 980 Pro is still designed according to the M.2 2280 form-factor, with a black and gold board – the usual color of flagship products.

With the 980 Pro, this is the first time that a Samsung flagship SSD model does not use 2-bit MLC flash memory chips. Instead, it uses Samsung’s latest 3-bit TLC flash memory chip to save costs. But with the Samsung Elpis controller and support for the PCIe 4.0 protocol, the 980 Pro still ensures a super high level of performance along with 256-bit AES encryption for both gamers and users. 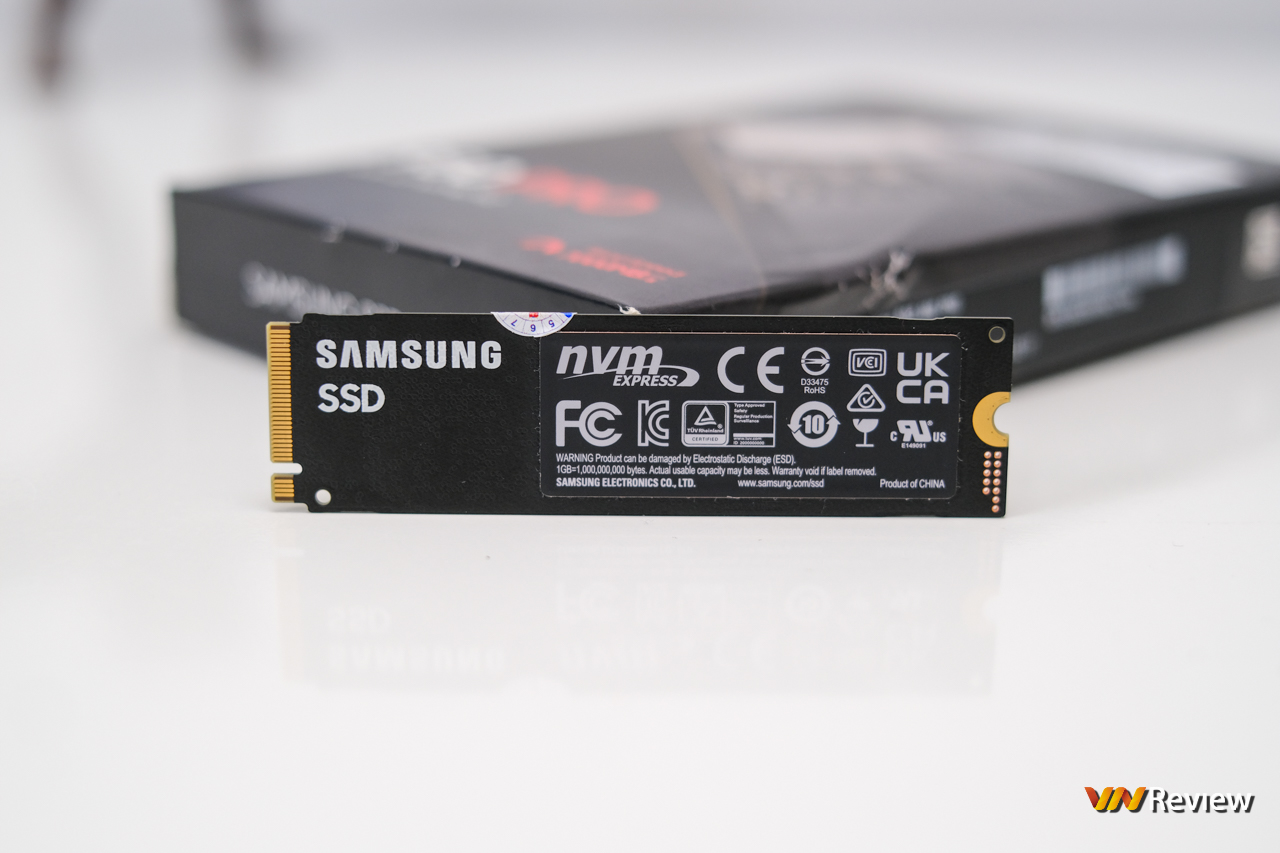 Compact size but possessing high speed, Samsung 980 Pro will definitely generate a lot of heat. To keep the drive cool and at the same time avoid deceleration due to overheating, Samsung continues to use a copper heat sink at the rear of the 980 Pro. In addition, the Elpis controller is also covered with a layer of nickel, which according to Samsung helps to improve heat dissipation by about 7%.

In terms of features, Samsung 980 Pro is integrated with Intelligent TurboWrite 2.0 technology that increases burst speed and enables high-speed recording for longer periods of time. However, like on other SLC cache mechanisms, the 980 Pro’s write speed will gradually decrease as the cache gets close to full. 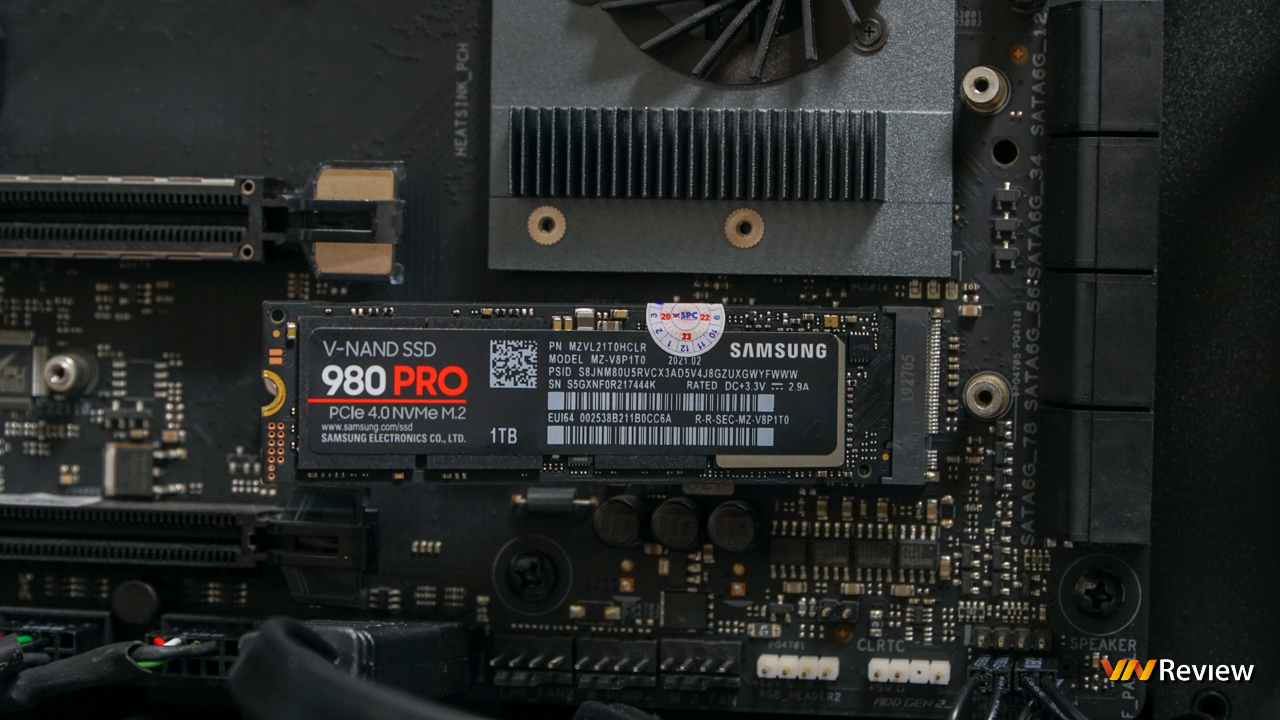 Testing the performance of Samsung 980 Pro, VnReview used the system with the following configuration:

The first test is the actual data copy task. VnReview uses a data folder consisting of a 4K video file with a capacity of 20GB, the Cyberpunk 2077 game installer and the Valorant game installer, with a total size of about 100GB. Samsung 980 Pro maintains a speed of about 2.3 GB / s, near the end it drops to 150 MB / s, then increases again to 1.7 GB / s until the end of the copying process. 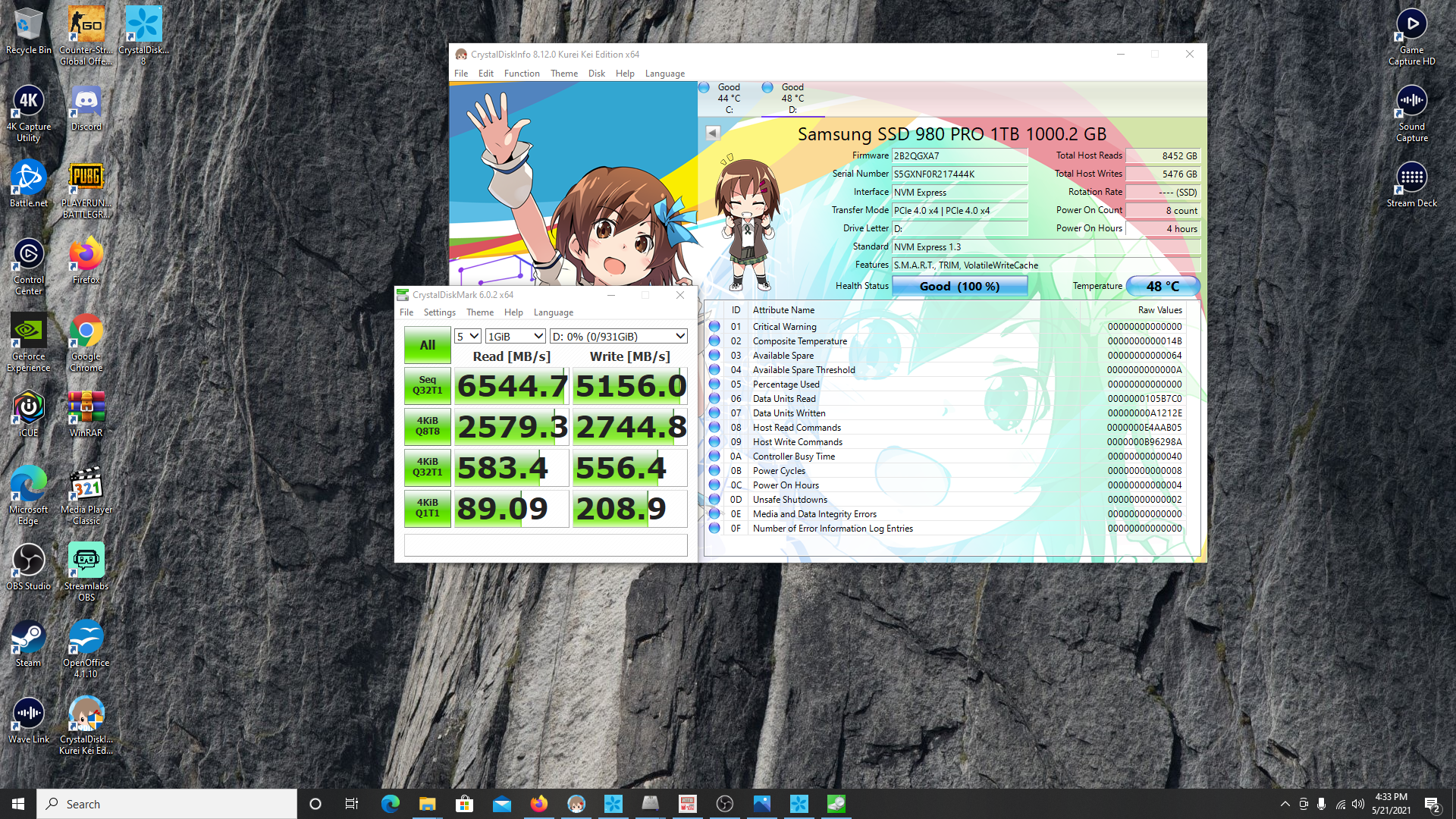 Next is Crystal Disk Mark, the most popular and intuitive hard drive benchmark tool today. This is also the application used by most hard drive manufacturers to announce the read / write speed of their products. With this tool, users will need to care about two results: sequential read and write speed (top line) and 4K Q1T1 random access speed (bottom line). 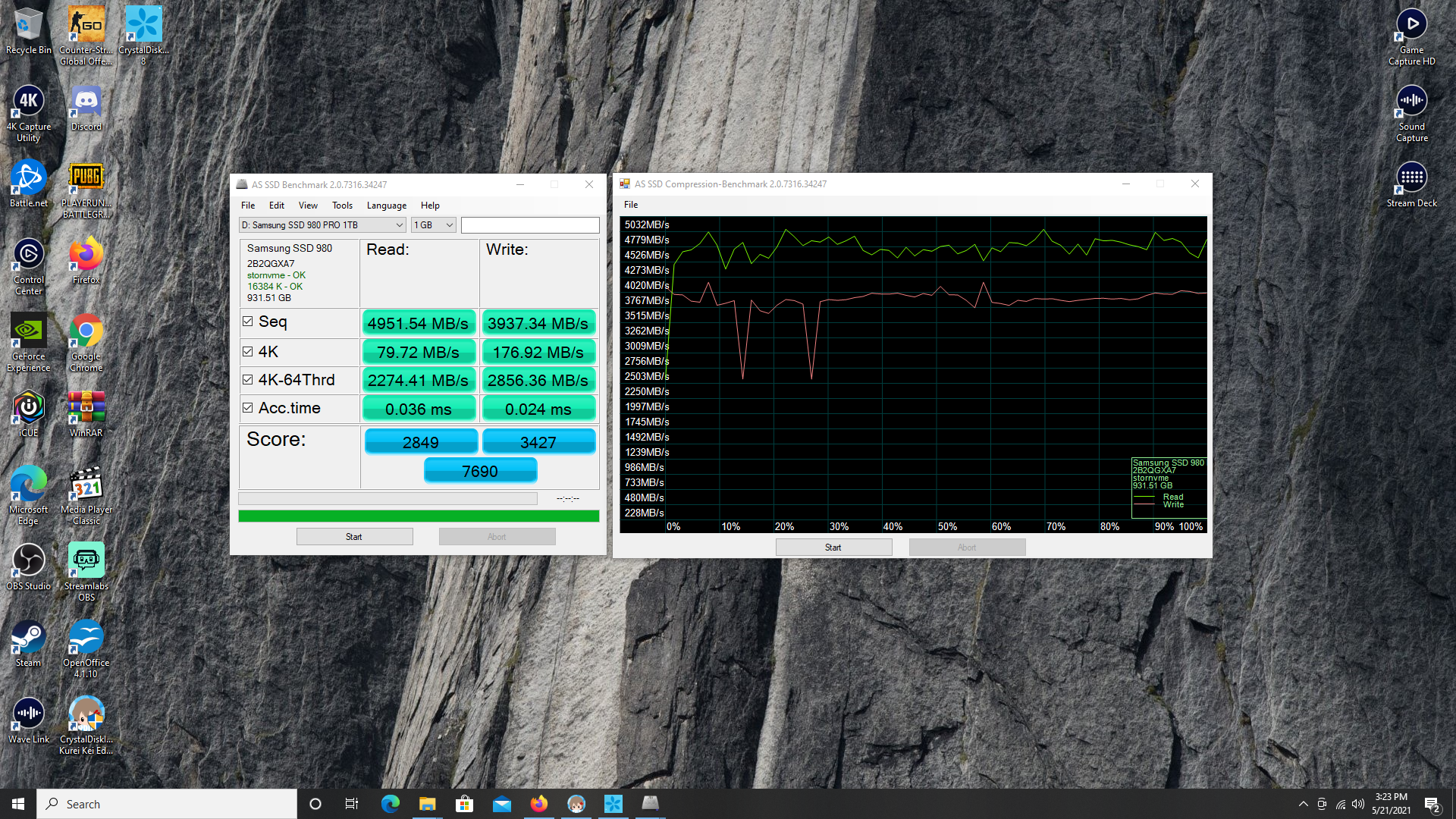 Next is the AS SSD benchmark software, which is said to more accurately reflect the speed of the hard drive than Crystal Disk Mark because it uses incompressible data instead of compressing it, so the speed will be lower. The overall score of the Samsung 980 Pro is 7690, with sequential read/write speeds of 4951.54/3937.34 MB/s.

AS SSD also has another tool, Compression Benchmark, which measures the data compression speed of the hard drive with compression levels from 0% to 100%. In theory, the ideal result is 2 green and red lines corresponding to the read and write speeds of data as straight and as high as possible, indicating the stability of the controller. With the Samsung 980 Pro, both read and write lines are relatively stable, without too many fluctuations throughout the benchmark process. 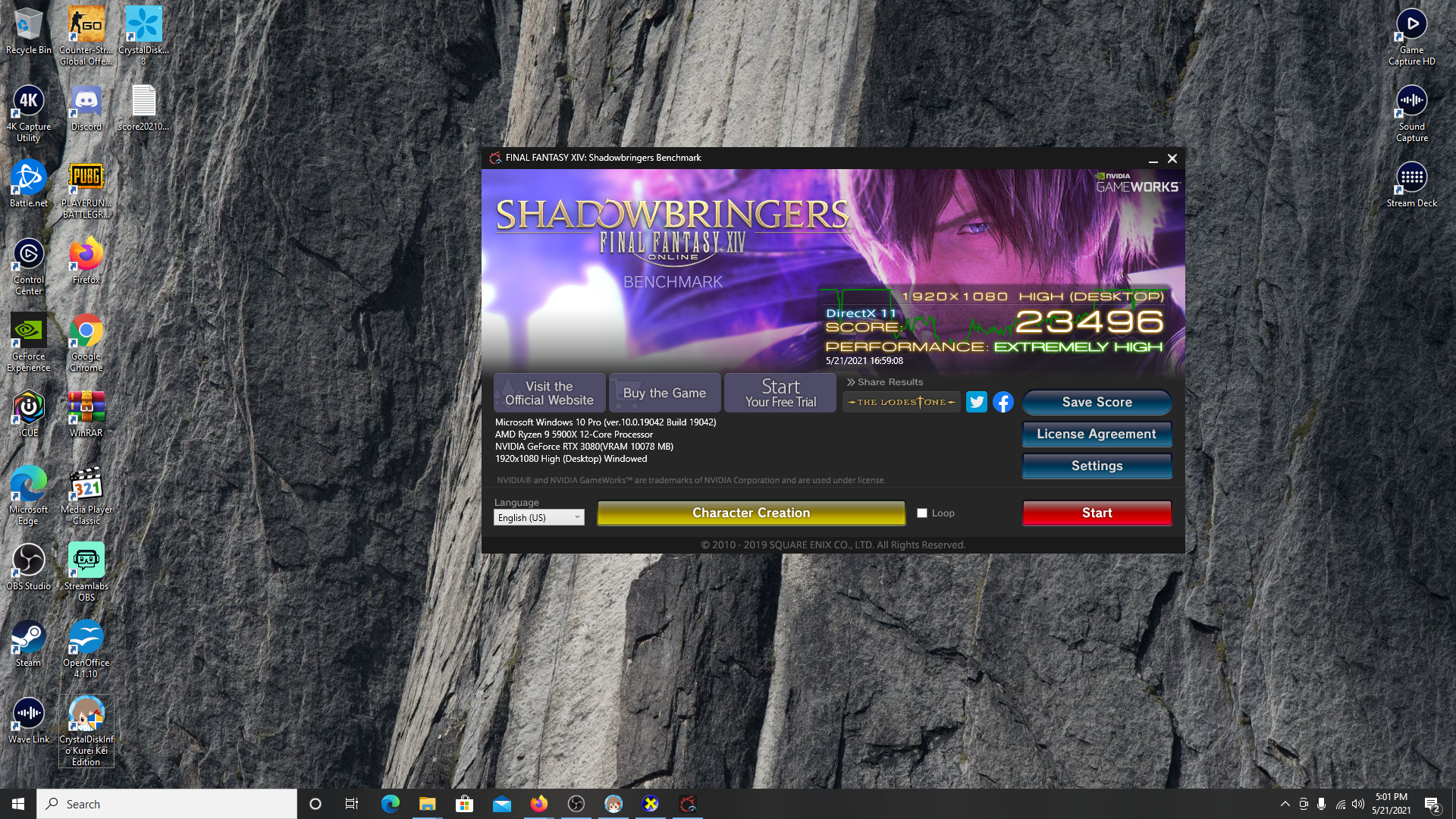 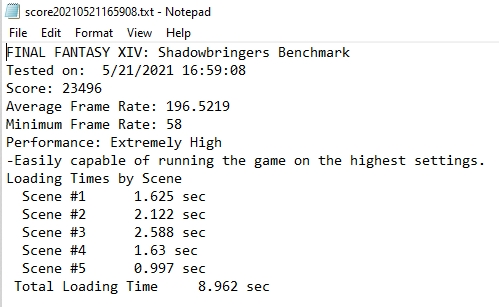 The operating temperature of Samsung 980 Pro is around 45-46 degrees Celsius when benchmarking, this is possible because the writer used the NVMe heatsink available on the motherboard. If possible, the writer will update the actual temperature of the SSD when not using the heatsink. 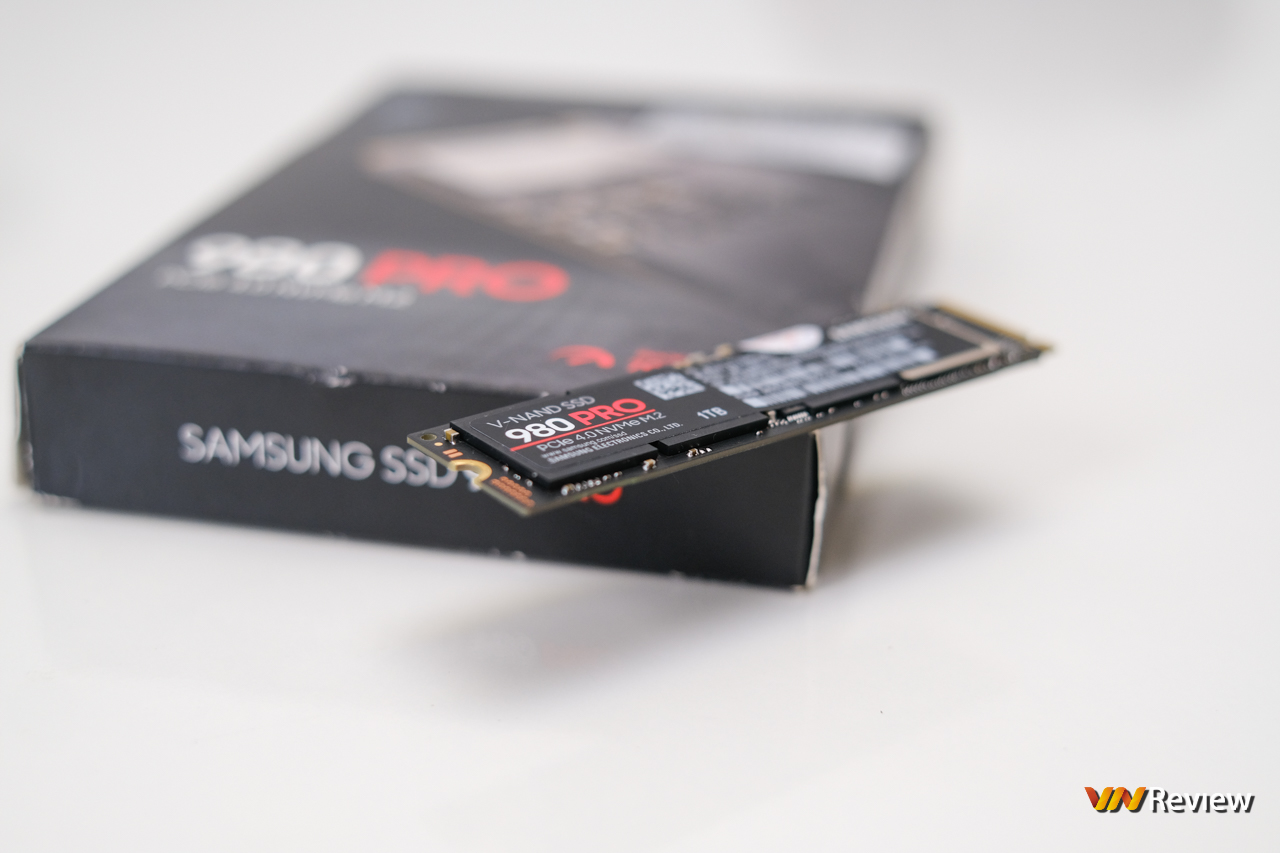 The Samsung 980 Pro is clearly worth choosing if you are looking to jump into the PCIe 4.0 technology race. Not only fast data retrieval, Samsung 980 Pro also significantly improves game loading speed, so any user will be suitable. However, there is a significant barrier that computer hardware that fully supports PCIe 4.0 is still small, only AMD has launched its products and Intel is still showing short of breath. In a time when computer components are expensive due to a global shortage of chips, it is clear that upgrading computers is not an easy challenge to overcome.