The Coma 2: Vicious Sisters is a sequel to the survival horror game The Coma: Recut due to the same context, but the content route is newly built and comes with some gameplay improvements.

The Coma 2: Vicious Sisters inherited many strengths in the gameplay design of the previous game, combined with scaling in many aspects. The first plus point of the game is friendly to new players who have never experienced the remaster The Coma: Recut or even the original version of The Coma: Cutting Glass. You do not need to experience a “heart attack” in the previous game to understand the content before experiencing this new game. Instead, the game will have quick flashbacks of previous events, making it easy for new and old players to access the series.

Content in Coma 2: Vicious Sisters takes players to the new character Mina Park, a high school girl at Sehwa High School with a lot of thoughts in life. After a close friend of the opposite sex was hospitalized due to an accident, Mina’s life began to have the turmoil the girl faced. One day, the protagonist accidentally stepped into Coma space, where the whole world became frightening with corpses that could no longer see figures and souls wandering everywhere. While the horror was at its peak, a “pitiful face” appeared and the hide-and-seek began. Your task is to help Mina learn about the top of the world and above all, escape the scary space to return to her world.

The basic experience in Coma 2: Vicious Sisters is not much different from the first part of the series. The discovery factor with the horizontal screen landscape play style of 2D screen still plays an essential role in the new game. From discovery and interaction, players will gradually discover secrets and collect the necessary materials to create traps or weapons to help “confront” the enemy in a certain aspect. This element is also backed by a rather special graphic style that has a high level of detail in Korean manhwa-style transitions. Combined with the “steady hand” rhythm of the story and the feeling of “surprise yet” creepy presence quite often, all contribute to creating a stressful atmosphere throughout the experience.

From the start of the experience, Coma 2: Vicious Sisters did a pretty good job of guiding the basic gameplay mechanics with some small, but interesting additions to Coma: ReCut. The most noticeable highlight is the “hide and seek” mechanism, now added with a QTE-style mini-game, which requires you to press a series of buttons that appear on the screen to help the character hold their breath. A wrong click will cause Mina to be discovered and the “hide and seek game” then adds even more tension or leads to an unexpected ending. However, it is worth complaining that this QTE segment often displays “surprised” without any warning, making me very often mistakenly mistakenly manipulating QTE when pressing the “watch me” button to prepare. have the character run away from cover.

Not only that, when performing QTE, there is no accompanying sound to indicate that you are pressing the right button. Although the latter is also familiar and does not let the situation quite annoying, but from the perspective of the player, I think the developer should integrate the feedback feature when interacting QTE. The simplest is to use the sound emitted before and when the player manipulates on the keyboard, or force feedback feature when experimenting with the handle. The purpose is to warn players and let them know whether or not the QTE interaction has been recorded, avoiding the unforeseen mistake that can accidentally ruin the experience, especially when Mina is inherently incapable of fighting. The duel was a disadvantage against an increasingly aggressive enemy that “wtf” later.

“Support” for enemies increasingly “clumsy” and easy to make players “play” in the experience are vending machines, allowing you to use the collected money to buy support items. Worth mentioning, not only the amount of “gleaned” is also quite good but even the save game points are scattered quite thick, so does not cause many difficulties in survival factors. However, it also inadvertently made the experience less scary, which I am not sure if this is the design intent of the developer, especially after the Vambrace: Cold Soul’s experience of the same developer. . Although this is a slightly different deviation due to different genres, but Coma 2: Vicious Sisters brings a much easier game experience, although the tempo of the play is still similar.

Initially, the enemies in the game were just enough to “scare a little bit of play”, but the later the difficulty increased quite quickly, pushing the stress level up quite high. Even the pace of the game has an interesting change, getting slower and inversely proportional to the challenge level. Experience Coma 2: Vicious Sisters not only requires you to pay attention to the interaction of the environment, but also to listen to the footsteps of the enemy to avoid the case of entering the death gate if you run “too fast, too dangerous, ”quite dramatic, while enemies were waiting at the end of the corridor. However, the biggest minus point of the game lies in the screen design, even though the locations with completely different background scenes often create a sense of similarity in texture.

The puzzle aspect retains the same formula, essentially requiring you to run away to find the key and push the player into more exploration. The puzzle often forces you to read the clues and find items in a certain “dark room”, creating an opportunity for the enemies to play the “gossip” of the main character that makes the player a freaking surprise. This technique is not new, but thanks to the elaborate and complementary gameplay design, it is always effective in creating a sense of tension throughout the experience. From the perspective of the player, I feel that the Coma 2: Vicious Sisters is quite balanced in the gameplay design, perhaps for the player to focus more on the storytelling element and the atmosphere of horror. This is also the biggest plus point in the game experience. 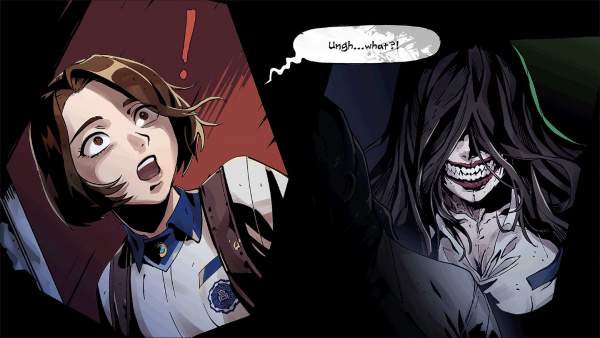 After all, The Coma 2: Vicious Sisters provides a terrific survival experience with some improvements in many aspects compared to its predecessor, though small but very worthwhile. If you like the stressful “heart attack” feeling, this is definitely a name you shouldn’t miss. Even if you support the game at the time of Early Access, the official version also “saved” some interesting surprises that enhance the playing value waiting for you again. 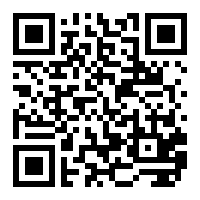 Post Views: 43         | Published: Saturday, October 5, 2019, 14:40 [IST] OnePlus 7T is likely to get a Pro variant as suggested by the leaks earlier. Recently, an HDFC offer page listing indicated a launch in the mid of October. Now, it seems that the company might finally introduce the device. […]

Post Views: 458 Honda XR150 L 2017 European standard export products with sales price of over VND 60 million have returned to Vietnam. This is due shipment Central Motor School Import in bulk, according to the store: Price XR150 L 2017 more than 60 million excluding VAT and fees + import taxes on Vietnam. For […]