Although the price of the old Ford Everest 2011 is quite “soft”, suitable for those who love SUVs but modest budget, but whether this car model is too old, over the years is still strong?

Ford Everest is a 7-seater SUV that the American automaker makes specifically for the Asia-Pacific market. This versatile vehicle is named after the highest mountain in the world with the implication of superior strength, the ability to conquer the terrain located in a car. Up to now, Ford Everest has a history of more than 10 years in Vietnam market and achieved significant success in the 7-seat SUV segment. 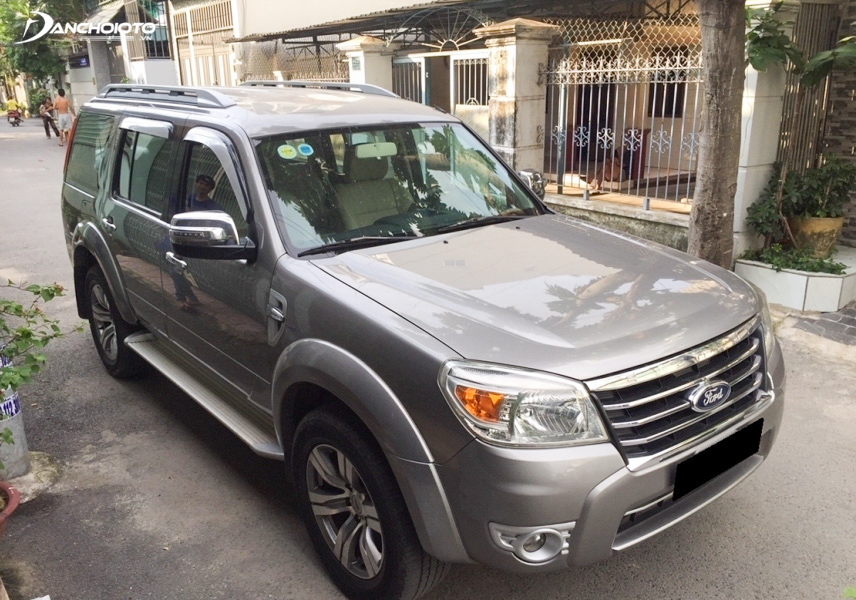 Ford Everest 2011 is one of the first cars to be available in Vietnam. Compared with the price of old Fortuner car, Everest car price is “softer”. Despite many years of use but the Everest engine is still quite durable, certainly chassis typical of American cars … But what about the other details? Old 2011 Ford Everest is too old to buy?

Review the old Ford Everest 2011 on the exterior

In terms of appearance, compared to the elegant and gentle appearance of Japanese and Korean SUVs, the representative from the US – Ford Everest 2011 brings more youthful, healthier and “more roomy” beauty. The lines are more square, more angular with later versions but the dynamic, sporty and unmistakable look.

The top of the old Everest is still featured with a trapezoidal grille featuring shiny chrome-plated bars, the top bar engraved with the word “Everest” to create a modern feel, connecting the two sides of the light rounded headlights. The body feels solid with embossed details, seamless panels and 18-inch dual-spoke alloy wheels. The rear of the American SUV is fitted with a “Vietnamese” appearance. 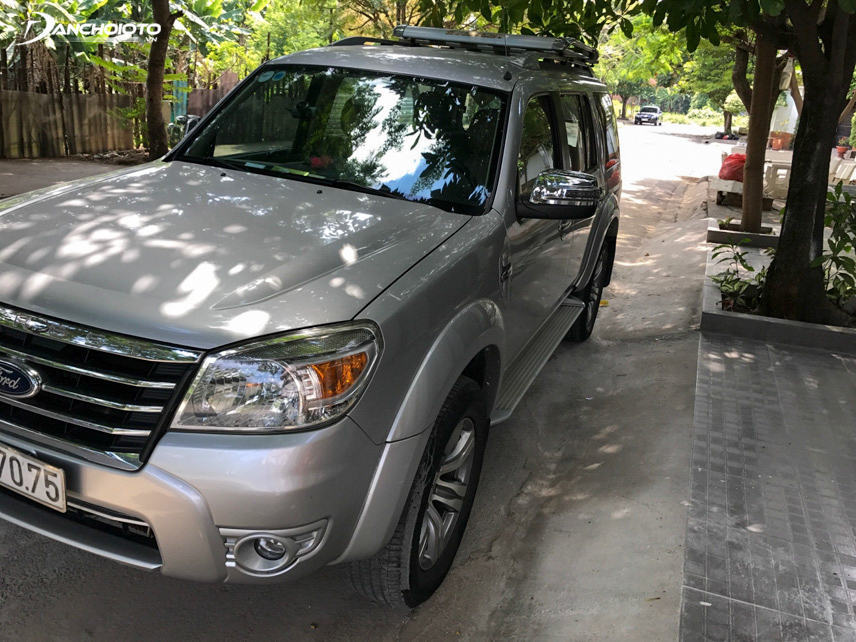 When buying an old Ford Everest 2011, what many customers are concerned about is the car looks “delicious”. In fact, with any car, if the owner uses it properly and carefully maintained, the car will still be in new condition. Moreover, Everest has a solid chassis and tires, good strength, not easily deformed or rusted.

Looking closely on the body of the car is only the part of the door that is prone to rust due to rainy weather, but this point is very easy to handle and completely not worrying. However, car buyers also need to consider carefully to make sure the car is not refurbished or repaired after the collision.

Review the old Ford Everest 2011 on the interior

Judging by the old 2011 Ford Everest in the interior compartment, we can see that the spacious and comfortable advantage has been present on the cars from these older generations. With pretty good size parameters, Everest “pleases” customers with the inner space “vast”. However, compared to the front two rows, the third row is quite modest, only for children and if using this seat, there is almost no space for luggage.

Limited edition of Everest 2011 is equipped with soft leather seats, overall interior compartment using the main beige background. The wood paneling, leatherette are present in many locations to increase the elegance and modernity. However, the design lines are still quite monotonous, mainly towards practicality, so it is not too elaborate as on the Japanese and Korean rivals. 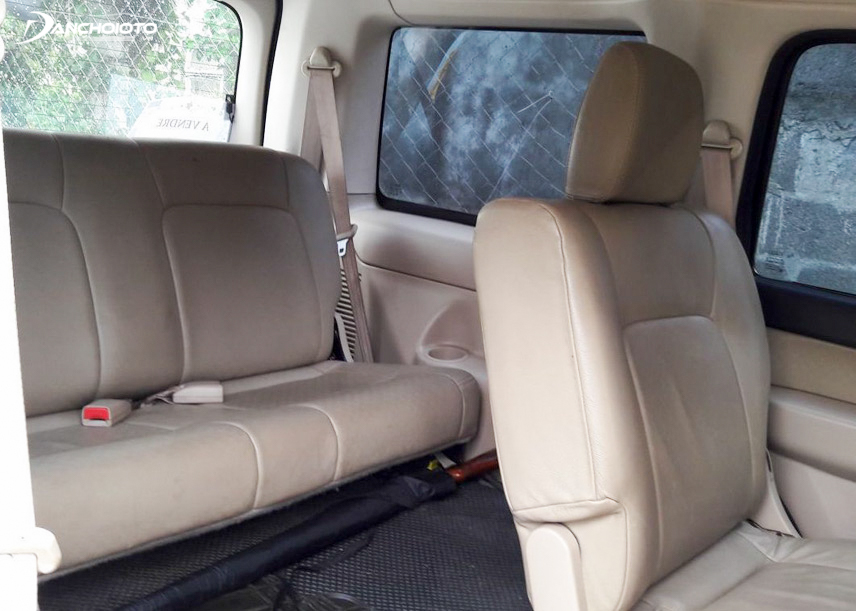 Judging by the old Everest 2011 in terms of comfort equipment, it can be said that this is a rather poor SUV. Vehicles provided with just enough equipment, in this regard, the American car proved inferior to many rivals. The infotainment functions are transmitted via the CD player, USB / AUX connection port, Radio. 2-way air-conditioner, 3 air outlets distributed in each row bring quite a good effect. After a period of using these facilities still operate effectively, many car owners have upgraded their equipment to serve the needs of entertainment and relaxation on the vehicle.

Durability, performance of the engine is the point that most old SUV buyers buy top concern. In particular, with a diesel engine SUV like Ford Everest makes even more people suspicious. Because the characteristics of this engine line is heavy, loud bang, life is not high. Cars with diesel engines that are not manufactured using modern technology are usually unavoidable after a period of use.

However, with the 2011 Ford Everest, some old driving experiences show that despite having traveled 80,000 km, the engine of the car is still almost no sign of degradation. In addition, compared to many old cars that have gone through the journey of about 40 thousand km, Everest still runs smoothly and strongly. 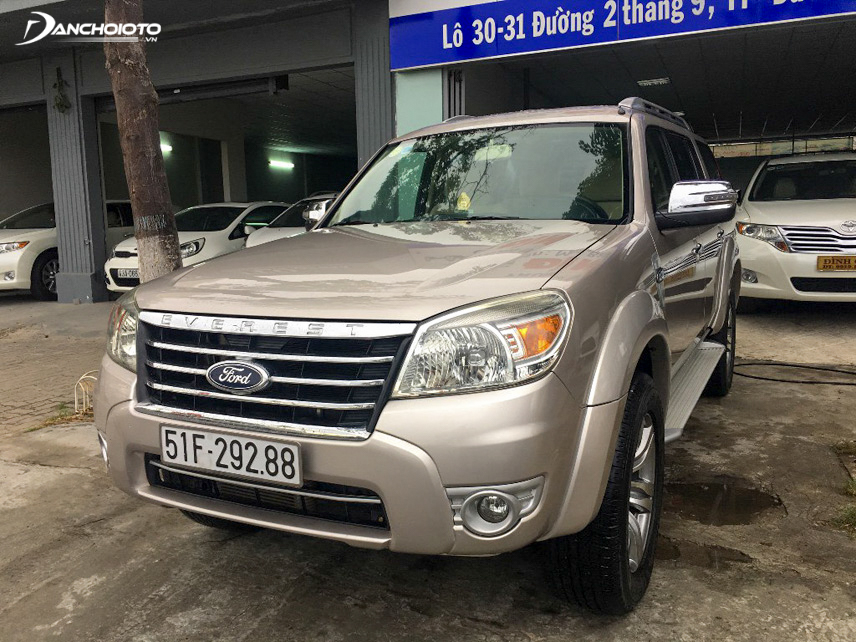 After using about 8,000 km, engine oil of Everest 2011 has not shown signs of degradation

The power of the 2.5 liter TDCi engine block with a capacity of 141 horsepower and 330 Nm is still evident in the acceleration. In particular, when it starts in the morning, the Everest still does not emit black smoke like many other diesel engines, which proves the reliability of the engine is completely reliable.

The downside of the old Ford Everest 2011 is the loud engine noise and is very uncomfortable from the start, but this is also the inherent characteristic on this car, even on new cars. In addition, when traveling at speeds of 60 km / h or more, this drawback is significantly limited, the sound emitted from the engine compartment is not abnormal, users can also turn on the internal speakers. cars to drown out the noise. Another noteworthy disadvantage that experts evaluate the old 2011 Ford Everest is that the car “burns” fuel quite quickly.

Safety is something that SUVs always value above all, especially for an American car company that emphasizes safety like Ford. This manufacturer makes a thorough investment, providing its SUV with important features such as standard airbags, 4-wheel disc brakes with ABS and EBD electronic brake force distribution. .

The old Ford Everest 2010 – 2011 cars, if carefully preserved, not damaged or deformed, rubbed too much due to collisions, are valued at VND 400 million. Can be seen thanks to the “hot” of SUVs in recent times, along with specific advantages, the old Everest keeps a very good price. 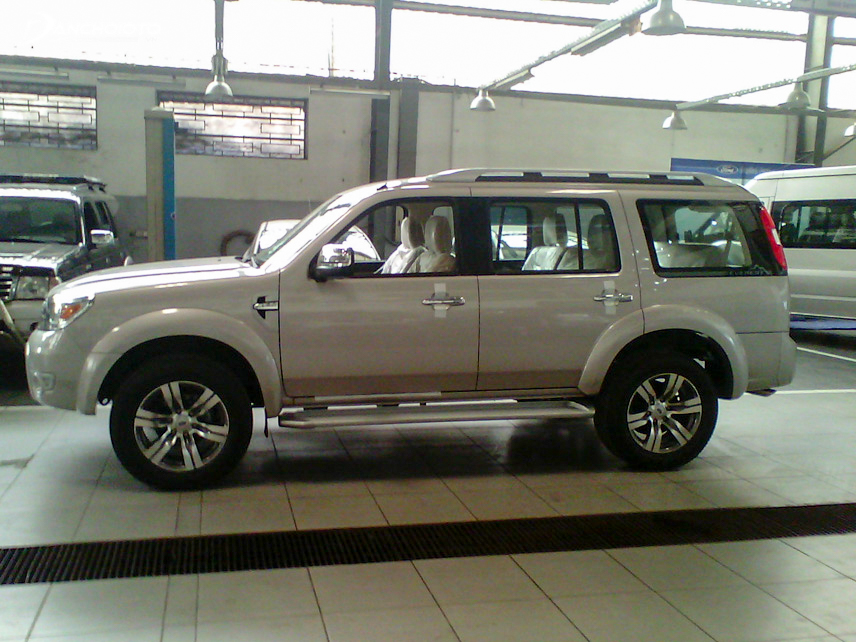 If you are planning to buy an old 400 million SUV, the 2011 Ford Everest has a modern design, a strong and durable engine, and is the safest car in the segment will be a consideration. However, buying a used car needs to be scrutinized, so it’s best to test drive it to make sure it’s quality before deciding.