Launched in late October, Asus Fonepad 8 (FE380CG) is the latest version of the tablet line with calling and messaging functions launched at the end of the year to contribute to increasing the choice from Asus. Therefore, VnReview has received many requests from readers to rate this tablet so that they have more information before deciding to buy the tablet.

Fonepad 8 is priced at 4.99 million VND, belonging to the segment of low-cost mid-range tablet but equipped with many notable features such as dual speakers on the front, dual SIM support, configuration and performance. quite functional and slim design, thin screen border.

ASUS Fonepad 8 (FE380CG) features a sophisticated, modern design. Thanks to the short width of only about 12 cm, 5.06 mm thin screen edge, this tablet model looks quite “mi mi”, easy to hold with one hand. Thick body 8.9 mm and a moderate weight of 310g, making it easy to carry around. 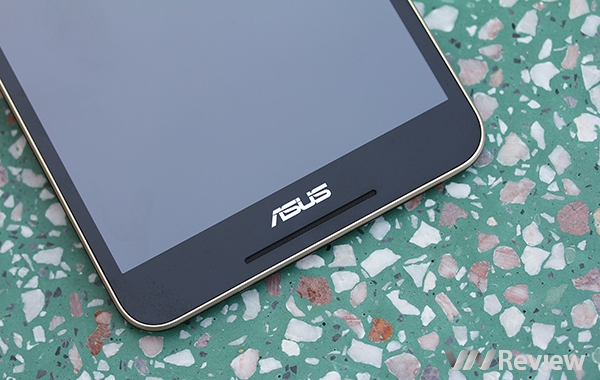 A noticeable difference in design from the previous generation is located in the speaker slot below the Asus logo on the front. Two front-facing speakers form a pair of stereo speakers similar to the BoomSound speakers on HTC phones. Because the speaker is lower than the front, it seems easy to get dirty and difficult to clean during use.

The front of the device has an 8-inch screen, thin bezels on both sides. According to Asus, the screen accounts for 72% of the FonePad 8 front surface area, higher than the average rate of about 60% in its segment. However, due to the thin bezels on the sides, the upper and lower bezels are thick, giving the feeling that the device is a bit long, unbalanced. 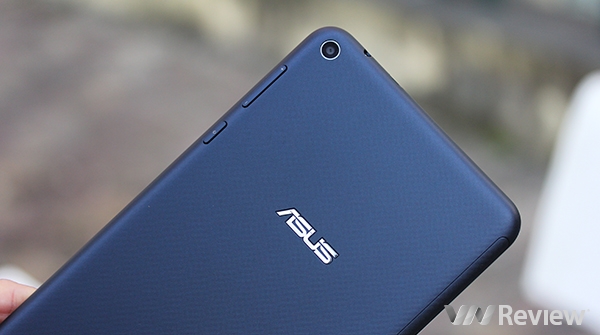 The back of the machine is made of plastic with many small holes, smooth and does not stick fingerprints. The small dots on the back of the device are reminiscent of a Samsung Galaxy Tab S 8.4 or Samsung Galaxy S5. Camera is placed completely to the left corner, no flash assist light. 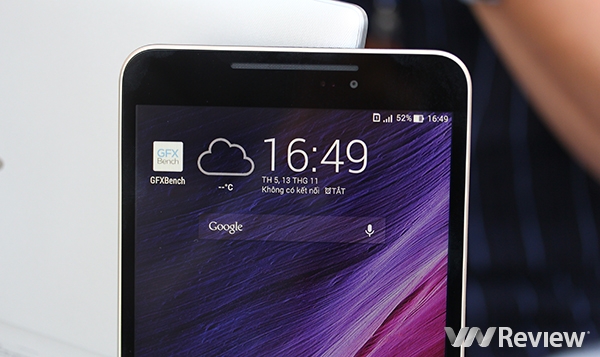 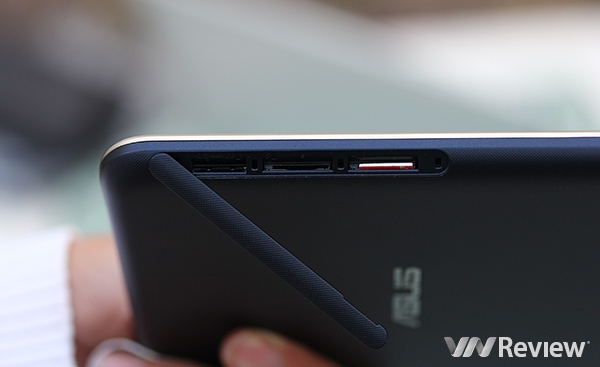 The left side has a regular Sim slot and a microSD card with a protective cover.

Fonepad 8 supports calling and 3G connectivity, on the body has 2 standard MicroSIM SIM slots. Next to the top of the device is a headphone jack, microUSB charging port. 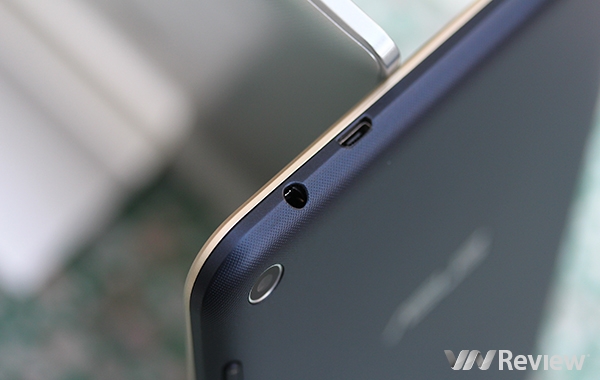 Compared to the Fonepad 7 launched last year, the screen resolution of Fonepad 8 remains the same as 1280 x 800 pixels, the pixel density of 189 ppi. Due to such a modest resolution, the display image is not sharp, but this is also a common problem for low-cost tablets. 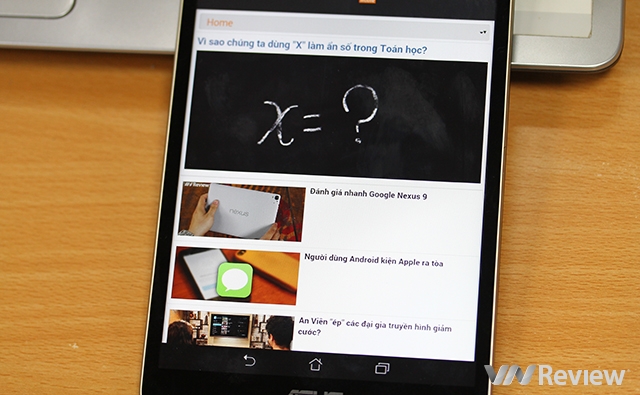 During the actual use, I found the display quality of the screen is not so bad, meeting the needs of normal use. It has a wide viewing angle, less color changes, somewhat better than the Fonepad 7. The ability to reproduce colors is also good so the screen feels real, easy to see. In addition, despite being advertised as an anti-fingerprint coating screen, I found that the screen of ASUS Fonepad 8 also adheres to fingerprints, quickly dirty if not cleaned regularly.

When using specialized equipment to measure the display quality of the screen, ASUS Fonepad 8 has a maximum brightness of medium (335 nit) but the ability to display black is quite good, so the machine has good contrast at 1654: 1. With the basic colors, the machine is very realistic and the screen does not tend to renders blue as many other cheap tablets.

Ability to display basic colors: The bottom is the standard colors and the top is the color shown on the screen.

Ability to display grayscale: the bottom is the standard non-standard colors and the top is the color shown on the screen 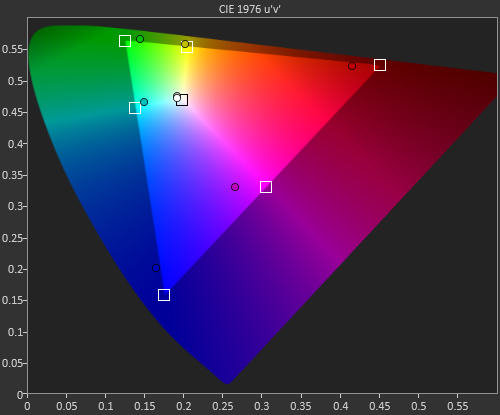 Asus Zenfone 8 uses the latest Android 4.4 KitKat operating system with an intuitive ZenUI interface. Swiping from the top to the left will open the notification bar, while swiping to the right will display a convenient quick setting bar.

It has a lot of Asus built-in features such as: What’s Next has the same function as a book to organize, manage, alert jobs; ZenLink is a convenient collection of communication methods that share this tablet’s data with other devices; Open Cloud to link with cloud sharing services One Drive, Google Drive; Power Saver helps save energy, cMiracast technology allows content to be transferred quickly … 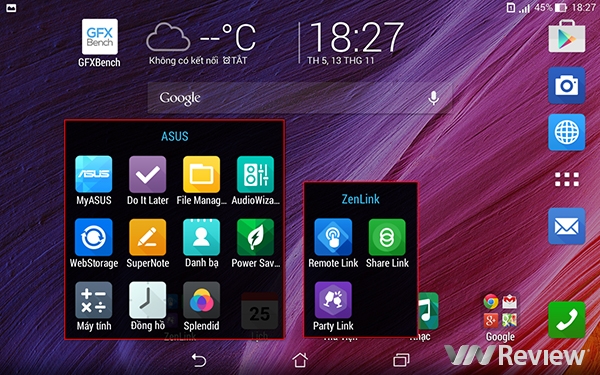 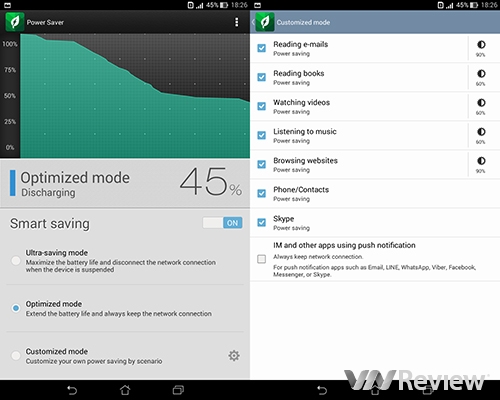 Besides, it is impossible not to mention an outstanding feature that the device supports 2 SIM slots, can use a call and a SIM SIM 3G.

Fonepad 8 is equipped with a new generation Intel Atom Z3530 four-core chip, 64 bit technology clocked at 1.33 GHz, image processing unit (GPU) PowerVR G6430. Practical use with basic tasks such as surfing the web, switching screens, making calls, messaging, contacts, watching videos, the device proved to be quite smooth, but also not superior to the previous generation. The difference is shown when the device turns on heavy applications or games, at this time Fonepad for faster loading time.

When using the Fonepad 8 performance evaluation application, the score is quite high. Specifically, it reached 12167 points with Quadrant and 26859 points in AnTuTu. However, due to only 1GB of RAM, the transitions in the game like Asphalt 8 or Dead Trigger 2 sometimes still appear a slight lag.

One of the features that makes the device more affordable is that it has a modest internal memory of only 8GB, of which there is more than 4GB for users so it is very lacking when storing or installing many applications. However, the device supports microSD memory cards up to 64GB so users also feel more secure.

Like its predecessor, Asus Fonepad 8 is equipped with two cameras with a 2.0 MP front camera and a 5.0 MP rear camera. Both cameras are supported with PixelMaster photography technology and many creative shooting modes but the quality of photography is only moderate, meeting the basic needs of sharing on social networks or video conversations. The camera of the machine is also not equipped with Flash to cut costs.

Here are some photos taken from the main camera of the machine, when clicking on the image to see the original image we can see the image is heavy, heavy noise. 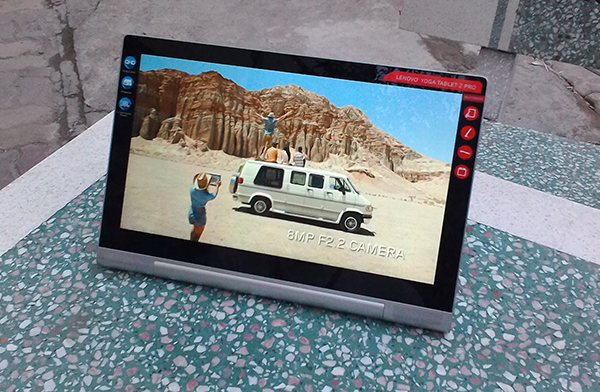 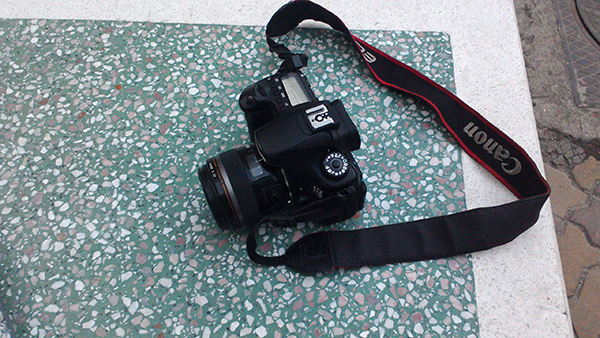 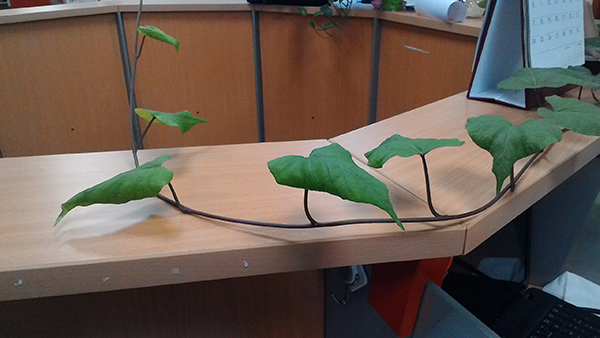 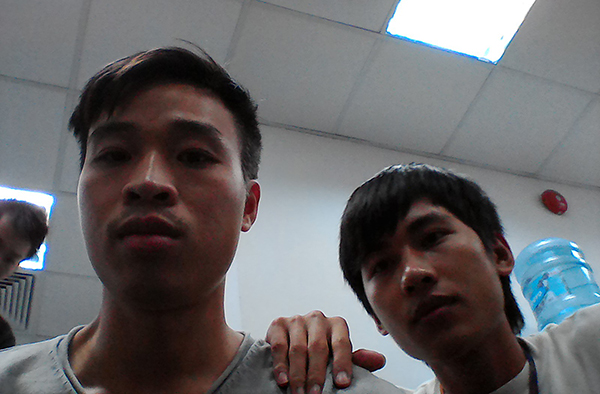 The quality of movie recording on the camera is similar to the quality of photography, nothing outstanding. It can record Full HD movies at 30 frames per second. Images with noise, ability to capture images in low light conditions are not good.

Fonepad 8 is equipped with dual speakers at the front, stereo and SonicMaster technology, which brings sound directly to users’ ears to enjoy songs, movies or games. Through practical experience, the loudspeaker set of the machine gives clear, separate sound when listening in close proximity but the volume is small, so people sitting far away about 2, 3 meters will not hear clearly.

In terms of conversation, the speaker of the device meets the volume quite well. I tested a number of conversations with the SIMs of the three operators Viettel, Mobifone, Vinaphone all found that the sound quality of the call and audio recording were okay. However, during the test of the battery life, many times the phone was interrupted for a period of 20 minutes without a known cause.

Users should also bring a headset to connect in case they use the device to make conversations, instead of holding an 8-inch tablet to hold directly on the ear.

It is equipped with 15.2Wh Li-polymer battery and Intel Atom Z3530 chip with energy-saving technology, so it can use for 10 hours continuously with basic tasks such as surfing the web, accessing social networks, watch movies sometimes, make phone calls, play light games

In our testing, the Fonepad 8’s battery life was 12 hours and 23 minutes from full charge to 10%, gaming time was 2 hours 57 minutes, movie time was 4 hours 28 minutes and browsing time is 6 hours 13 minutes. Overall, this result is quite good for a mid-range tablet.

Asus Fonepad 8 FE380CG is an 8-inch tablet with a compact, modern and sophisticated design. The device has decent performance, is equipped with two SIMs and especially supports good entertainment thanks to the bright screen, dual speakers for good sound quality.

Fonepad 8 has many versions with youthful colors and quite soft price. For young customers who want a versatile device, good entertainment and can call when needed, this is a good choice at the end of the year.