The cheap tablet segment has just added a new product from Acer, the Iconia Tab 7. This is a 7-inch screen tablet computer that can be called and texted by Taiwanese manufacturer to compete with Asus (Fonepad 7) and Huawei (Mediapad 7 Youth).

The Acer Iconia Tab7 sold in Vietnam in August for VND 3 million with two choices of black and silver. The product we use in the review is silver, from Hoang Ha Mobile system with priced at 2.85 million, slightly cheaper than the price announced by Acer.

Acer Iconia Tab 7 has the same design as the first generation Fonepad of Asus launched last year. This is a tablet that can attach SIMs to make calls and text messages like a smartphone. With the orientation of a low-cost machine, the body is made entirely of plastic, but the back cover is painted in fake silver so it looks sturdy and supports cheaper prices.

The front of the device looks very simple with mostly black (when the screen is turned off) with a thick border that makes the screen feel small compared to the 7-inch figure. The glass protects the screen glossy and easy to fingerprint. Although there is a thick upper and lower screen border, the three common touch buttons are not placed in the border but are located in the screen, making the screen usage area even smaller. 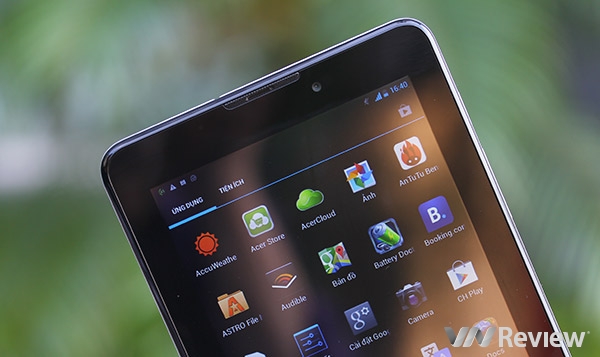 The edge on the screen has a speaker, the camera is 0.3MP in front of the camera, there is no shop sensor like many cheap devices to reduce the price. 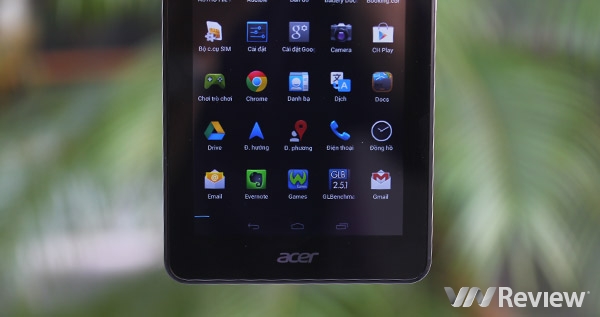 The Acer Iconia Tab 7 is quite thin (8.9 mm) and light (298g) in size, with four rounded corners, beveled edges should look slimmer and hold the palm of the hand but due to the slightly slippery surface, it is hard to avoid feeling holding the device with one hand is not sure. The back of the device proved less monotonous with the round camera protruding on the surface that looked very similar to the HTC One X. The rear camera of the convex camera should be easily scratched. The back of the back has a lid can be removed to insert SIM (standard SIM card) and memory card. 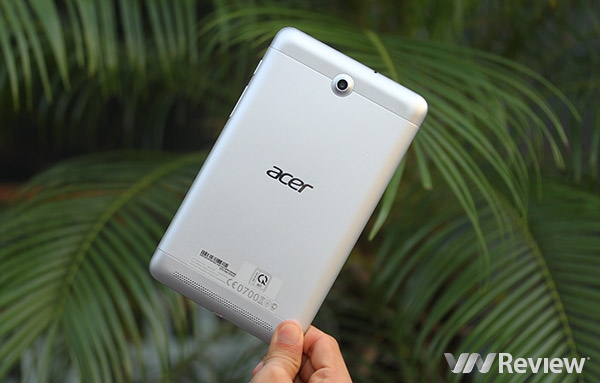 Right side has power button and volume control button. The hard buttons, which are tilted to the back but have enough thickness to press comfortably. On the opposite side is the MicroSD and dual SIM card slot area, with a general cover. Both SIM slots use MicroSIM standard. The machine we reviewed has 16GB of internal memory, and about 11GB is available for users to store data and install the application. 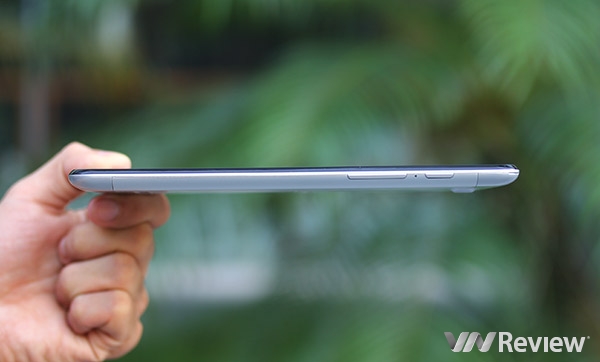 Power and volume keys on the right side 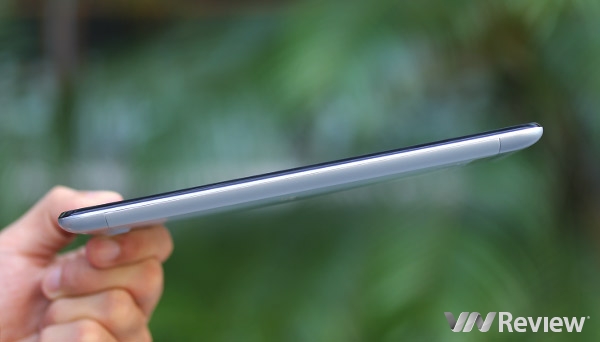 The left edge has no keys and no connection ports 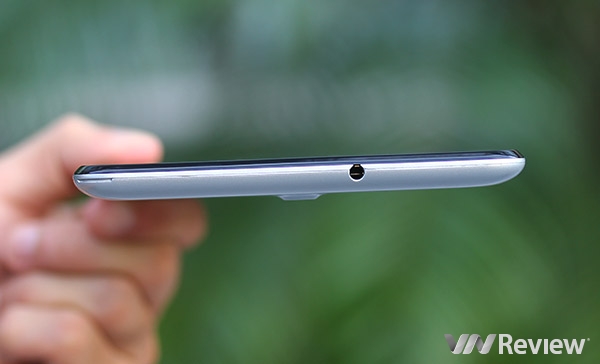 Audio jack on top of the device 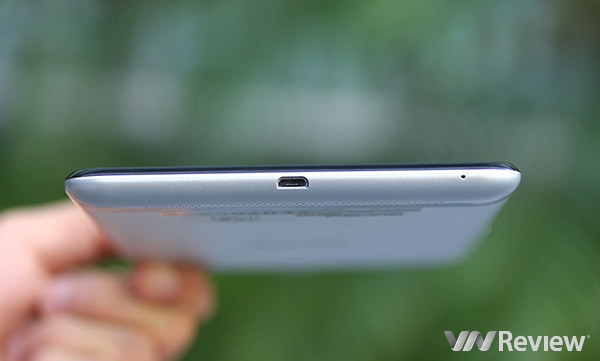 Micro-USB port on the bottom of the device

Acer Iconia Tab 7 has a 7-inch screen with a resolution of 1024 x 600 pixels and a low pixel density, 169 PPI. However, the device has a large screen, so we often look at a longer distance than smartphones, so the pixel density of 169 PPI still ensures that the content is displayed at a nice level even though the details are not smooth. When using reality, mThe screen of the machine has a good brightness but tends to show a slight blue hue and the display color is not standard.

Although using the IPS screen, the viewing angle of the device is not wide, the color and brightness are much changed if viewed from the left (when holding the camera horizontally). This will affect the need to tilt the screen like racing games. However, it must be said that for a low-cost device with 3G connectivity and calling, texting, other factors are only average which is acceptable. 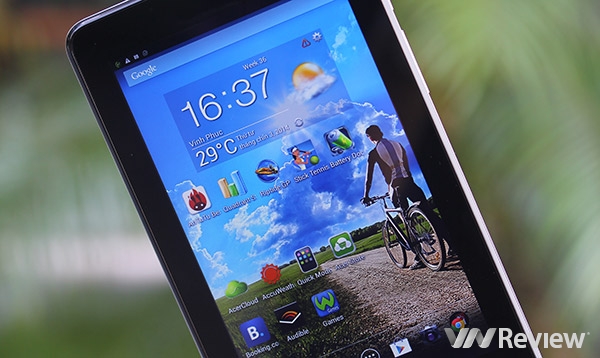 When using specialized devices to measure the display quality of the screen, the results of the Acer Iconia Tab 7 clearly show the weaknesses that can be seen with the naked eye. The machine has a good maximum brightness (377 nit) but the visibility is poor and the contrast is not high, so the colors displayed are not impressive. With strong colors, the machine shows more faded and tends to haunt green.

The ability to display basic colors: Below are standard colors and above is the color shown on the screen.

Gray scale display: the bottom is standard non-standard colors and above is the color shown on the screen

It uses Android 4.3 Jelly Bean operating system with a simple software interface. In addition to the basic software applications of Google for Android, Acer has been included in several separate applications including AcerCloud, AcerStore (unopened) and QuickMode. 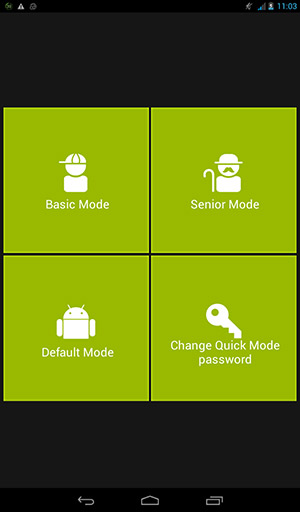 In Basic mode, you can only use the image capture feature as soon as you need it, there is a mail image there but nothing is clicked, the gear is adjustable in many machines, but before you have to enter the password The application's password has been set up at the first time when opening the QuickMode application. Basic Mode is suitable for children to play. 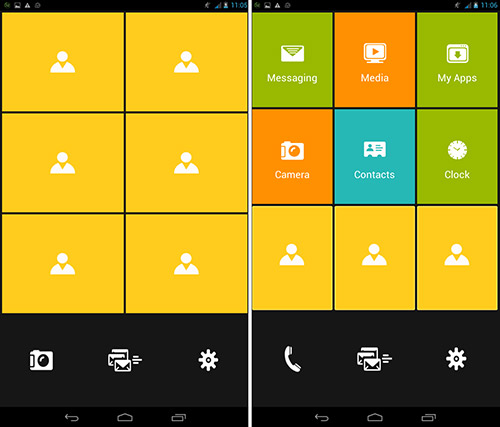 In addition to the convex design on the backside, the 2MP camera cannot expect much. In full-light conditions, the camera catches slow focus so images are susceptible to vibrations if the subject is moving or shaking hands when shooting. The image quality is temporary if taken from 2MP camera. 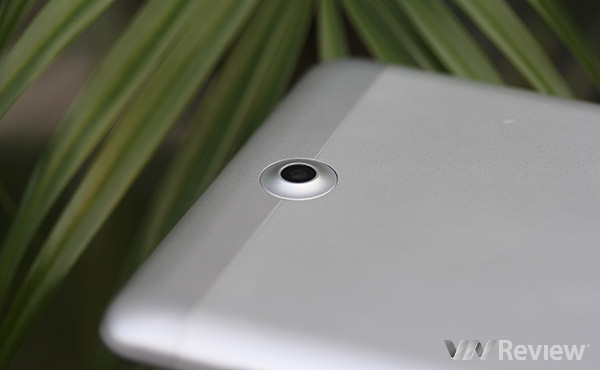 The camera has a simple user interface and has the usual shooting modes: panorama, landscape, color effect, exposure, white balance, timer … No wonder the camera does not support manual focus. and does not support face recognition. 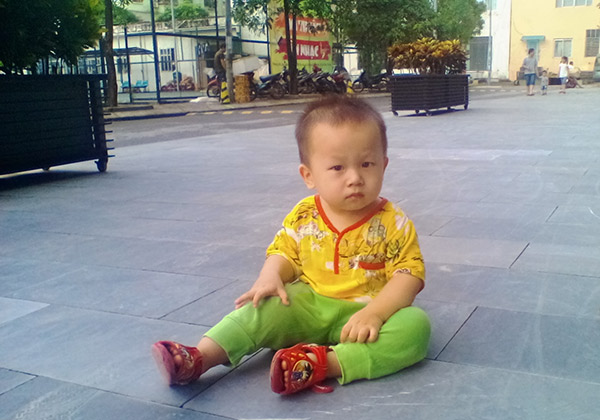 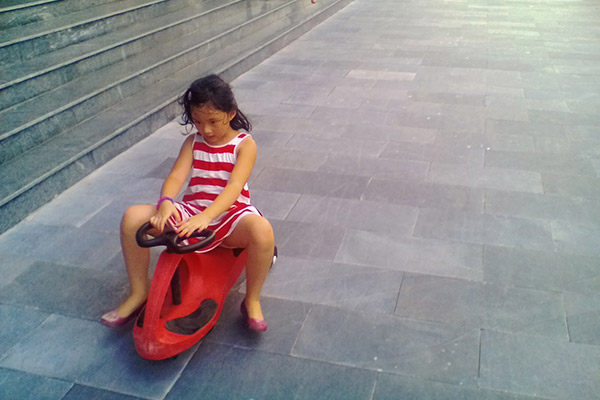 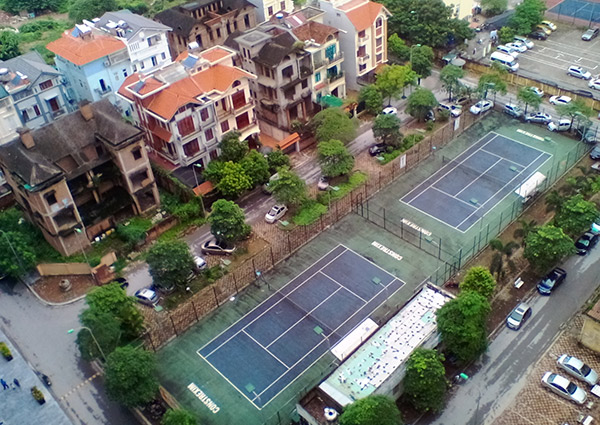 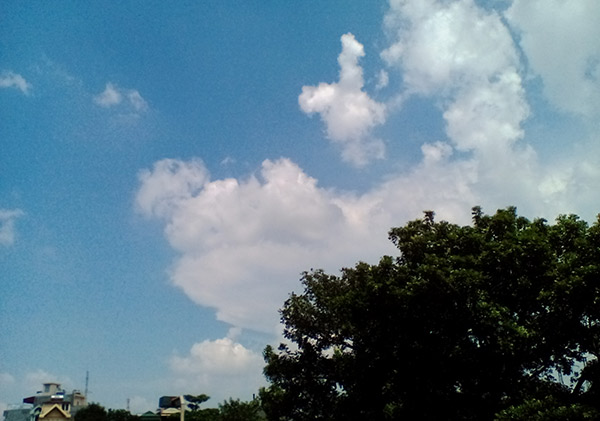 Clip taken from the device at VGA resolution

Acer Iconia Tab 7 is powered by Mediatek (Taiwan) quad-core processor MT8382 quad-core 1.3GHz, 1GB RAM, 16GB internal memory, with memory card slot expandable to 32GB. This configuration is inherently sufficient to meet the basic needs, in addition the screen resolution is not high, so the machine feels smoother. With common tasks when using, such as swiping the home screen, entering the calling mode, finding contacts … the device appears to be working properly. However, when opening heavy applications, or the process of surfing the web and pulling quickly, the machine appears laggy and jerks slightly.

Acer Iconia Tab 7 also plays heavy games like Asphalt 8 or Dead Trigger 2 at acceptable levels even though there are still laggy events when entering the game or the transition scenes require higher graphics. It also proved hot when used continuously for 15 minutes, especially around the rear camera area. In general, the device is not suitable for people who often need to play games but in situations where there is no better entertainment device on the side, this machine can be requisitioned as a temporary entertainment tool. pretty good. 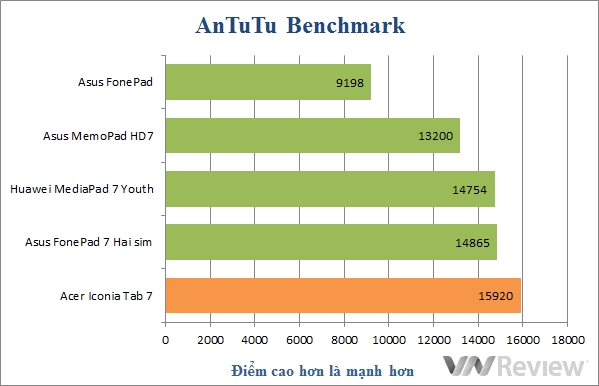 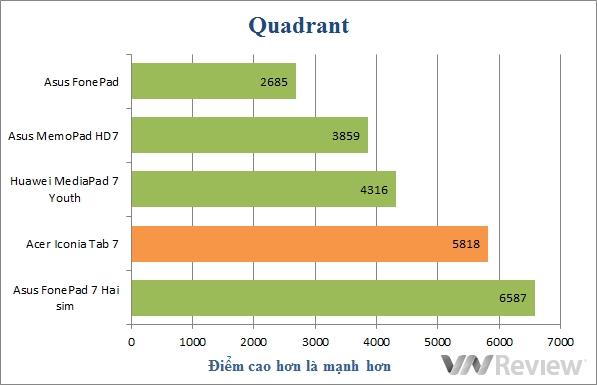 During 1 week of using, I installed 2 SIM cards of Viettel and Mobifone to see that the intercom was stable, there was no phenomenon of dropped calls and clear conversation quality.

Acer Iconia Tab 7 uses a battery of 3400 mAh capacity for an average time of use. Specifically, the device offers continuous listening time of 14 hours 47 minutes, 4 hours 6 minutes of movie watching time and 3 hours 38 minutes of game play. The battery charging time is about 3 khoảng hours. 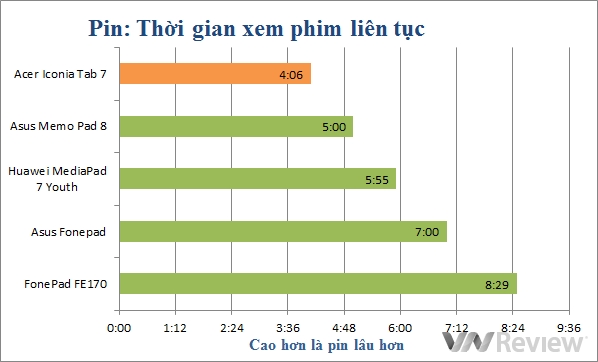 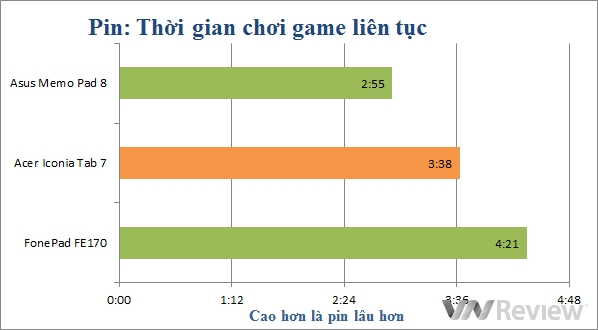 Tablets are devices that are entertaining, so battery life, performance as well as screen quality are factors that users are very interested in. In its segment, Iconia Tab 7 has not created a breakthrough. Through practical experience, this tablet performed quite well in performance, battery life was average but the screen was a bit dull. The camera of the device is also at the same level However, Acer Iconia Tab 7 supports 3G and can be called to call, text similar to a smartphone and has an attractive price that is worth considering.