APISAK – a well-known hardware leaker – has just discovered the Intel Core i9-11900K (Rocket Lake) CPU running at 5.3 GHz (single core) in the Geekbench 5 and PassMark benchmarks. Even more surprising was that it beat all AMD Ryzen 5000 series (Zen 3) chips in the single thread test.

This also confirms that Intel was right in claiming the Core i9-11900K had 5% more performance than the Ryzen 9 5900X in single-threaded tasks at CES 2021, promising to do ” Scrambling “CPU benchmark rankings for the time being.” 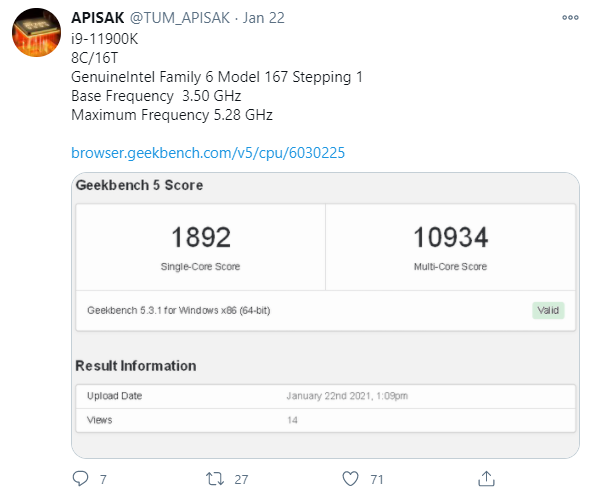 If the above numbers are correct, Intel seems to have regained the lead in single-threaded performance from AMD. Let’s wait and see when Rocket Lake is officially released, what will be the real damage.